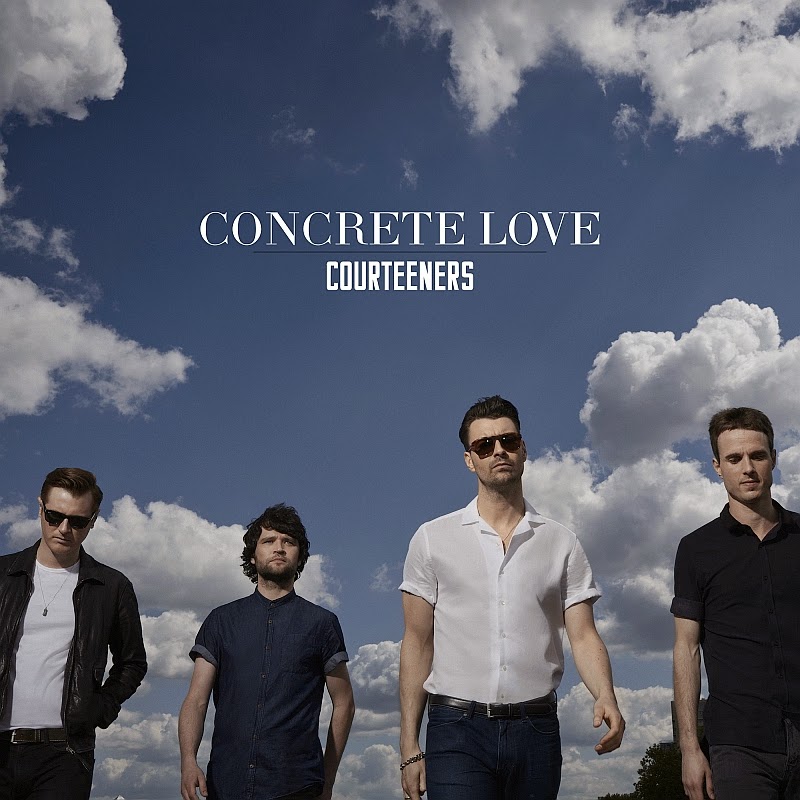 In a surprise announcement, The Courteeners have revealed the release of a new album Concrete Love on August 18th.

The album will feature eleven tracks - White Horses, How Good It Was, Small Bones, Has He Told You That He Loves You Yet, Black And Blue, International, Next Time You Call, Summer, Saboteur, Dreamers and Beautiful Head.

Summer has been previewed this morning on XFM and the band have uploaded the audio of the track to youtube.


Concrete Love will be available on cd, cd and dvd of their Castlefields Bowl show last summer, white vinyl and download.  Signed versions are available from their webstore.

The follow-up to last year's Anna comes as somewhat of a surprise given the band had claimed to be on a break after completing promotional duties for that album at the end of last year.   However, they are scheduled to play at Reading and Leeds Festival and to support The Killers in Glasgow the week after the album release.

Email ThisBlogThis!Share to TwitterShare to FacebookShare to Pinterest
Labels: The Courteeners