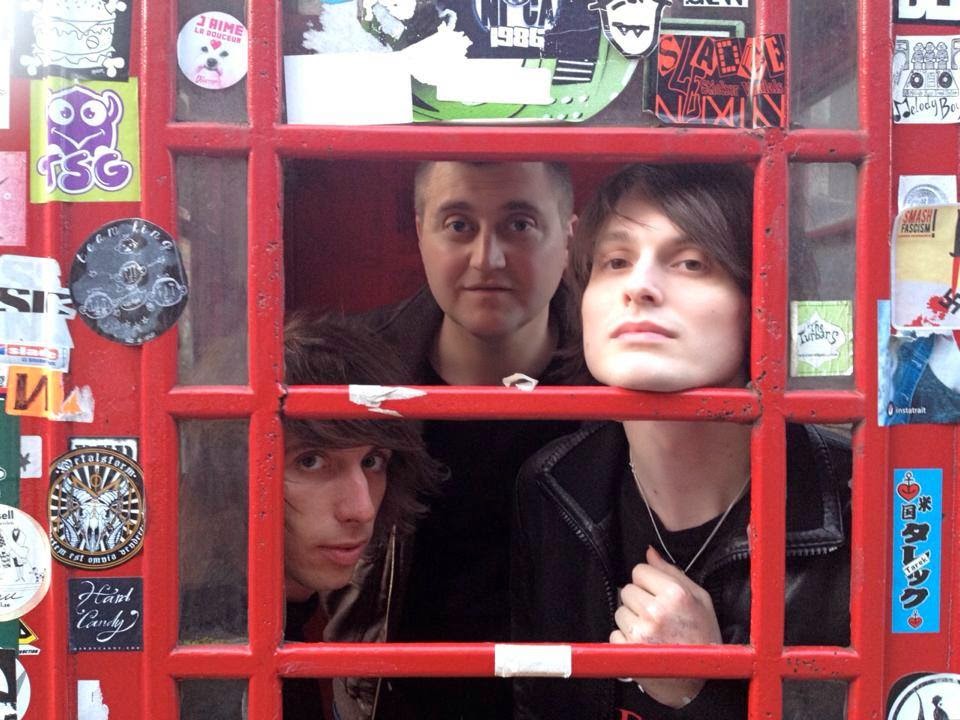 Trampolene are one of the most exciting new bands on the live circuit at the moment. High energy, low fuss rock and roll music with little frills and plenty of thrills.  We delve a little deeper to tell you a bit more about one of our favourite discoveries of the last twelve months.

Trampolene hail from South Wales.  They're a three-piece featuring singer, guitarist and full-on enigma Jack Jones, bassist Wayne Thomas and a drummer who goes by the name of Mr Williams.  They've done little press so far, they don't say much at their gigs and they let their music do their talking.


In a whirlwind ten months they've already released 14 songs, enough for a debut album.  Debut single  You Do Nothing For Me / Adrenaline came out in August 2013 and was followed three months later by a two-track 7" / four-track EP with lead track Bourgeoisie Girl as well as two free downloads still available from their site - It's Not Rock N Roll (Live) and I Don't Know.  Their most recent release is the Alcohol Kiss pocket EP, available as a three-track 7" or 6 track download, which also came as a 50 copy only USB stick.
In a music industry increasingly bereft of personalities, Jack often takes to stage in a (hopefully fake) fur coat and recites a song, if you can call it that, called Artwork Of Youth, which recalls plenty of interesting firsts from his childhood (people he fancied, people getting blow jobs, teachers giving him lines for starters) and finishing with him being the "first to get out, thank fuck for that."   They often don't pause for breath between songs, crashing from one adrenalin-fuelled blast to the next.  It's difficult not to get caught up in that energy, because there's so few bands at the moment that can trade on raw unbridled passion in the way Trampolene do.