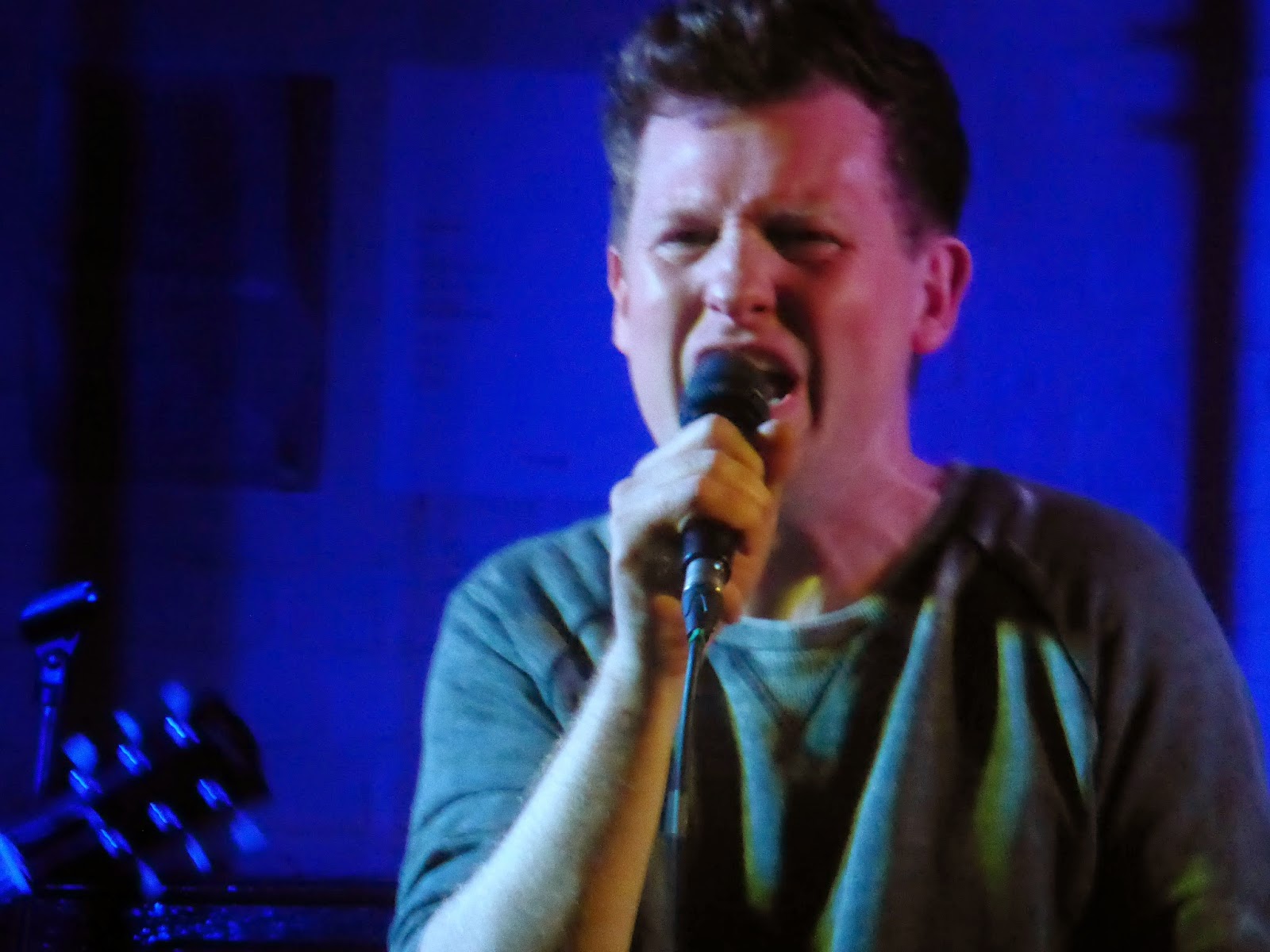 Back in the heady days of late 1990s Britpop, one band stood out from the crowd because of the voice of their front man - Andrew Montgomery. Geneva, hampered by the press backlash at the second wave of bands and the financial meltdown of their label Nude, released two stunning albums Further and Weather Underground. Andrew released his debut solo album Ruled By Dreams last year and we caught the final date of his UK tour at The Compass in Chester.

Solo careers can always be tricky things; shaking off the audience's desire to hear the songs that attracted them in the first place and to listen to something that may be very different in style and impact is never easy and it's the reason why most of them are not as successful as band careers. There's been a passing of time since Geneva folded around the turn of the decade, punctured by a short-lived stab at coming back with Amityville in 2004-5. As life got in the way, he found his musical collaborator Sean McGhee, played the occasional rare solo slot, often unaccompanied by any music, and built the set of songs that form Ruled By Dreams which finally saw the light of day at the end of last year. 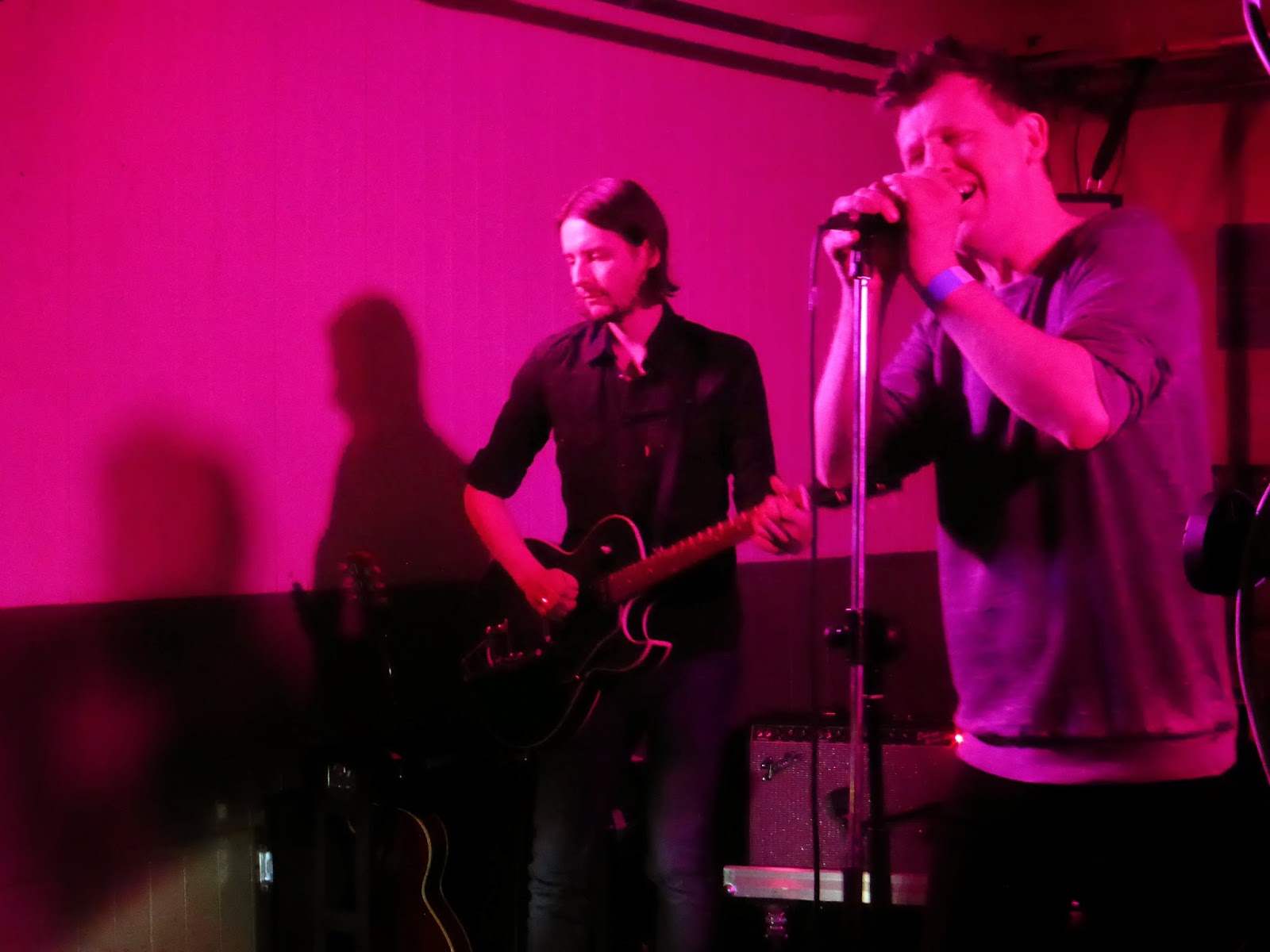 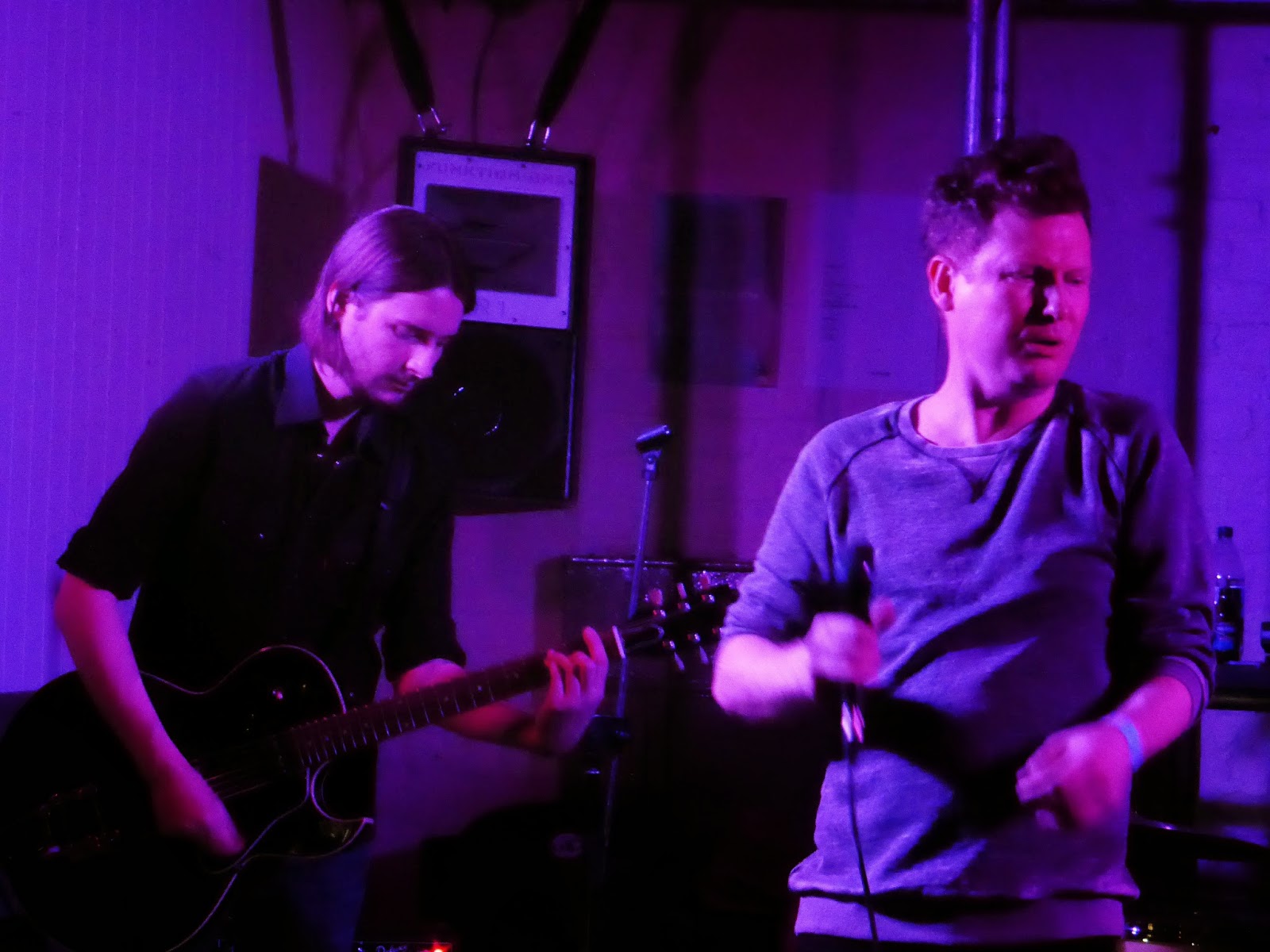 Tonight's set mixes seven tracks from Ruled By Dreams with five from his Geneva past and strikes the perfect balance, although, for this writer, I'd have loved to have heard the whole of the album including the absent I Sing The Body Electric which silenced a North London church a couple of years ago at one of those shows. With all due respect to The Compass, and the sound man does a fantastic job of ensuring the right mix, this voice, these songs, the scale of them needs a much bigger room, a much bigger stage for them to emerge from the cocoon of a limited edition release to a wider audience.

The focus is of course the voice and time has made it even more expressive as it soars from nowhere to scale the highest notes and then dropping back down, mastering everything in between.  Ruled By Dreams is an astonishing record, whether you're familiar with his past or not, exposing the starkest darkest emotions that pour from the heart and soul of songs such as Memento and Sorry Someday as if music is performing the role of exorcist.

The Geneva songs act as a counterbalance to that, particularly the three singles from Further - Into The Blue, No One Speaks and Tranquilizer - that brought them to wider attention. Despite the more intimate surroundings and the disappointing turnout, Andrew performs them as if he's back in the bigger halls that Geneva frequented at that time and, unlike so much of that era of Britpop, the songs have aged incredibly well. The trio of musicians around him, Oliver McLaren on guitar, Alex Stack on drums and Sean McGhee on bass and vocals ensure that's the case as well as providing the dramatic backdrop against which Andrew can cast his spell. 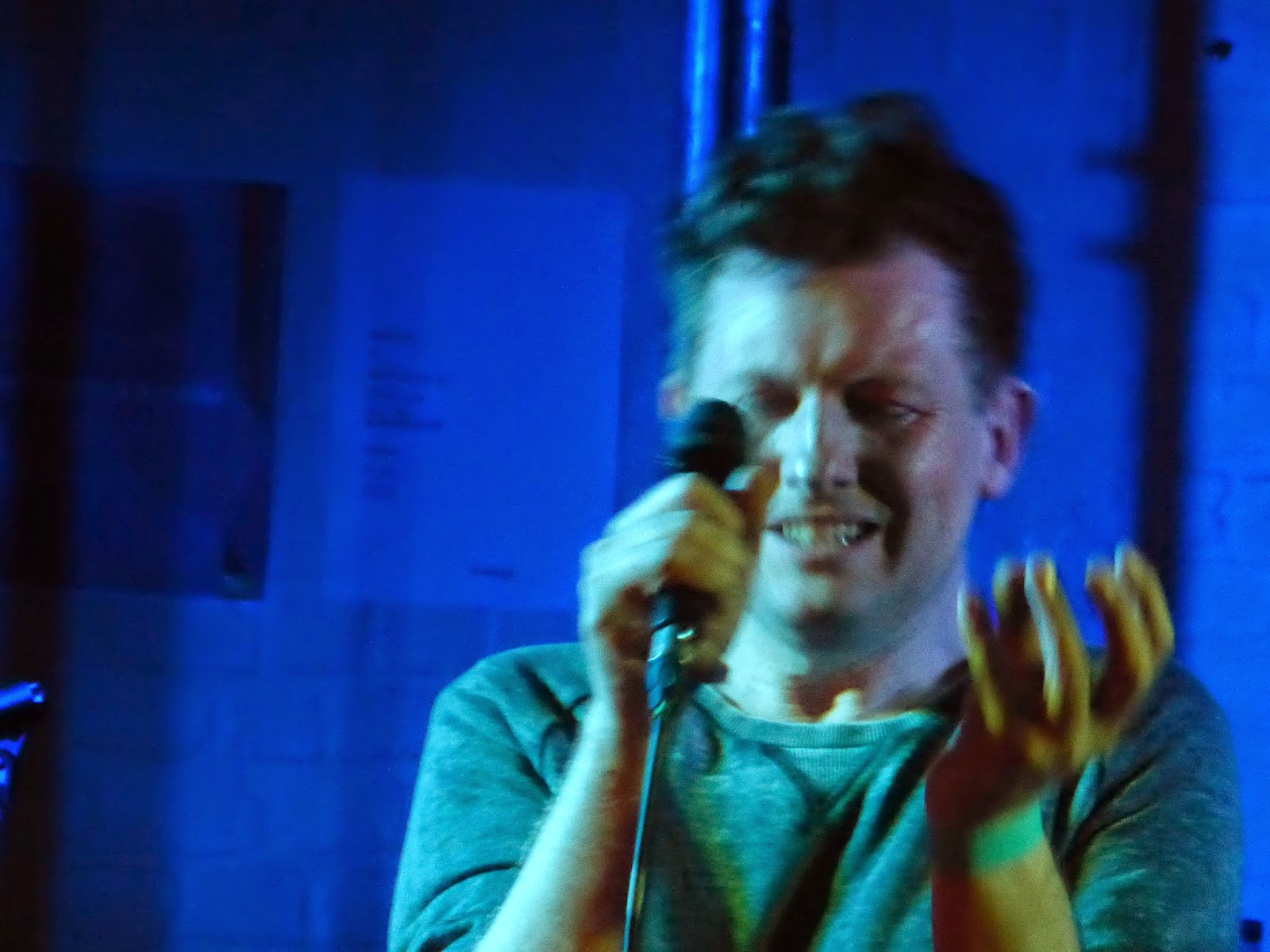 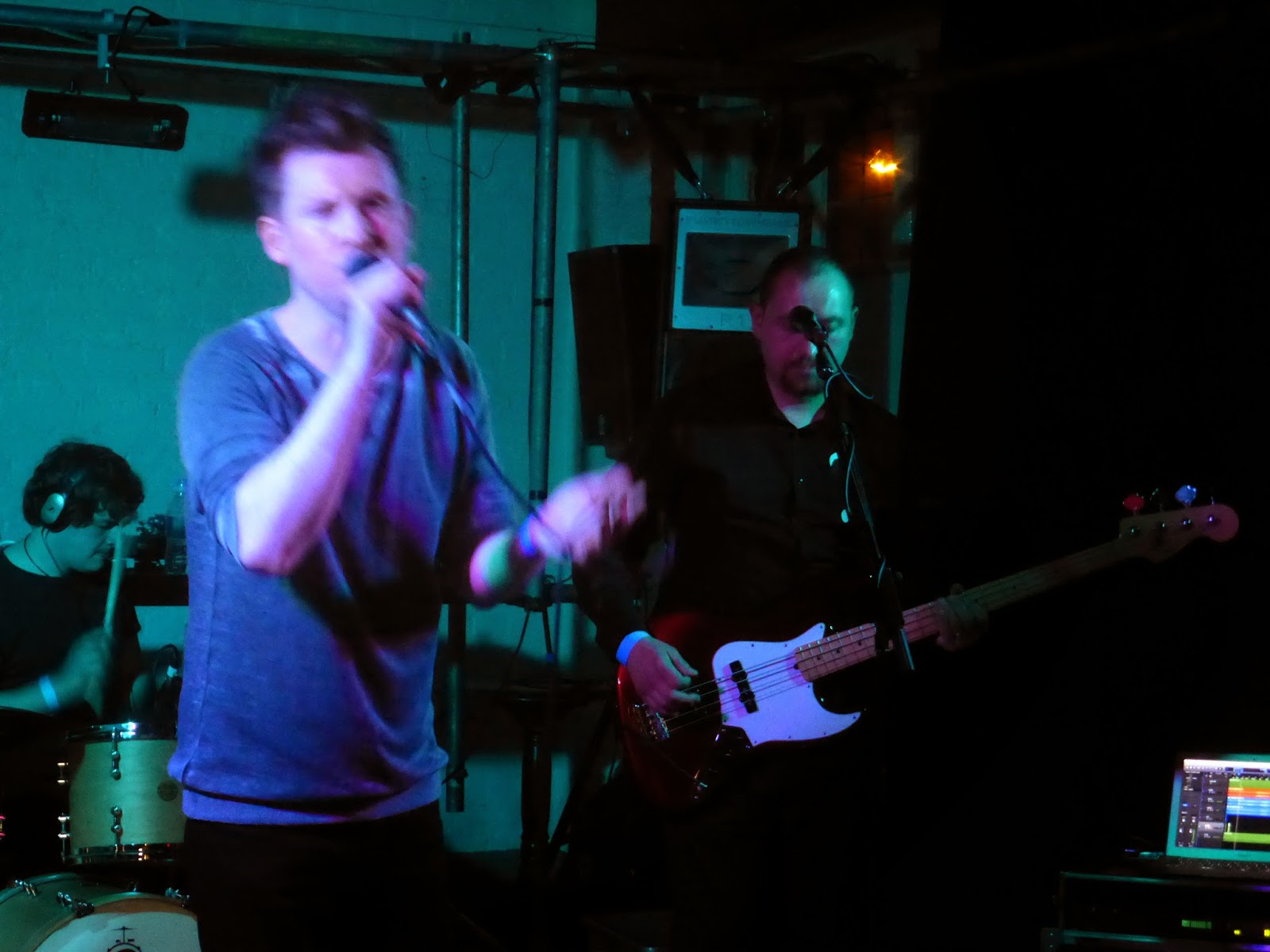 As the set closes with an encore of the opening track on Ruled By Dreams, After The Storm, Andrew makes his way over the monitor that forms the barrier between crowd and audience and sings to each and every one of us then either shakes our hand or hugs us according to our preference. It feels like the ultimate connection between artist and audience, but utterly in keeping with what's gone before it.

Andrew played Waiting For Me, Temporary Wings, Sorry Someday, Into The Blue, Memento, Museum Mile, Zhivago, La Graciosa, No One Speaks, Tranquilizer, Baptismal and After The Storm.


Ruled By Dreams is out now.  A limited edition CD and a digital download can be purchased from Andrew's Bandcamp site.