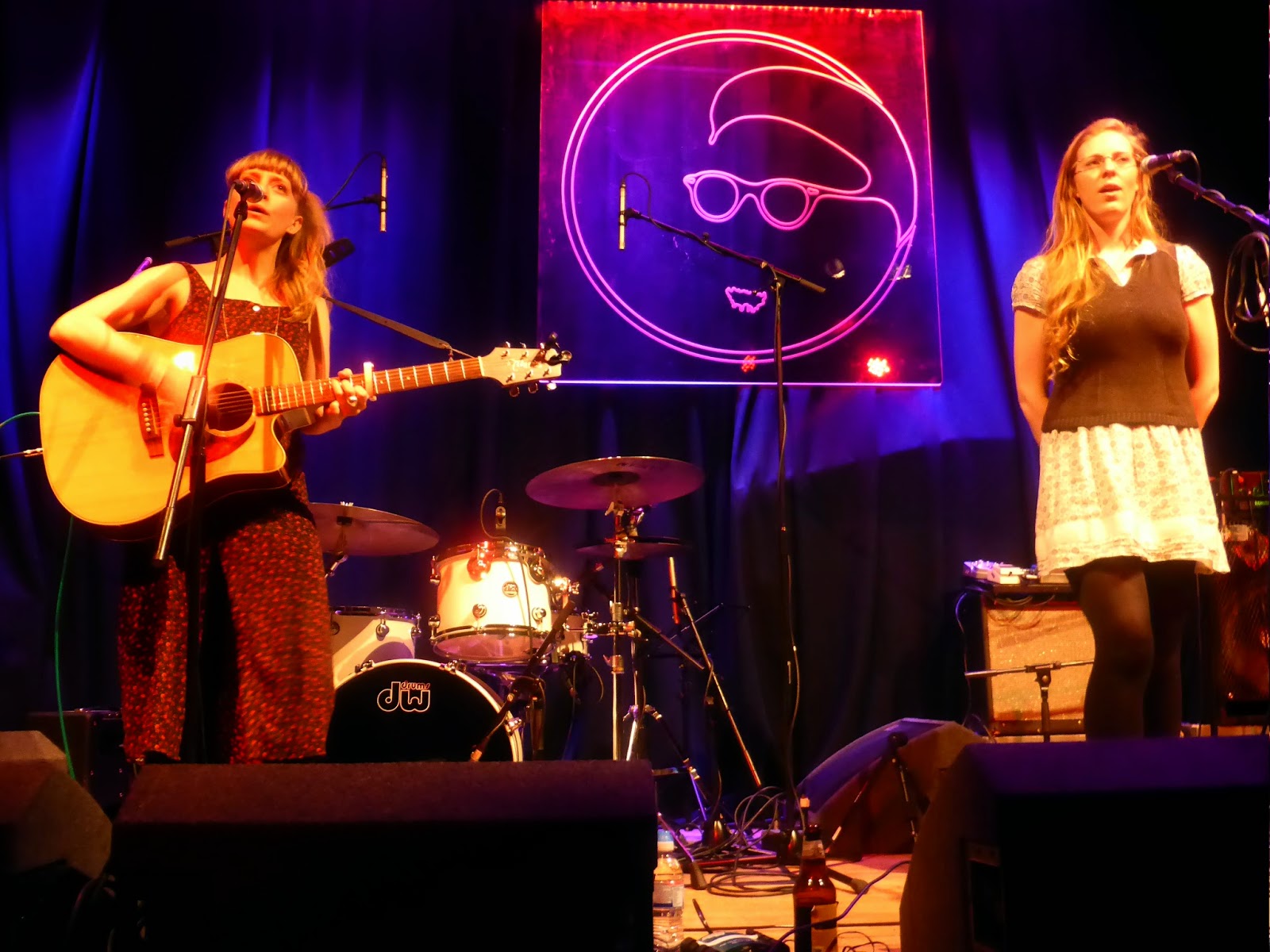 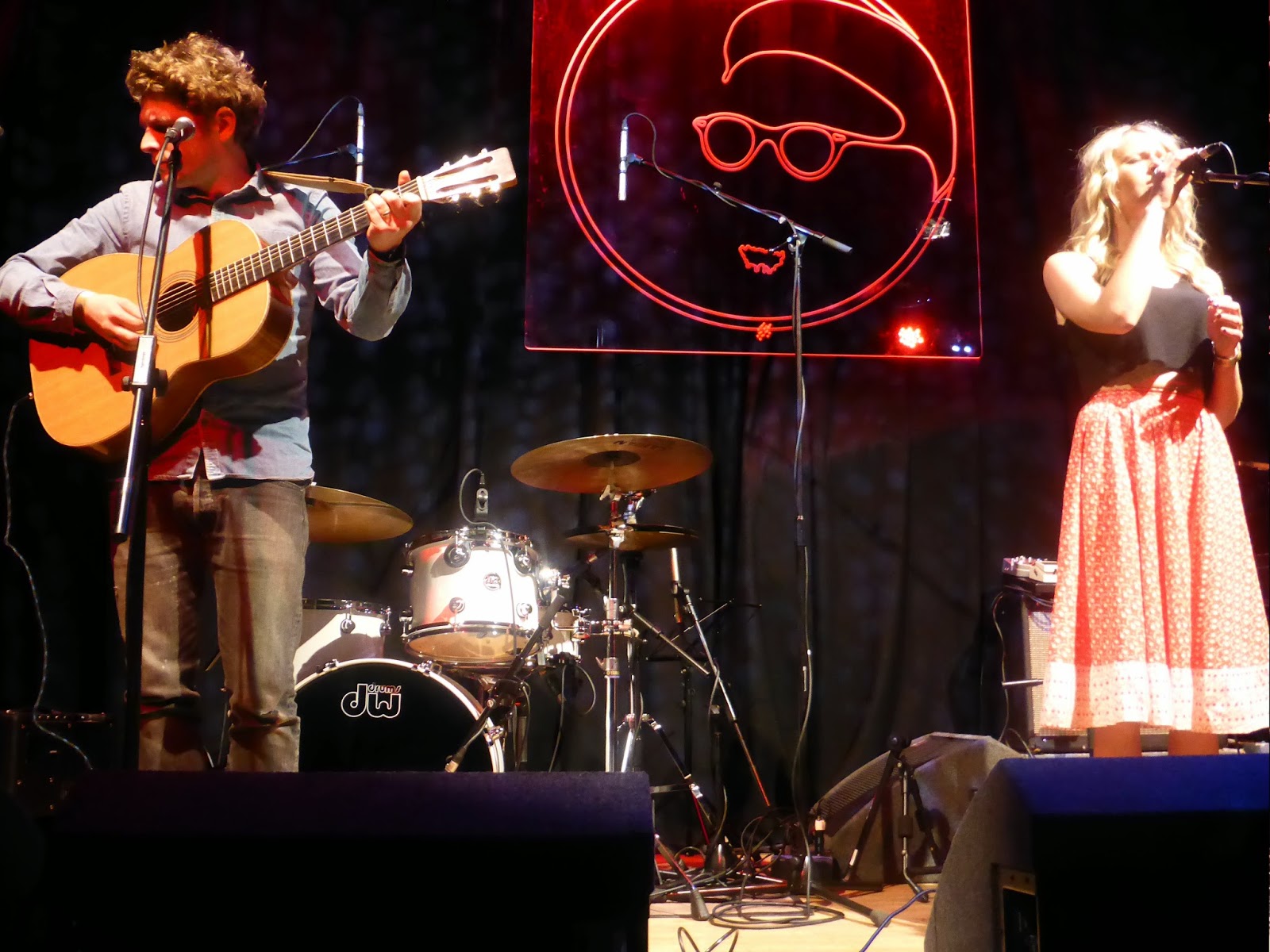 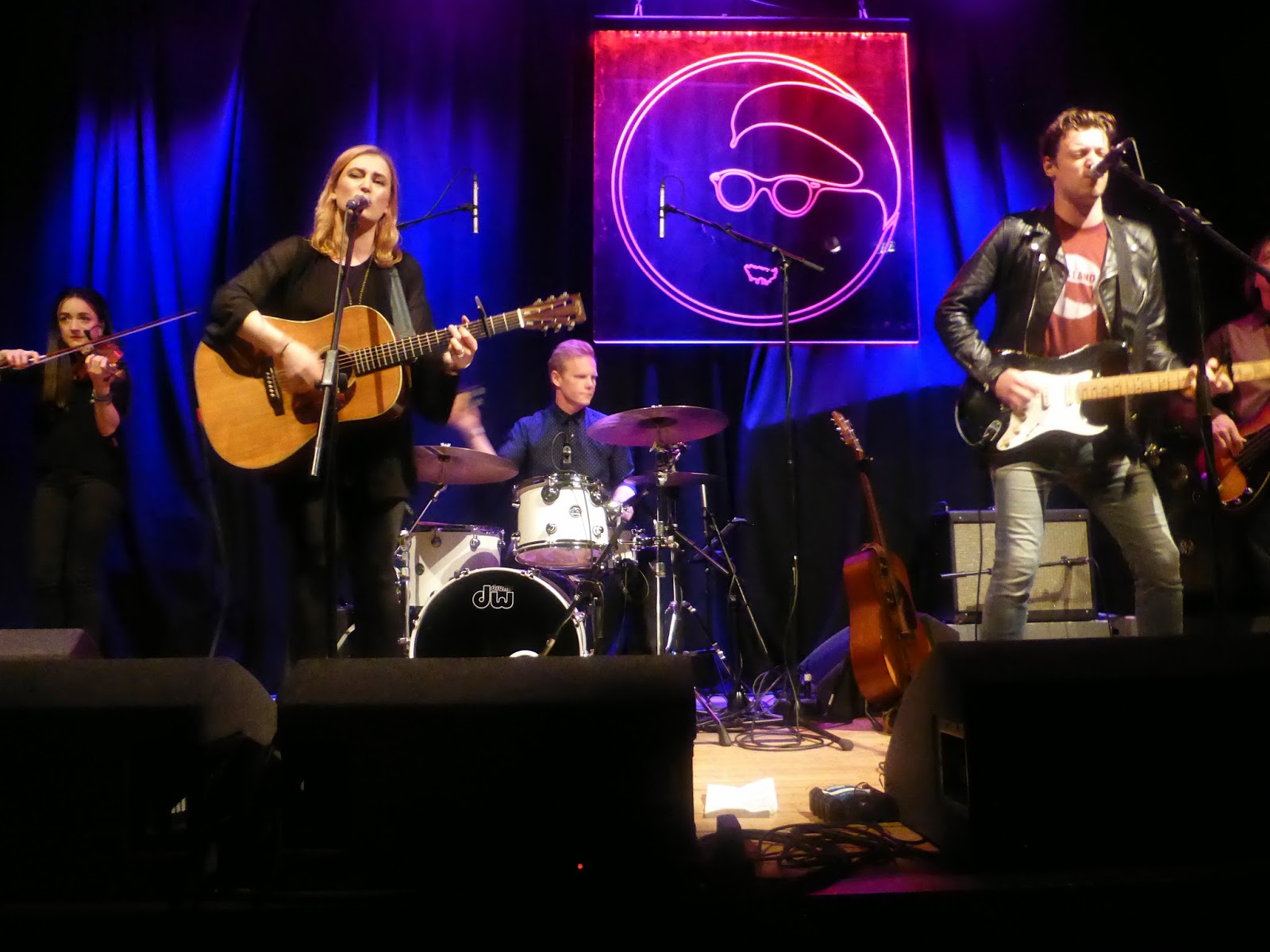 The Rails' last show in Manchester at Gullivers went down as legend in some quarters. They came back to the more salubrious surroundings of the Band On The Wall accompanied by Colne's finest Bird To Beast and local-based duo Lucy & Virginia. It's very rare you get such a great trio of bands on the same bill so we went along to check them all out.

Opening the evening are Lucy & Virginia, ostensibly a duo, but accompanied by a violin player as well as two guitarists.  They swap vocal and guitar playing responsibilities throughout (we’re not introduced as to which one is which) and, in what becomes a theme for the evening, the contrast between the two voices draws the listener in as they work their way through a set of songs that possess a beautifully fragile quality that entrances the listener and you could hear a pin drop through most of their set. 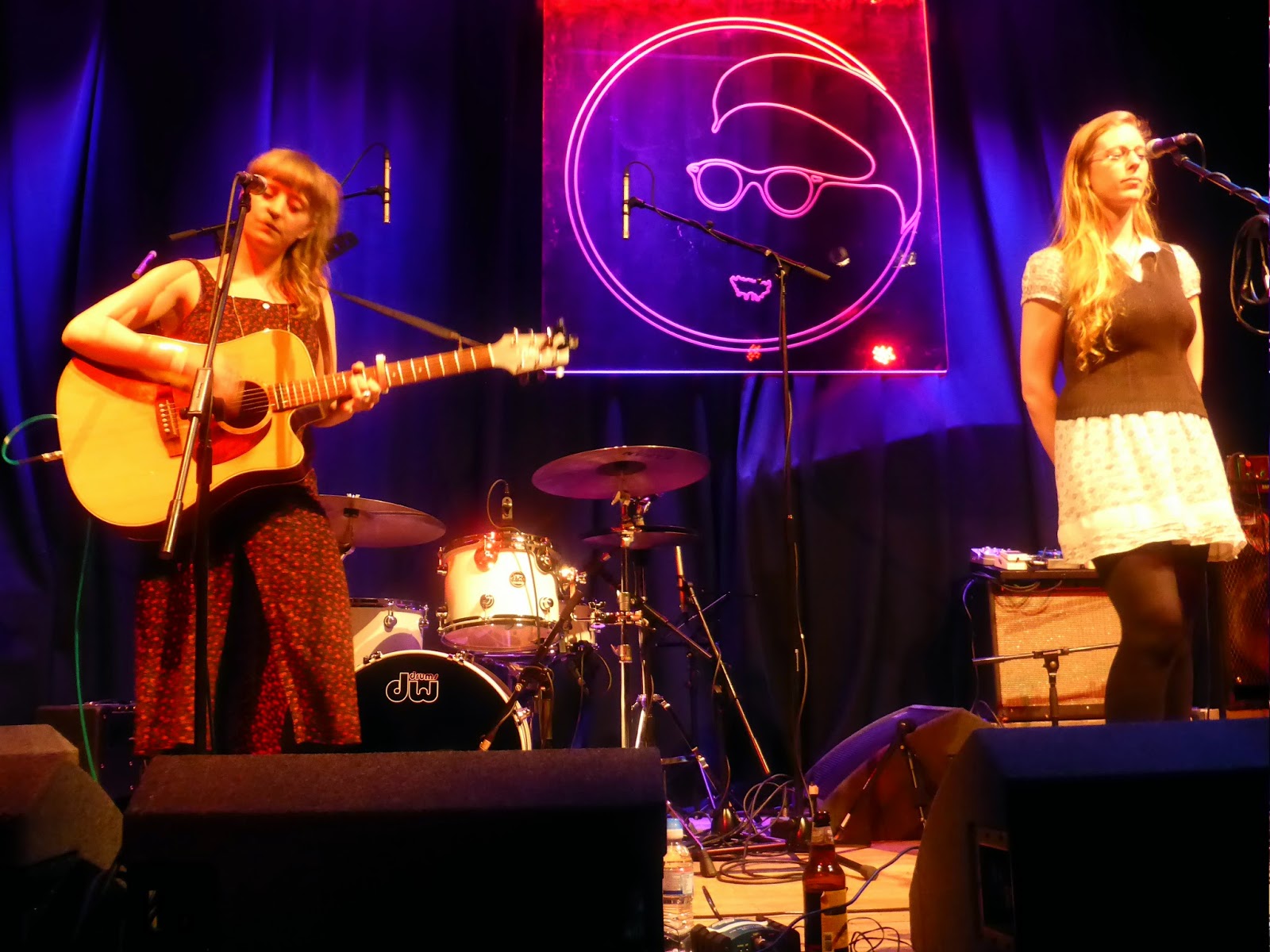 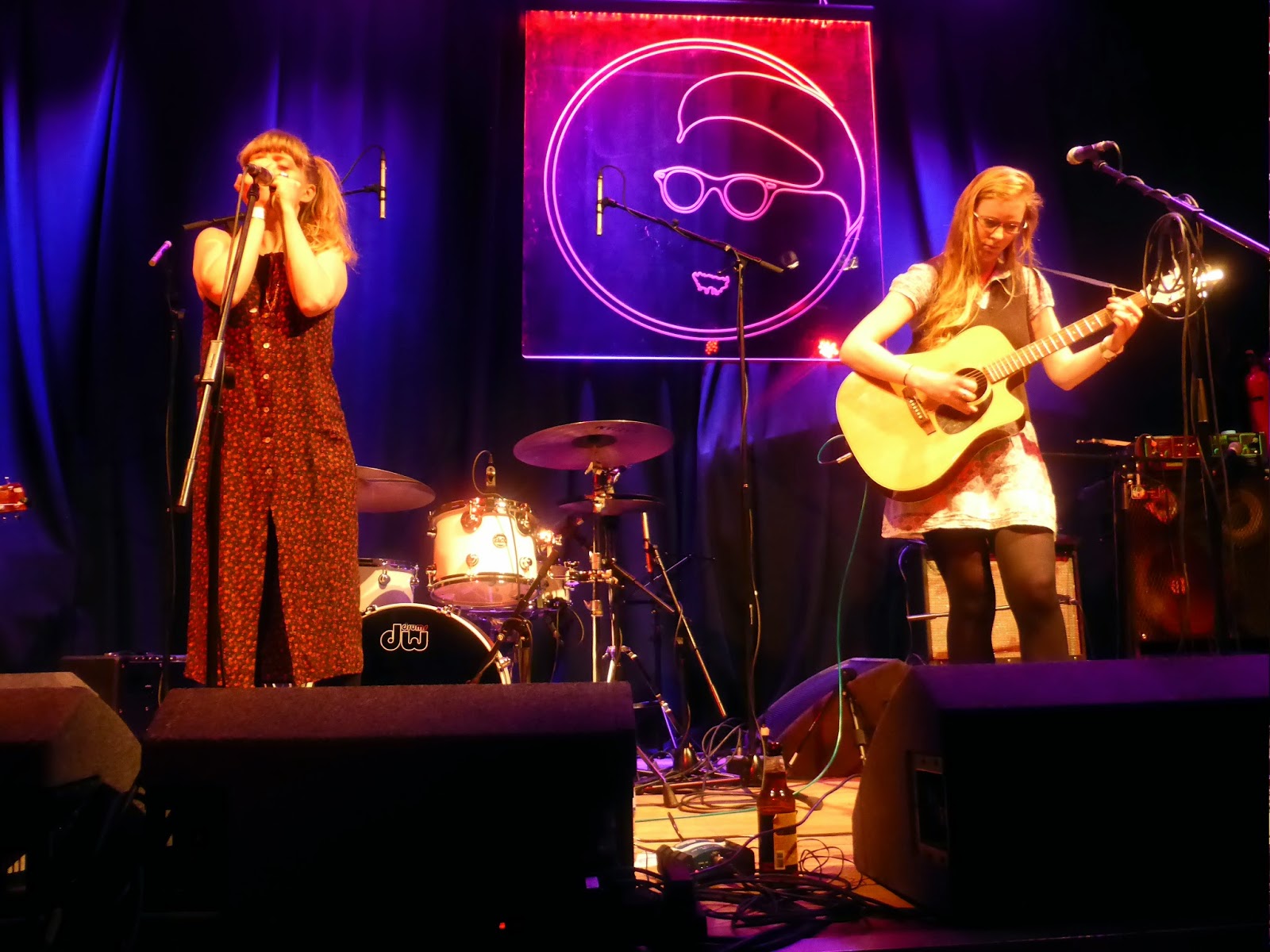 Whilst they’ve not set anything down to record yet, they’ve written more songs since we first saw them in January and already have a set of their own songs strong enough to form the basis of an album as well as a cover of Patty Loveless’ dark country tale of coal mining You’ll Never Leave Harlan alive.

This is Bird To Beast’s first gig for a few months as they prepare the songs for their second album, hopefully due later this year. They reveal six of the songs they’ve written for that record as well as three from their debut and they appear to have mined a rich vein of great songs to complement the likes of Catacombs and Elephant in their set.  In the period since they released that first album, they’ve developed their sound, toughened and tightened up and found the right balance in the luxury position they have of two absolutely top-notch vocalists in the band. 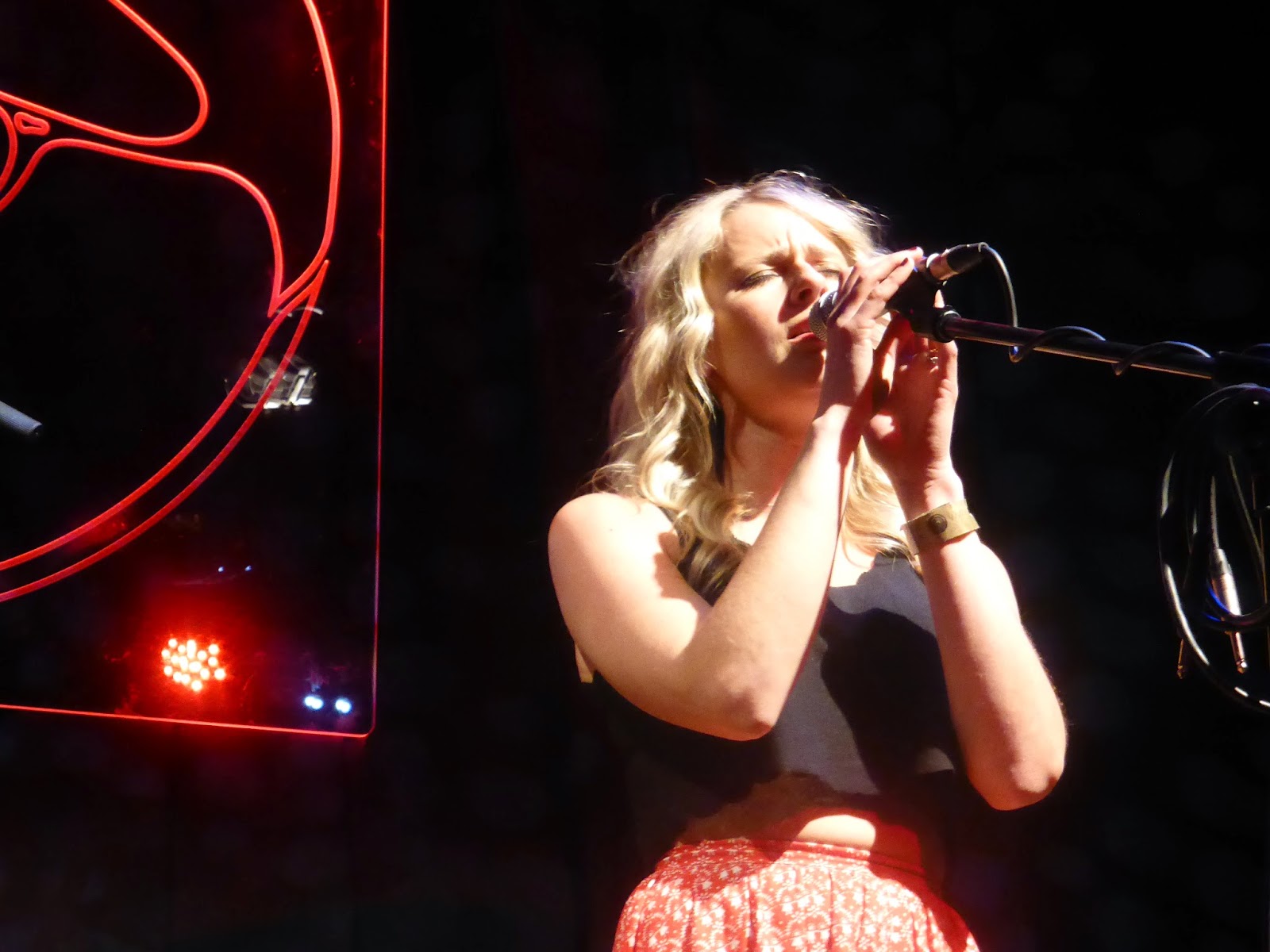 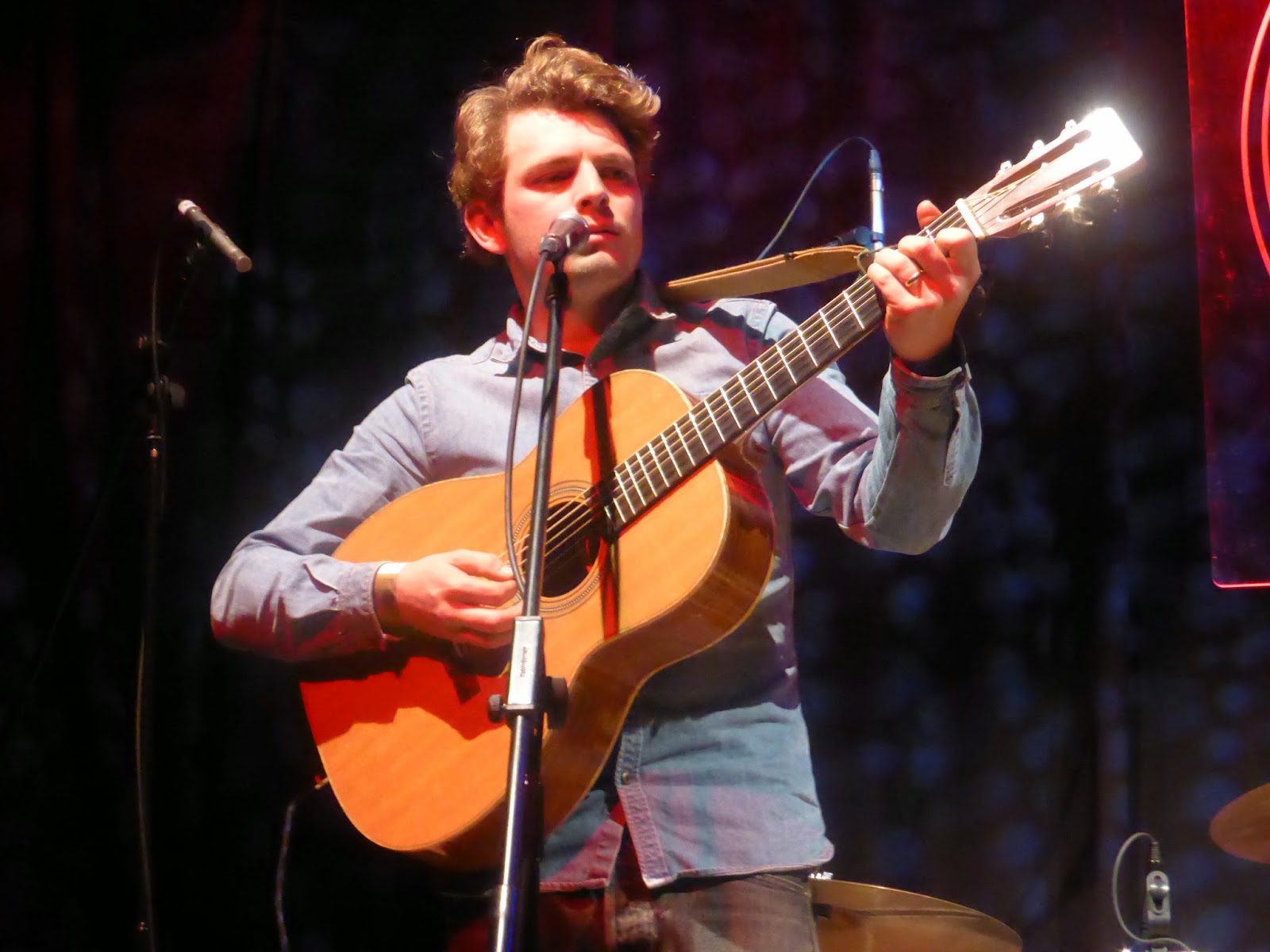 What makes Bird To Beast stand out is the interaction between Sam and Hannah, visually, vocally and in their between song banter. Sam’s rich deep voice, which echoes of OK Computer-era Thom Yorke in parts, contrasts with Hannah’s ability to reach high notes when singing or harmonising to create something quite intoxicating.

When Hannah takes centre stage on keys on the solo Crazy or accompanied by Sam on violin on the epic widescreen closing Final Bow, it’s the range of her voice that astounds and captivates the audience. However, the likes of Old Fashioned Girl and Skin show they’re equally adept at finding a perfect balance between their two vocal styles.  Whilst there’s nothing quite as (commercially) immediate as Catacombs and Elephant in the new songs, it’s impossible not to feel that Bird To Beast are about to drop an album that will stun us with its sheer beauty. On a bill of three fabulous bands, they manage to steal the show. 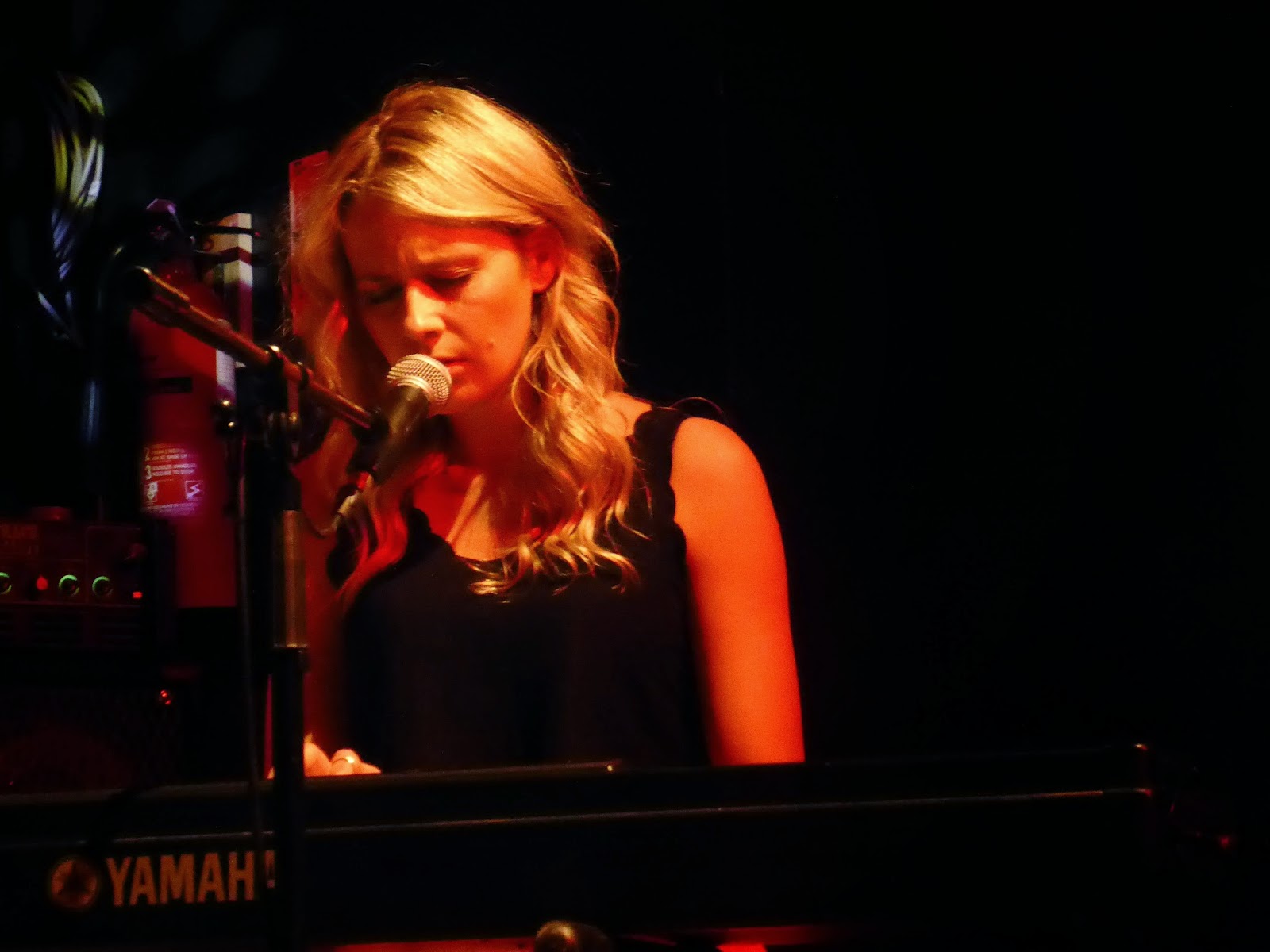 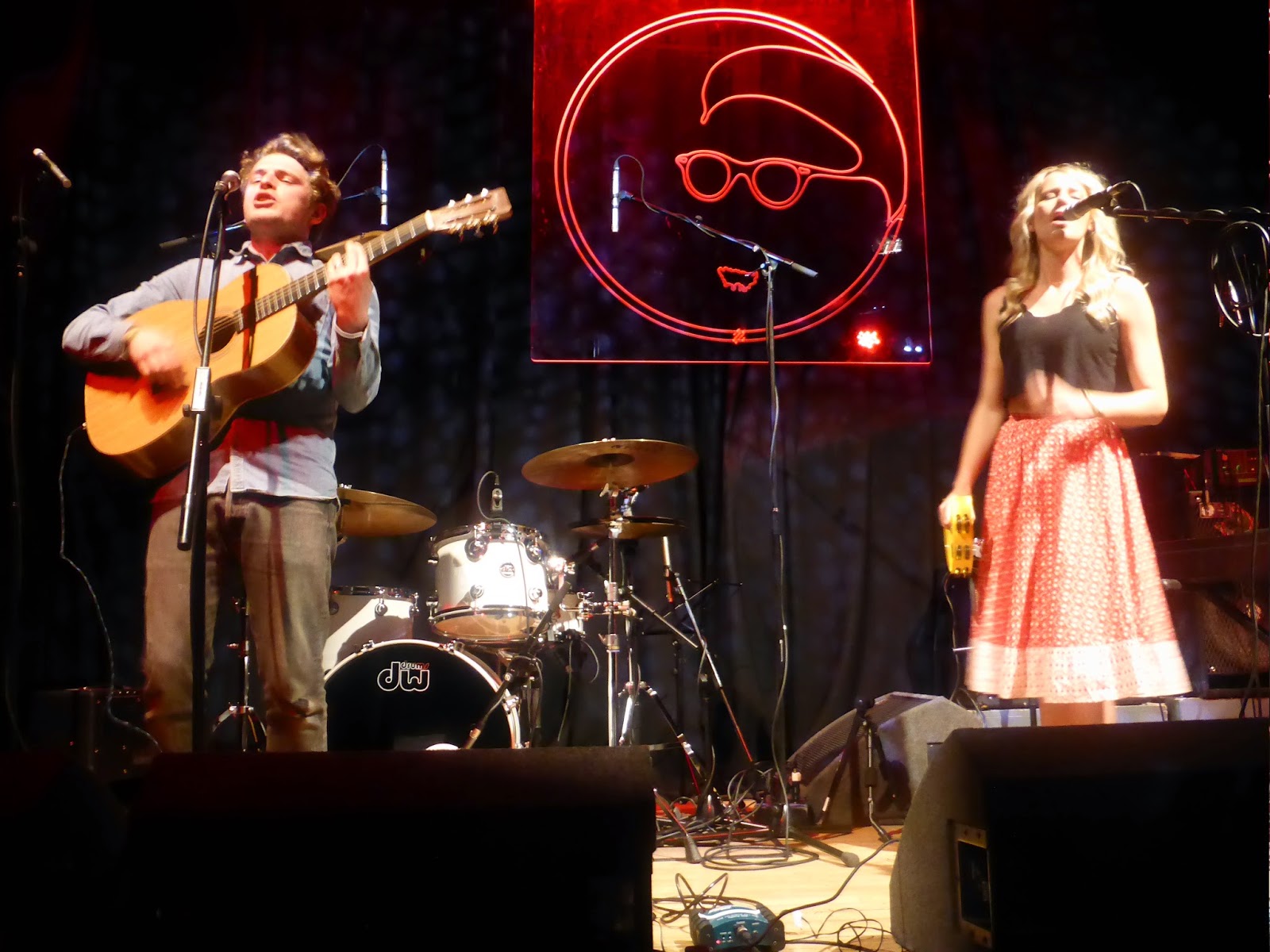 It’s an almost impossible act for The Rails to follow, but the expanded six-piece line-up don’t take any prisoners. Whilst they’ve been lumped into a folk-scene, their live sound is far heavier than that, James Walbourne’s guitar pyrotechnics ensuring that this is closer to a full-on rock show in parts.

Like Bird To Beast before them, there’s a contrast between Kami Thompson’s soothing, lilting, lifting vocals and Walbourne’s rougher world-worn style that works perfectly with the set of songs they perform. Dark takes on sea shanty concepts such as Bonnie Portmore and Jealous Sailor benefit from this juxtaposition as well as the chemistry between the two. They’re augmented by a bass player who tells us a story about the Judas Dylan incident at the Free Trade Hall, a drummer who captures perfectly the mood and tempo of these songs as well as a violinist and a multi-instrumentalist. 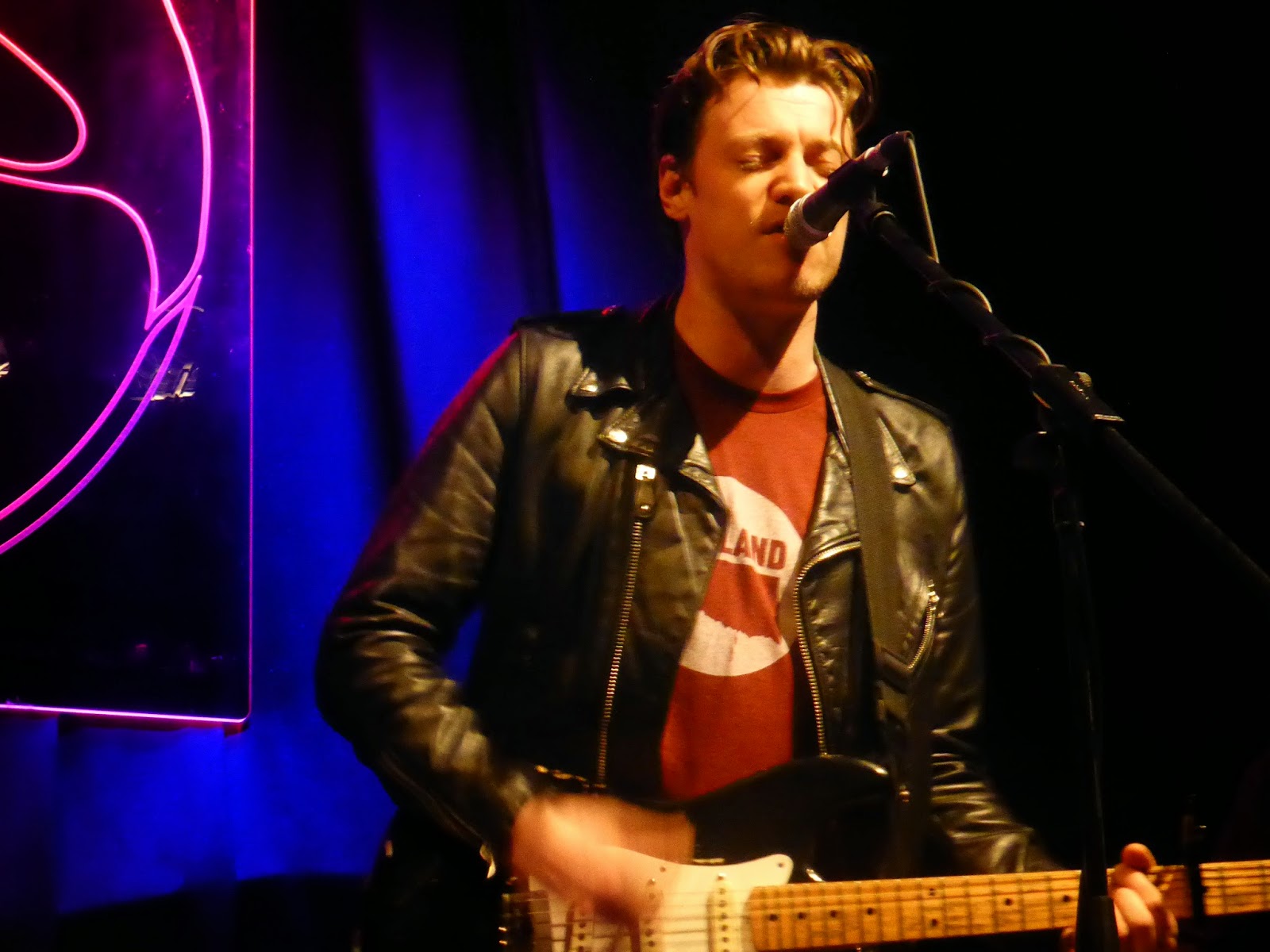 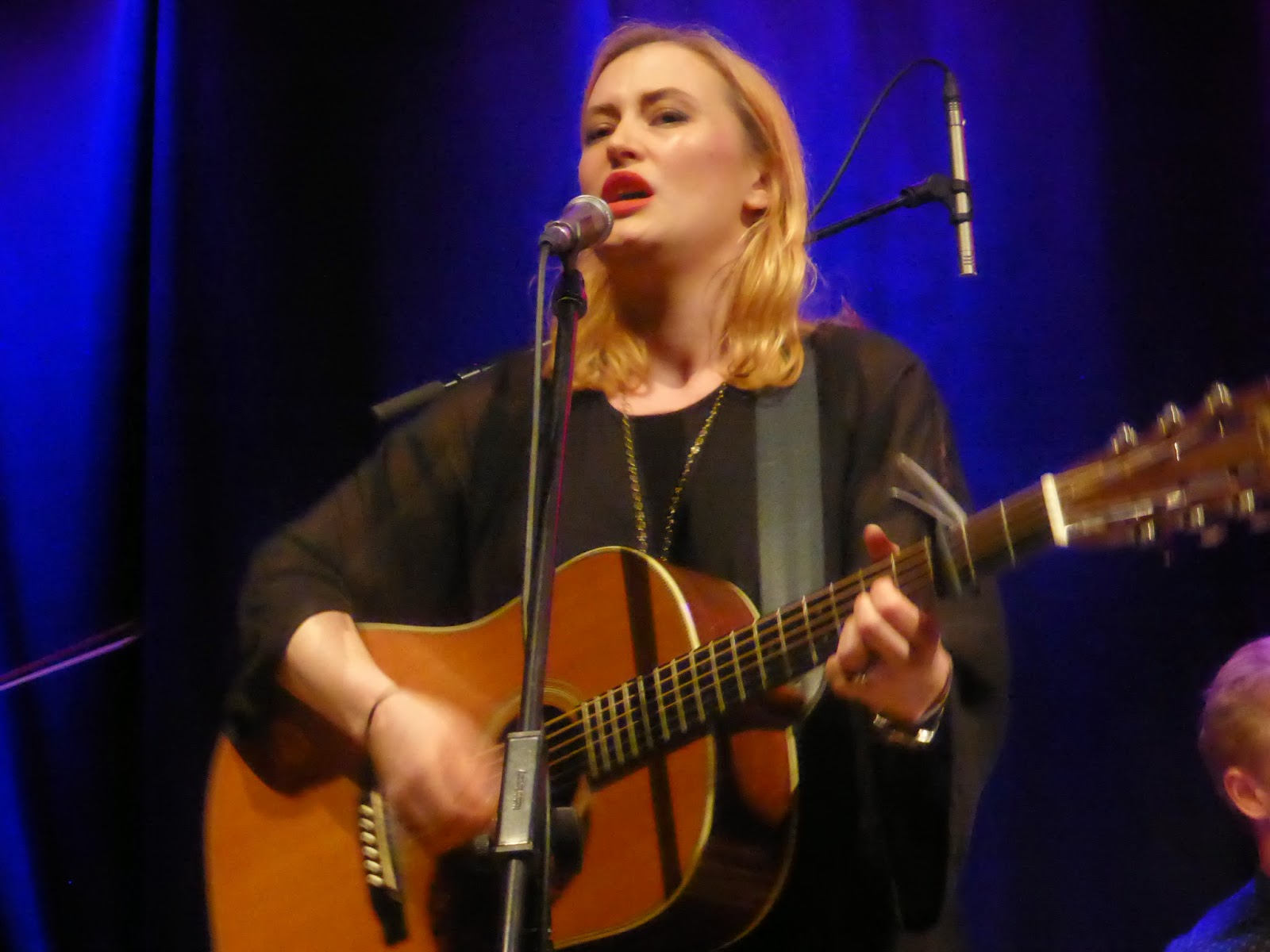 They’re equally adept at slowing things down as well particularly when they revert to a two or three piece for a mid-set acoustic set that includes a cover of Lal Waterson’s Marvellous Companion and reveal a couple of tracks from an acoustic project they’re working on alongside their second album.

They finish off the set by letting go on a trio of the highlights from Fair Warning featuring Panic Attack Blues, the title track and the set-closing Borstal. What makes them such an exciting live band is that the intensity of the set and its performance doesn’t drop throughout. They finish the evening off, way past curfew, with a caustic encore romp through Gypsy Gate.

Thompson and Walbourne, as is the wont of married couples, trade insults between songs, particularly before Send Her To Holloway which Walbourne wrote about sending an unspecified woman to prison and joke about a tour that Thompson’s extended family completed recently and engage with their audience, who rise at the end for a standing ovation.

All-in-all, this was a thoroughly enjoyable evening of three strands of what would get classed as folk music, intelligently curated and put together as each band focused around the interaction between two individuals albeit in three very different contexts. The Rails demonstrated that the hushed reverence in the whispers about them in folk circles and beyond is fully justified, Bird To Beast showed that they are on the cusp of blossoming into a truly special band and the raw promise of Lucy & Virginia augurs well for their future.

Email ThisBlogThis!Share to TwitterShare to FacebookShare to Pinterest
Labels: Bird To Beast, Lucy & Virginia, The Rails