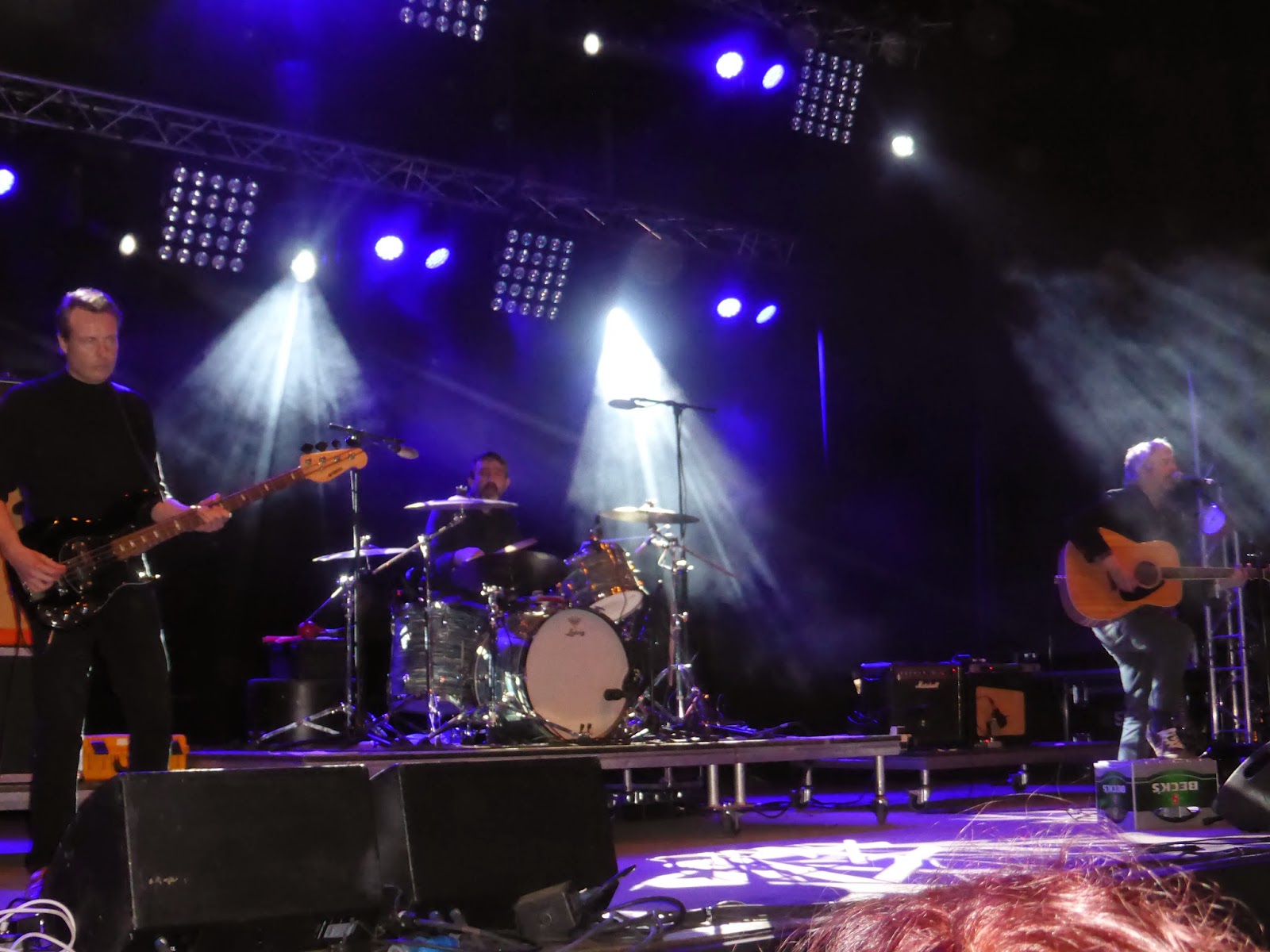 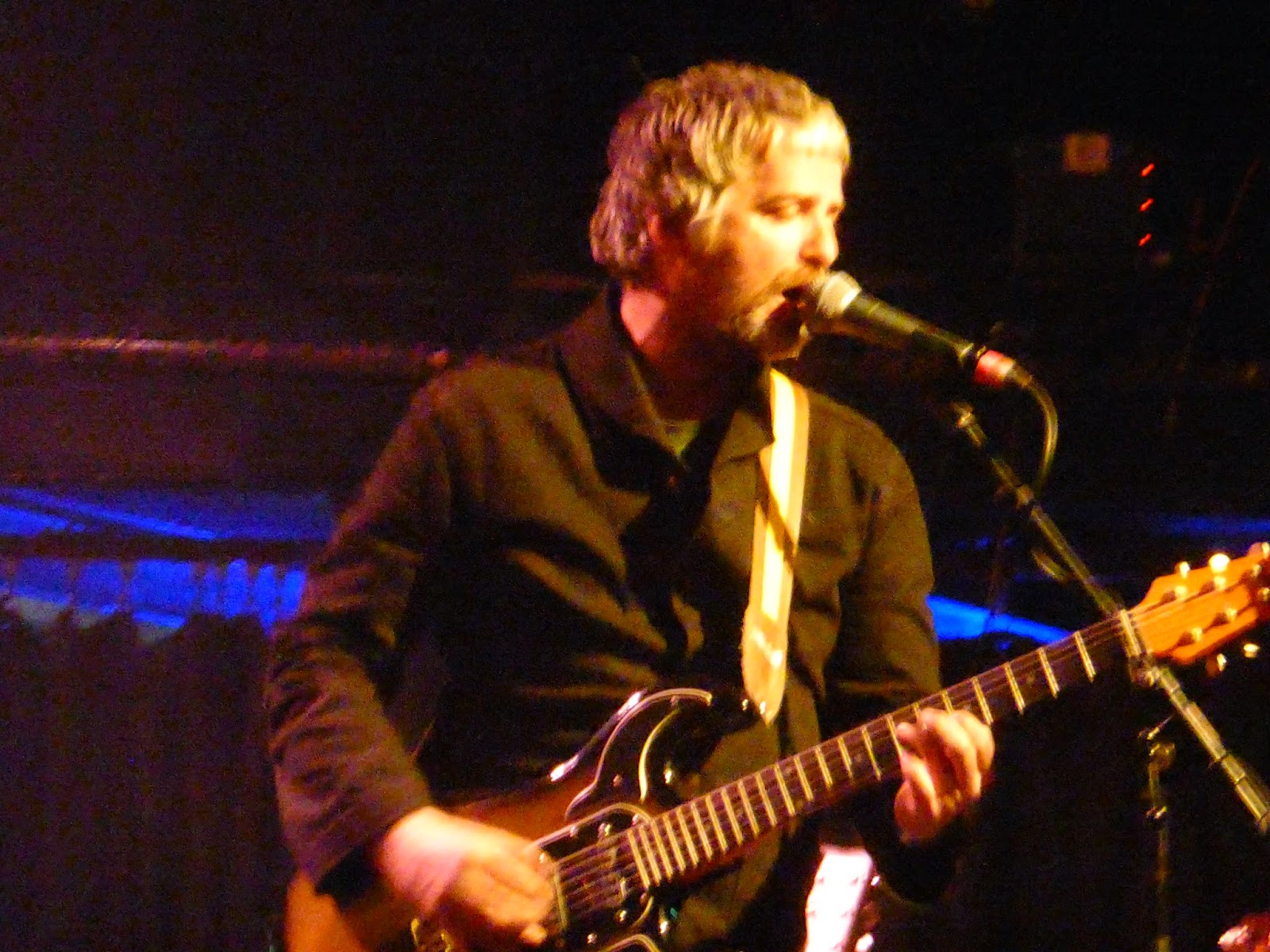 I Am Kloot's first two gigs of the year took place in The Netherlands, the first at the Paaspop Festival on the outskirts of S'Hertgenbosch and the second in the more familiar setting of Amsterdam's Melkweg. We caught up with the slimmed-down three-piece I Am Kloot as they started their year off in style.

Paaspop is a very strange festival. It doesn't have a musical genre or a target audience as such as far as we can tell. There's lots of small dance tents, the biggest name bands on the bill are Rudimental and Saxon, such is the diversity and weirdness of the line-up. The Theatre, where I Am Kloot play early evening, sees them preceded by a mind reader and superseded by a Bob Marley tribute band that ram the tent out to a rather fragrant aroma. It's a strange setting for Kloot to play in, but they take to the task with a raw enthusiasm driven by the excitement of them going back to their roots and performing as a three-piece again after a number of years of expanded line-ups and the different approach that brings to their music.

The Paaspop set focuses quite heavily on the earlier years of their career. Sadly, as they've only got an hour, John tells us early on that they won't be doing jokes, just songs. And whilst the tales John regales us about are often entertaining, the shortened format focuses us directly on the songs themselves, the interaction between the three of them up on stage. 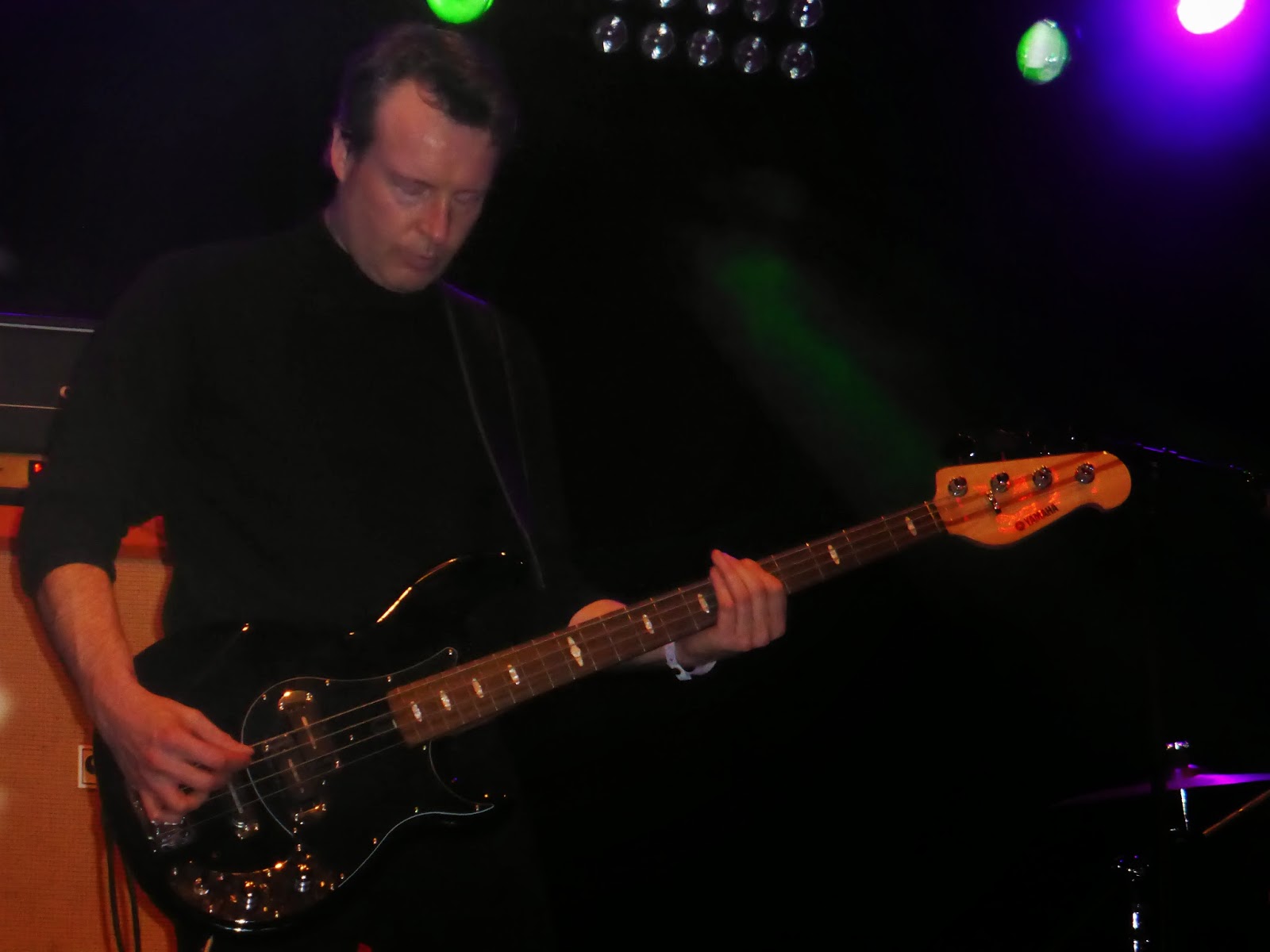 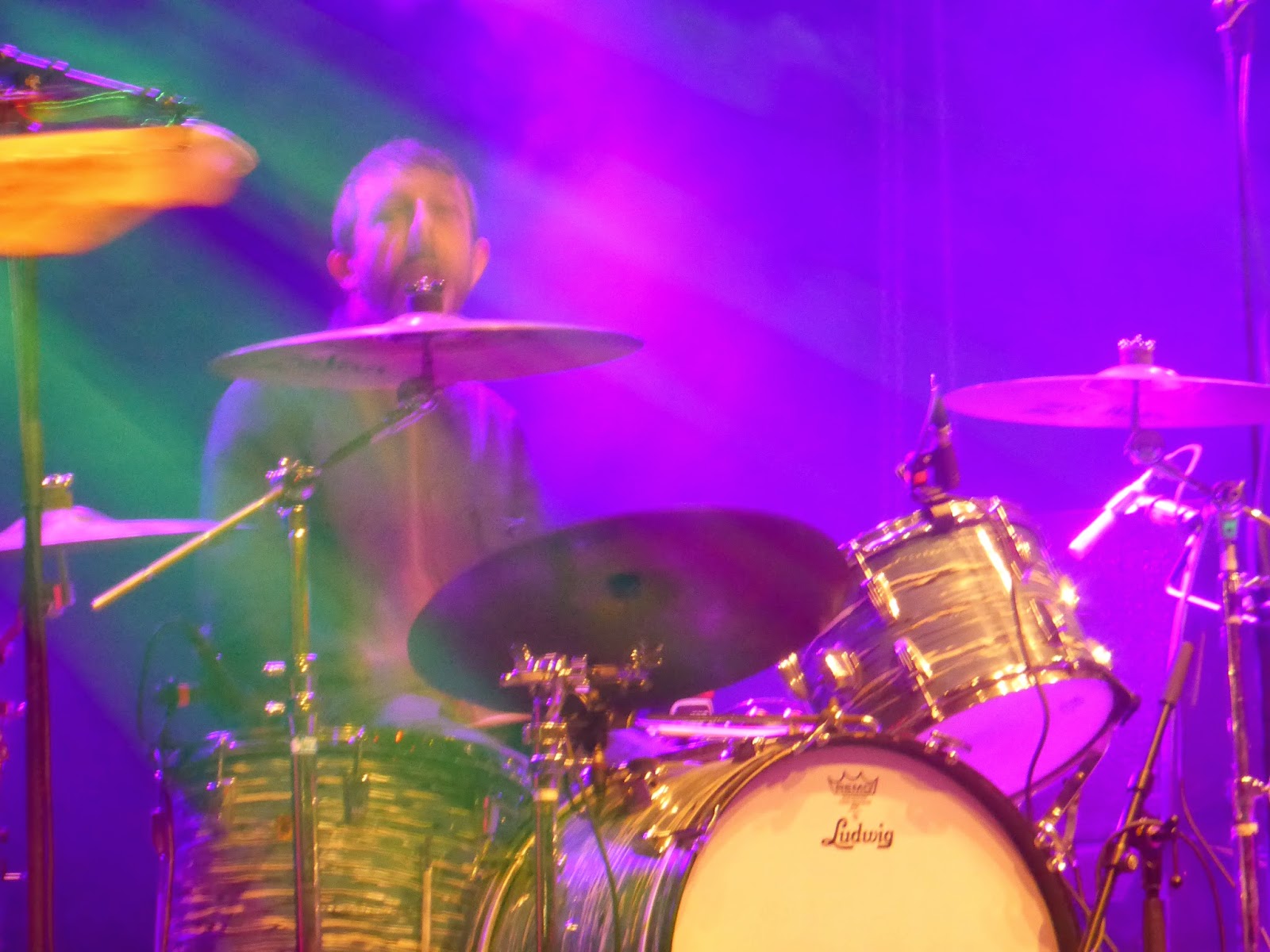 John is as immersed in the performance but also every bit as engaging as ever as he sings those words that come from the dark recesses of his mind, but which strike a chord deep within those that have followed Kloot from those early days or have jumped aboard as their star rose. He avoids the distraction of a phone being waved frantically from the front row throughout most of the set and the bizarre sight of a barrier hugger jumping the fence unchallenged to retrieve a sausage they dropped after swinging it around a little too excitedly.

Peter Jobson is now standing rather than his usual sitting, as John points out to us, and exudes effortless cool as he plucks at the bass giving light and shade to the songs in parts, but at times having the impact of a lead guitar rather than a bass. Similarly, drummer Andy Hargreaves works on the premise that less is much more, not hammering the kit, but a brush here, a soft kick of the pedal there and that's why this three-piece set-up is Kloot at their best. The raw beauty of the songs and the way they interpret them grabs most at the heartstrings when it's just the three of them and they play the songs that are truest to the Kloot ethos and allow the audience to relate to John's tales.

Paaspop isn't the ideal location for this of course. The tent is rammed for the Bob Marley tribute on after them whilst about half full for them, but there's no one you'd class as their peers or contemporaries on the bill and the festival has the feel, even more so than its UK equivalents, that the music is almost incidental to drinking and smoking. 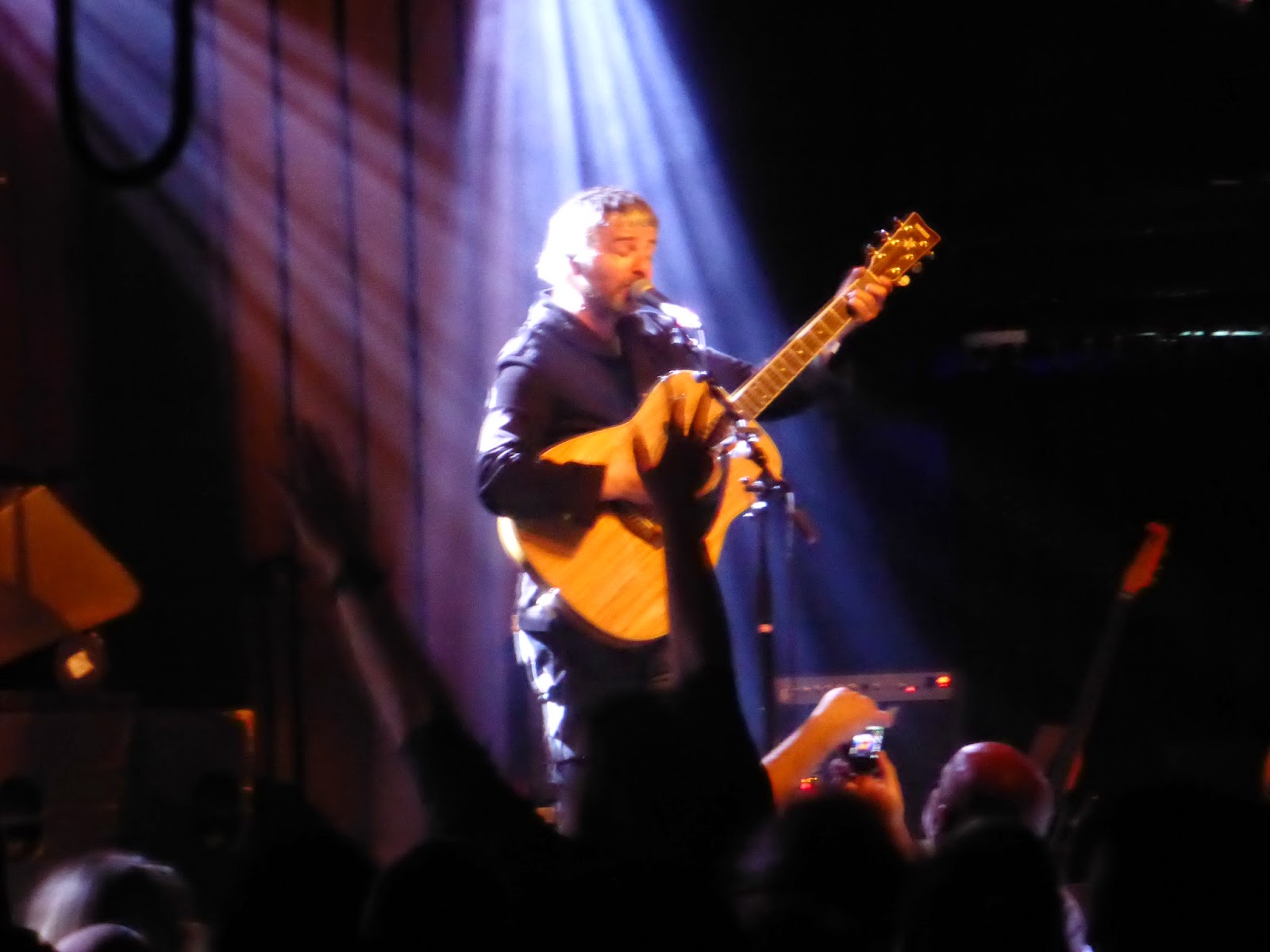 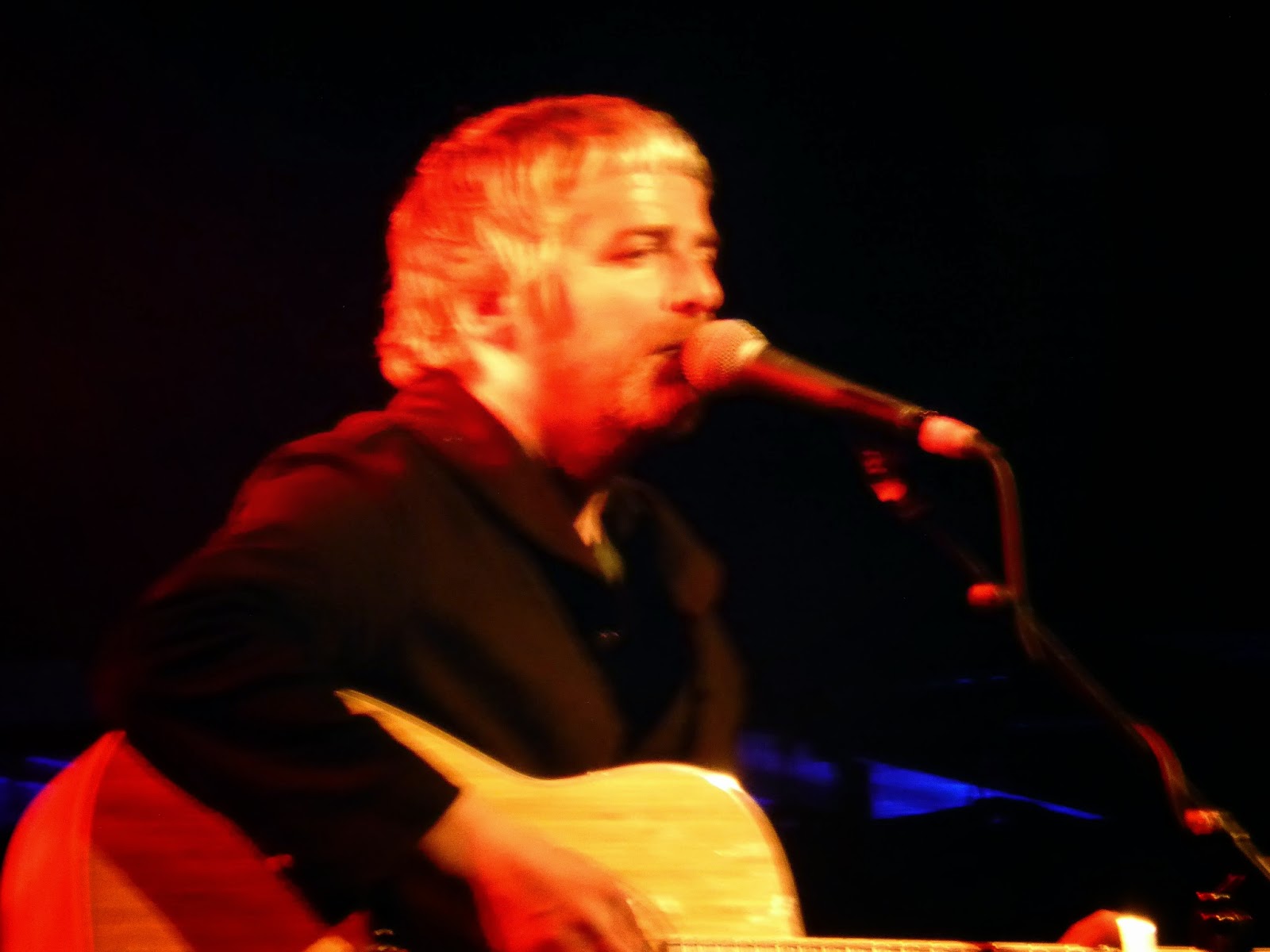 Things get a lot more straightforward the day after at the wonderful Melkweg venue in Amsterdam. Purpose-built for the acoustics of a live gig and with an audience of 750 or so Dutch fans and some from further afield, it's a perfect environment for Kloot, retaining the intimacy and attention that their songs demand, perfect sound and an audience that hang on every word.

"Come on baby, it's the new acoustic movement" John exclaims at the end of the first song One Man Brawl, a swipe at the description they've been given in parts of the European press. Yet there's much more to them than that, they defy categorisation because, whilst so many acoustic acts are so polite you'd take them home to meet your mother, Kloot's wares are far darker, more ascerbic, sketching out slightly schizophrenic tales of love lost, drinking and disaster such as the aforementioned One Man Brawl and its 2008 album Moolah Rouge companion Someone Like You.

Pete's bass on Cuckoo, Life In A Day, A Strange Arrangement Of Colour and This House Is Haunted reverberates around the room and it feels like we're watching a completely different band from the extended line up of recent years. From the string and other accompaniments-laden majesty that's on the live album Hold Back The Night that this tour is promoting, we're witnessing a volte-face, a return to their roots, evidenced by the set-list which skips all but a couple of tracks from the Mercury-nominated Sky At Night and the Top 10 Let It All In.

Whilst the result of this should be a more skeletal sound, the impact of it is the absolute opposite, we go deeper, much deeper, into the songs, into the psyche of Bramwell, accompanied by a blood-curdling bass line and kept in check by Andy's drums, which play both the role of gatekeeper, but also the leader on the likes of Fingerprints which benefits exponentially from its new found fragility and rawness. Similarly the simple acoustic guitar that ushers in debut Natural History's Because casts the is it a love song or is it not split personality of the words into starker focus, tunneling further into the mind of its creator. 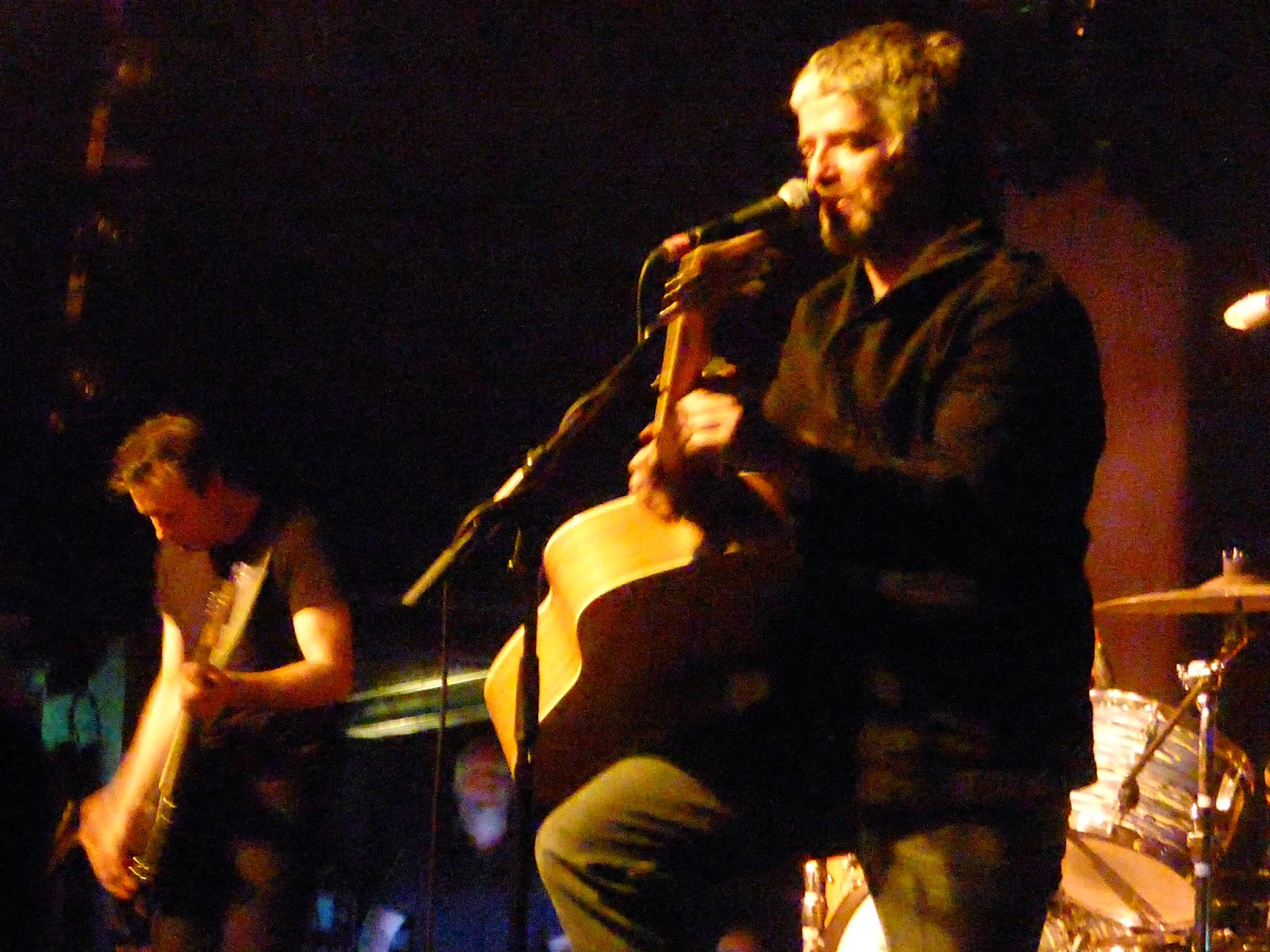 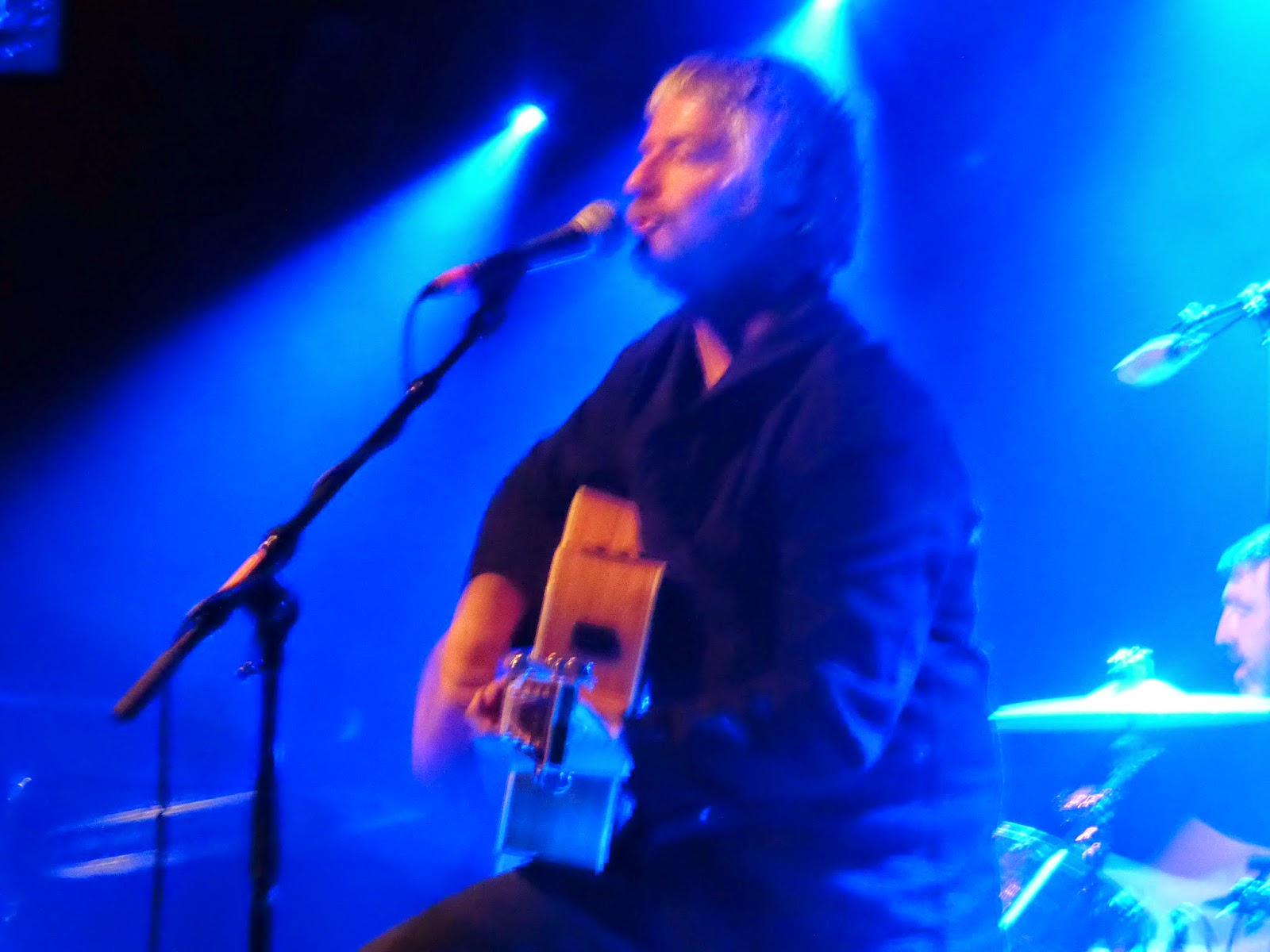 A short two-song interlude where Pete and Andy leave the stage, although John comically notes he can't see that on his setlist because he's forgotten his glasses, magnifies that focus on the core of what I Am Kloot are about, a laying bare of vulnerability and the sort of emotions that people rarely talk about. It's a recurring theme throughout and there's absolute silence during that section, something British fans could learn a lot from, and respect. It's a two-way thing as well, John constantly thanking the Dutch for their support over the year, entertaining them with stories those of more experienced vintage have heard before but still find absolutely endearing and heartfelt.

It's not all dark and depressing though, the uplifting Over My Shoulder and From Your Favourite Sky are great guitar pop singles that never got the recognition they deserved, Ferris Wheels is a beautiful declaration of love from the road to John's daughter at home that would bring even the most heartless bastard in the world to tears and whilst Northern Skies might not plunge the emotional caverns and glacial peaks of their earlier work it's impossible to deny its immediacy. Even the despair-laden To The Brink is lightened when the Dutch crowd take it on themselves to sing the harmonies in the breakdown of the song. As the evening comes to its conclusion with a singalong to the outsider anthem that Proof has become, it feels like we've undergone a communal catharsis.

By the end of the night, it feels that their name is slightly inappropriate. There's a union between band and audience, barriers have been crossed, connections made, emotional reserves drained by one song then pumped dry by the next. This is no easy experience, but a journey together through many dark places accompanied by shafts of brilliant bright light. After an hour and a half in each other's company We Are All Kloot.

Paaspop setlist was Here For The World, A Strange Arrangement Of Colour, One Man Brawl, This House Is Haunted, Gods And Monsters, To The Brink, Dead Man's Cigarettes, 86 TVs, Someone Like You, Fingerprints, Over My Shoulder, Ferris Wheels, Dark Star, To You, From Your Favourite Sky, Northern Skies and Storm Warning.

Amsterdam Melkweg setlist was One Man Brawl, Cuckoo, Life In A Day, This House Is Haunted, Gods And Monsters, The Same Deep Water As Me, Dead Man's Cigarettes, Someone Like You, At The Sea, Astray, Fingerprints, Over My Shoulder, To The Brink, Storm Warning, Here For The World, A Strange Arrangement Of Colour, Ferris Wheels, Because, Dark Star, Strange Without You, To You, Northern Skies, From Your Favourite Sky, Twist and Proof.

I Am Kloot play the following shows :