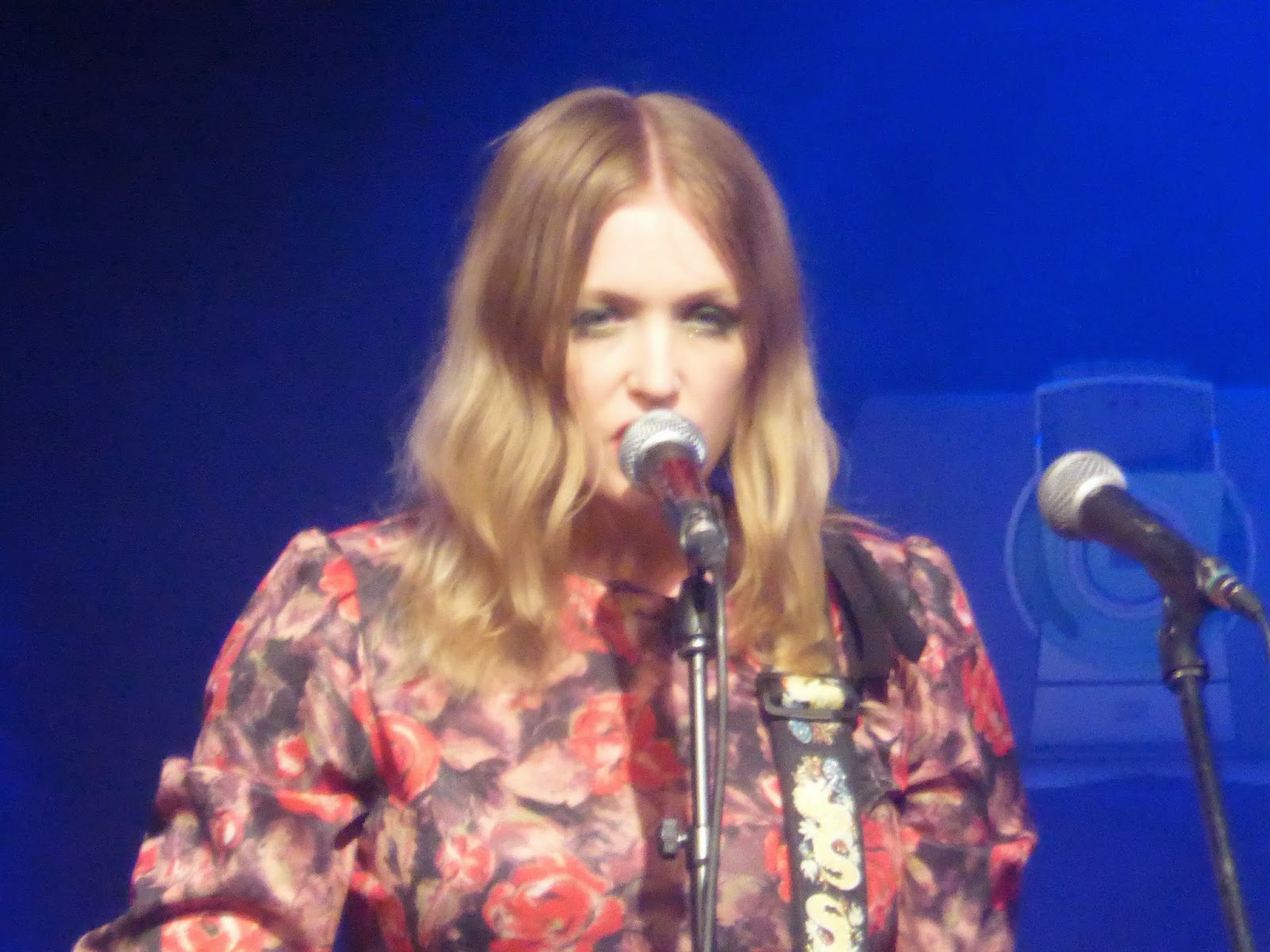 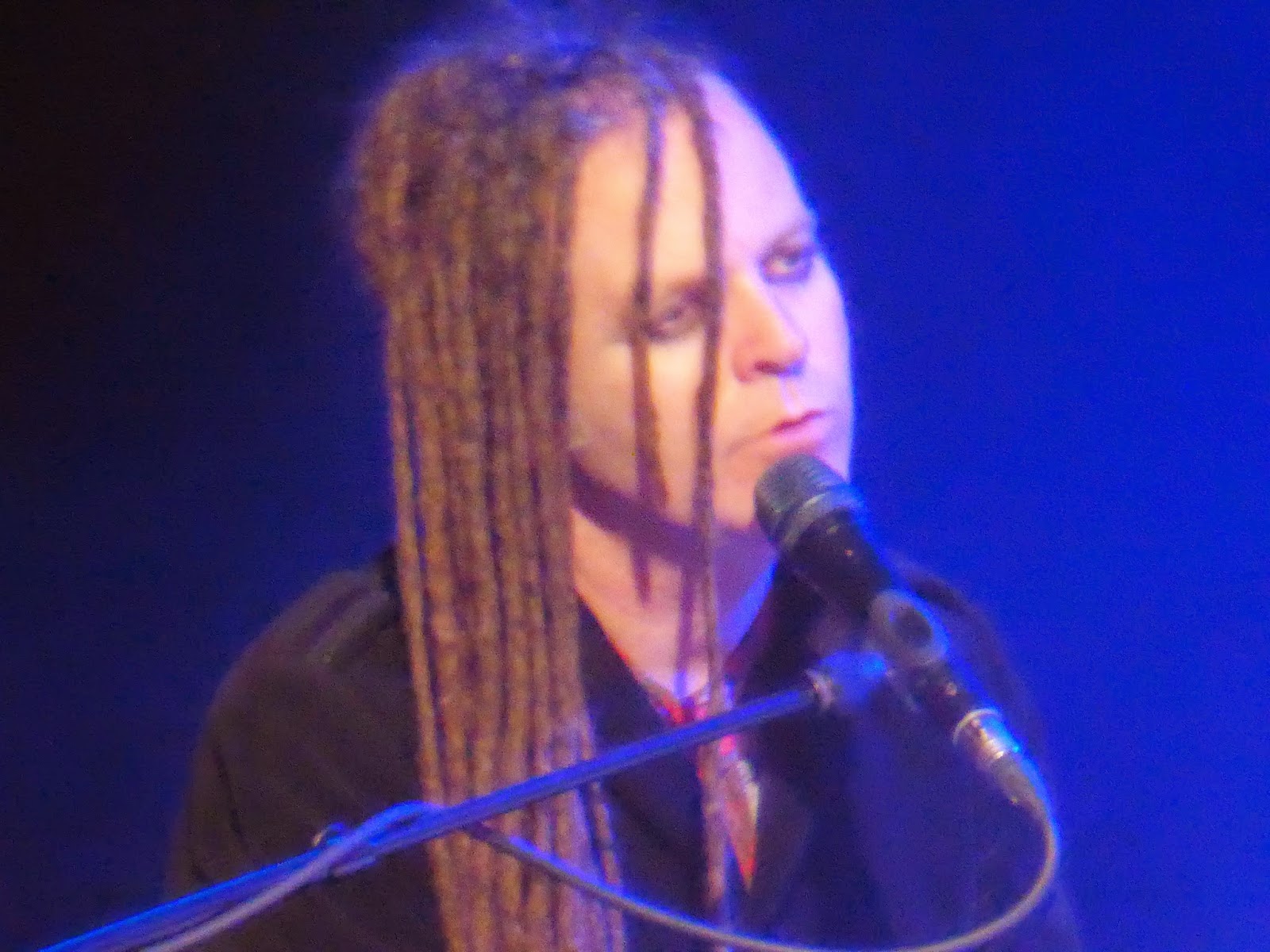 Duke Special has been treading the boards of the country for over a decade now. A unique performer with a back catalogue that travels through his own material, a multitude of covers but also themed releases around theatrical shows, books and orchestral performances, he’s touring the UK in support of his latest album Look Out Machines! with support from the wonderful She Makes War.

Just off the back of a successful UK tour with a band, She Makes War, aka Laura Kidd, is performing solo tonight. A force of nature, she charms the Bury crowd with a set that pulls three songs from her soon to be released via Pledge Music third album Direction Of Travel as well as from her previous albums Disarm and Little Battles. Behind the clever looping of vocals and guitar she uses to create her sound, there’s an endearing simplicity to her lyrics as she sings about past relationships with a disarming honesty, taking the time out to explain the meaning behind each song. 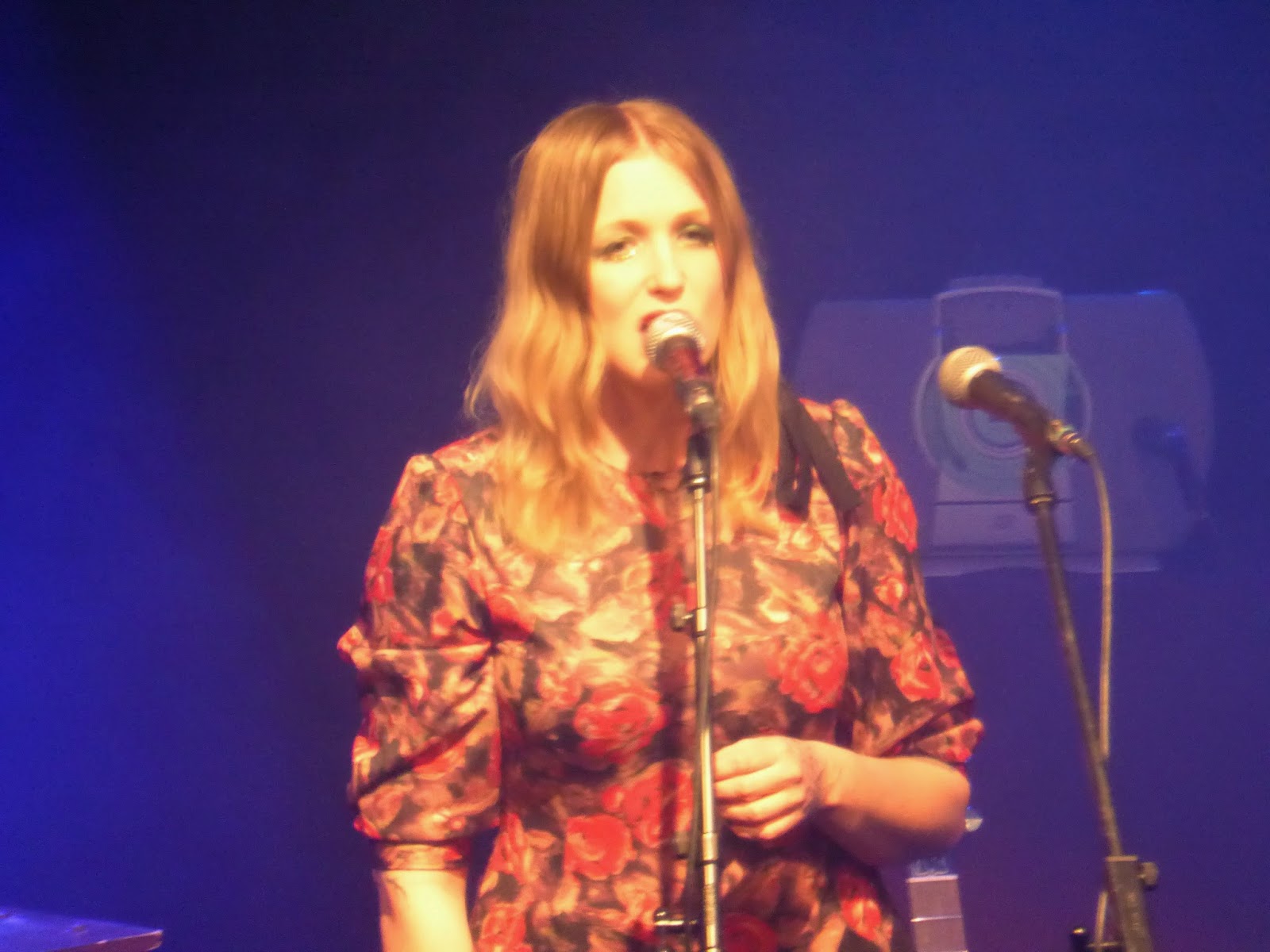 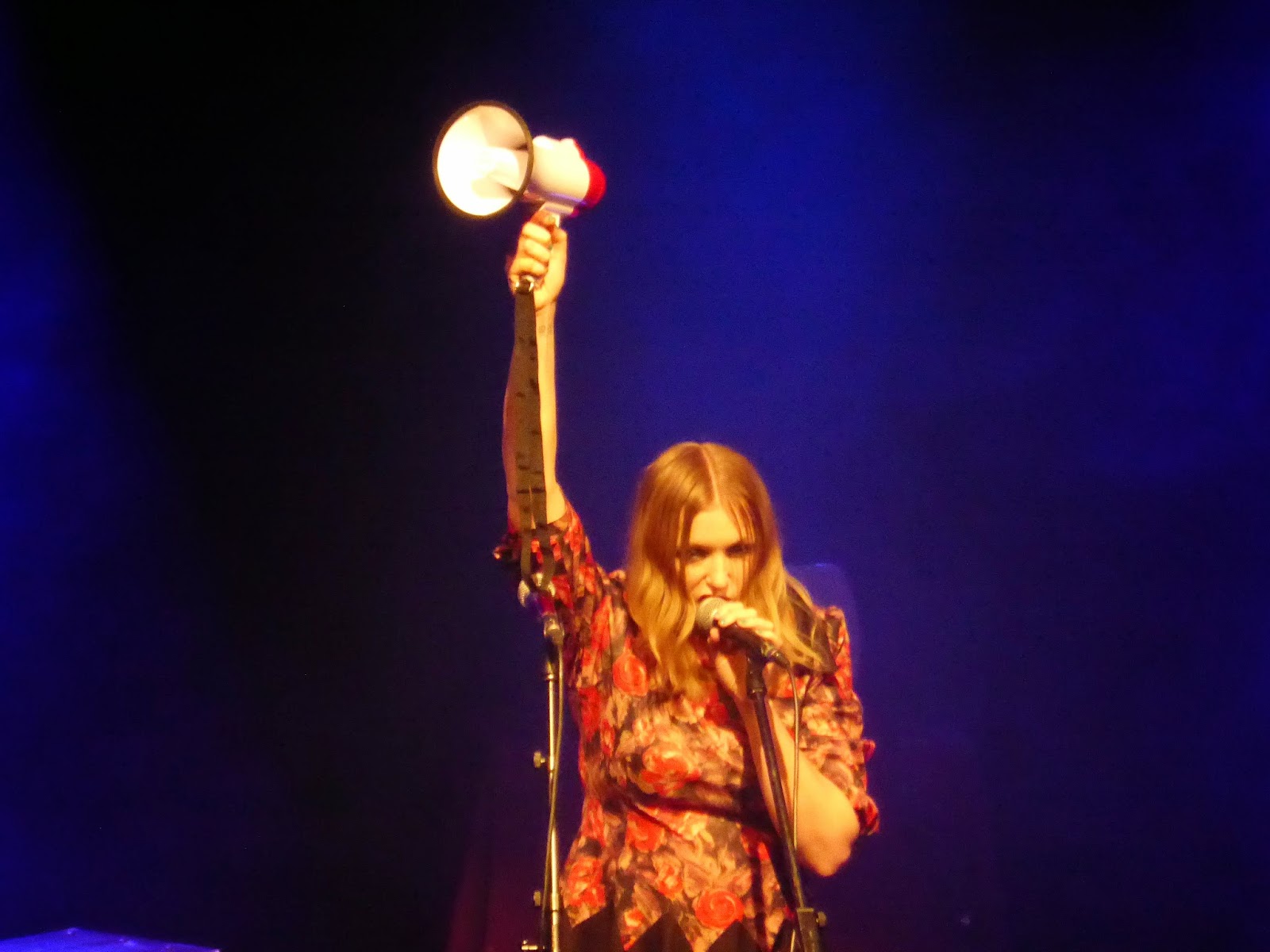 For Delete, she takes to the steps that split the seating area, ascending half way back into the venue armed with a megaphone on which she sets off an alarm. It’s difficult to tell what the sedate crowd make of it until the song finishes and the response is as rapturous as it is later for the headliner. She closes with In Cold Blood and Paper Thin from the new record, two songs which translate equally well in this set-up as they did with the band a couple of weeks back and have us excited about its release in a few weeks.

It’s been a few years since we last saw Duke Special, so we’re not sure what to expect. He’s moved away from some of the more bizarre instrumentation that characterised his early records and shows and plays most of the set on a piano, which has a set of hidden electronic wizardry hidden behind it, venturing across the stage to play a few songs on another much smaller piano.

His set spans his entire career and also includes an interesting range of cover versions. As you’d expect, there’s a significant amount of material from Look Out Machines! including current single Nail On The Head and Step To The Magical, for which he takes time to explain detail his vision of a video for the song, including a female actress walking round Belfast like a “benign Richard Ashcroft”. It’s that left of centre viewpoint that Duke has that spawns ideas like pressing his album on wax cylinder that he shares with us before In A Dive that makes him so fascinating and unique.

He does delve into his rather substantial back catalogue as well to resurrect and reassess crowd favourites such as Wake Up Scarlett, Wanda, Salvation Tambourine, Apple Jack and the divine Freewheel, which he slows right down to almost reinvent it as another song.  He plays a number of tracks – Dancing Trees, Hand Of Man and audience request Cherry Blossom Girl – from an album inspired by old photographs where he interprets the image and creates a story around it, taking care to explain the meaning behind each before playing them. 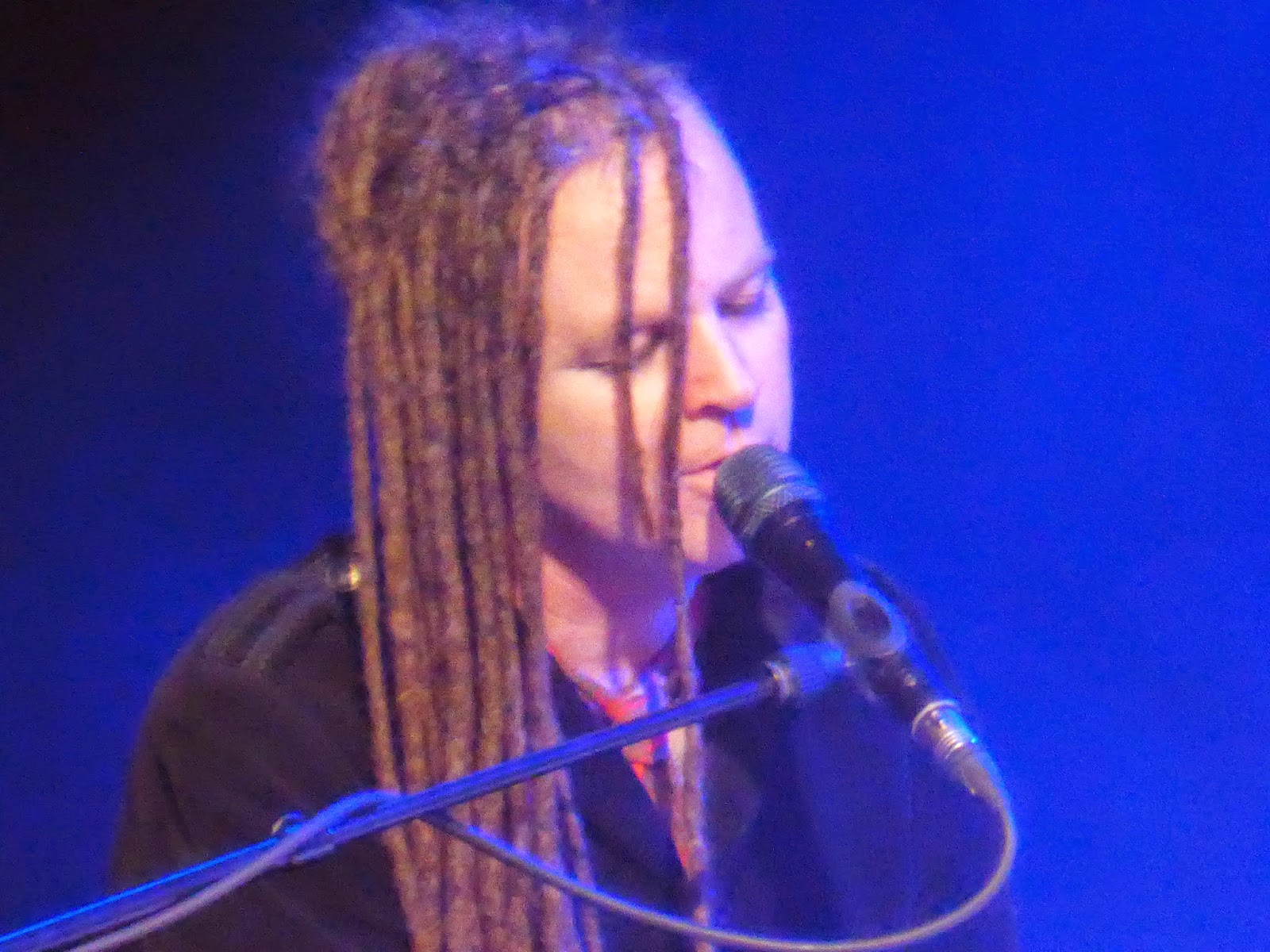 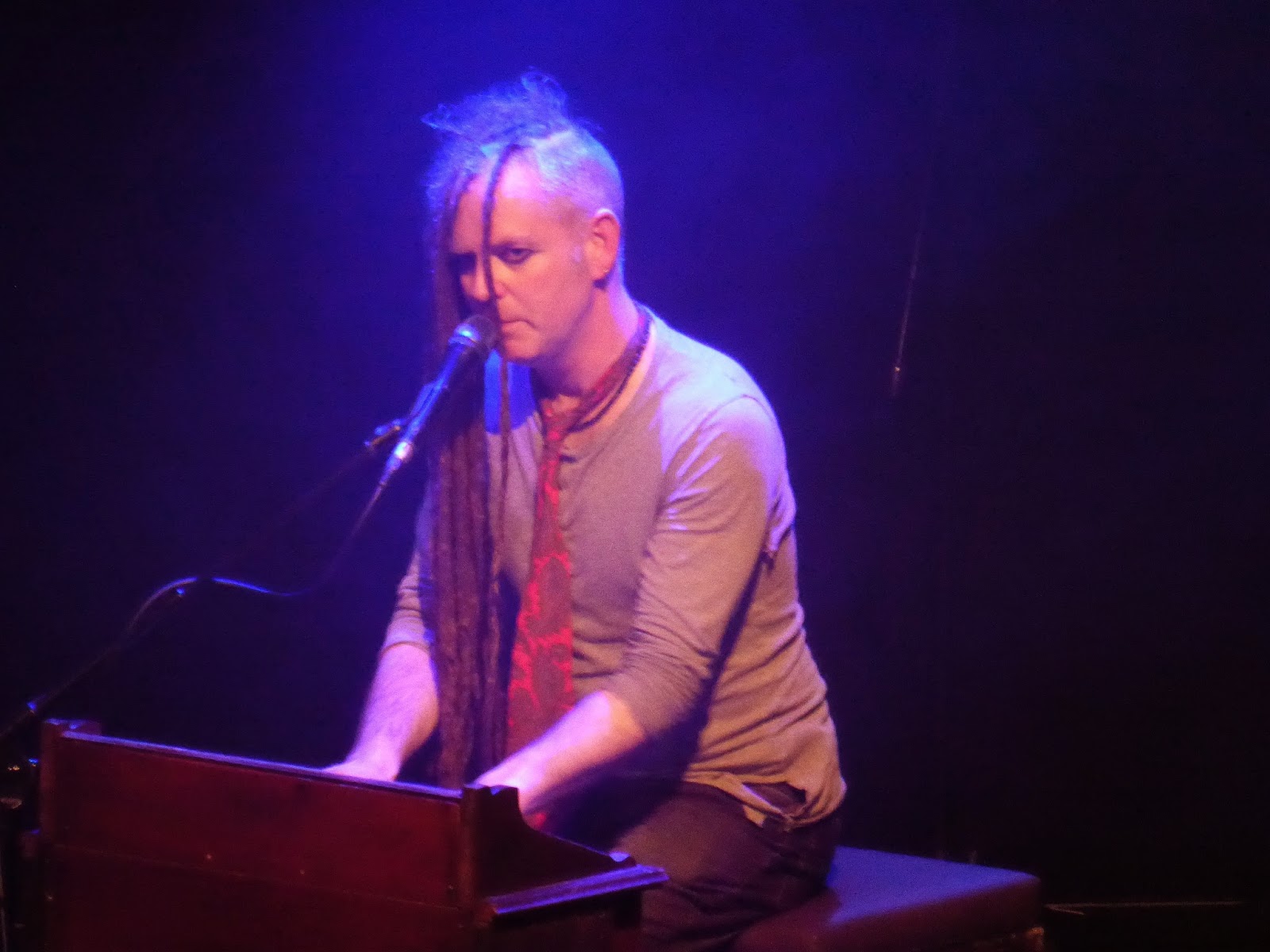 His choice of cover versions make for interesting listening as well. The Magnetic Fields’ Andrew In Drag is introduced early in the set and he makes Kurt Weill’s Alabama Song (made more famous by The Doors) his own by swooping and soaring through the song’s various phases before closing the set with a simple, yet beautifully affecting cover of Big Star’s Thirteen.  However, it’s the five songs, although some of them are so short that description might be pushing it, from Scottish songwriter Ivor Cutler that really give an insight in Duke’s love of the slightly obscure, weird and wonderful. Songs about coats and turtle soup really shouldn’t work, but Duke’s half-theatrical half-deadpan delivery almost brings the very polite house down.

Duke Special is a bit of an enigma. He operates in a different world under different terms to most artists. His back catalogue reflects a series of great albums in the traditional sense of the word, and the tracks from Look Out Machines! confirm it as a worthy addition to that, but his live show is also an insight into his mind, his inspirations and his desire to do something out of the ordinary. Pulling that all together into a live show shouldn’t work, but it doesn’t just work, it’s an absolute triumph