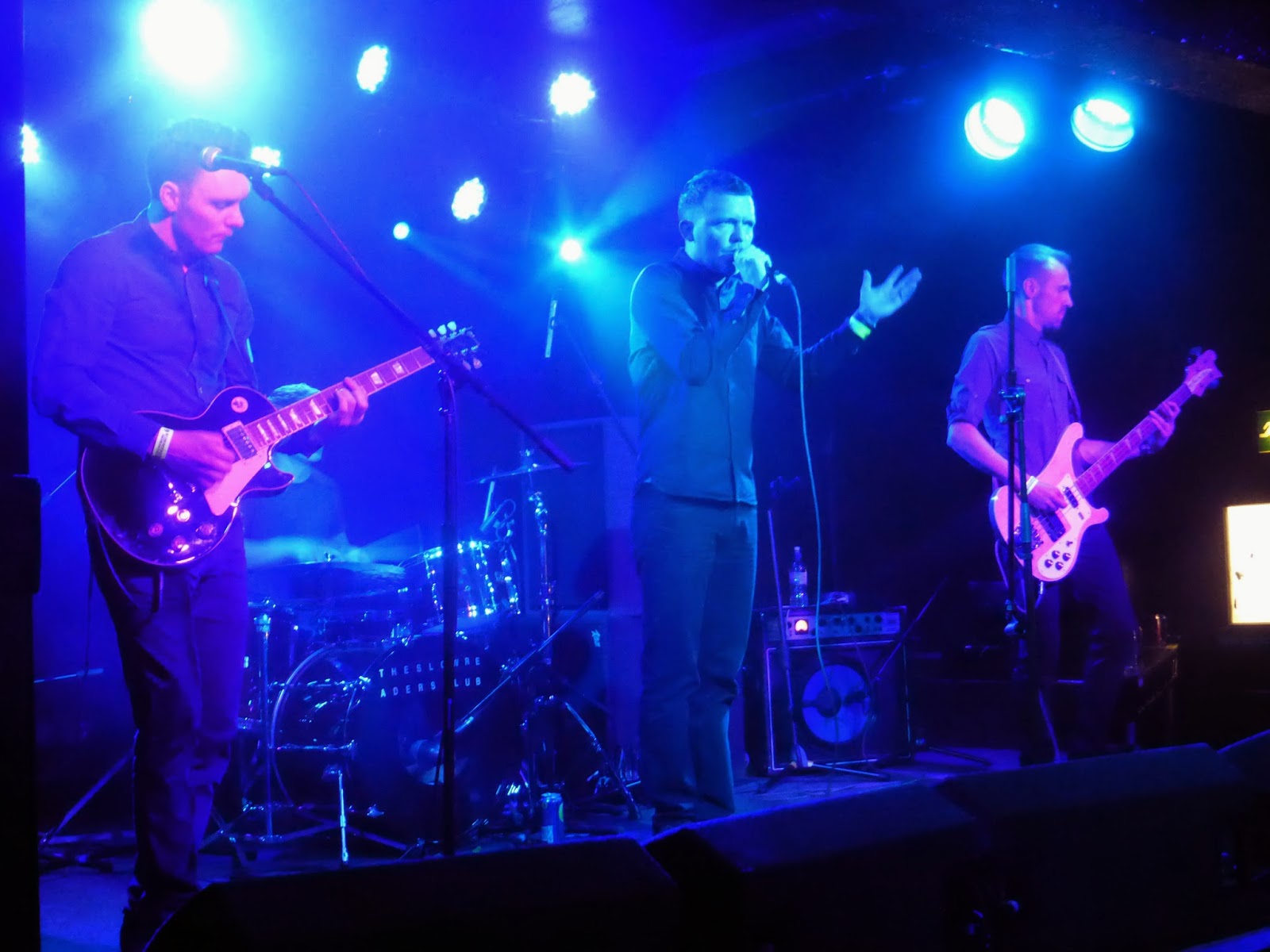 The Slow Readers Club launched their second album Cavalcade with a sold-out show at Manchester Academy 3. Whilst their star has been rising steadily over the past twelve months with a series of singles that have in turn won them more fans with each release, the release of Cavalcade and this sold-out show are hopefully now a stepping stone to bigger things.

It's been a long wait for Cavalcade as the follow up to The Slow Readers Club's eponymous debut album, but it's been worth it. Teasing us with a set of singles and gradually introducing new songs into their sets, the album is now with us and more than exceeds our already high expectations of it. This is probably the biggest, in the sense of most important, gig they've ever played and the Academy is rammed with people who've followed them for years and some that have only just discovered them. The buzz of expectation is palpable as they finally take the stage after what feels like an interminable wait. This is their night. 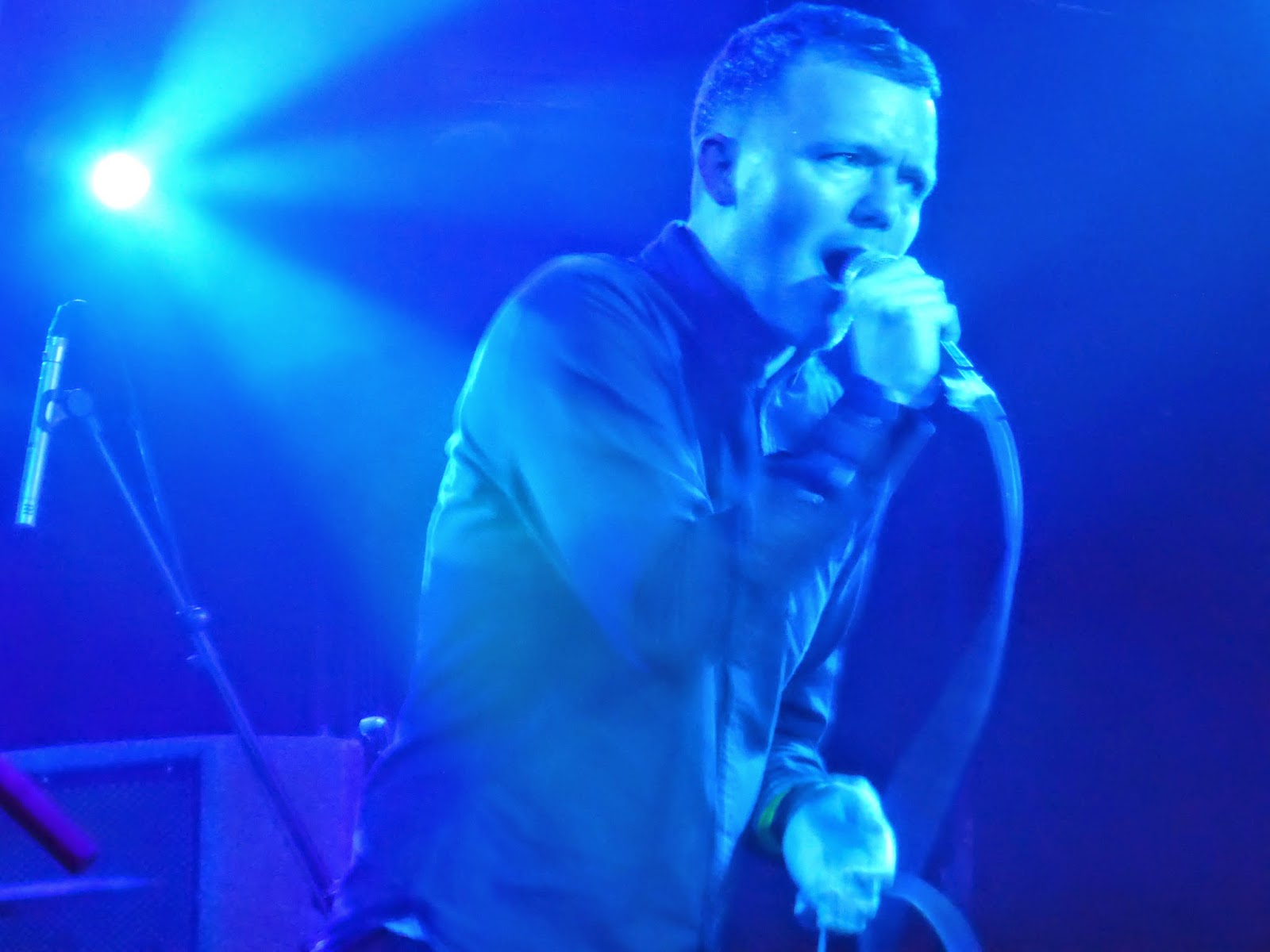 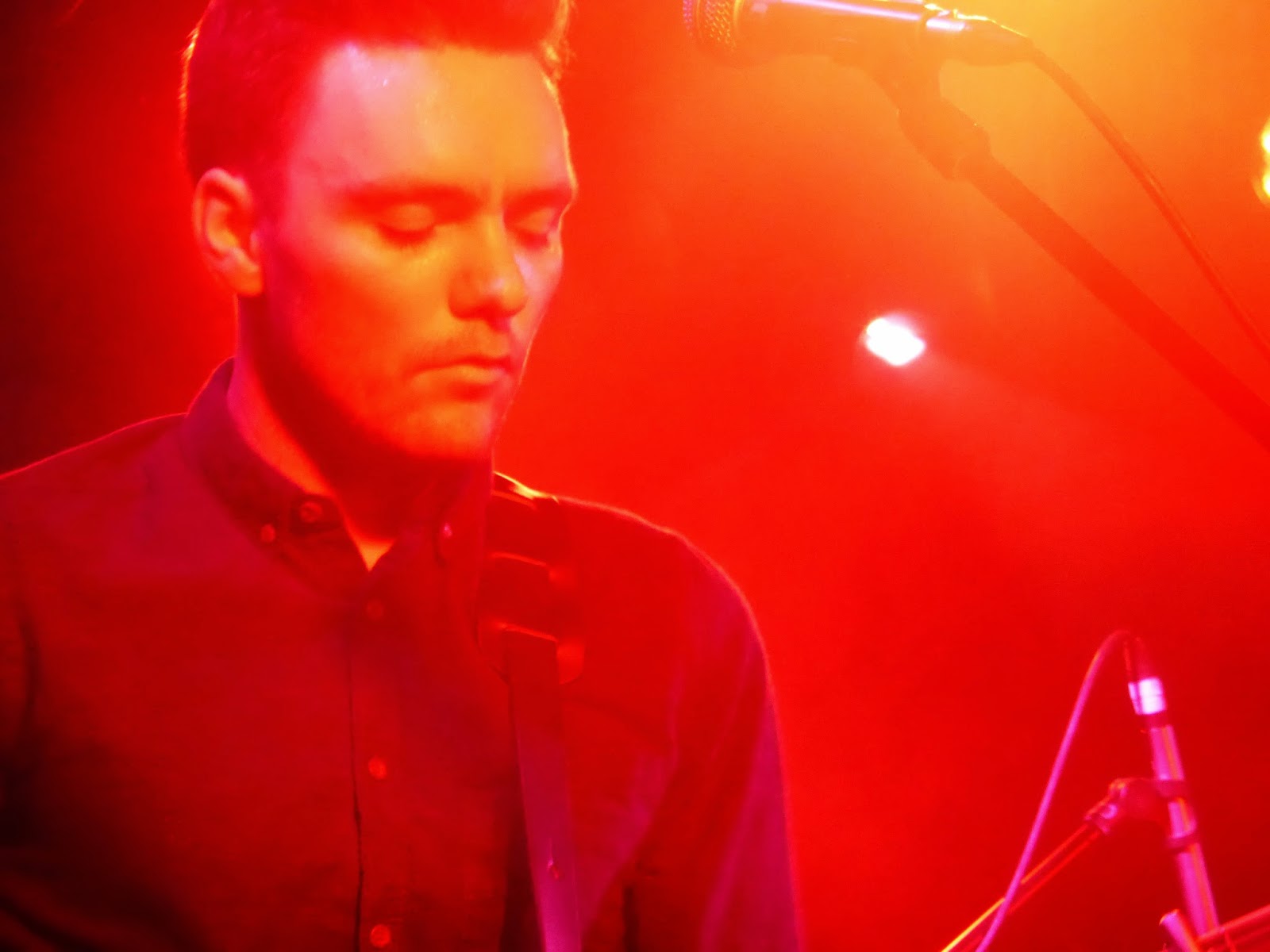 Tonight's set focuses around Cavalcade, with nine of the twelve songs coming from the new album. They open up with last year's single Start Again, and despite the Academy 3 living up to its reputation as one of the worst sounding rooms in the city, it doesn't matter as Jim Ryan's bass cuts through the fog and The Slow Readers Club demonstrate exactly why they're building a reputation around Manchester and beyond. These are big songs, you could imagine them filling them rooms many times the size of this and Cavalcade is an album full of such songs. 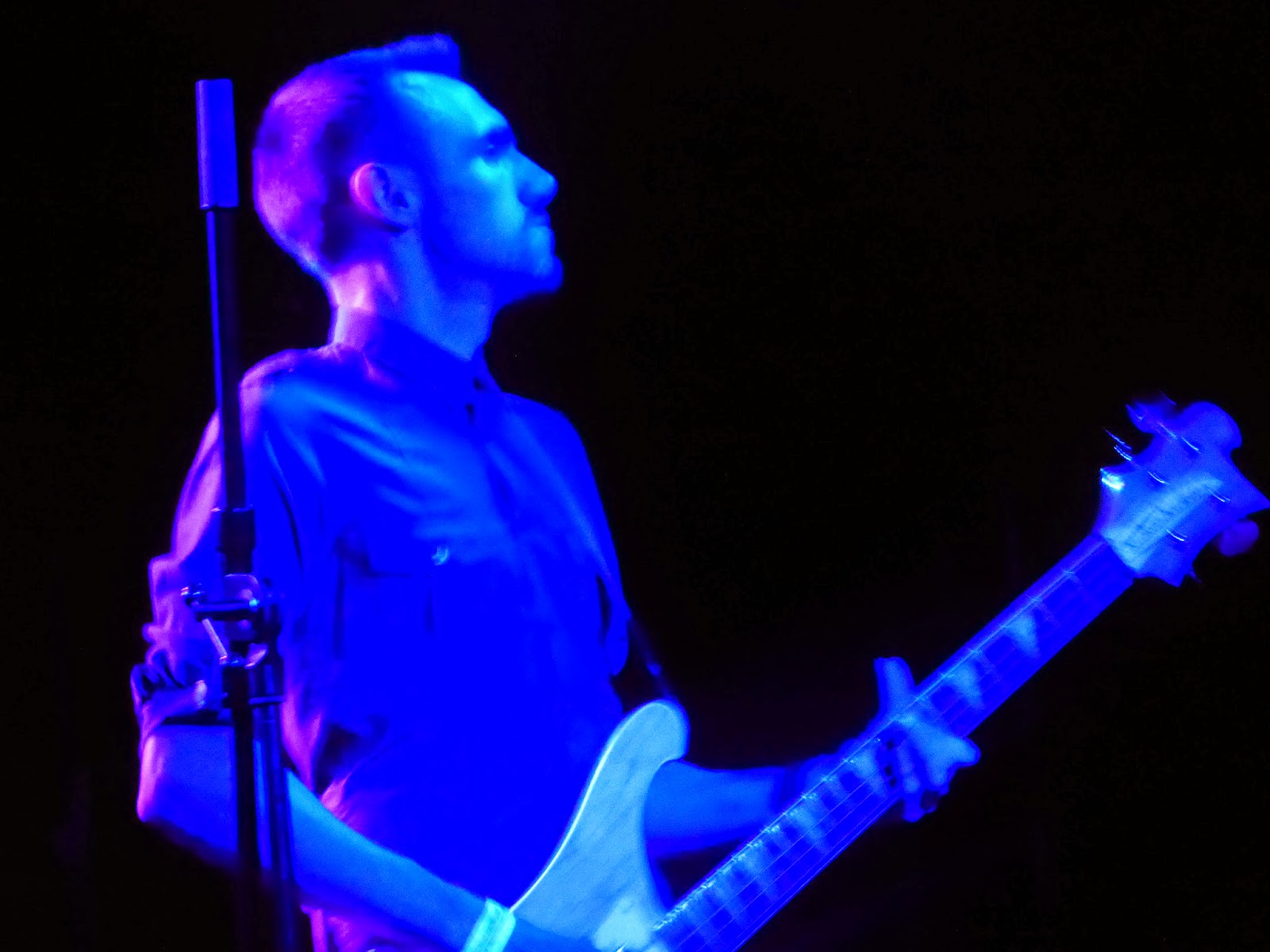 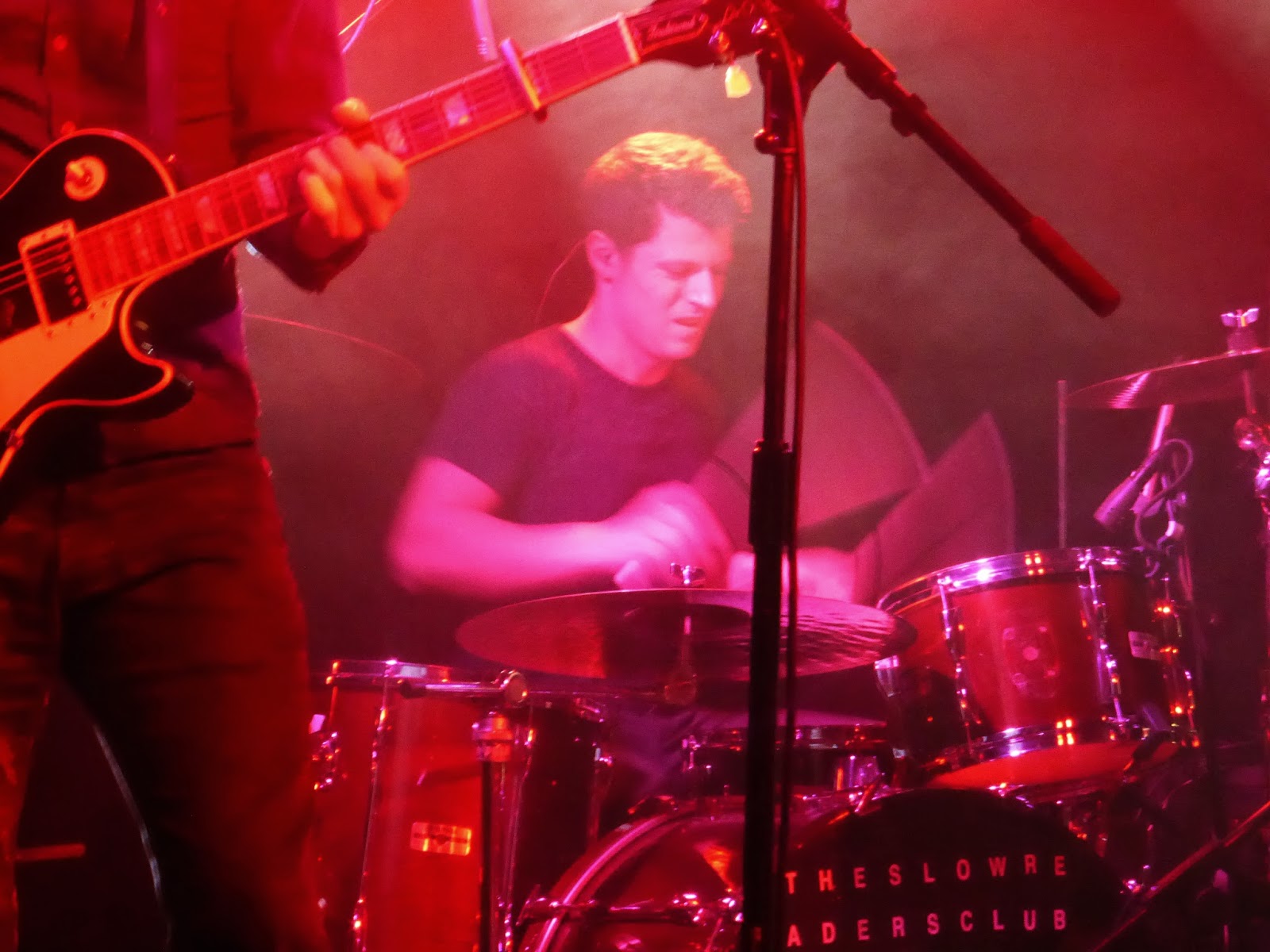 Whilst the likes of Forever In Your Debt, Don't Mind and most recent single I Saw A Ghost have garnered them significant radio play and exposure, you could easily imagine the likes of Plant The Seed, with its Depeche Mode electronic stylings, or the pumping insistence of Fool For Your Philosophy or Here In The Hollow following in their footsteps. Even the slower, more considered Know Your Day Will Come is the sound of a band expanding its horizons, aiming high with a understated certainty in their own capabilities. What's more there's now a whole set of songs that they don't play that you feel a little disappointed at not hearing, but which is further testament to just how far they've come and the strength of the canon of songs they now possess.

They look and sound like a very different band to just twelve months ago - whereas frontman Aaron often looked awkward on stage, he's now a supremely confident front man, engaging with the crowd between songs and connecting with brother Kurt, who simply eschews effortless cool. 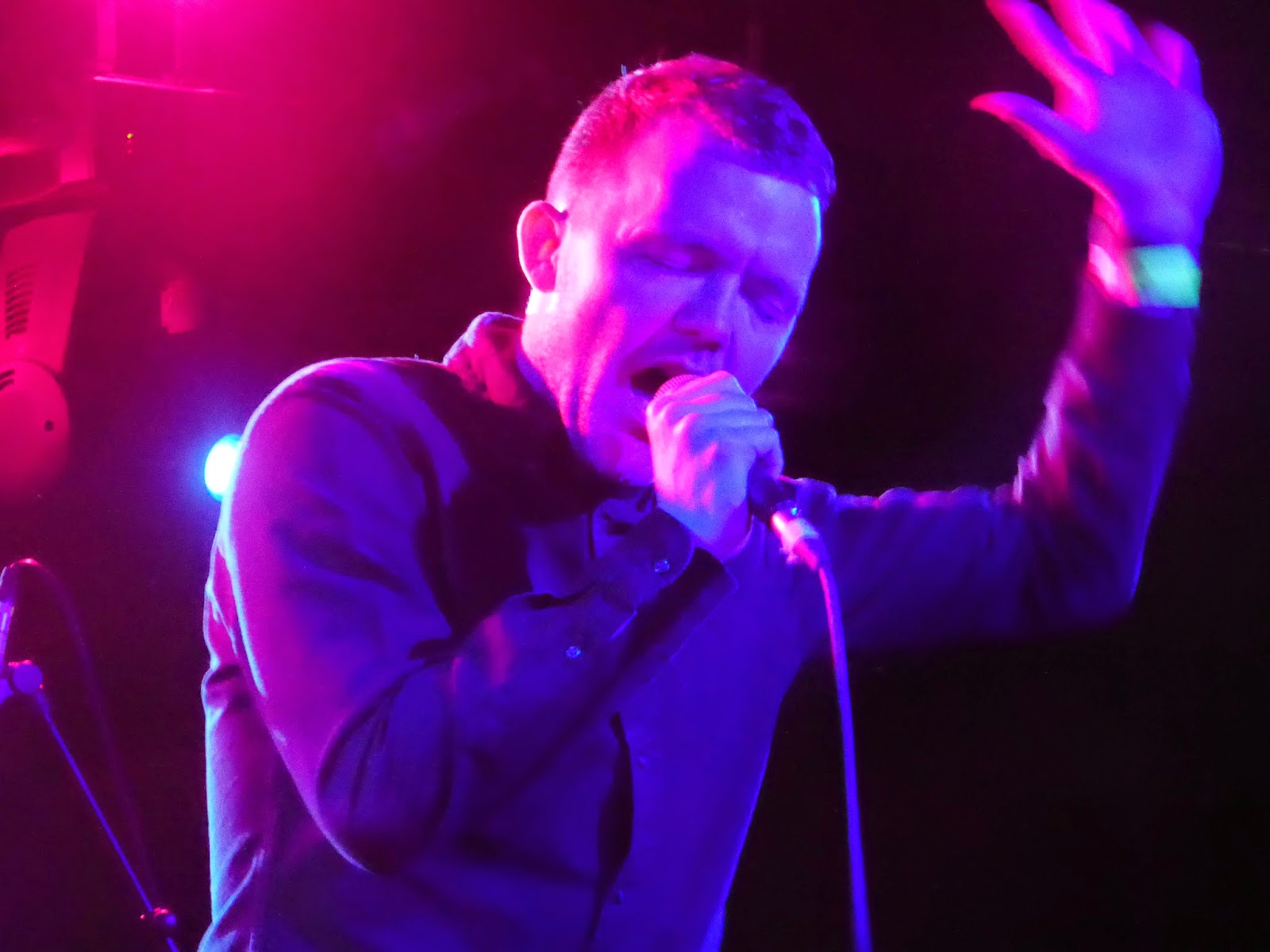 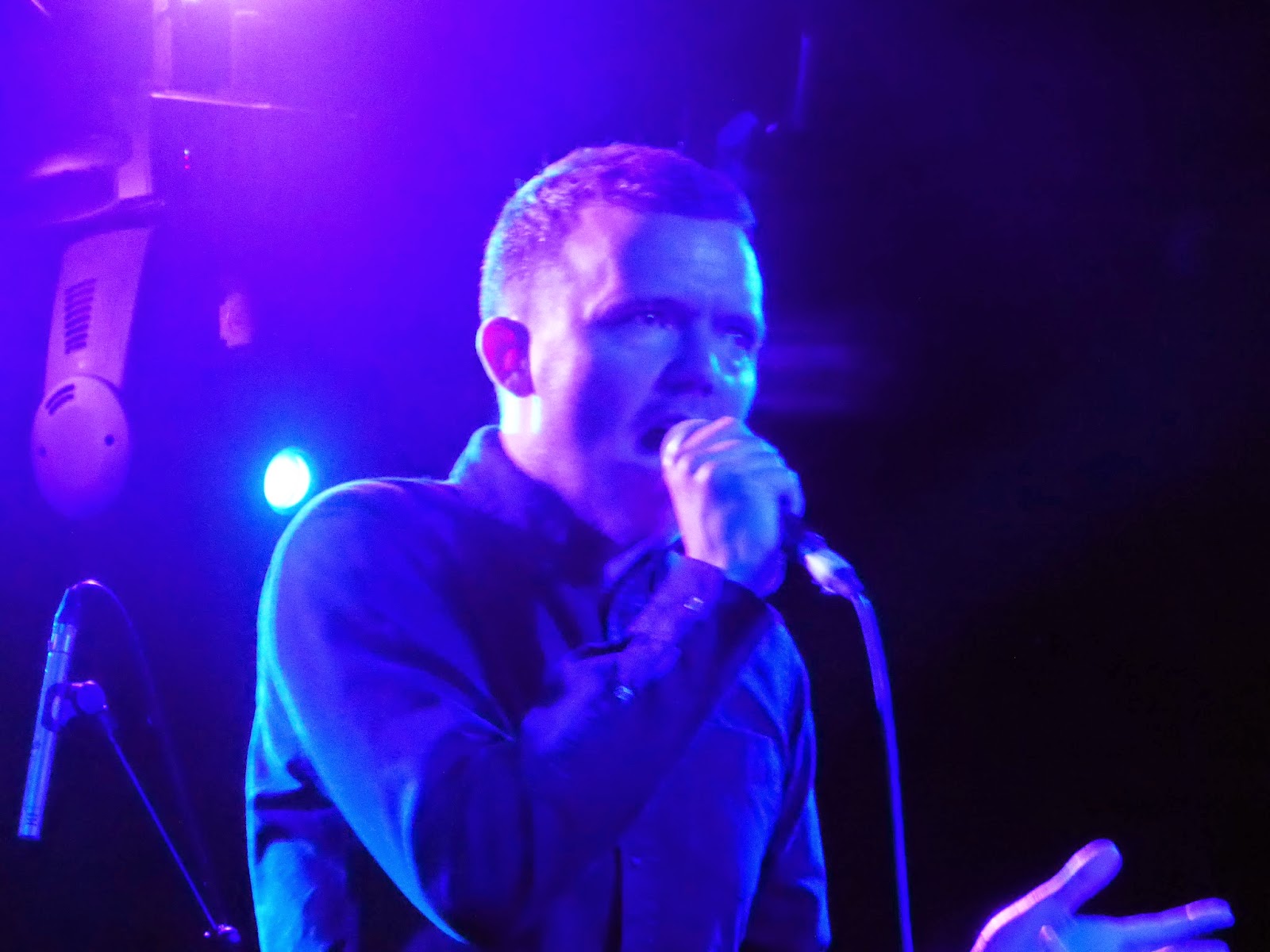 What makes The Slow Readers Club such a great band is evident in how so many people are singing along to every word of every song, even the ones that have only been revealed in the last week with the album release. A recent album review contested that Aaron is in a permanent state of Proustian lamentation, completely missing the point. The Slow Readers Club are the next in a lineage of Manchester bands - Joy Division, The Smiths, James, Elbow, I Am Kloot to name a few. These songs are about despair, depression, relationship breakdowns and helplessness, yet they're turned around by the music, by the celebration that the communal exorcism of those feelings facilitates. Without descending into regional tribalism, it's a peculiar Manchester trait whether it be those aforementioned trailblazers or many of the city's lesser known bands. As the evening closes, arms are raised aloft as the whole room sings the chorus to the encore of One More Minute, it's clear that an increasing number of people do get it.

The Slow Readers Club played Start Again, Sirens, Forever In Your Debt, Head For The Hollow, Don't Mind, Plant The Seed, I Saw A Ghost, Cavalcade, Fool For Your Philosophy, Know The Day Will Come, Feet On Fire and One More Minute.