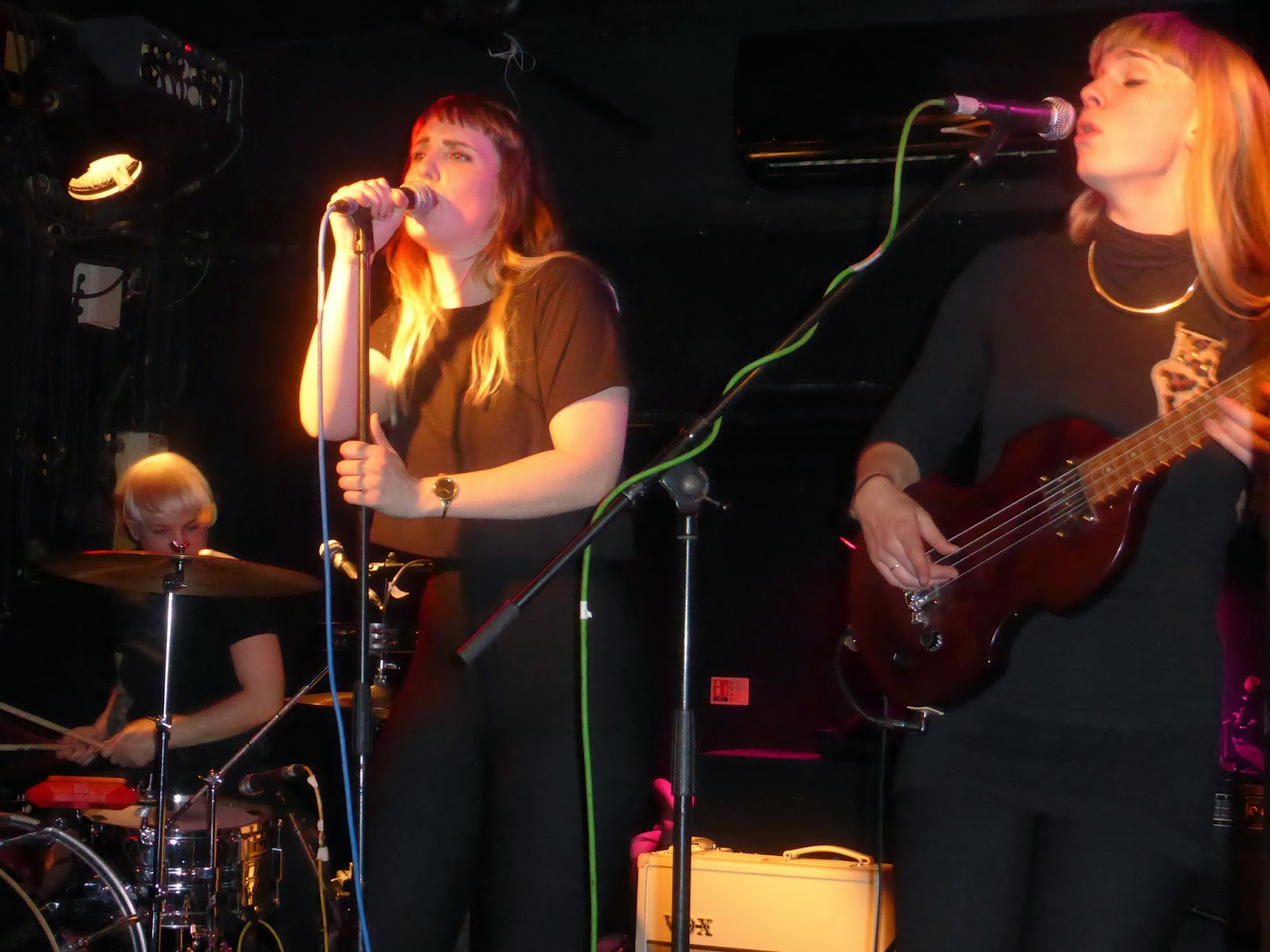 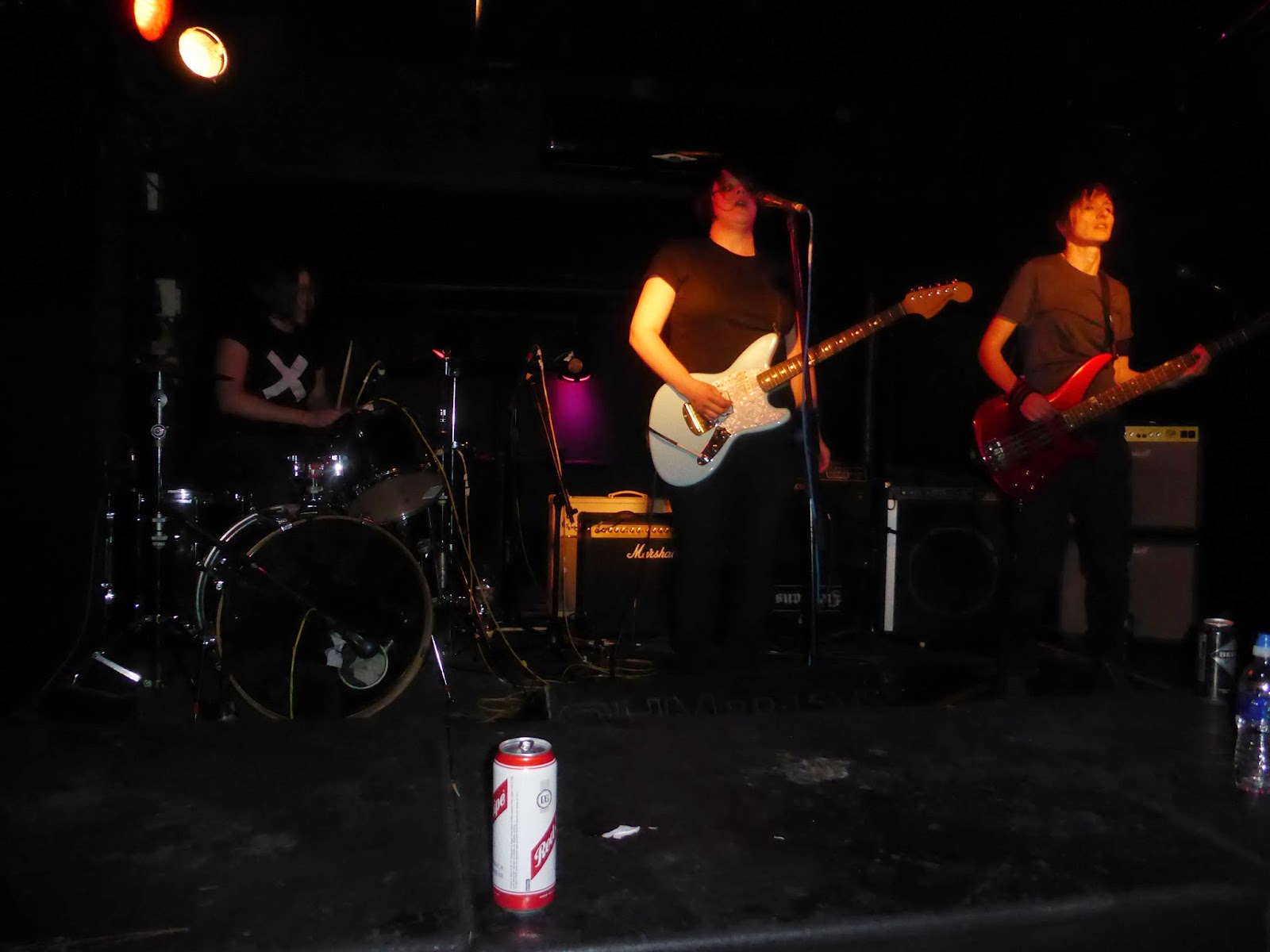 Nelson Can from Copenhagen are on their first UK tour in support of their album Now Is Your Time To Deliver. We caught their debut Manchester show supported by Even The Stars favourites LIINES.


We found LIINES by accident back in December. Within seconds we were drawn in by the raw sound, the way the bass, guitar and drums interact to create a sound much bigger than its component parts, but sparse enough to allow each of them to have the room to make themselves heard. We're delighted that tonight's set confirmed our original impression rather than being simply a case of pre-Christmas good spirits.

In their half hour set, LIINES give us twelve songs, including if the setlist titles are a good barometer, three songs so new that they don't have titles including one that was only written last week. Whilst there's definitely a LIINES sound, the songs themselves manage to avoid falling into the trap that so many bands do of all sounding the same. 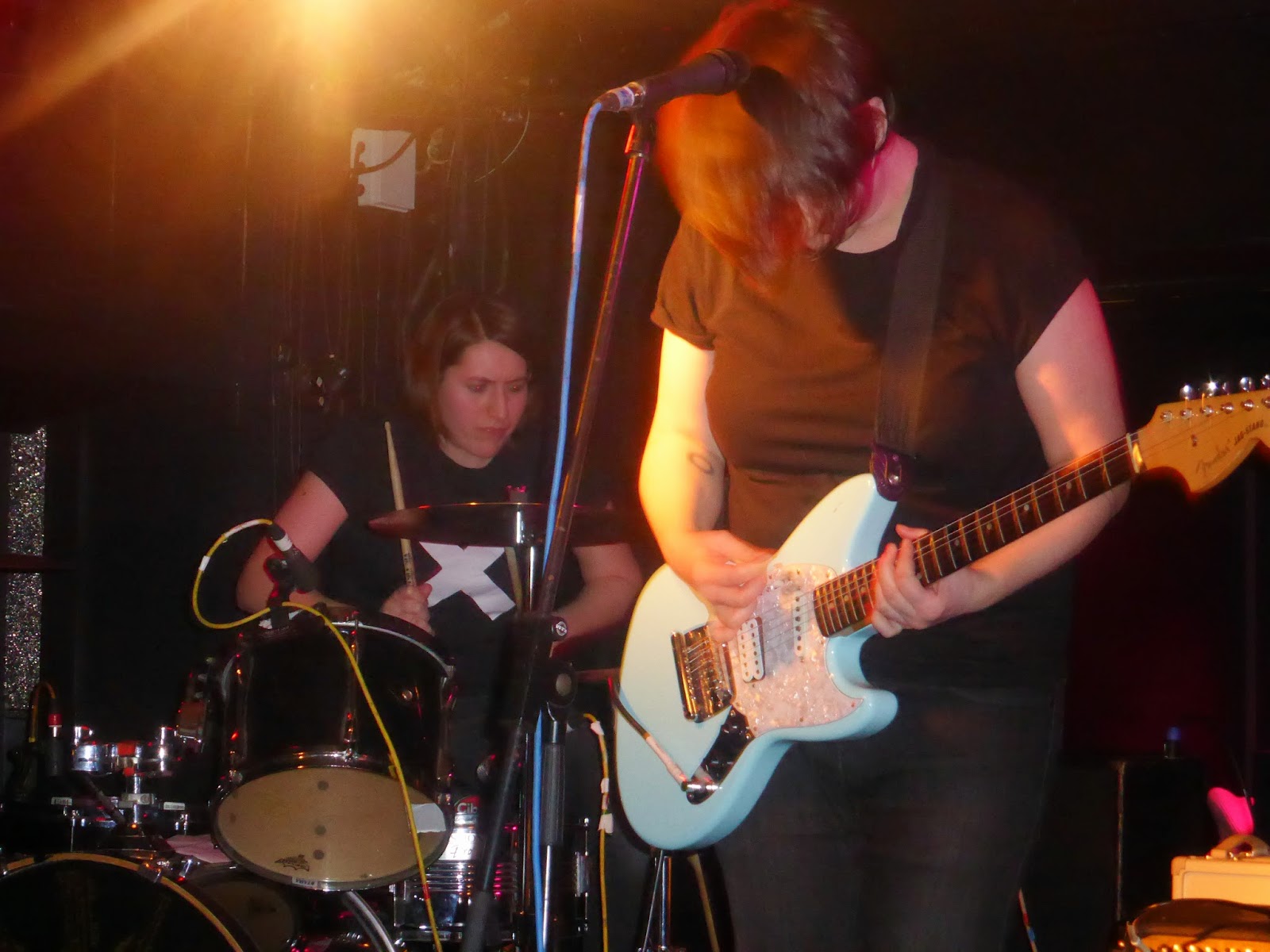 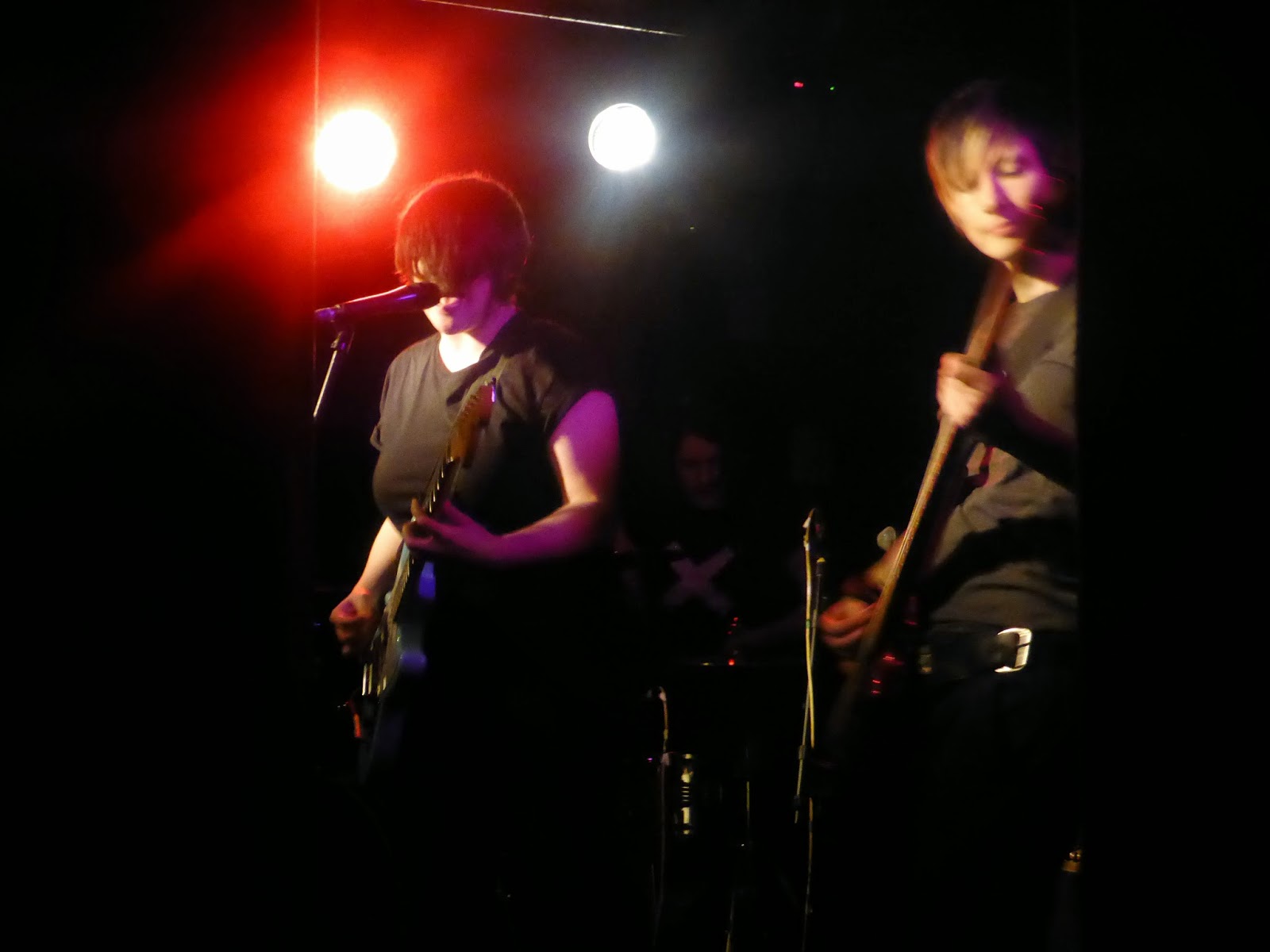 This is due in most part to how Leila's drumming dictates the song structure and, in particular, the tempo and direction in a way many drummers are afraid to do (or are incapable of). This allows Steph's bass and Zoe's guitar and voice the space to breathe, to embellish the song's range and to ensure that LIINES can show a great understanding of melody within the cacophony of noise they create and, at the same time, have such diversity in their set with three basic ingredients.

Naturally the set features the four tracks from last year's demo EP, including the killer single Cold and the vicious Liar, but there's not a weak song in the twelve they play and, if the new songs are signs of what's to come, then they're still exploring the boundaries of what they can create.

We've never heard of Nelson Can before. We discover they're from Denmark, have just supported Royal Blood in Scandinavia and, like LIINES, they're an all-female three piece, but we have no idea what to expect. What we get is a fascinating set that in its nine songs touches on lots of different genres, there's soulful moments, sprinkles of pop, heads-down rock and even hints in parts at a sound that wants to fill big arenas. 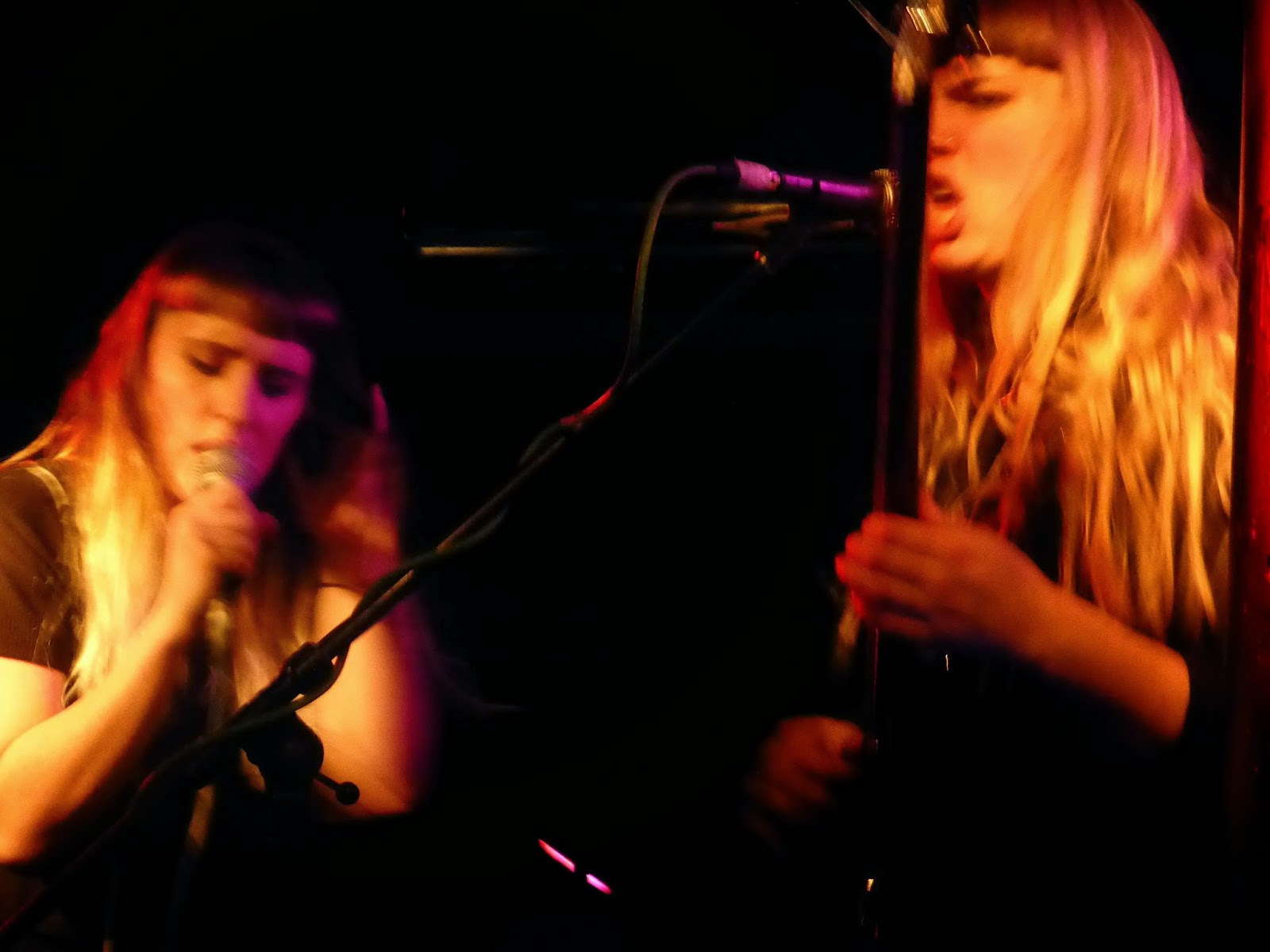 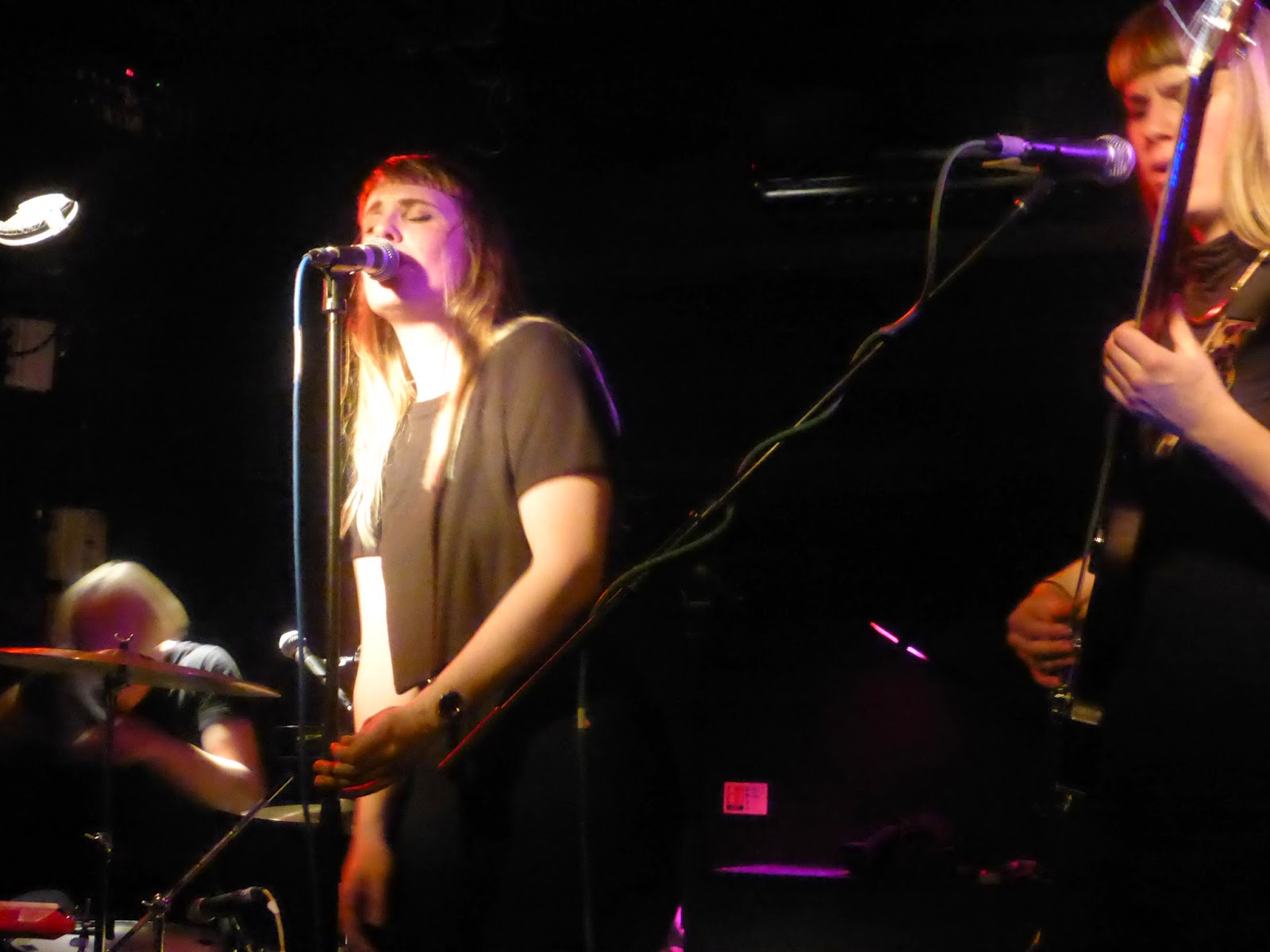 Their instrumental set-up is even more sparse than LIINES with just Signe on bass and Maria on drums, but similarly they manage to make that sound like a whole lot more. This does leave vocalist Selina free to roam the stage and the barrier separating the Roadhouse crowd from it, challenging both the audience and Signe at times as their voices combine. Their raw energy and enthusiasm and clear love of being on stage doing is infectious as is the fact they're great fun to watch as they draw their audience in.

They play songs from their recent album Now Is Your Time To Deliver as well as tracks from earlier singles including the interestingly-titled Call Me When You Want To Get Laid. It's the only song of the nine they play that doesn't quite work for us as it lacks the fluidity of the thrilling opener Troublemaker, the directness of Attack which broods then fizzes into life as Selina lets rip or the blink and you miss it simplicity of set-closer Glorious. They promise to come back to Manchester in the autumn and this is a good thing.

Nelson Can have four more dates left on their first UK tour, the Leek and Newcastle Under Lyme shows also have LIINES in support.