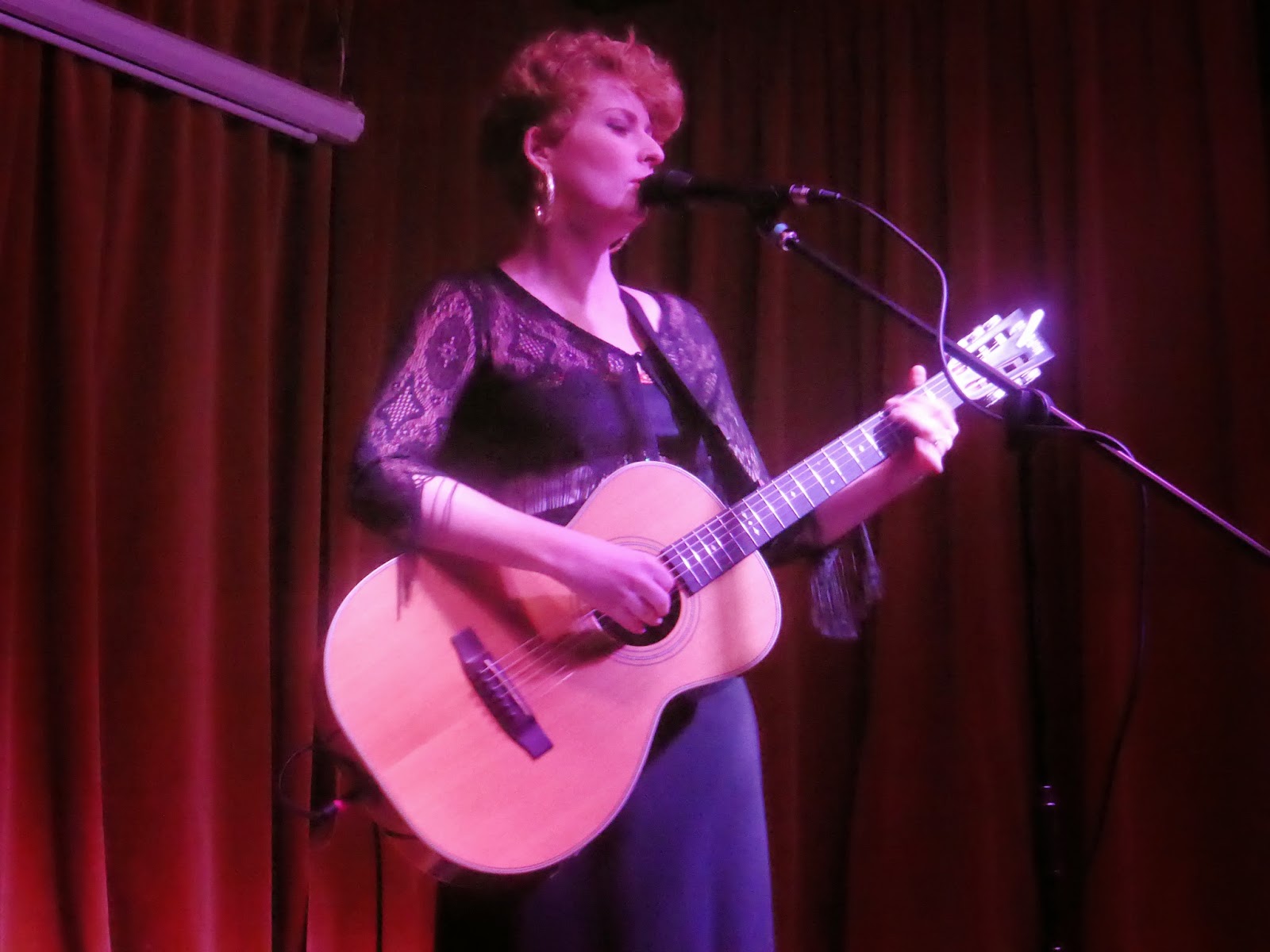 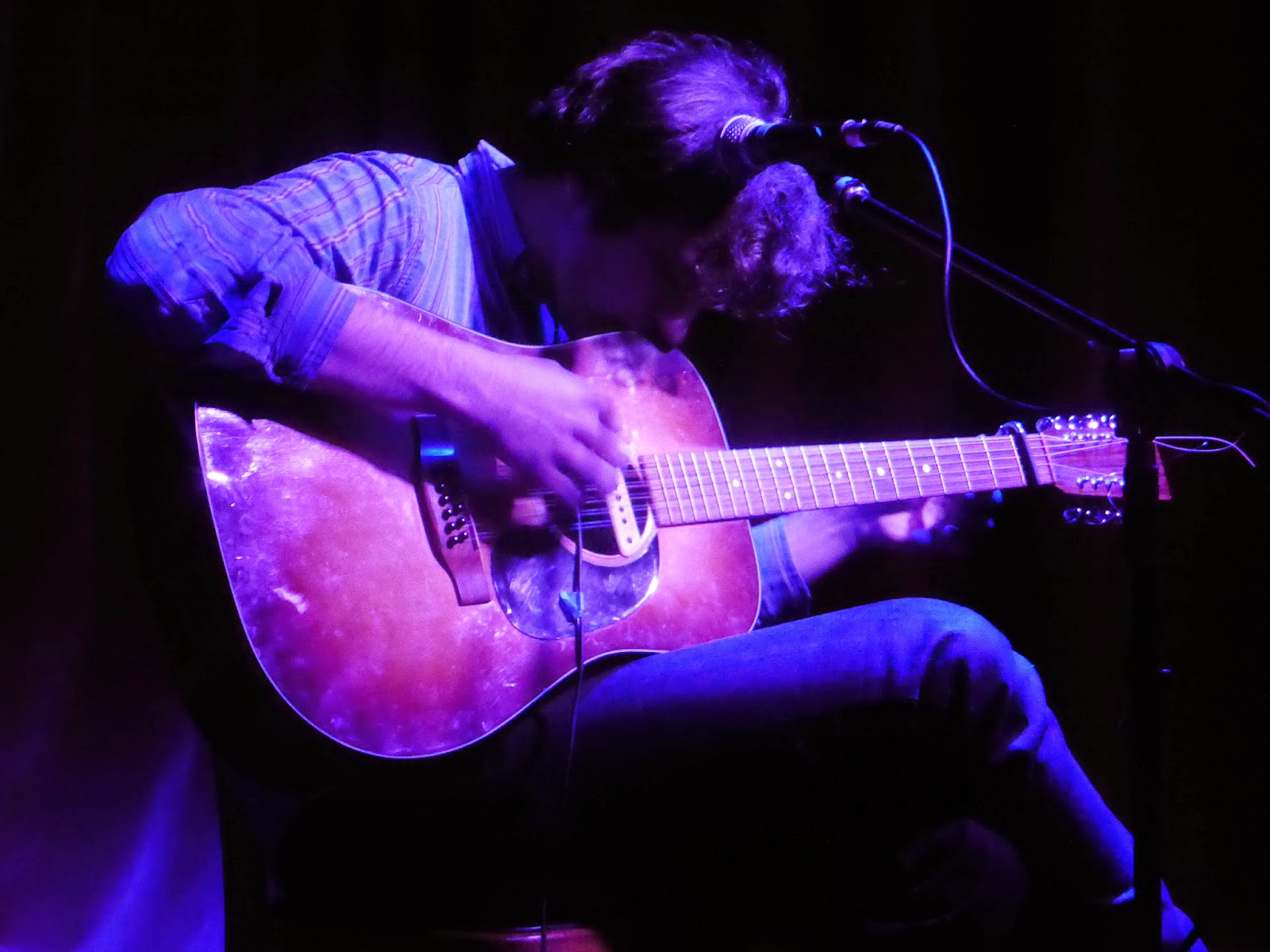 Sunday nights are always quiet for shows, so you know there's something special happening when Gullivers is sold out in advance. And it's with good reason as we're treated to not just one but two fabulous acts from across the Atlantic. Canadian Jenn Grant opens the evening and is followed by American soon-to-be-superstar Ryley Walker.

Jenn Grant hails from Nova Scotia and is at the end of a tour promoting her excellent new album Compostela. Her songs tonight are stripped back to just her voice and an acoustic guitar, but the raw approach to the songs works beautifully, as save for a couple who like the sound of their own voices, you can hear a pin drop, a courtesy rarely extended to a support act. 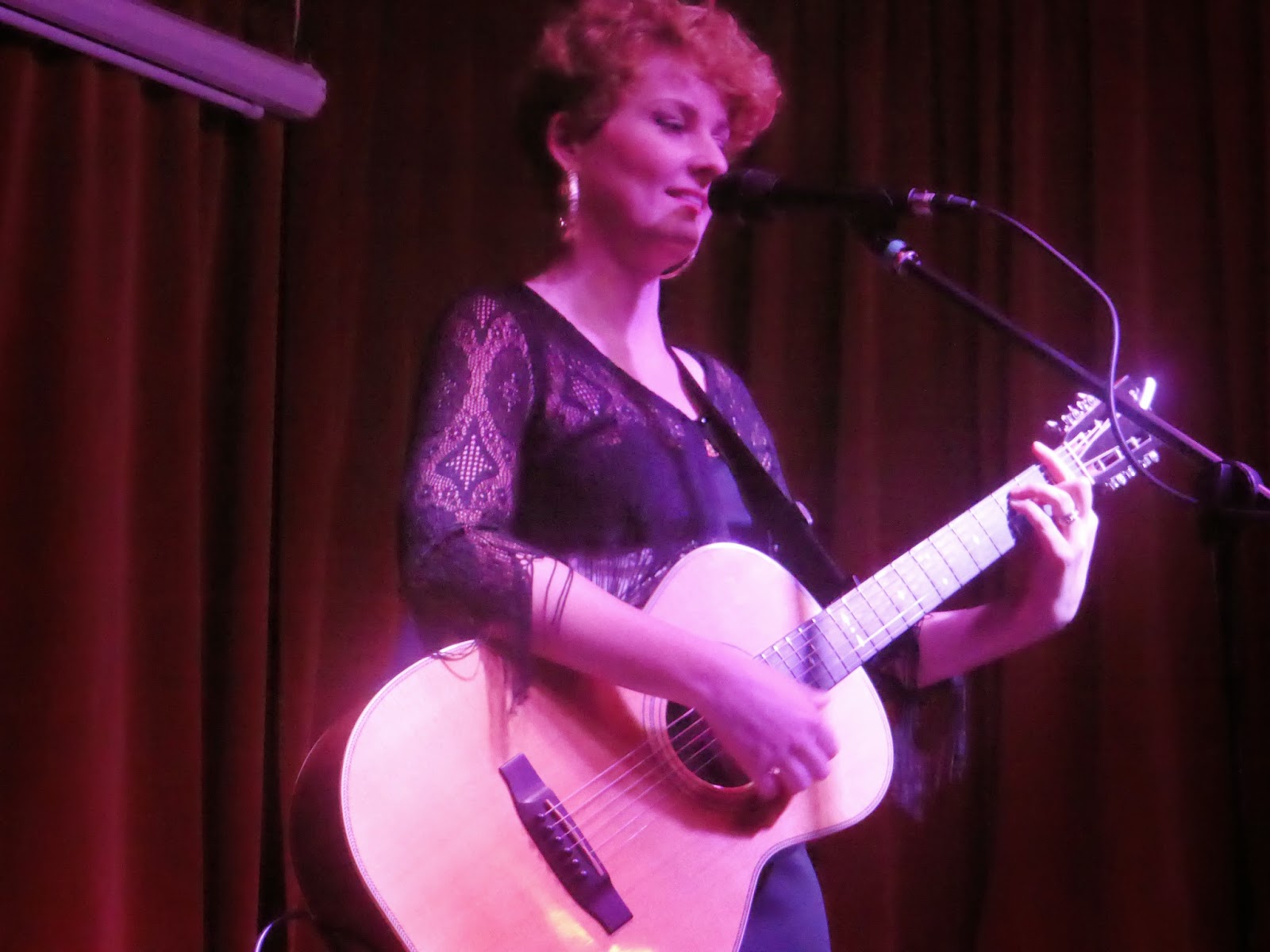 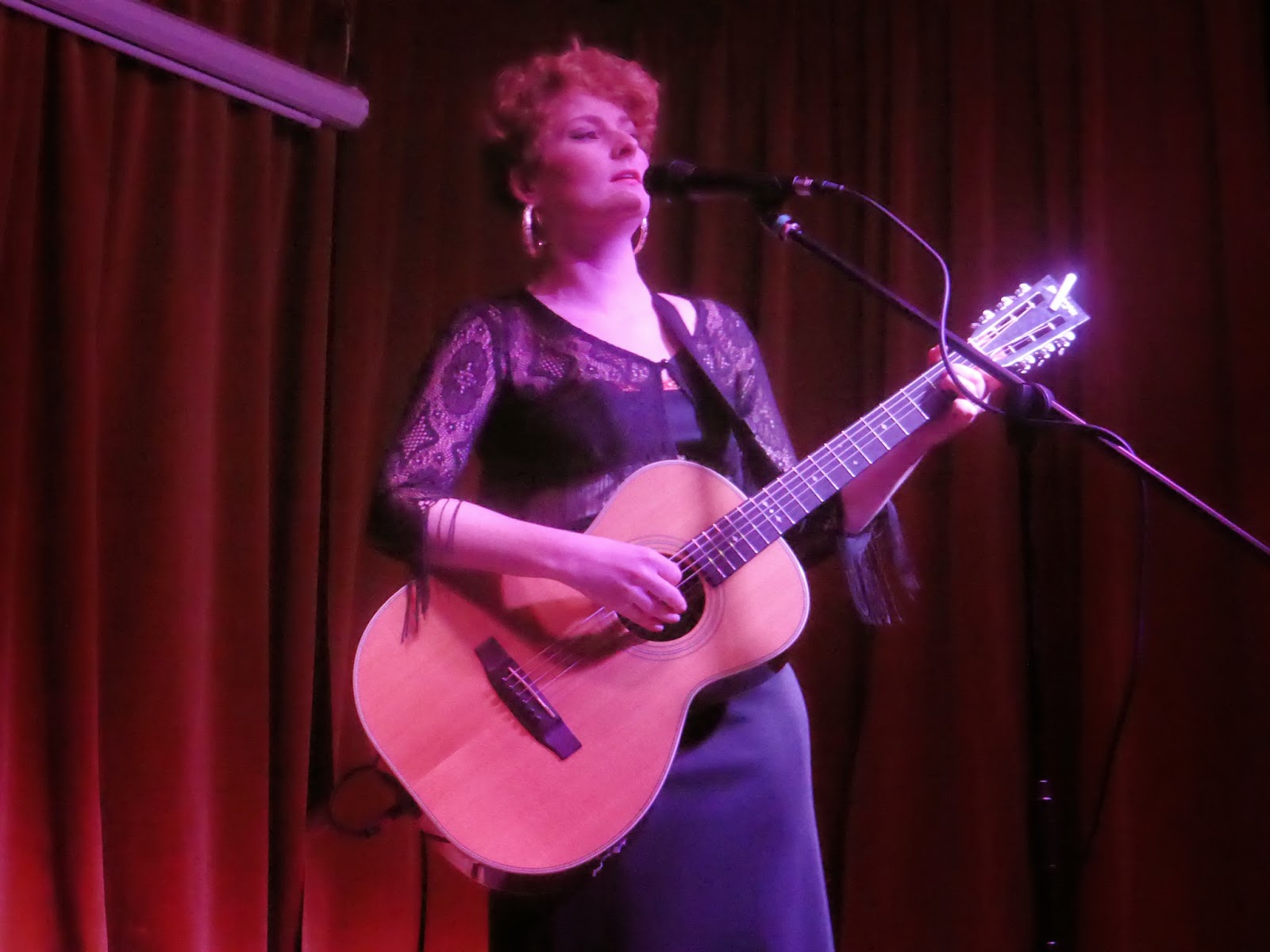 It's the power of her songs though that generate that respect, beautifully crafted, fragile and delicate yet with an eye for detailed stylings that make Compostela's No One's Going To Love You (Quite Like I Do), no less powerful for it being stripped of its imposing piano, or Barcelona and The Beautiful Wild's The Fighter or lead single I've Got Your Fire such intense songs in whichever format they're performed. Jenn's vocal range allows her to wrap herself around the emotional peaks and troughs of the songs, whether she's singing or harmonising to create something that demands silence and attention. Few of the people of the room are familiar with her before, but she breaks down that barrier that often exists between support acts and their audience.

Between songs she's extremely chatty, as if possessed by a nervous energy talking about the halloumi salad she had for tea, water taxis, planting roses with her Mum, sleeping in a child's bedroom the previous night, walking through Manchester parks, prom songs about ice cream, winning an Anna Greengables competition in her childhood and a dress accident that befell her pre-show. All this just endears her to the crowd more as you can't help but fall for her infectiousness. 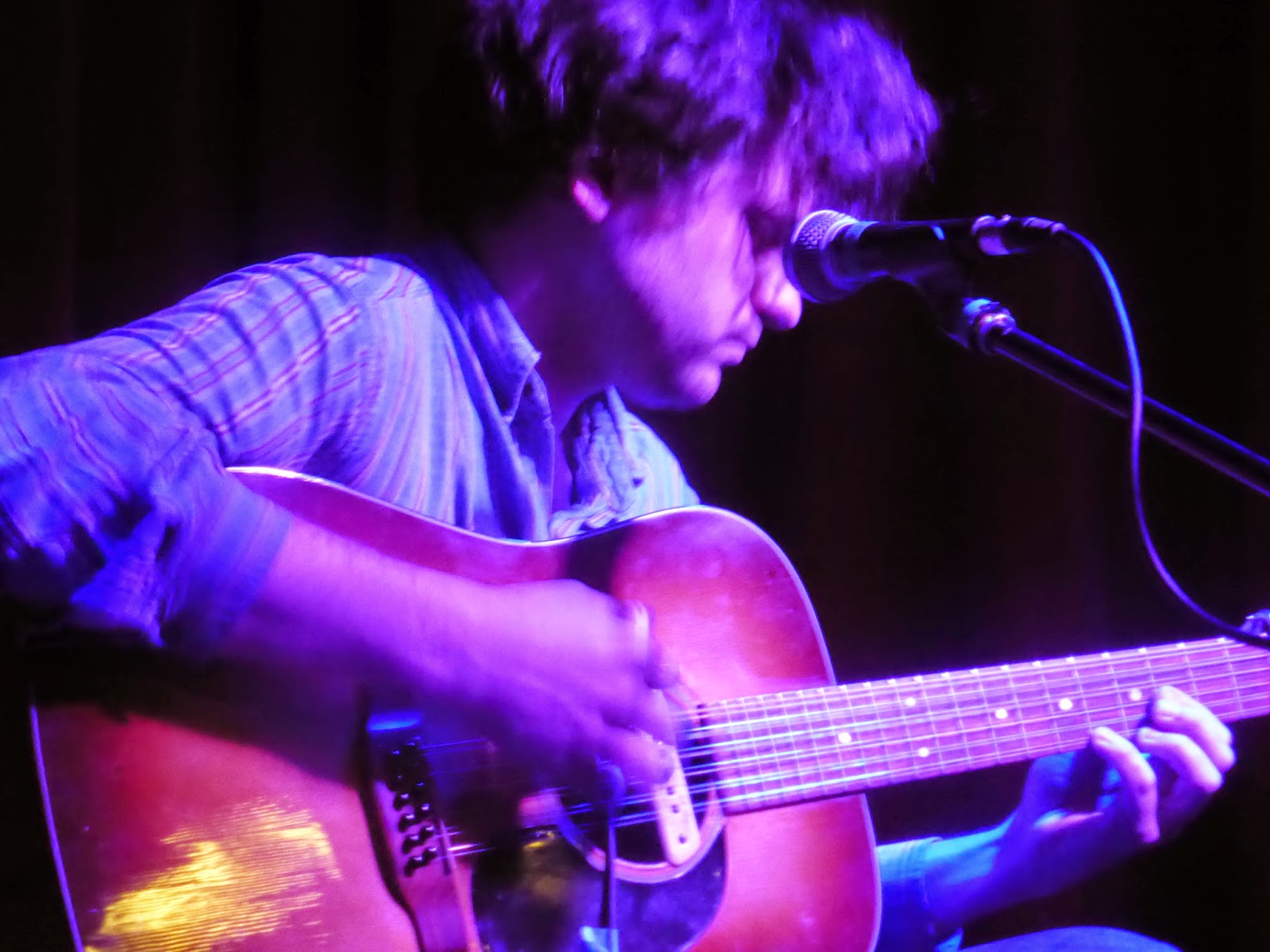 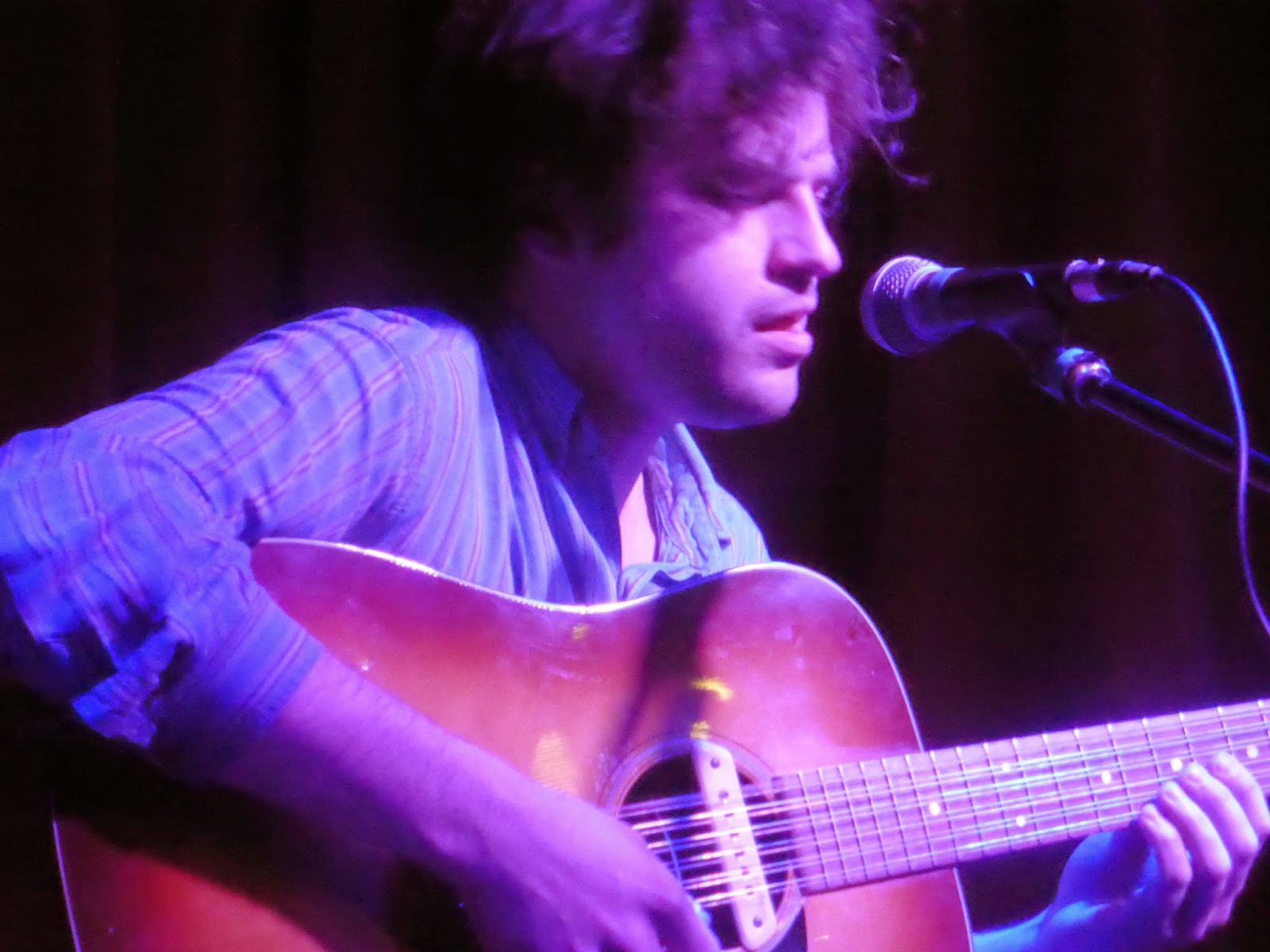 It's a difficult act for Ryley Walker to follow, but as we discover he's no ordinary act. In our review of his album Primrose Green, we described him as a nascent genius with a head full of ideas. His live set takes us further off the beaten path drawn away by the musical workings of his mind. There's a natural affinity between Ryley, coming from Chicago, the US equivalent of the rainy grey city that's lit up by his music tonight, and from the very start the Manchester audience is enthralled by his unique style of guitar playing, whether it be on twelve- or six-string.

He starts off with an instrumental which flows into Funny Thing She Said, which appears on neither of his two albums to date and together they weigh in at close to ten minutes, starting with an vocal-free acoustic guitar section that demonstrates his mastery of this craft. The live show takes his songs and transforms them, as if the recorded medium is restrictive, something that hems in his natural instinct to create, to expand, to let go. The crowd are stunned into silence as this probably wasn't quite what they were expecting.  A few leave after a couple of songs, unsure of what to make of this, but this is music at its most raw, knuckle-exposed, an artist lost in his art, one minute finger-picking, the next letting go a blood-curdling howl, veering from intense to a simple acoustic strum and then back again.  Summer Dress, five minutes long on the album, becomes another ten minute epic that doesn't feel anything like that long, such is the way we're transfixed. We're twenty minutes in already.

Next up is the title track of his recent album Primrose Green, once he's tuned his guitar how he wants it. By this point this gig feels like it's been turned into an intimate living room performance, such is the intensity, the attentiveness of the audience, utterly transfixed. Like the previous two songs, the introduction to the song is stretched and picked apart with an almost blatant disregard for the convention of song structure, the first time we hear its instantly recognisable guitar hook is five minutes in to a song that only last four minutes on vinyl. It could be a whole different song in there, but it's challenging the audience who might be expecting the latest hyped acoustic singer-songwriter producing instantly memorable easy listening based on some of the reviews rather than someone who's redefining himself in front of us.

He continues with Hide In The Roses, the closing track from Primrose Green, which weighs in at three minutes.  He chats away with us as he tries to tune his guitar as he works out the opening to debut album All Kind Of You's opening track The West Wind. His half-sung, half-spoken voice is perfect for the rich, deep storytelling contained within his songs. Next up is the country-influenced On The Banks Of The Old Kishwaukee, which gets a few hollers of recognition when he announces it, before he moves in a Van Morrison cover, Fair Play, which he keeps true to the original whilst putting his own spin on it at the same time, joking with us beforehand that he's going to play Brown Eyed Girl.

It's at this point you realise he could be operating in a different era to the rest of us, making us reassess what we expect from one man and a guitar because there's no one remotely like him in the sheer intensity of performance. He closes his set with Sweet Satisfaction and he loses himself in what he's doing, almost oblivious to those of us watching on spellbound. 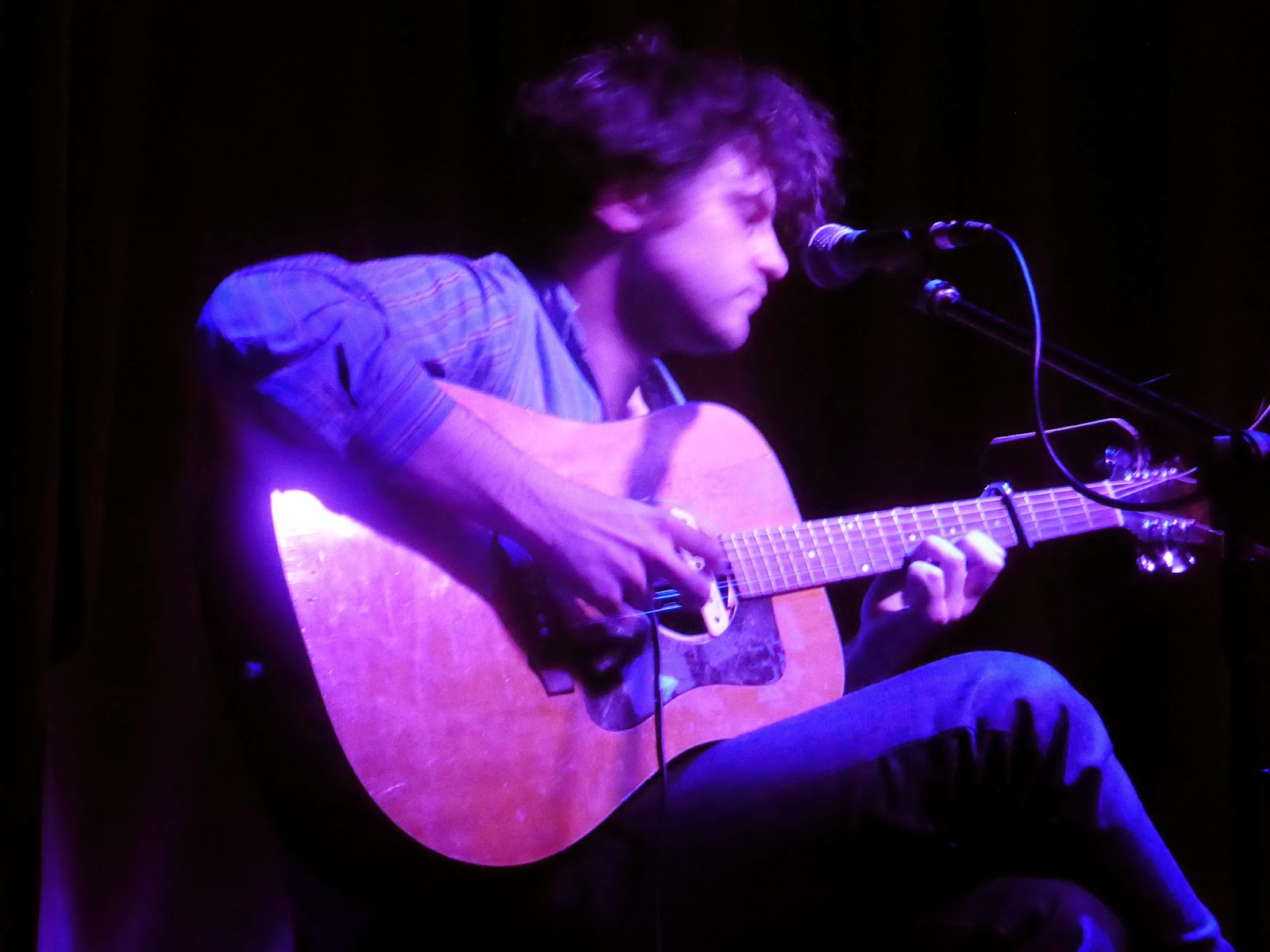 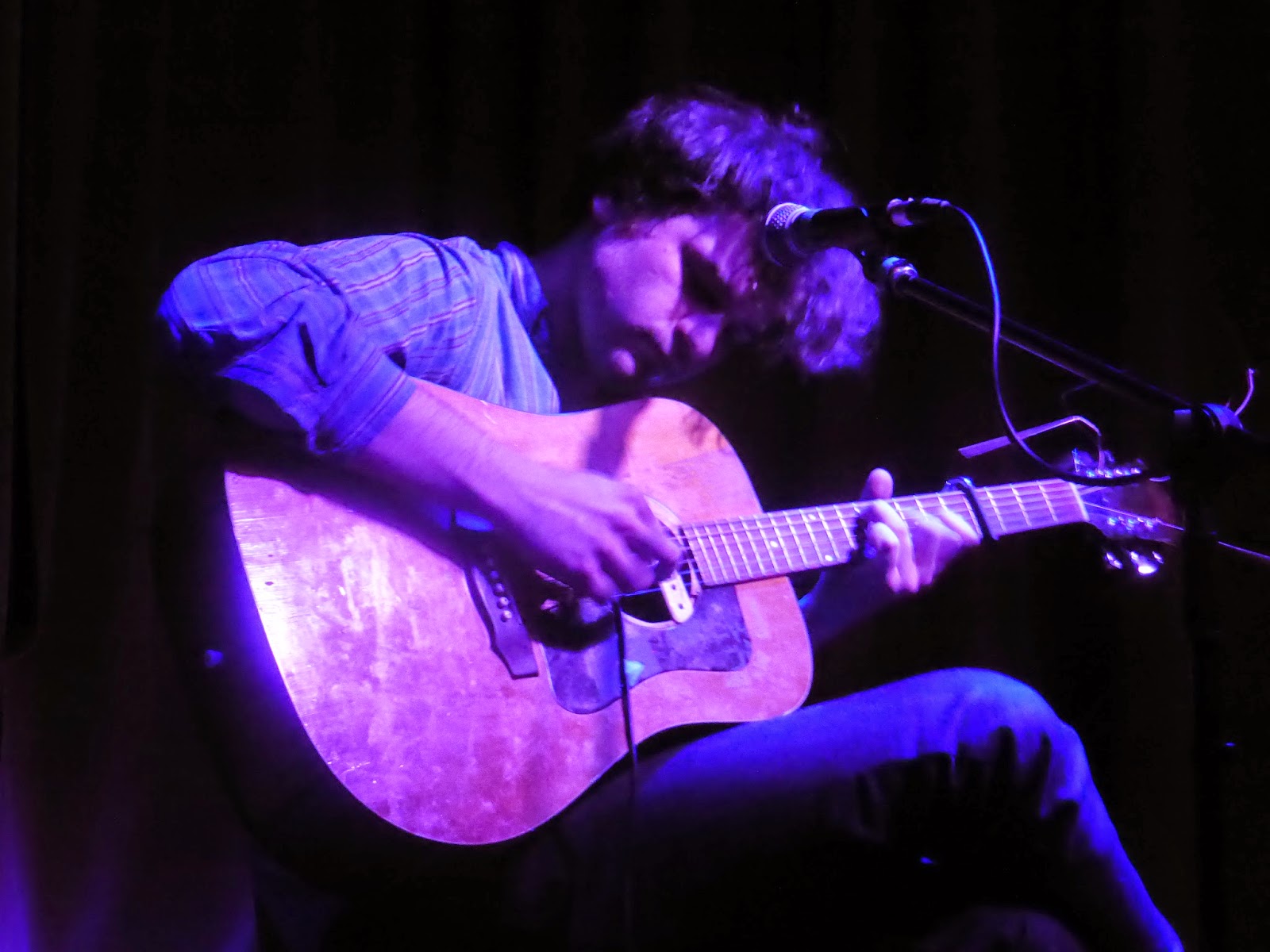 Not wanting to labour the point, and we know we probably are, there's no one quite like Ryley Walker and even his own records don't come close to capturing the essence of what is going on inside his creative mind. To do that you have to witness his live show. A fierce intensity burns in everything he does, his guitar style covers so many different boundaries, some familiar, the majority trespassing on land we've not been on before. The framework of the traditional song doesn't do him justice, this feels like free form, instinctive natural music being created and in how he engages with us, he breaks down the barriers between performer and audience to the point you'd want to sit down and have a beer with him at the end of it all.