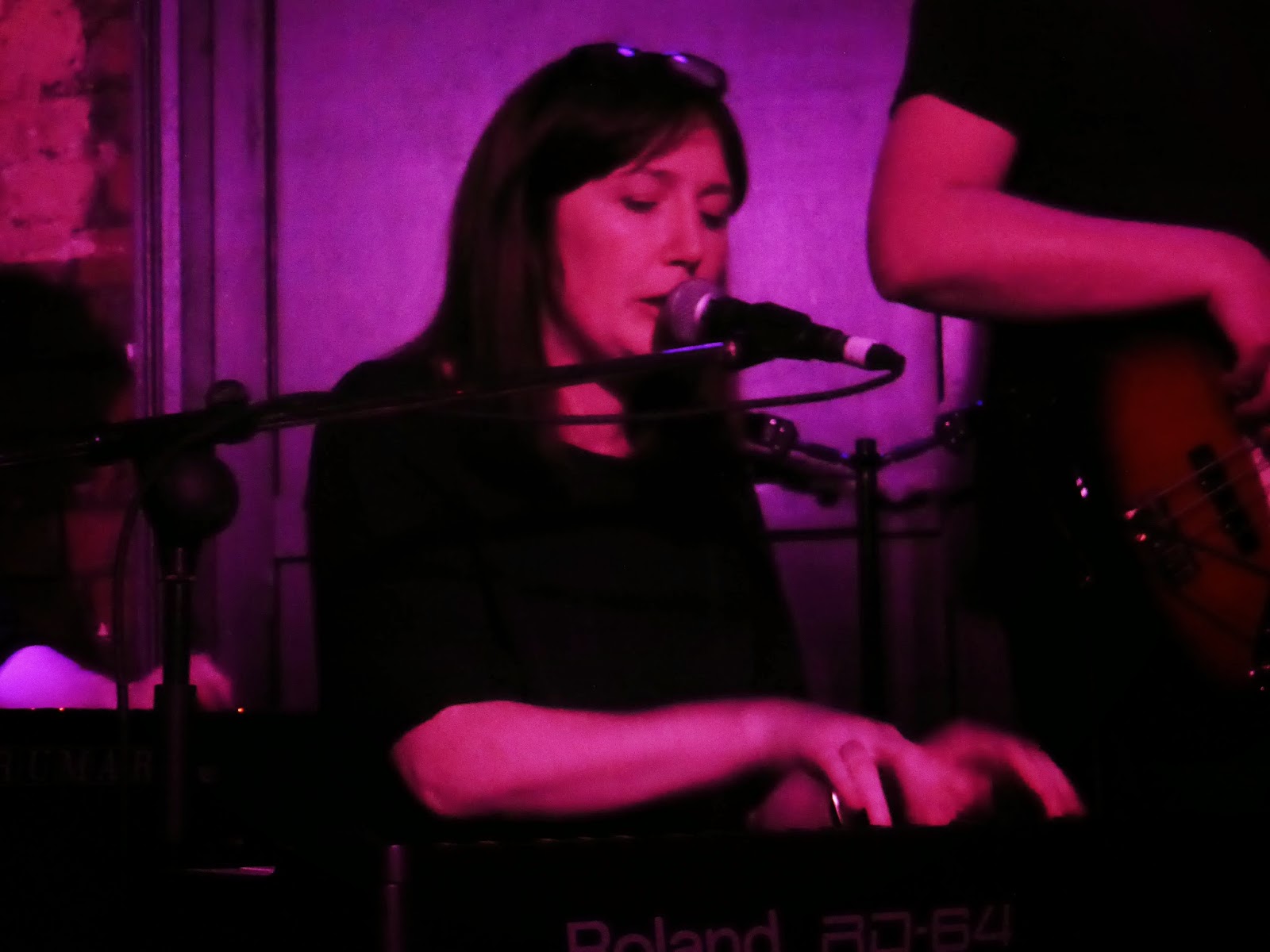 To support the release of album of the year contender The Joy Of Waiting, Sara Lowes played an intimate set at Salford's Eagle Inn mixing tracks from the album, her debut Back To Creation and a track inspired by Dylan Thomas. Backed by members of The Earlies and other illuminati of the Manchester scene, her live show matched the grace and vitality of the album.

The set opens with the inventively titled Let's Start With An Instrumental and before a note is struck, the tone is set for an engaging evening between the musicians on stage and between Sara and the crowd. They're ready to go, but have to wait for the long fade out of the intro tape and then Sara frets about the position of the mic stand on a stage that really isn't big enough for the five of them. Immediately a rapport is struck up that continues throughout the gig, especially when Sara introduces her Mum who's up on the balcony and it feels like this is a show for friends rather than a standard show.

The set naturally focuses on The Joy Of Waiting, but the second track Night Times takes us back to Sara's debut, a rawer but no less accomplished record that never seemed to get a proper release four years ago but which has, with the benefit of hindsight, set down the marker path for her new record.

I Wish, J B Priestley (complete with a tale of playing songs to a group of mostly old men who make up the J B Priestley Appreciation Society at the weekend) and I Find You are a trio of songs that highlight the strength of the album and also the live set up. In addition to Sara's keyboards (and just watching her hands dance around it has the viewer entranced), Neil C Young plays guitar which looks so effortless in its execution you wonder where the sound is coming from, Alex Berry on bass, Richard Young on drums and the almost ubiquitous Christian Madden on a much more complex keyboard set up bring the record to life, replicating the complex harmonies and patterns that make the record so compelling. It's a little looser than the album, but that's to be expected given the paucity of live shows Sara plays, but rather than detracting from the song it heightens the charm and gives the band material to tease each other with between songs. 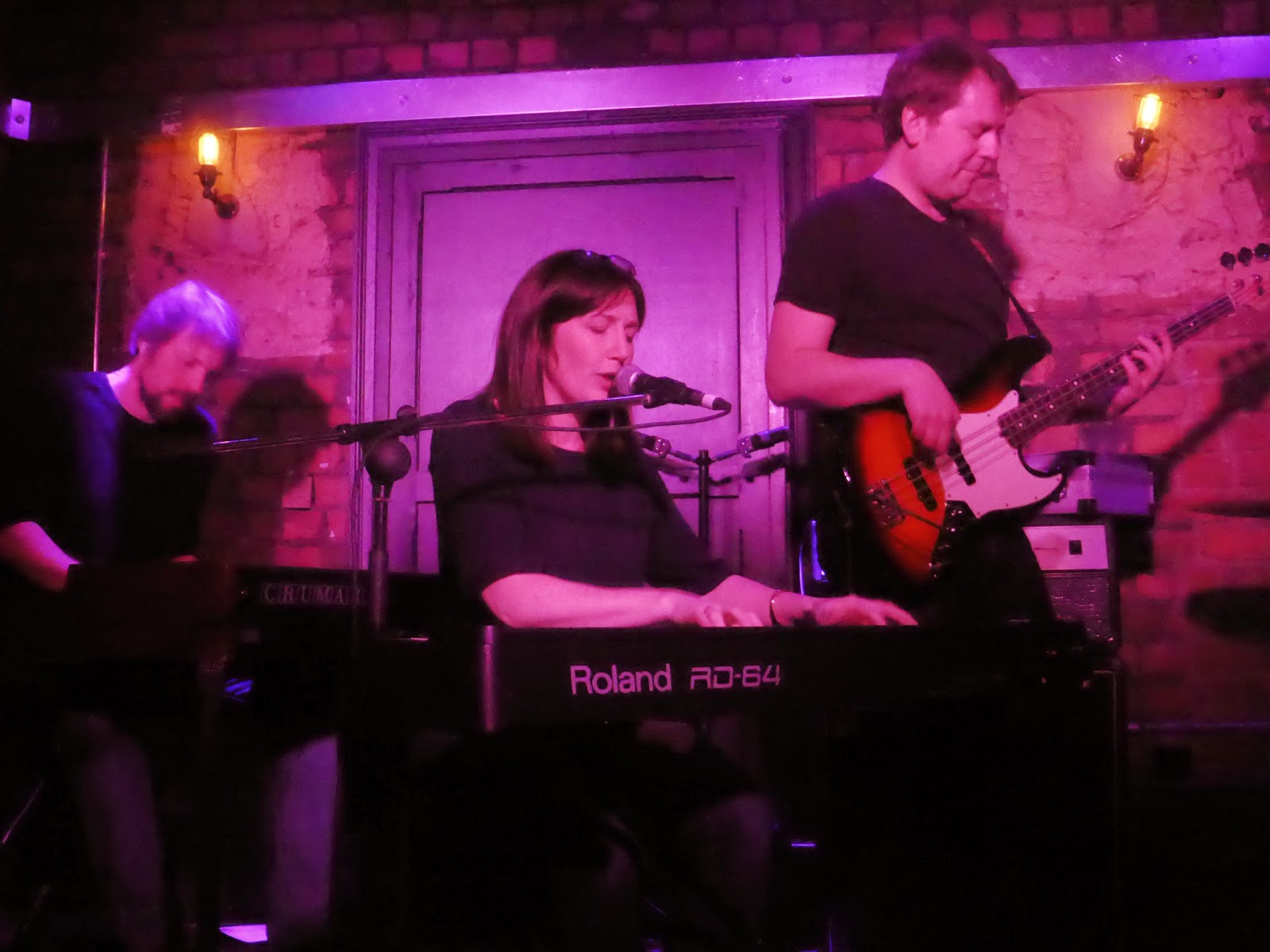 There's also moments where Sara plays solo or with minimal accompaniment such as the gorgeous heart-melting For The Seasons and the Dylan Thomas poem set to music of I Fellowed Sleep. It's this contrast in style that makes The Joy Of Waiting such a melange of varied styles and so unique and the same applies to the live show.

Cutting Room Floor heads off into a soul/funk direction, Sara tapping the keyboards as she shows off the range in her voice as she skips from note to note. Chapman Of Rhymes and Little Fishy are evidence that she can write great pop songs as well without compromising the diversity of her sound or taking the cheap and easy route. The hedonistic fun of Single Girl from Back To Creation is another reminder of her past before she closes the set with On The Run from last year's All For The Means Of A Well Planned Getaway EP and The Joy Of Waiting's closing track Horizons.

Urged on by an expectant crowd, she performs a solo encore of The Clock Plays Its Game, a fitting conclusion to the evening as it demonstrates that behind all the variety of instrumentation that fills the album and her live set, even the simplest most straight-forward of the songs Sara has produced can be emotional and beautifully crafted in a way so many other songwriters fail to achieve.

In our recent interview with Sara she hinted that she may not be any more active on the live front as she has been, so it's imperative that you go and catch her whenever you get the rare opportunity to hear the album translated into the live environment with such accomplished musicians backing up her already considerable talent.

Sara is playing Red Deer Club's 10th birthday celebrations at Fuel on Saturday and performing a piece at Sounds From The Other City festival on May 3th. Her commission for the Graphene Institute in Manchester is due to be performed on June 25th and 26th.

The Joy Of Waiting is out now on double vinyl which can be purchased from Sara's shop or digital download.