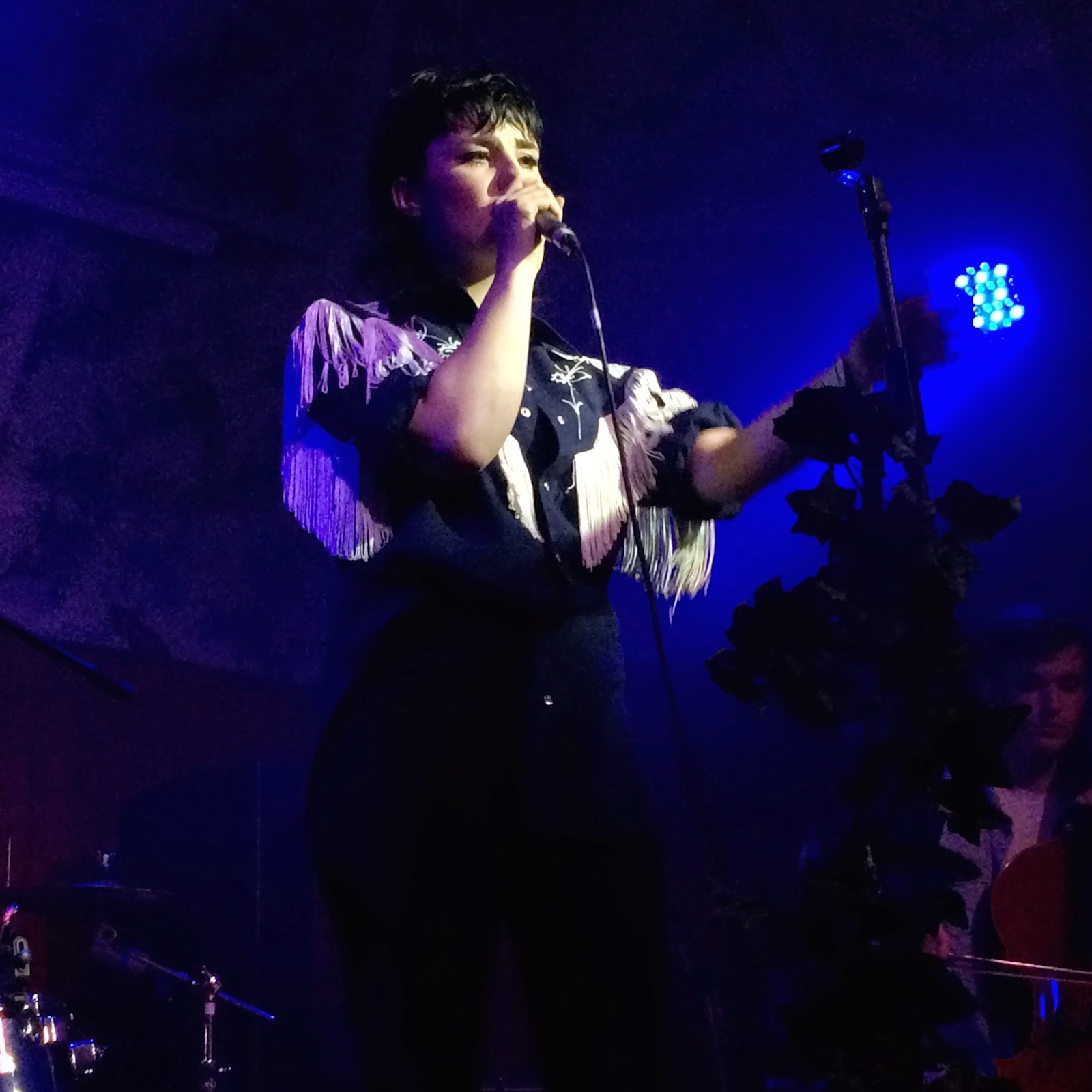 It's three long years since Ren Harvieu broke onto the scene with her Top 5 album Through The Night. As we wait patiently for her second album, being crafted with the likes of Bernard Butler and The Magic Numbers' Romeo Stodart, she played a show at Manchester's Deaf Institute, mixing songs from her debut with a few covers and one new song whilst showcasing a new more upbeat dynamic sound with a five-piece band without taking the focus away from her show-stopping voice.

Ren's new band, and this is the first time they've performed live in front of a crowd, features a drummer, bass player, a cellist / saxophonist and The Travelling Band's Jo Dudderidge on piano and guitar. The sound they create gives extra body and strength to the likes of Walking In The Rain and Through The Night, allowing Ren to channel her inner Joan Jett and let go vocally, showing us that her mastery of her own stunning range and pitch isn't just restricted to the softer slower balladry that we fell in love with on her debut. It's also testimony to the enduring nature of the songs that they don't feel out of place or uncomfortable in their new skin. 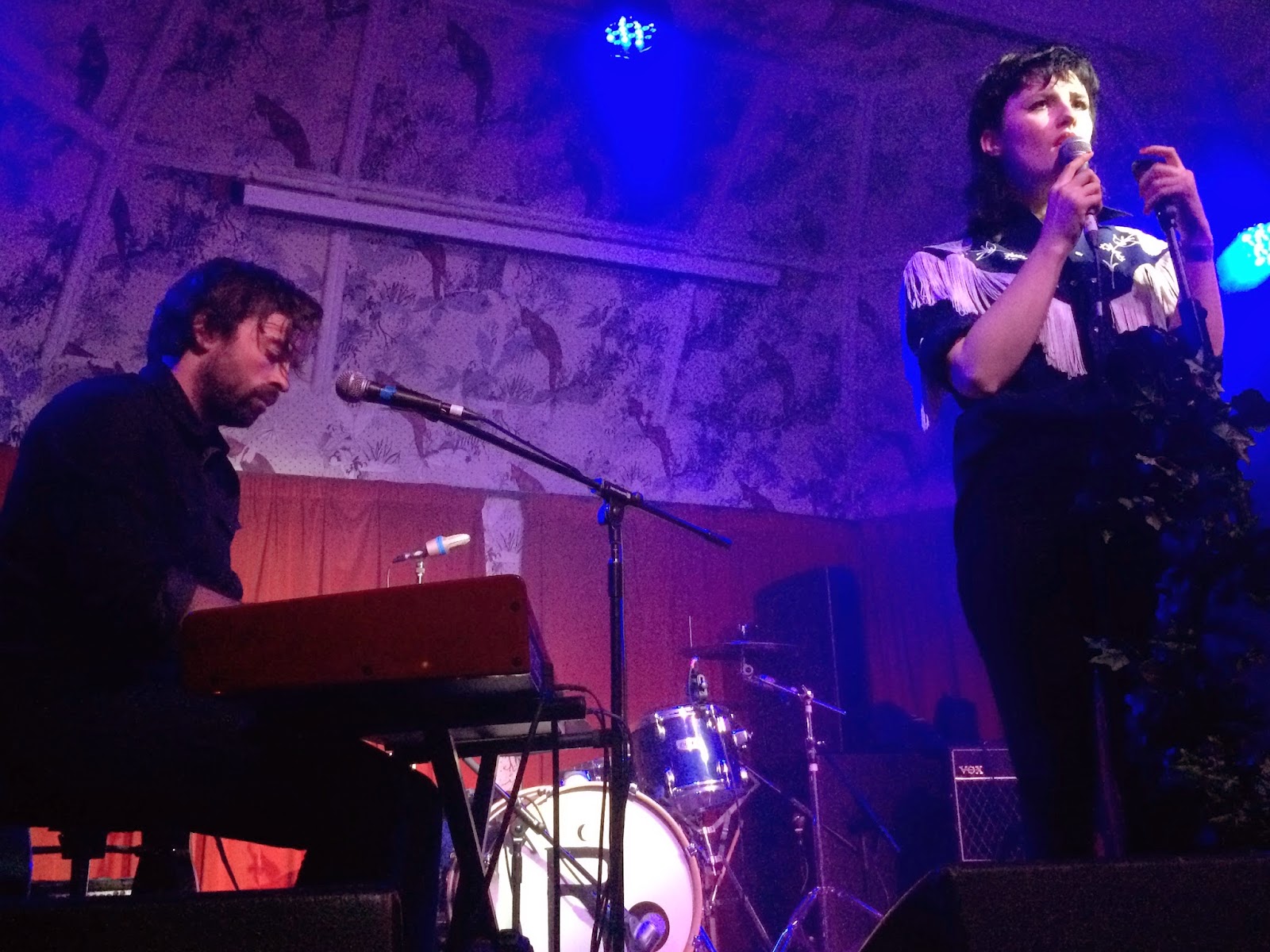 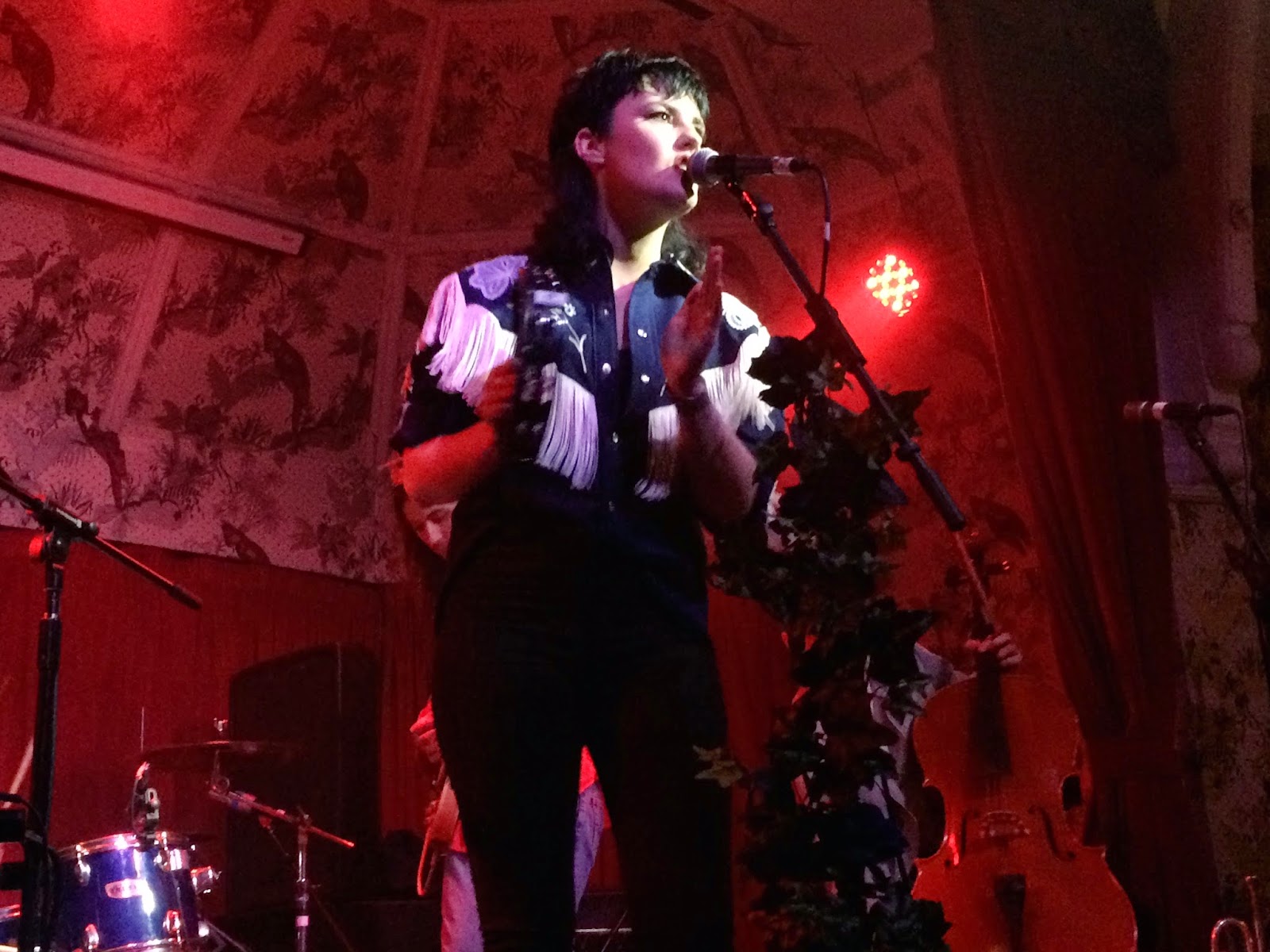 We also see a far more confident outgoing Ren than we've seen in the past. Now longer is she almost apologetic and embarrassed at the response she gets, but chatting and joking throughout with the members of her band and the audience. She's self-deprecating when laughing at the emo elements of some of her songs, particularly the new song You Don't Know Me, which is a cutting, damning put-down of an ex who used her as "a toy to play with until you were through". If that song is indicative of where album two will come out, we can expect more of the soaring, heartfelt, personal songs soundtracked by Ren's exceptional voice that lives every word of every line.

The set slows down mid-way through when the band, except Jo, leave the stage and the two of them perform a haunting duet of Chris Isaak's Wicked Game, a song covered by so many, but so rarely by two singers with such a command of the emotion and intensity of it. 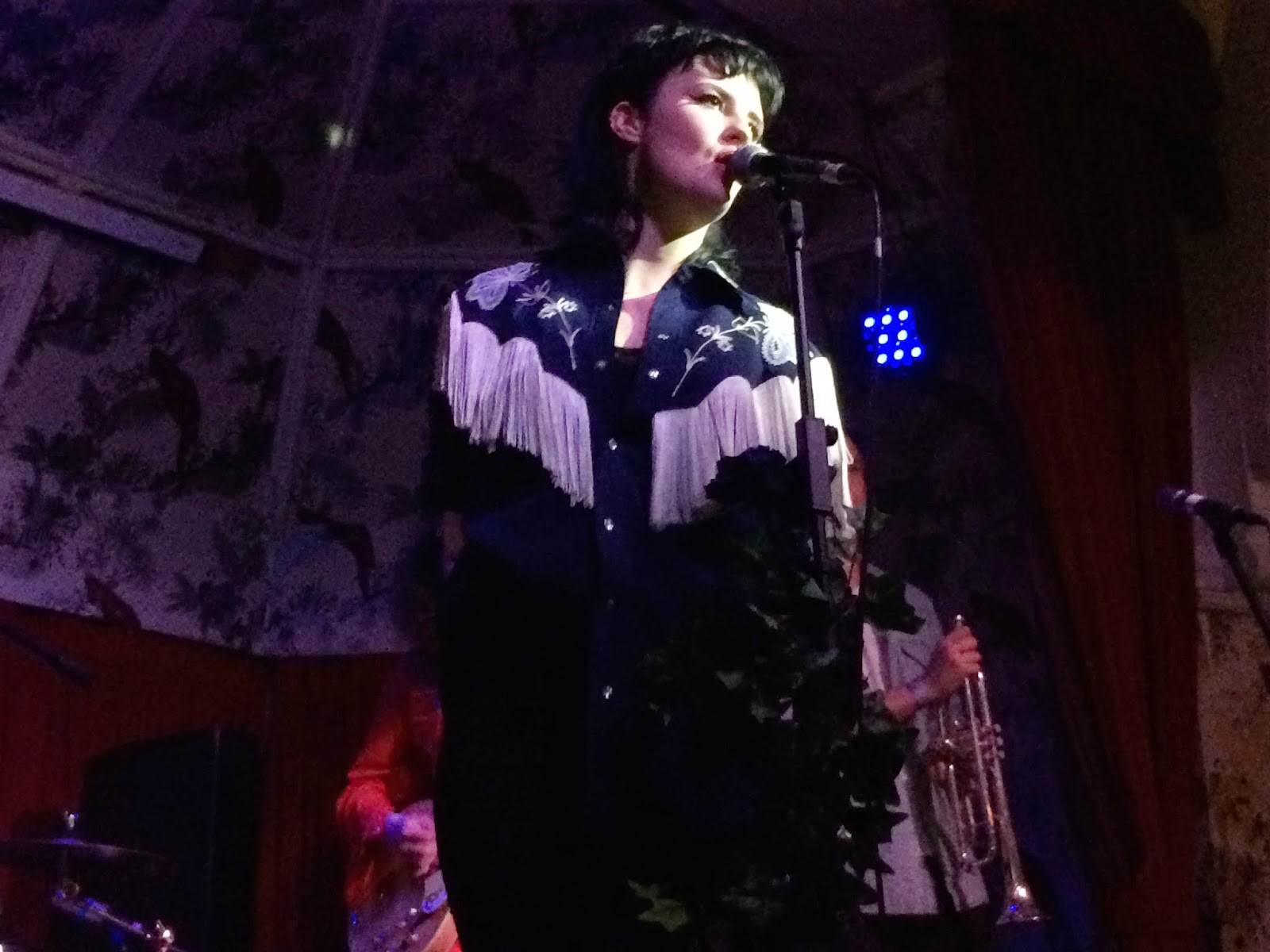 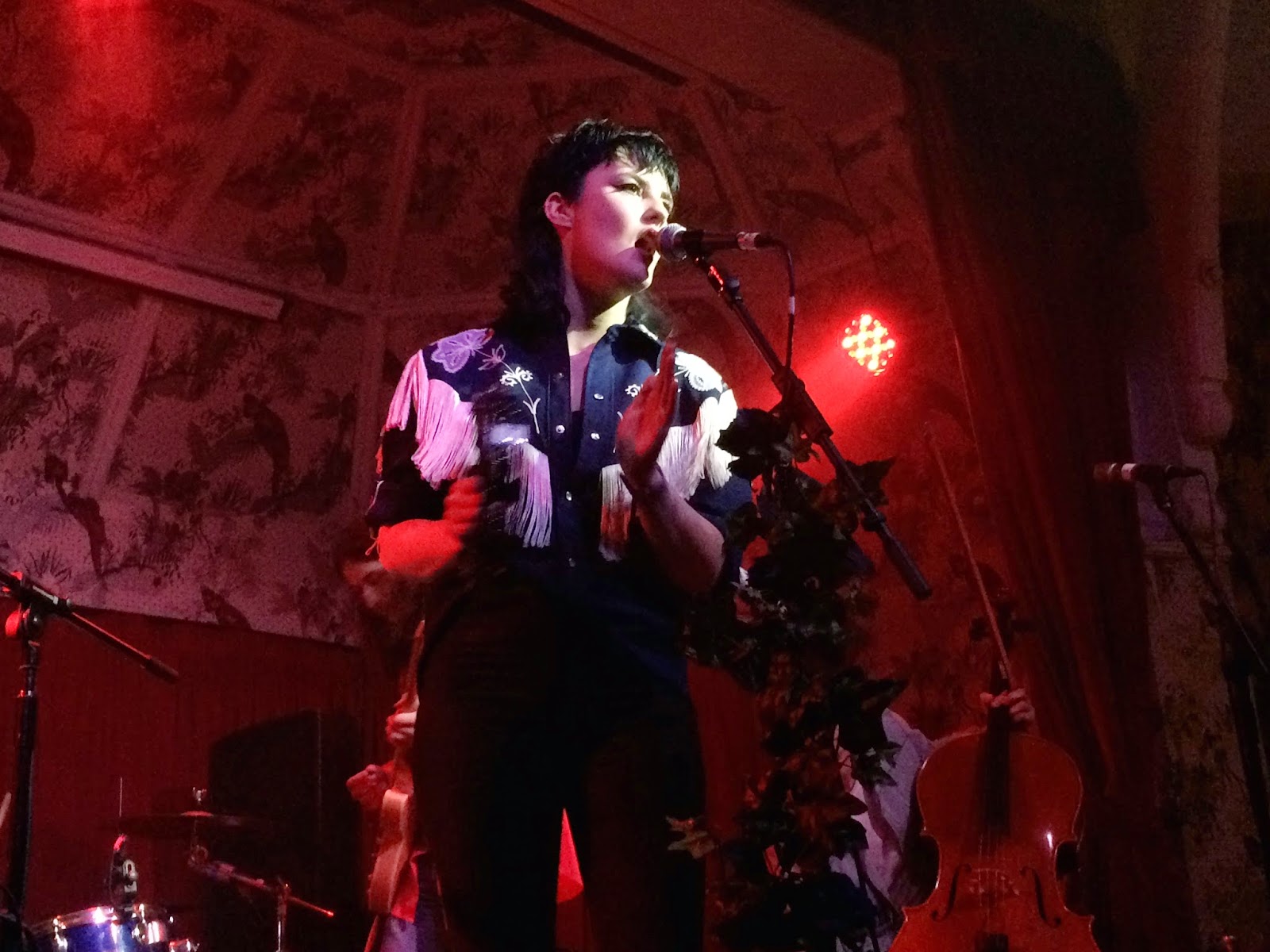 The set closes with a couple of covers. Fairport Convention's Who Knows Where The Time Goes is followed by Blondie's Rapture, a joyous romp through a song that a teenage Ren clearly grew up loving, such is the energy in the song and beaming smile across her face before she leaves the stage leaving her band to jam for a few minutes to bring the evening to its close.

Ren Harvieu possesses possibly the most striking female voice you're likely to hear. Entirely natural and in contrast to her broad Salfordian twang, it holds the audience awe-struck in its wake as it ascends and descends ranges and pours emotion out of every note. Quite why she's not huge and as celebrated as other female vocalists is a complete mystery.