Track Of The Day : Taylor And The Mason - Midas Touch 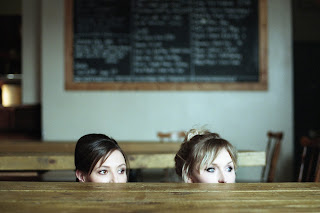 Midas Touch is the new single from Taylor And The Mason, taken from their self-titled debut album. The video for the single was filmed at Manchester's Albert Hall on one DSLR camera by Bill Mohin and edited by Laura Bryant.

The video tells the story of a party where Becky (Taylor) travels through rooms, getting more covered in glitter as she seeks to get away from the strange characters that are at the party and find someone to talk to. She meets a mysterious creature before there's a happy ending to the tale.

Taylor And The Mason's official site can be found here and they are on Facebook and Twitter.

Email ThisBlogThis!Share to TwitterShare to FacebookShare to Pinterest
Labels: Taylor And The Mason