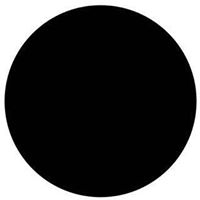 We like a band with a bit of mystery about them, one that doesn't give away names, post many pictures (although their Twitter Christmas picture shows a sense of humour) but which have a big slice of self-confidence as their introductory email described themselves as "the most exciting new band in Manchester." A bold proclamation so have a listen to their latest single Think Responsibly and see if you agree.

Their Soundcloud page describes them "Founded around sibling rivalry and childhood friendships, LYNCHS are a new band from Wigan (A wonderful, working class, post-industrial town in the north of England). Tired of today's prospects, our drive and refusal to settle for the '2018 everyday' are qualities that set us apart from our musical peers."

The single follows that declaration in demanding that people "open your mind, take a look inside, what will you find?" and question everything that's going on in the world at present and not just take it at face value and accept it.

Think Responsibly is the follow-up to their Waxwing single.

They play Leeds 360 Club (February 16) and there's a few more dates in the pipeline including a Manchester one in March.

Email ThisBlogThis!Share to TwitterShare to FacebookShare to Pinterest
Labels: Lynchs