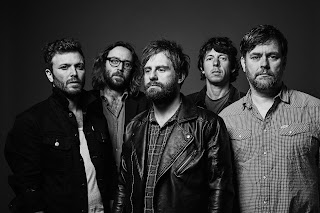 High Hopes is the first single from Orphan Colours' debut album All On Red that's released on January 26th on At The Helm Records. Featuring members of ahab, Danny And The Champions Of The World, this supergroup of sorts have crafted an album that has touch points on the work of those three bands, but with an individuality and depth that's all of its own.

The album can be pre-ordered from At The Helm's website.