TRACK OF THE DAY : Soccer Mommy - Your Dog 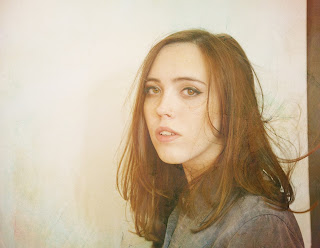 Your Dog is the first song to be taken from Soccer Mommy's debut album Clean which is due out on March 2nd in conjunction with a UK tour that takes in a show at the Castle Hotel in Manchester on March 4th.

For someone who's just 20 and about to release a debut album, Soccer Mommy, aka Sophie Allison, has a lot of history. A cursory glance at her Bandcamp page shows a collection of EPs, demos and a compilation called The Collection, which showcase the development of an artist who hasn't been afraid to lay her heart and soul bare in her music.

From songs written and recorded at home, two of the EPs are called Songs From My Bedroom and Songs From My Bedroom part 2, the release of Clean sees her bring on a board a full band and go into a real studio to flesh out her songs and, if Your Dog is anything to go by as it defiantly declares that "I don't want to be your fucking dog that you drag around", remarkably lose none of those genuine emotional connections to her experiences that allowed her growing band of admirers to relate to every word she's singing.

The accompanying video talks to what Sophie describes as "a feeling of being paralyzed in a relationship to the point where you feel like you are a pawn in someone else's world. The song and the video are meant to show someone breaking away and taking action, but at the same time, it's only a quick burst of motivation. It’s a moment of strength amidst a long period of weakness."

Soccer Mommy is on Facebook and Twitter. Clean is out on March 2nd and can be ordered via her Bandcamp page including a 300-only purple vinyl. All her previous releases are still available there too. Selected UK independent stores will also be carrying an "ultra clear" vinyl version.