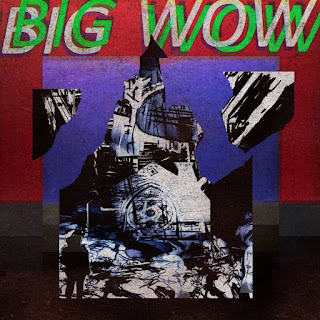 Manchester four-piece The Happy Soul recently released their second album Big Wow. Ahead of their album launch show this Saturday (June 30) with a string quartet at Salford Kings Arms Theatre, they walked us through the twelve tracks that make up the record.

There is a certain, ineffable feeling when you submit yourself to the mercy of somebody else’s indifference.

You want to be and you’re used to being in control of your own actions but when you start second guessing someone else, you become some sort of emotional eunuch, and it kills you. Slowly.

When a man reaches his thirties (or some arbitrary number near the age of Jesus Christ’s death and supposed resurrection), he has to come to terms with what sort of person he is going to be for the rest of his life. He can no longer rely on his boyish charms (if he ever had any) and must now resort to more passive behaviours like kindness and listening.

3. The Rules Of Love

A school teacher with an asexual disposition and a keen and sincere interest in the literature of Keats, Wilde and Shelley stands up to a number of his pupils who like to tease and intimidate him for his gentle nature. He wins, spiritually speaking.

4. A Salfordian Werewolf In Urmston

There was a man who believed the idea of his object of desire was more important than the reality: He was projecting his own immaturity onto his partner.

He also was more interested in computer games than resolving his problems, most notably; the 1988 arcade beat ‘em up classic, Altered Beast.

This is what happens when you tell your partner that you feel emasculated by her stronger wit.

Originally this was composed as an instrumental at the behest of a demanding and megalomaniacal theatre director two days before the stage play for which it was written was due to debut.

The lyrics and melody are about the self indulgence of a controlling figure whose toxic narcissism leads him to make wild and unwieldy demands to prop up his bloated and corroded ego.

Confirmation bias is a curse to an author of fiction just as much as it is to a scientist or journalist. If the narrator is never questioned or challenged, then the story may be perverted so that the lies become the crux and the truth an appendix.

This is also a song about unrequited love or something.

A broad composite voice of all the troubled women I have ever met, and their reaction to my arrogant summation of their flaws. Written on the toilet whilst at work.

Beneath a one month filled abandoned diary, caked in dust, in a drawer in a bedroom, in a house in Hackney, lays a never listened to, unopened self-help cassette tape.

10. Someone is Calling Your Name

When you’ve moved past that ineffable feeling you felt whilst at the mercy of somebody else’s indifference, and you start to repair your self-esteem, a new feeling may take hold.

You carry the weight of your past lives and transgressions like facial lesions and although you decide whether they exist, they cause you literal, self-flagellating pain. Each measure of affection from your partner induces a deep, never consummated nausea that dissolves your social skills into a tepid and flavourless soup.

If you share a bed with someone, why not try ending the day on a positive note by telling them to shut up just before they go to sleep?

A commonly asked question is ‘If you could meet your younger self, what advice would you give?’

The assumption being that the older self is wiser.

I had a dream where I met myself as a young boy. I was about 6 years old, and I had glowing, golden eyes. I could sense my younger self felt disappointed by my short-comings; that I had somehow under-achieved.

I knelt at his feet, asked for forgiveness and pleaded for advice.

The album is available via their Bandcamp page.

Tickets for the launch show can be purchased here.

Email ThisBlogThis!Share to TwitterShare to FacebookShare to Pinterest
Labels: The Happy Soul