TRACK OF THE DAY : The Lucid Dream - Alone In Fear 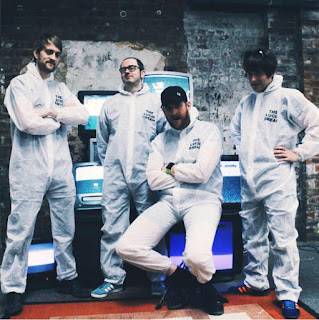 The Lucid Dream have revealed Alone In Fear, the second track to be taken from their forthcoming fourth album Actualisation that will be released on October 19th.

Alone In Fear is a nine-minute twenty-four second journey that feels like an album rolled into one song. They've previously been quoted as describing Actualisation as a record that redefines their sound stating "Many acid house records from 1985-1993 have influenced the new record" and "predominantly 808/303-fused groove acid house with a slice of dark dub meets drum ‘n’ bass"and leading them to jokingly labelling themselves "Psych traitors." One listen to Alone In Fear certainly confirms that they were not bluffing.

The album tracklisting, on their own Holy Are You label, is Alone In Fear, Zenith (part 1), Zenith (part 2), SX1000, Breakdown, Ardency and No Sunlight Dub