TRACK OF THE DAY : The Murder Capital - Only Good Things 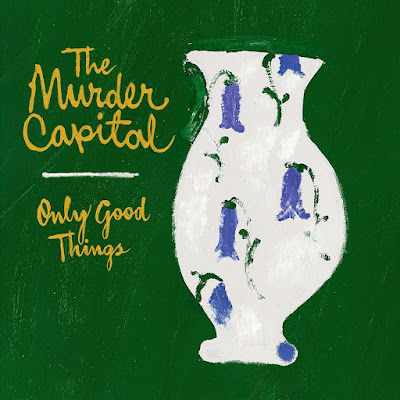 The Murder Capital have released Only Good Things, the first taste of their forthcoming second album. The song represents a significant departure from the dark sound of their debut When I Have Fears focusing on celebrating those that are still with us rather than those we have lost.

The new material has been a long time in gestation with three years passing since the release of When I Have Fears and the band have taken stock and worked on the next phase of the band's evolution rather than taking on the impossible task of replicating the dark intensity of their debut. They've taken time out to craft something that represents where their heads are now and that might disappoint those that simply want a When I Have Fears Mk II. Promisingly Only Good Things suggests that The Murder Capital are not one of those bands that will release albums that are minor variations on the previous ones to a predetermined cycle and are prepared to challenge their audience's preconceptions of them and leave behind those who think they know better than the artist themselves or who cling to past records.

Right from the off, the claustrophobia is replaced by a beautiful open bright lightness and positivity and the optimistic request to "show me to think, only good things." It's a marked change for the band, but one that still encourages deep human connections.

Front man James McGovern describes the single - "This track for us has been an exciting evolution for the band. It’s so bright. It’s so colourful. This is a part of the narrative of the overall record that we feel reaches a real place of inner calm, inner peace but at its core, it’s a love song. You get a song like this where, the protagonist in this song is quite simply asking - not pleading - just willing to ask their counterpart to rid them of their intrusive thoughts, the devils on their shoulders and to be truly vulnerable. We’re so excited to go to a place like this because perhaps it’s not what is expected of us. It stood out to me during the creation of this record that it is more about the friends that are still here and celebrating those connections, those relationships and being unafraid of life and its many seasons. Where Only Good Things stands within the record is at a moment where the sonic and the lyrical narrative especially, are of newfound joy."