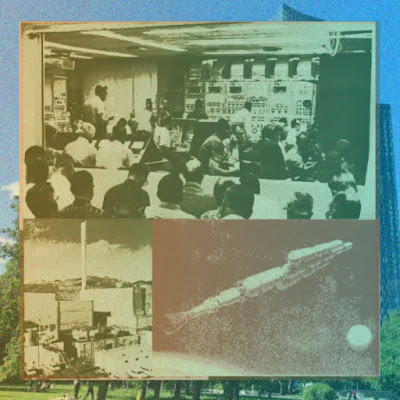 Manual Breathing is the debut single from Manchester artist Needle, a fully independent and self-contained project where they write, record, produce and mix everything themselves. It's an impressive first offering, ambitious and very much displaying a desire to express themselves in a natural manner rather than conforming.
The lyrics of the song deal with uncertainty, the inner voice that holds you back from doing something because you're not entirely sure beyond doubt that it's the right thing - "I am afraid to fly, and do the things that I like, because what if it goes wrong? And nothingness is gone. If I get too high then I might die" in the second verse captures the essence of the song. Musically it's intricate and detailed yet understated, it doesn't seek to blow you away, but to sneak its way into your consciousness adding to the impact of the lyrics.
Needle is on Instagram and Twitter.
________________________________
Follow Even The Stars on Twitter at @eventhestarsuk and like our Facebook page for all the latest updates
Posted by Even The Stars at 07:00

Email ThisBlogThis!Share to TwitterShare to FacebookShare to Pinterest
Labels: Needle