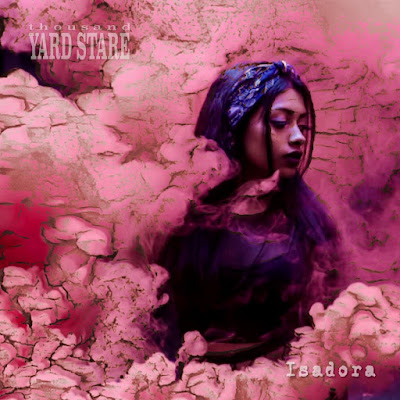 Thousand Yard Stare continue their most unlikely of comebacks with a new single Isadora, the third in a series of four releases this year that will both remind longer-term fans of their infinitely catchy hooks yet still sound like a band exploring new elements of their sound.
The single comes hot on the heels of previous releases this year Adverse Cambers and Measures as part of a four-song set that they announced earlier this year. After reforming in 2015 the band have released a double EP, an album The Panglossian Momentum and one-off singles, almost matching the output of their first period in the early nineties.
Thousand Yard Stare frontman Stephen Barnes described the tune - "When Giles sent me the bones of this track, I think initially it was destined to be an instrumental, but it’s kooky ear worm nature got inside my head. It’s a track about looking for the essence of who you are. It’s a fever-search for identity and a place in your world…. Yeh, Isadora is definitely a child of those pandemic times and surreal mind-sets brought about by so much uncertainty at the time. Ultimately though, Isadora is anyone or anything you want them to be. They could be you, they could be me, they could be who you want to be. Or, it’s just rollicking lung bursting carnival of chaos to lose yourself in for two minutes.… that’s fine too!"

The single is available from their Bandcamp.