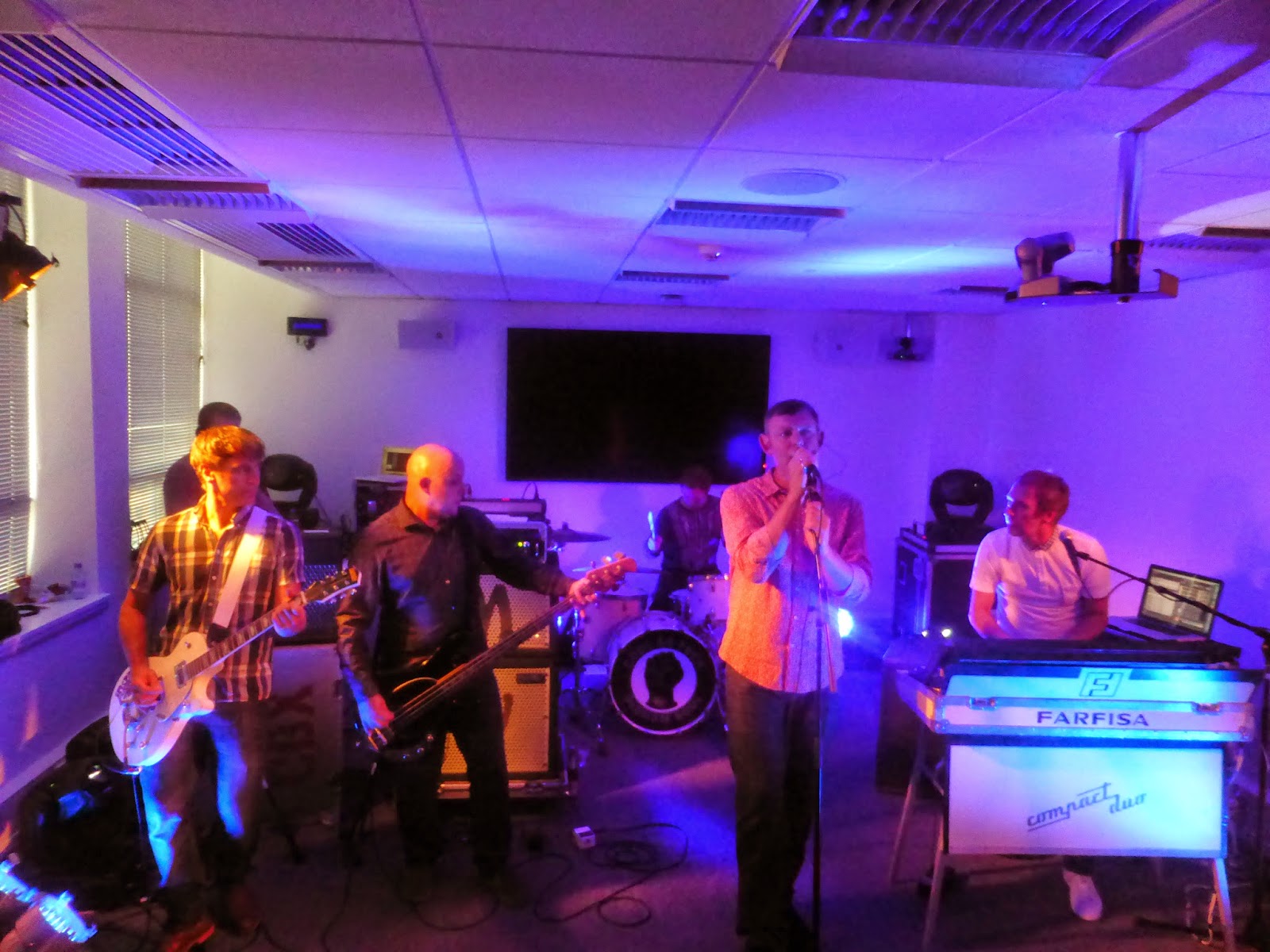 As gig venues go, this was one of the weirdest, an unassuming ninth floor of a Manchester office block resplendent with Northern Soul and Hacienda doors hosting an evening of Google agency hobnobbing to the soundtrack of Inspiral Carpets.  We sneaked an invite and caught them in an environment we never thought we'd see them.

We were a bit dubious about this, as we were about watching James in a London ad agency last week, but the chance to see one of our favourite bands so close up was too good to be true and apart from a few chatterers that left once the music started blasting out, the Google crowd loved them too. 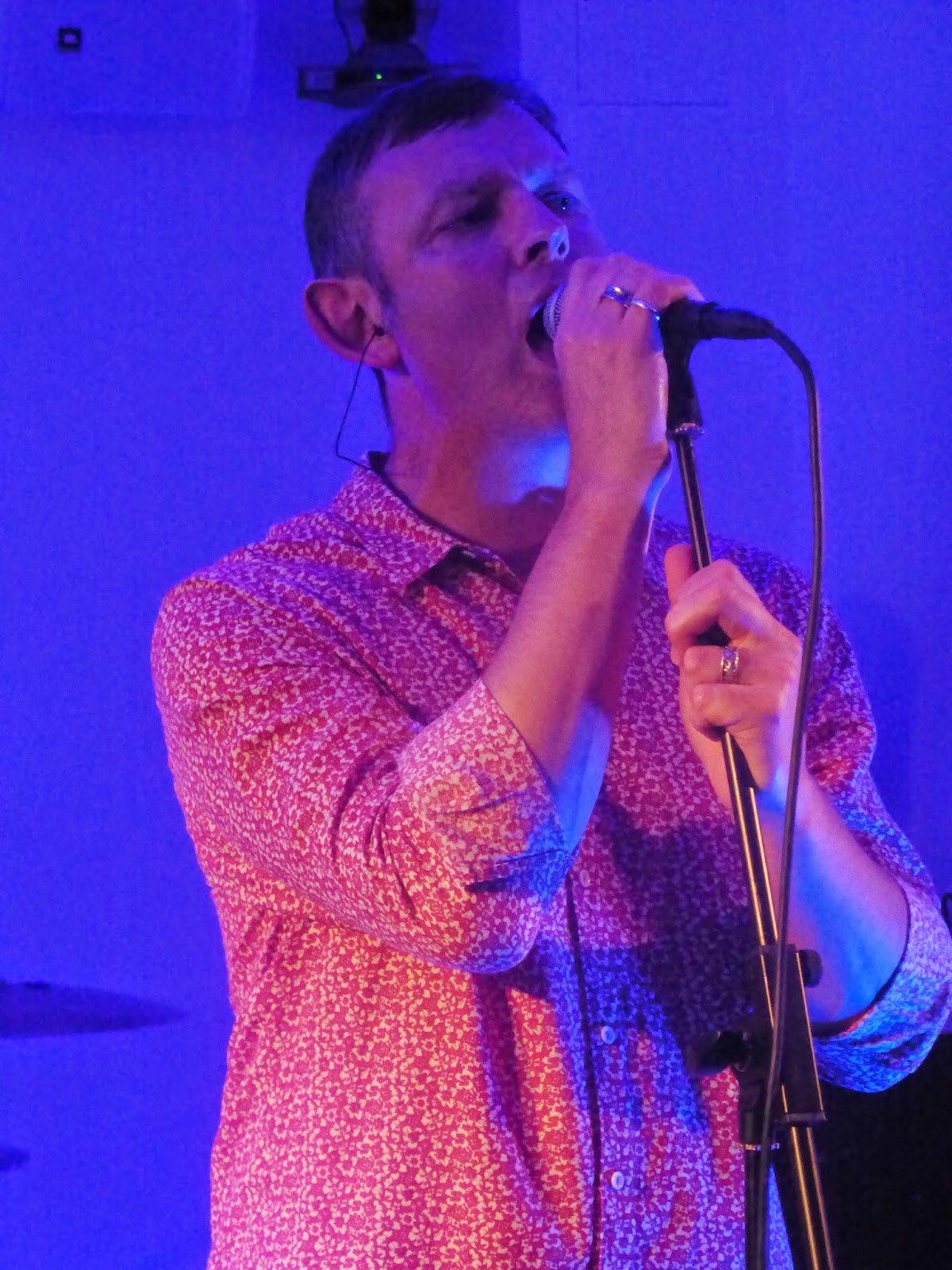 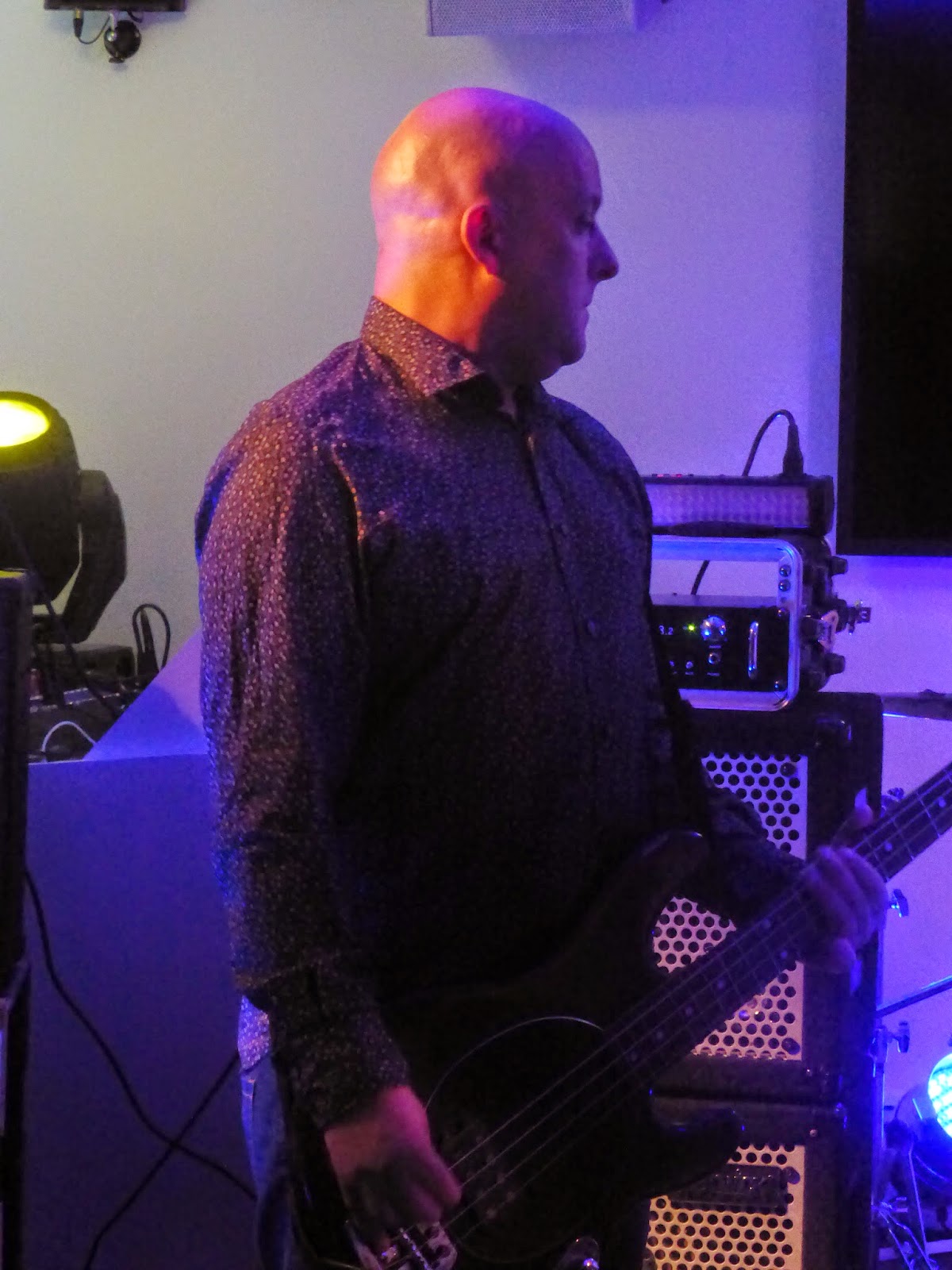 Despite the unfamiliar environment, the Inspirals sounded like a band at the peak of their powers, a mix of their hits from the glory years plus four songs from their new self-titled record due out in September. Inspirals followers will know You're So Good For Me from their 2012 Record Store Day single, but it's the three other songs that convince those that the follow them that they've moved on from the hits recycling of the 2000s and rediscovering what made them so damn special in the very early days. 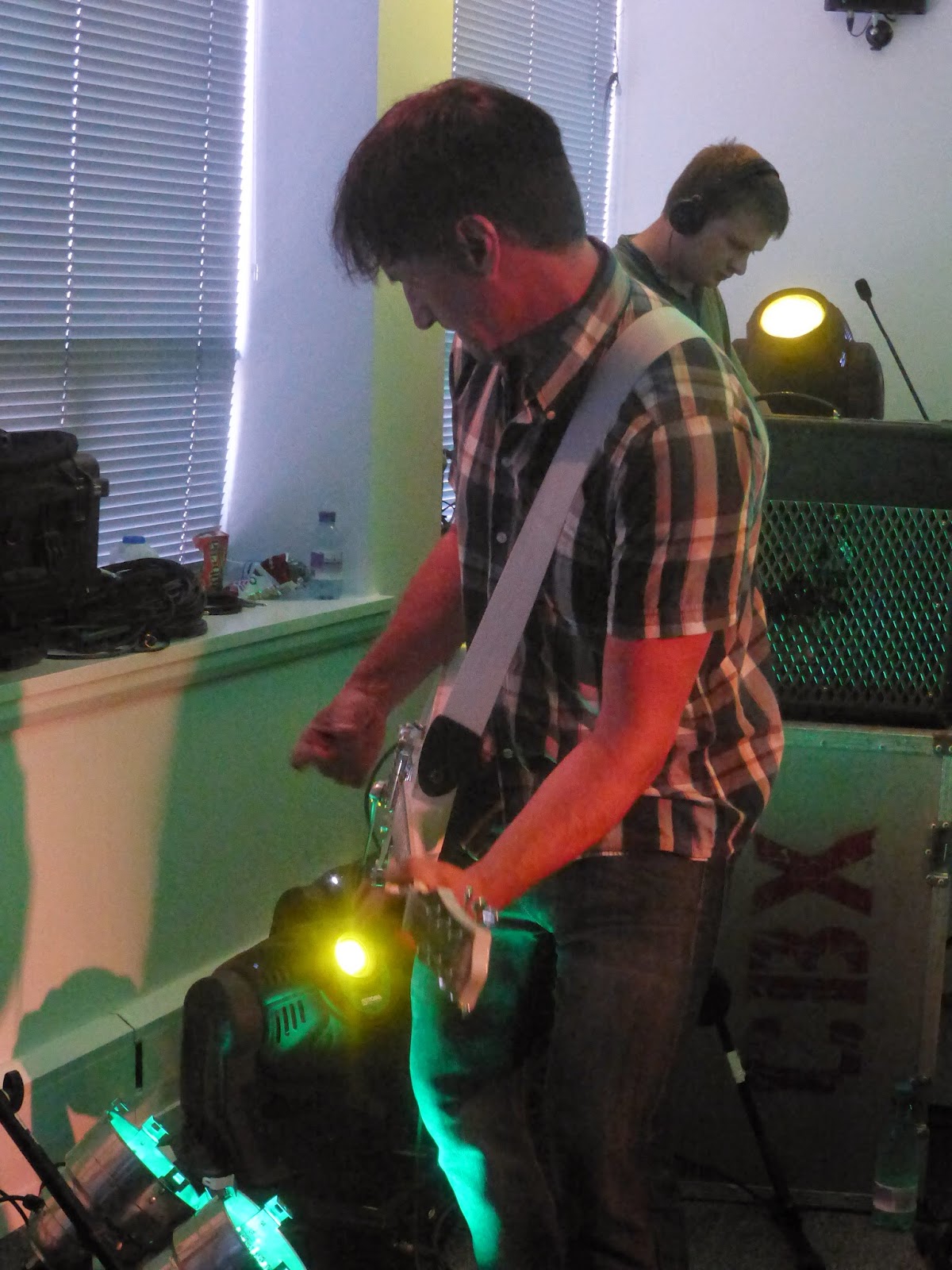 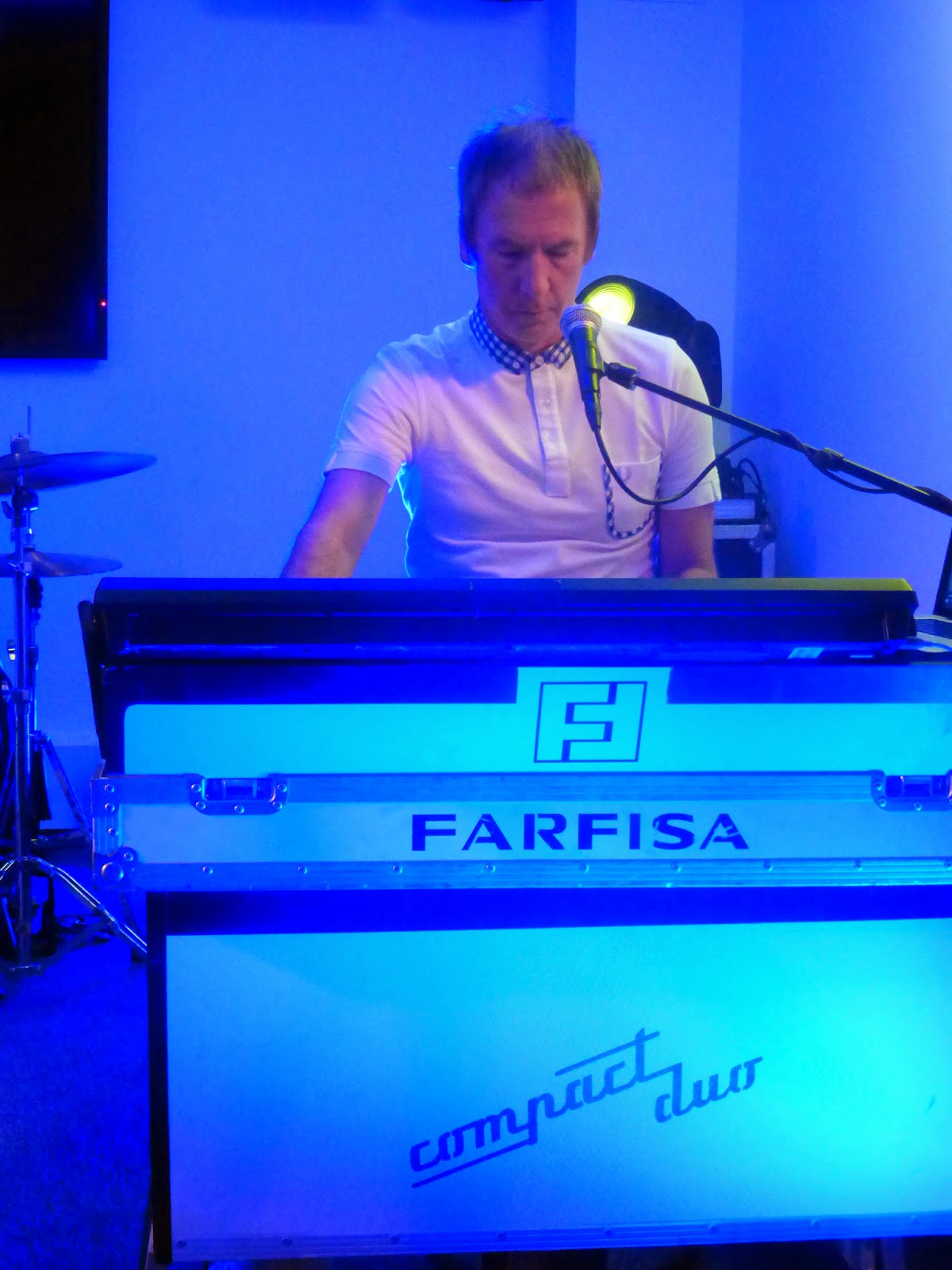 New single Spitfire stands toe to toe with anything they've done before whilst Calling Out Your Name moves away from that full-on head first approach of their recent singles to something a little more subtle without losing anything about what makes them special.  Let You Down, with pre-recorded vocals from John Cooper Clarke, is a six minute beast of a song, verging on prog at times and not entirely what you'd expect from this version of Inspiral Carpets.  It's indicative of the album, which we've had a sneak preview of, in that it's much more varied than even we expected and their most complete and together work to date. 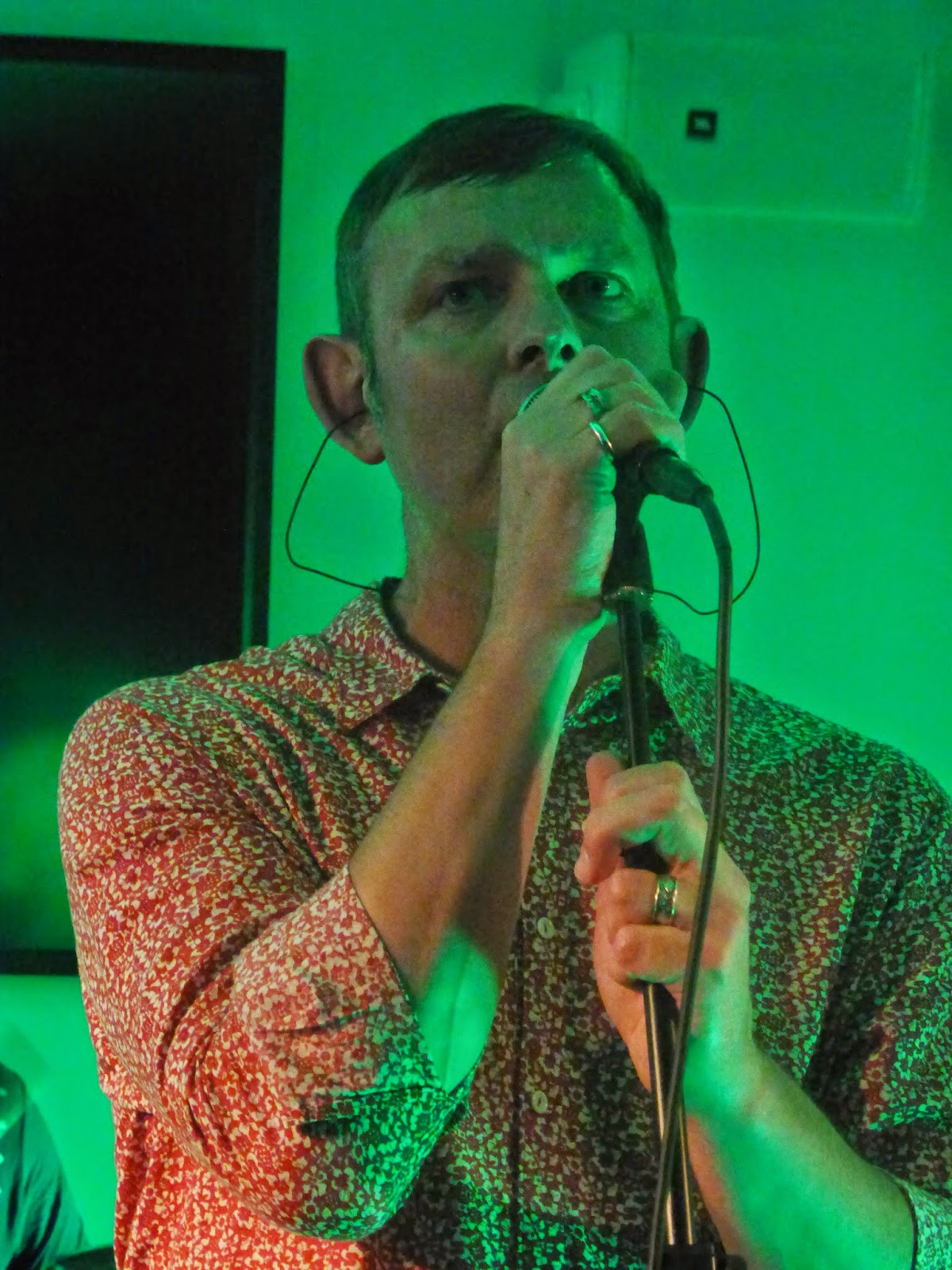 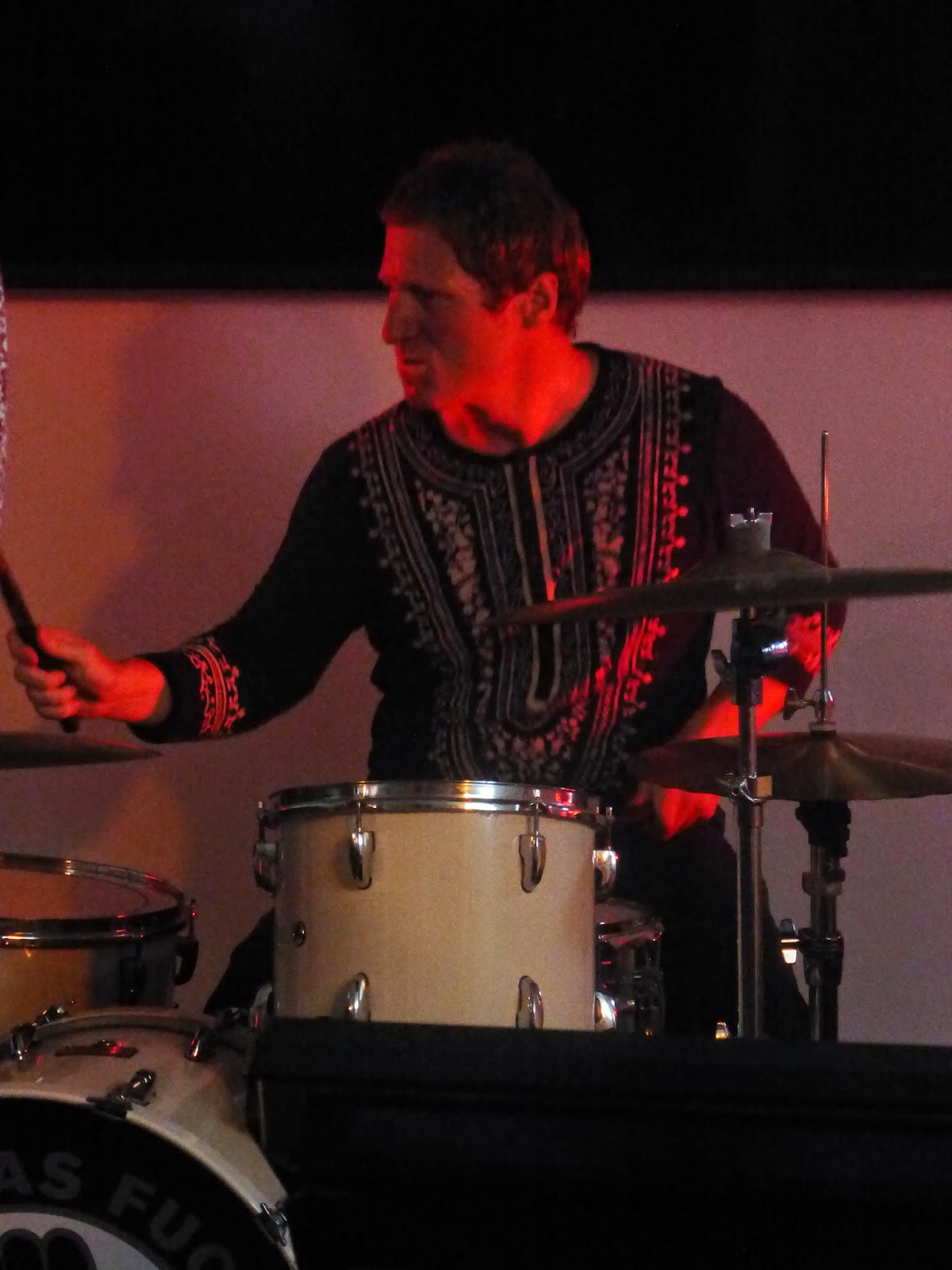 As always, there's a lot of banter, Clint explaining to the crowd what a computer was and telling them that they should get one, asking if it was alright to unbutton the top of his Fred Perry (it was so hot in the room everyone had already dispensed of such formalities) and threatening to tell revealing stories about drummer Craig.

This version of Inspiral Carpets is the real deal, a gang, playing together and loving every single minute of it.  It's a joy to see them recapture that mentality they had before they hit the big time and doing it with a record that surpasses anything they've put out previously as well as doing their hit singles justice. 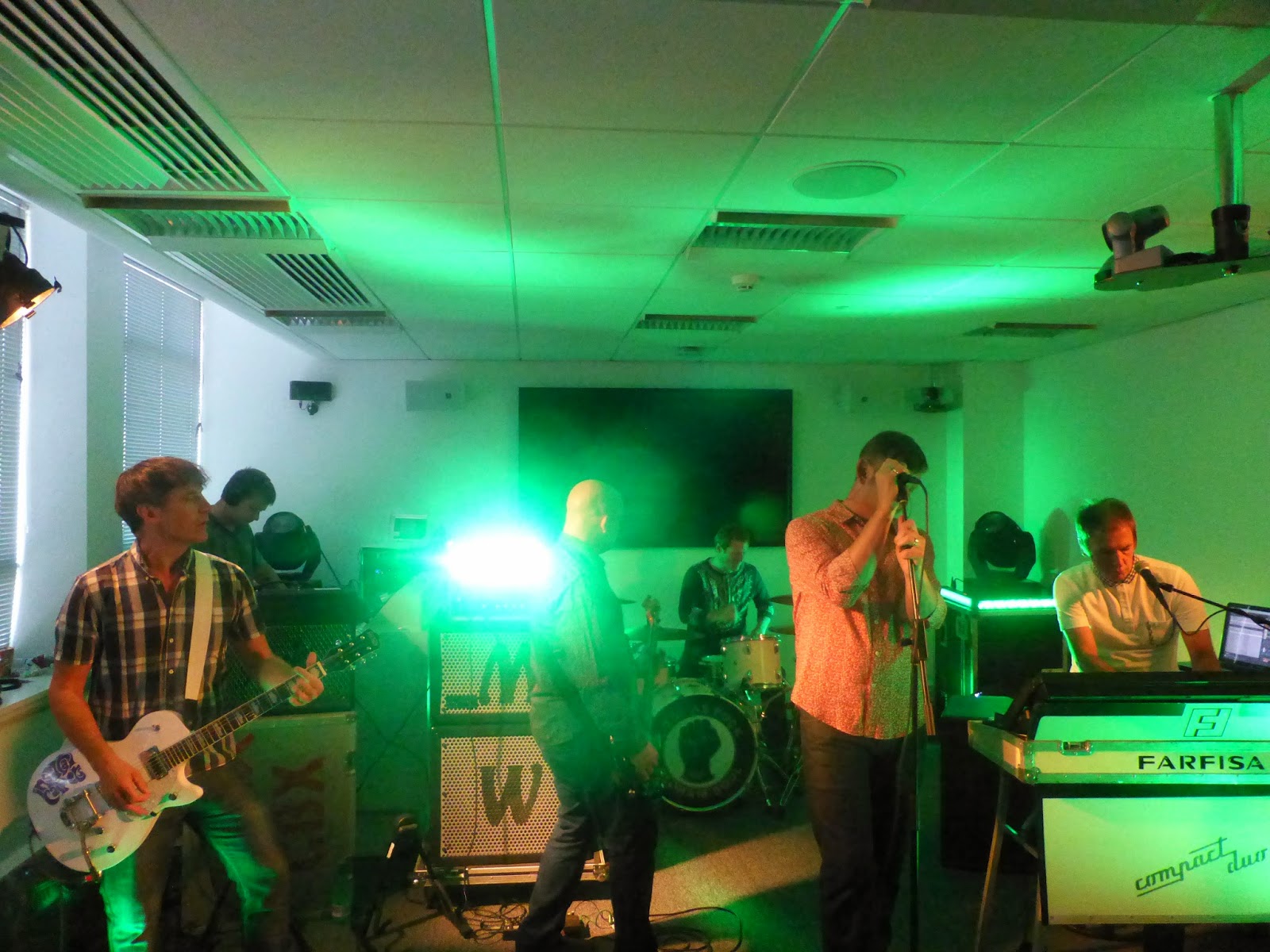 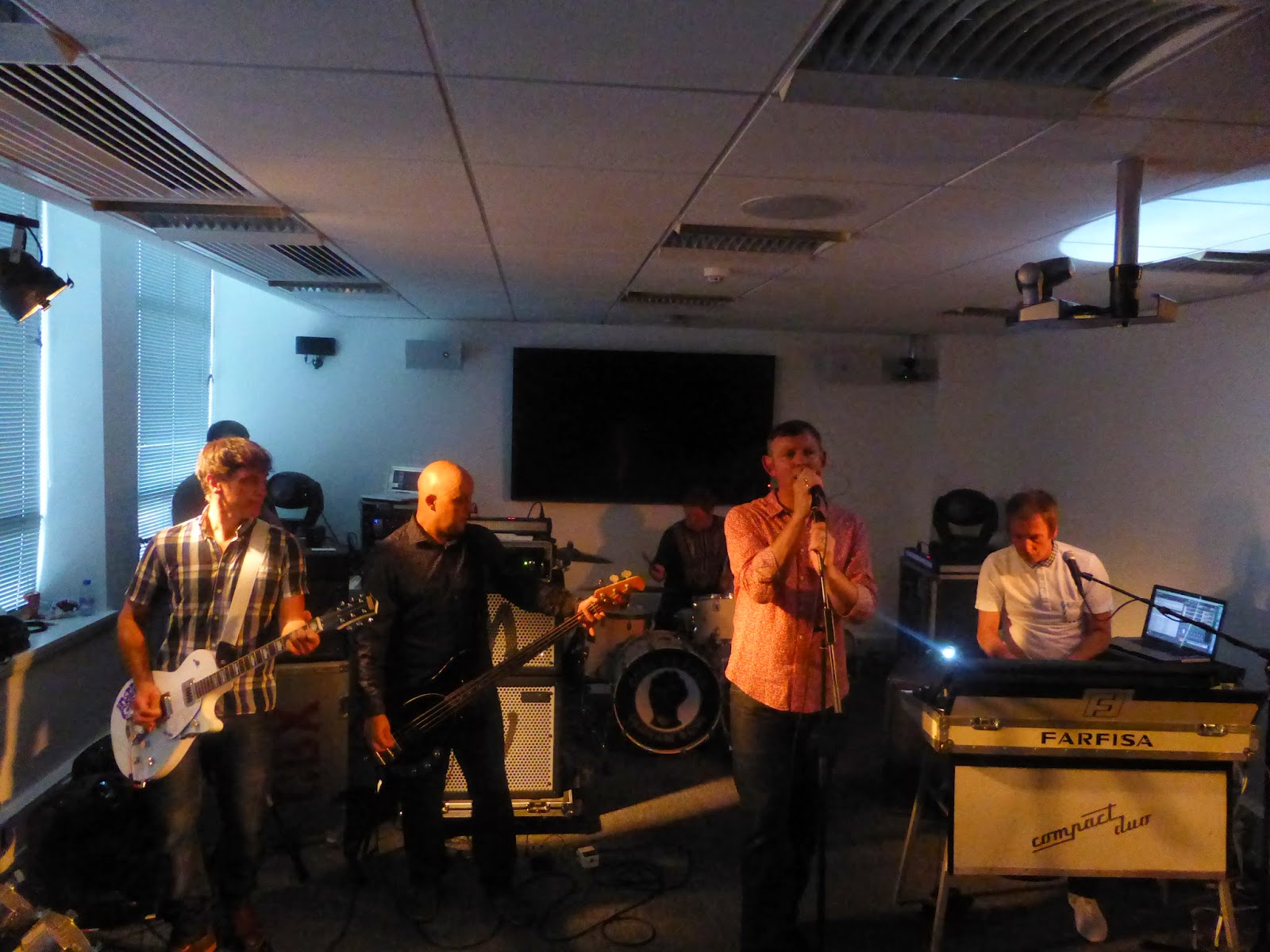 Inspiral Carpets played Joe, You're So Good For Me, Two Worlds Collide, Spitfire, This Is How It Feels, Calling Out To You, Dragging Me Down, She Comes In The Fall, Let You Down and Saturn 5.

Their self-titled album is out in September and they have a full UK tour planned for later in the year.

Photos by Alex Staszko (with our camera that he stole).  Also thanks for Google for allowing to take the leftover food and give it to people living rough on the streets of Manchester.