Reverend And The Makers - Interview 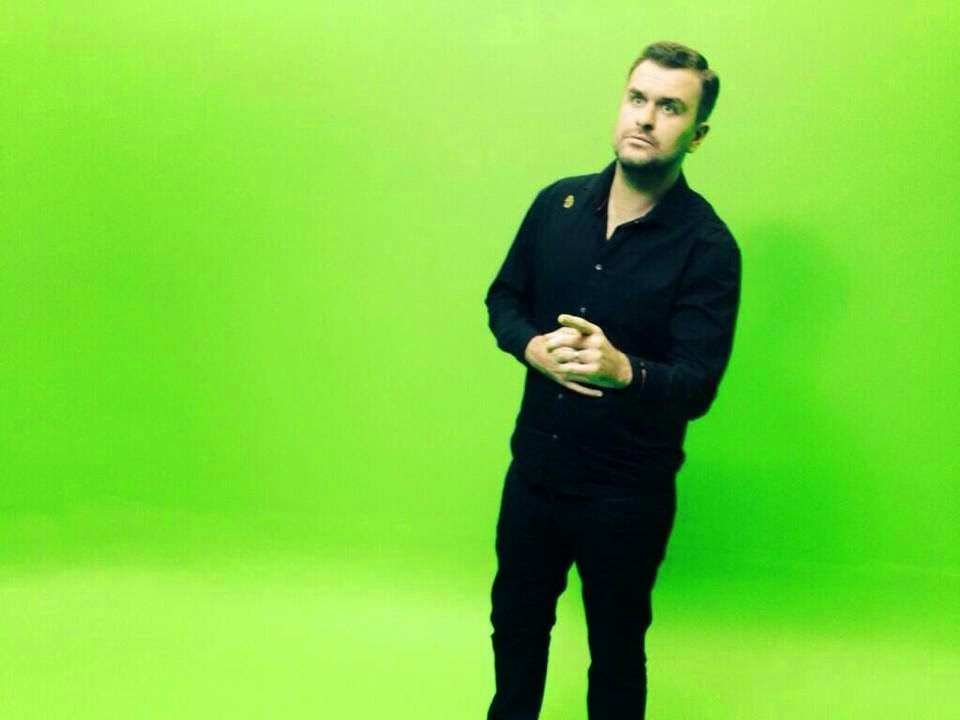 The renaissance of Reverend and the Makers has been one of the most deserved success stories of the past few years.  Hard-working, hard-gigging and hard-talking their way past corporate bullshit, they've bulldozed into the charts and into the hearts of young and old music fans alike with their no-nonsense no-thrills in-your-face albums @Reverend_Makers and Thirty Two and ecstatic live shows where the audience bounces from start to finish.  Even The Stars spoke to The Reverend himself, aka Jon McClure, ahead of their headline slot at this weekend's Blackthorn Festival.

Thirty Two came out this year and was a big success.  Did it go as well as you expected?

Yeah really well.  We've had a bit of a renaissance the last few years, I think is the only way to describe it. The record did well, but the live thing is really where it is.  We sold 1,000 tickets more in Nottingham for example this time round and then crowds have started turning up in bigger numbers at festivals.  Even people that don't like us have to recognise that.  They can't ignore us anymore. To do that with no press and little radio play to speak of is a triumph of people power and will.

The Twitter conversations between you and the guy from Radio 1 and his son have become the stuff of legend, haven't they? (Jon has been engaged in on-going twitter dialogue with Radio 1 boss George Ergatoudis and latterly his son on the subject of their lack of support for the band).

His son, well, if you're going to get involved in grown-up conversations, then don't be tweeting things like "faggot" or "mongoloid" because I'm going to have you.  If someone works in the music industry, then you shouldn't be using language like that.

But there's an element of that's how that business works.  Guys like you don't get a look in because it's about who you know and whether they like you.

Are those really the people who are going to be running the music industry though, posh little white kids that come up with shit like that. You can't say words like "faggot" and not think people won't take umbrage with you.  With regards to the head of the Radio 1, I'm not personally offended by it, I'm just trying to tell him what the truth is.

And ironically, despite them not playing you, you end up on the Radio 1 Stage at T In The Park.

To the biggest crowd of the weekend as well, but they won't mention that. I hope I speak for a lot of people as I think they feel disenfranchised as the media doesn't represent real life in any shape or form.   It's all government-approved fucking rock n roll isn't it - Mumford And Sons, Calvin Harris.  They trivialise everything.

Definitely. You look at Kaiser Chiefs and Ricky went on The Voice and now they're suddenly flavour of the month again and in that zone of respectability, whatever that means and they're shit.

It's like play the game or be damned.  Yet we're successful without playing the game.  It's not that we have some big agenda or are punk or anything, it's not a statement or about politics, but I'm not going to water down my music or have Rihanna sing on my album just to be famous.

We've got it perfect, we're operating at a level where we don't have to work, we can earn a living from it without having to show our nipples.

You're headlining a lot of smaller festivals this summer.  What was the thinking behind doing those rather than the big festivals?

It's just to get out and play to people.  We do get paid well to do them as well but it's about getting out and playing. We're confident about how good we are live, without sounding arrogant, and we don't tend to have bad gigs. We used to try and be all deep and meaningful and political but now we give them a party and a good time.  It's good, we love it, they love it.

Why not support independent festivals, it's good not to have all the money go into Carling's pocket.  It's not that all big festivals are bad, T In The Park is brilliant, you can't knock it, it's reet good.  We're doing Bestival too.  Some of the bills on the independent festivals are brilliant, look at Blackthorn, it's an up-and-coming thing and it looks great and a great location.

There's a great line-up below you.

Yeah there is and we've been getting tweets saying it'll be pleasure to share a stage with us and we tweet back and say it'll be a pleasure too and there's lots of good vibes.   In this day and age, you've got to get in the trenches with each other and do it.  You can't expect someone to just put you on the front cover of magazines and make it easy for you, you've got to be willing to get on with it.  I'd do a gig anywhere. I could put up a lorry in a park in half an hour and do a gig and it wouldn't bother me. I did those gigs in people's houses and festivals to 30,000 and I'm up for anything in between, why not?

That's what's real about it. You can do that, pick up a guitar and play in someone's house.

You've got to be real man, it's a return to being realistic. That's why I love Sleaford Mods.  It's real.  There's indie bands that don't write their own tunes.  I want something real.  I don't care if it's perfect. There's a public mood for that, they're sick of bollocks and bullshit, they want good honest music that isn't trying to be anything it's not. They want tunes.  People can get into it and have a laugh.

Blackthorn we'll kick it off and we're a good headliner for that sort of festival, we give good value for money. It's a lot of money to go to a festival and it's about having a good time.  When you get to 32, you look at someone like Madness and maybe you think they've had it right all along.  They're good live and their last album was really good, but they have that assurity of being good live that people will come and watch them. And I think we've got to that point.

Conversely I've just made an album that's nothing like we've ever done before.  We've got the confidence of being good live so for the first time I've got the freedom to experiment and do some mad shit.  It's not really like anything, it's pretty out there really.

When are you planning to release that then?

We're going to record it in Sheffield and finish it off in Jamaica.  It's not got any Jamaican influence on it, it's just a nice play to go.  It'll probably be next year.  We're thinking of doing a big gig, a one-off, we've had such good vibes at festivals that we've been thinking we could do our own. Maybe not a festival but a big gig, a celebration of where we've got to.  We had such big success at first then it fell off a cliff, probably by my fault, drugs and trying to be political.  It had fallen on its arse, but we've managed to not just rescue it, but get it to a place where it's a joy to be in our band.  My wife, my best friend, we head off and play gigs to loads of people every weekend.

Maybe even trendy people think we're brilliant after this record, because it's one of these records that will be undeniably brilliant. Normally I send a record to the label and they say "you might want to do this or X, Y or Z to it" but this time they said "just get to the studio, record it and put it out, it's amazing".

I'm just dead confident at the moment at how it's going.  We could play to seven people who've never heard us and they'd be life-long fans by the end of it.  There's a lot of that at the minute.

You're doing the two album gigs in Sheffield in October.  What was the thought behind that?

It's ten years of the band.  The first two albums the first night, the second two the second night. It's a celebration, like a way of wrapping things up.  We're going forward again, it felt for a long time like we were going backwards or treading water, but we're going up.  Like I said about those 1,000 tickets in Nottingham, bands that are ten years old tend to be on a terminal decline and I don't think we are.  We're going up, like when you first start. It's capping those ten years and moving forward and saying let's have another ten.

We have to wrap it up there as Jon has to go to another interview, which is a shame as he's one of the most interesting and genuine people in the business to talk to and we could have spent hours putting the world to rights.

Reverend And The Makers release their next single Devil's Radio on Monday 28th July - it's taken from their album Thirty Two.  They play the following shows:

Blackthorn Festival takes place this weekend at Whitebottom Farm, Compstall, near Stockport.  Also playing are Friday night headliners Dodgy and a Saturday bill featuring ETS favourites The Slow Readers Club, The Tapestry, John Mackie and Puppet Rebellion.  All details can be found on the festival website.