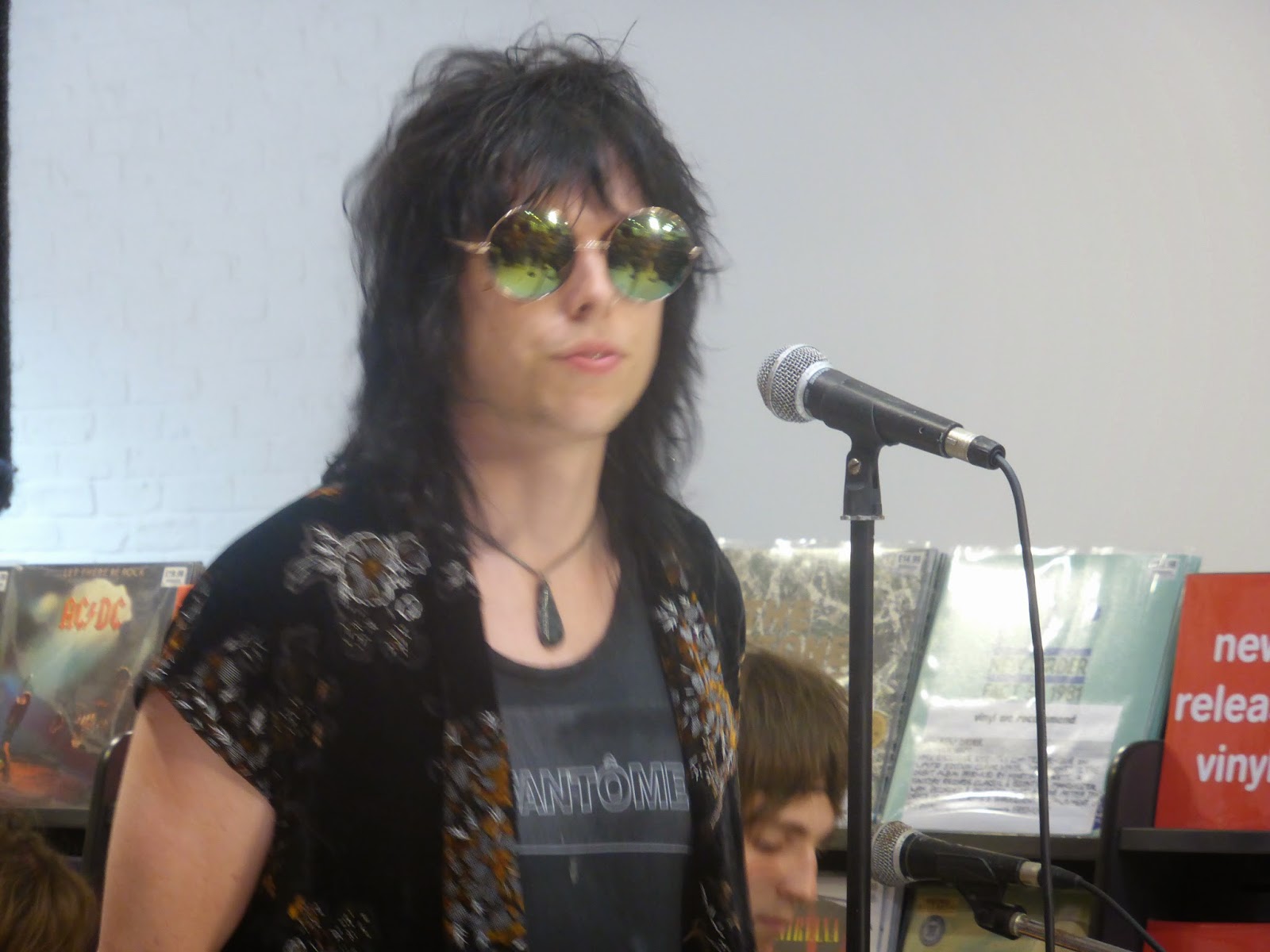 When two of your friends of different vintage, of very different musical upbringings and taste, post extremely complimentary comments about a band, your interest is inevitably piqued.  We nipped along to HMV's new store in Manchester Arndale to catch The Struts play a short acoustic show.

We really didn't know what to expect, the queue wasn't huge and was mainly populated by teenage girls. Knowing the two friends it clearly wasn't going to be a boy band so the intrigue deepened.  And then they appeared. 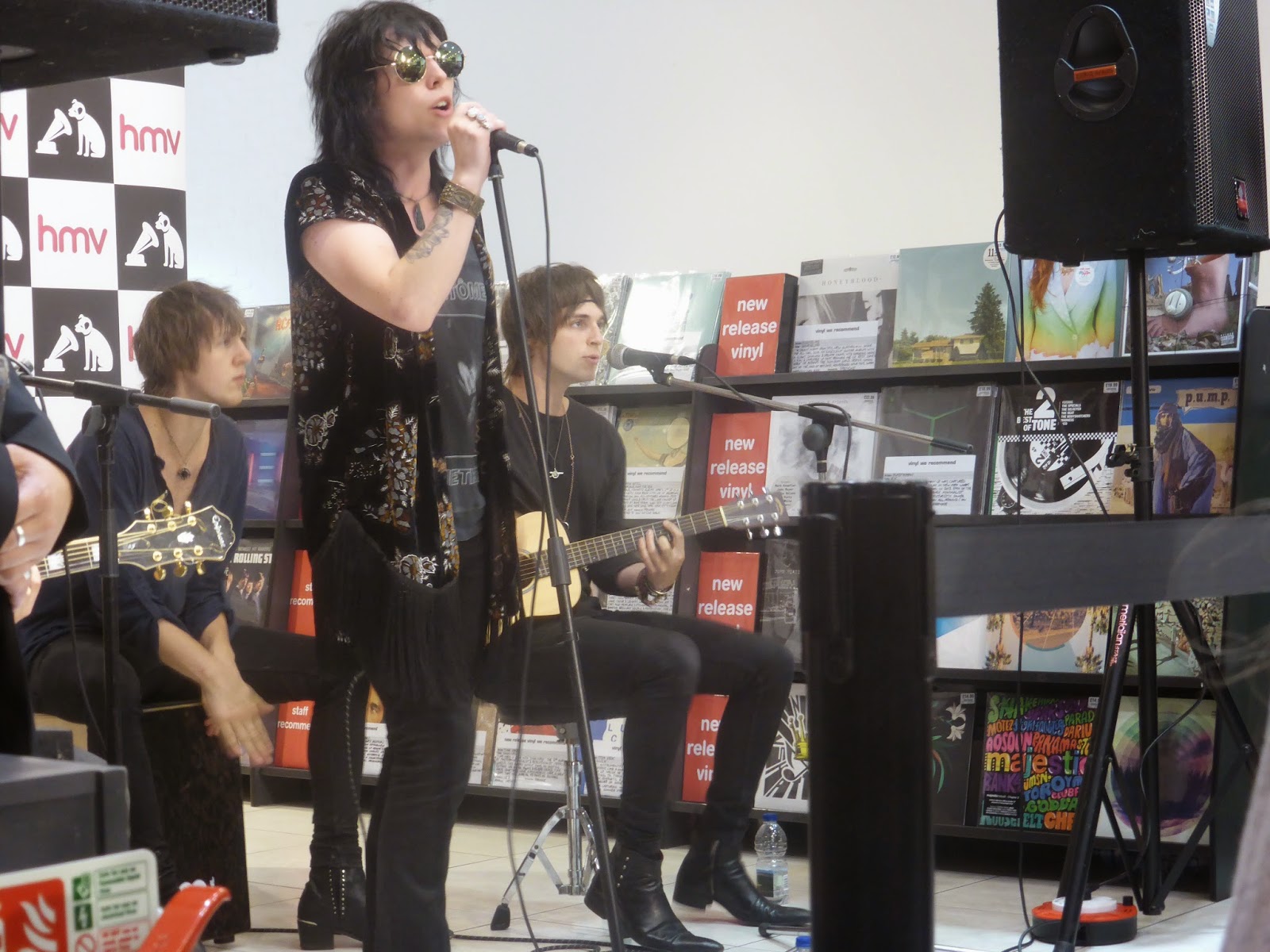 You could write paragraphs and paragraphs about front man Luke Spiller.  He looks like he could be a fifty year old rocker or a twenty-year old apeing his heroes, it's impossible to tell.  When he speaks, you get a very polite well-spoken rather than a gravelly lived-in voice.  Immediately you can see the connection he has with their audience making a girl in the front row cry by thanking her for her support right back from the start of their career and repeatedly telling the crowd they've got to where they are because of their fans.  There's a little bit of cheese, a slight awkwardness, reminiscent of Tom Chaplin of Keane in their early days.

And the music?  They're playing acoustically so it's difficult to judge the record that we've not heard on the basis of it, but they play Put Your Money On Me, She Makes Me Feel and Could Have Been Me. 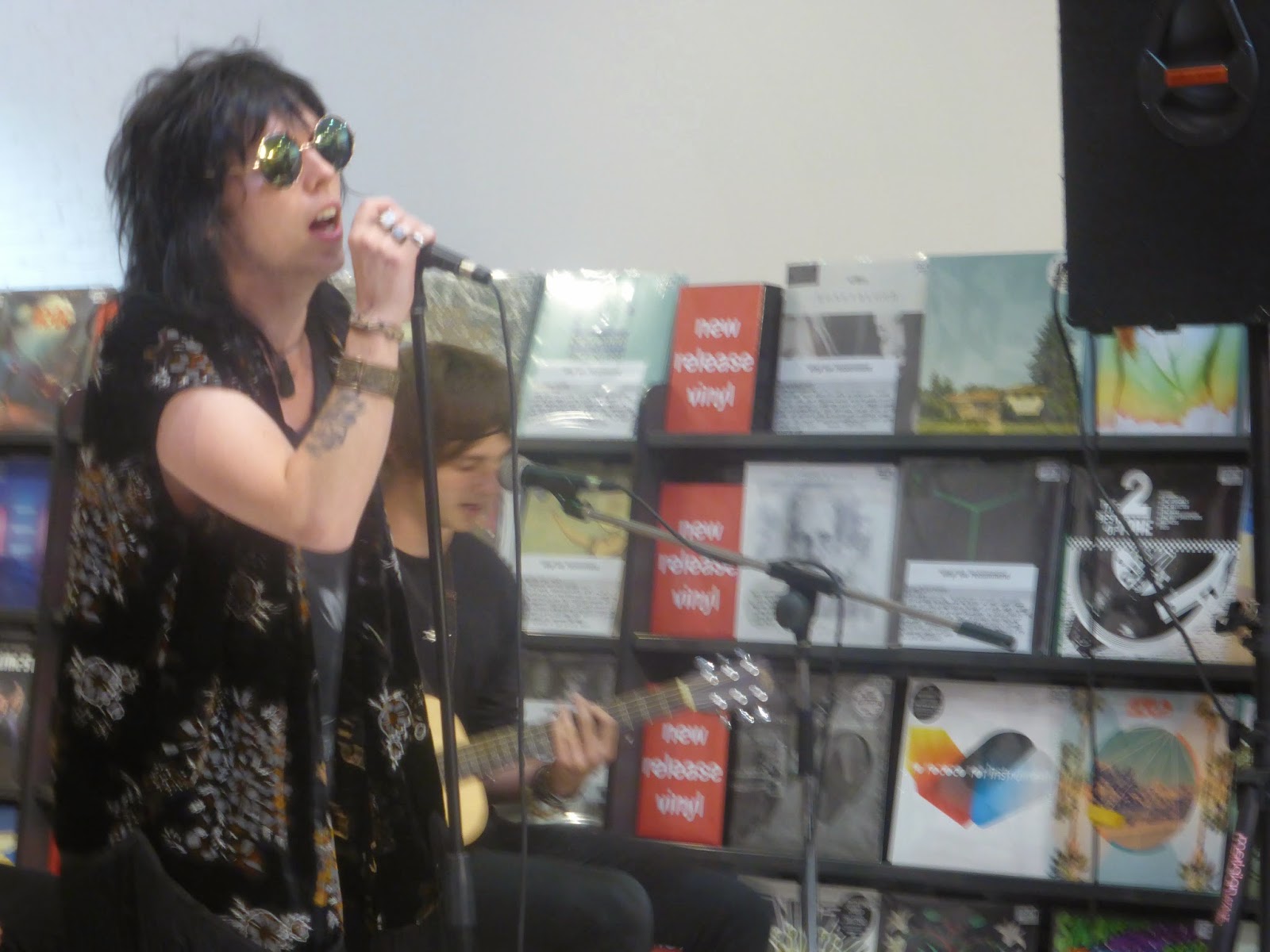 From just those three songs you can tell they have an intuitive love of melody and harmony behind all that black leather and shades.  The verses of She Makes Me Feels has echoes of Waterloo Sunset and Could Have Been Me of Wham's Freedom without feeling anything like a copy.  It really should be awful, but it isn't, you can't help but tap your feet to them, you can't help but love them.

We're going to catch them when they do a full-on plugged-in show because we've been told that's something really special.

Their debut album Everybody Wants The Struts is out now and they're out on tour in October.

Email ThisBlogThis!Share to TwitterShare to FacebookShare to Pinterest
Labels: The Struts