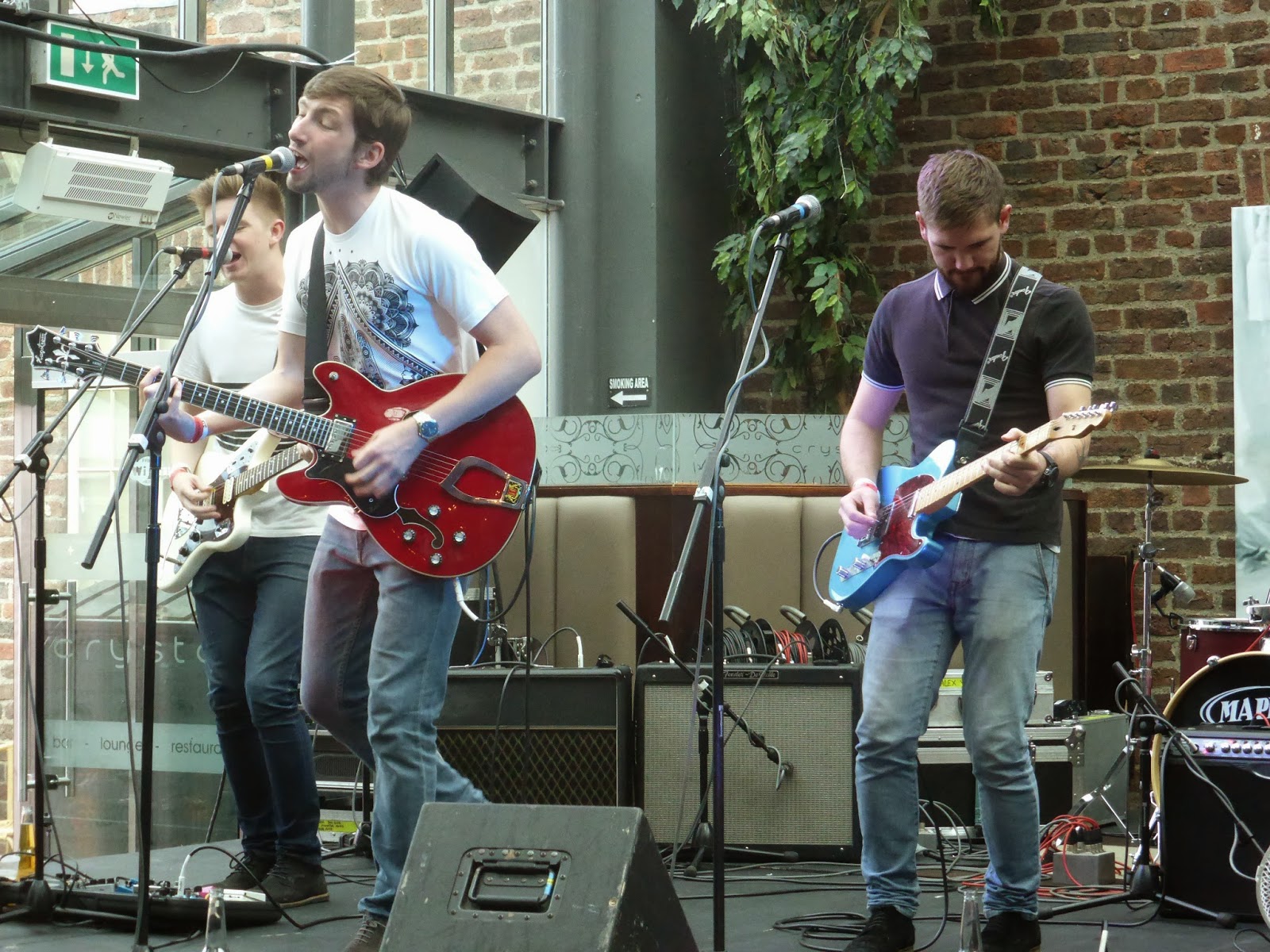 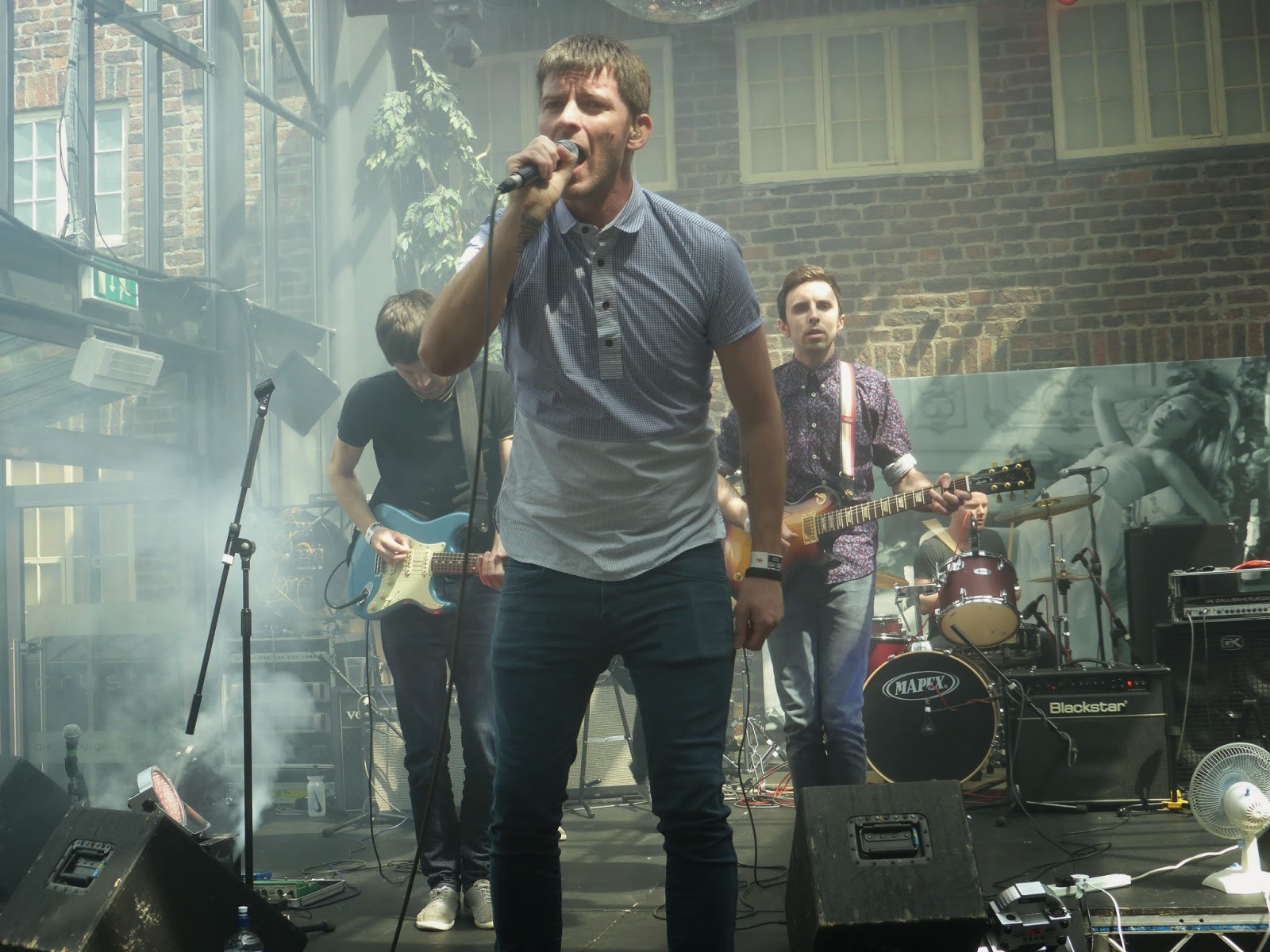 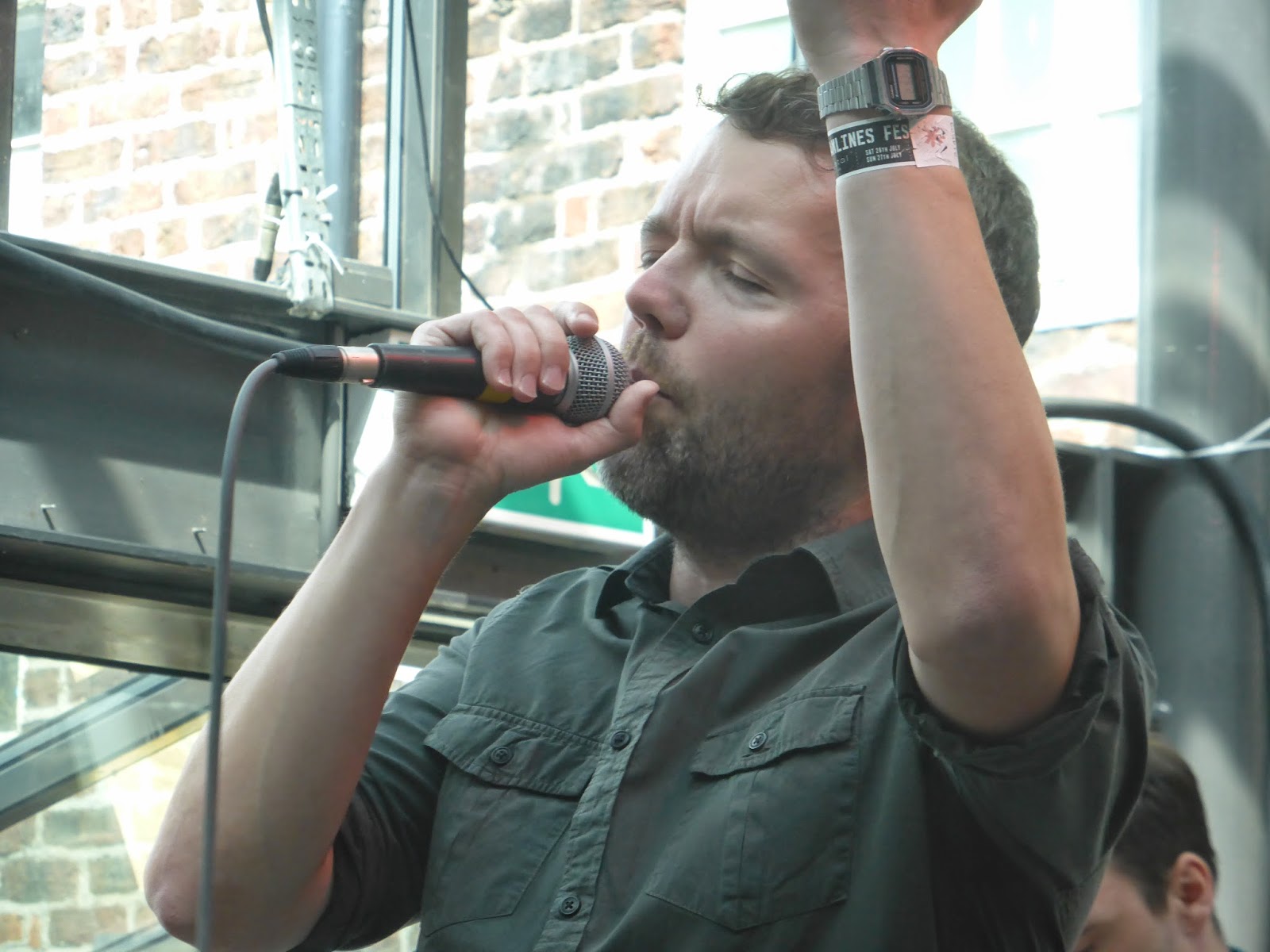 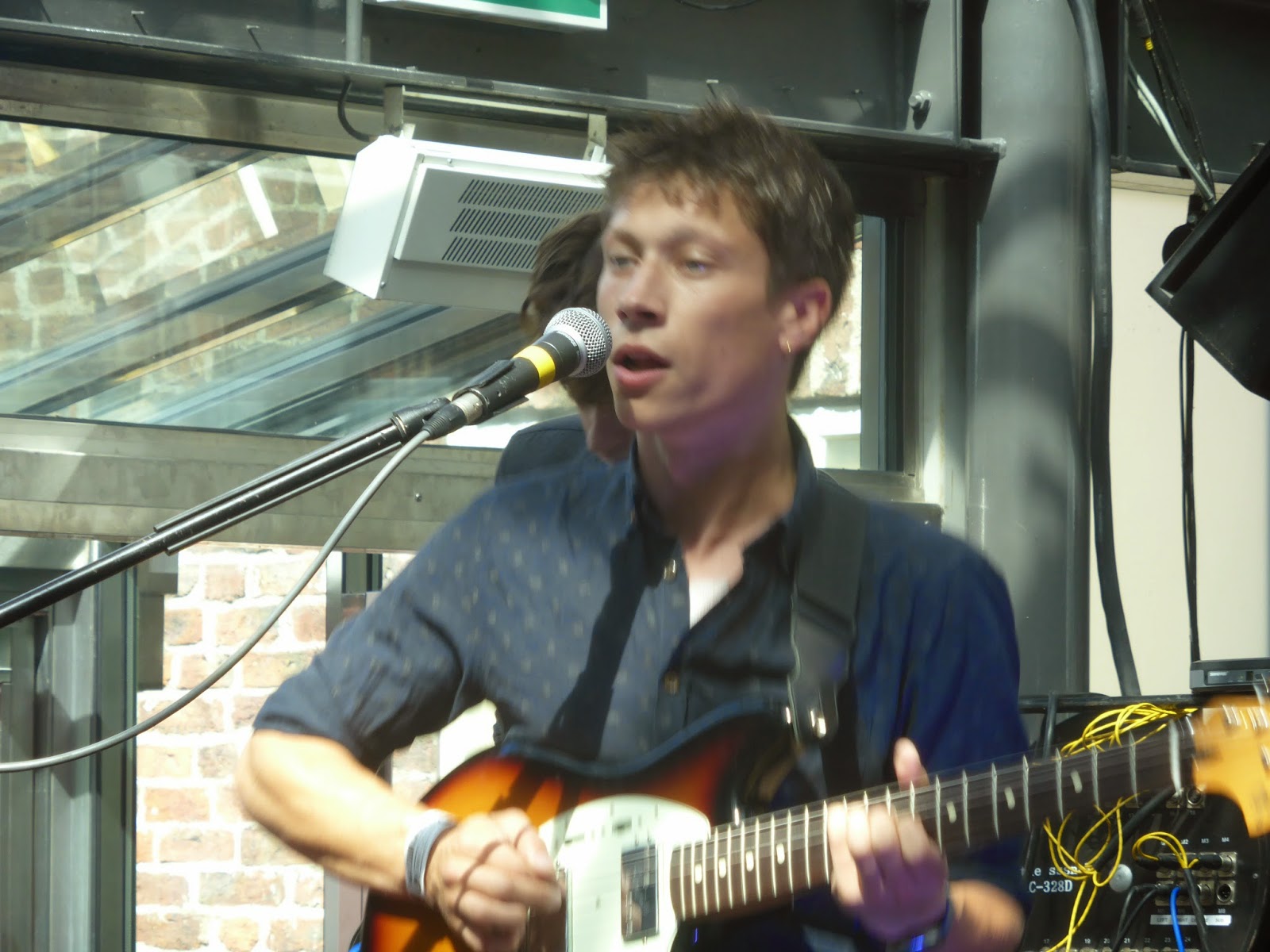 When we discover that two Even The Stars favourites are playing on the same stage at Sheffield's Tramlines Festival, we are incredibly excited and hop over the Pennines on a glorious Sunday morning to catch both of them.  Stuart Ralston was on driving and reviewing duty.

Following their appearances the day before at the wonderful Blackthorn Festival, Puppet Rebellion and The Slow Readers Club find themselves in a packed Sheffield on a busy day for the city. There seem to be stages everywhere, indoor and out, and as we approach the venue, two lads hand us a CD and suggest we check out Small Print.

We thank them for the disc and inform them we are off to the very same venue where Small Print are about to play the first of three shows today. A young 5 piece band from Liverpool, they open with the funky and instantly likeable Lie To Me. They continue in the fine Merseyside pop tradition of The La's, The Real People, The Tambourines and The Crescent. I look forward to seeing them again. 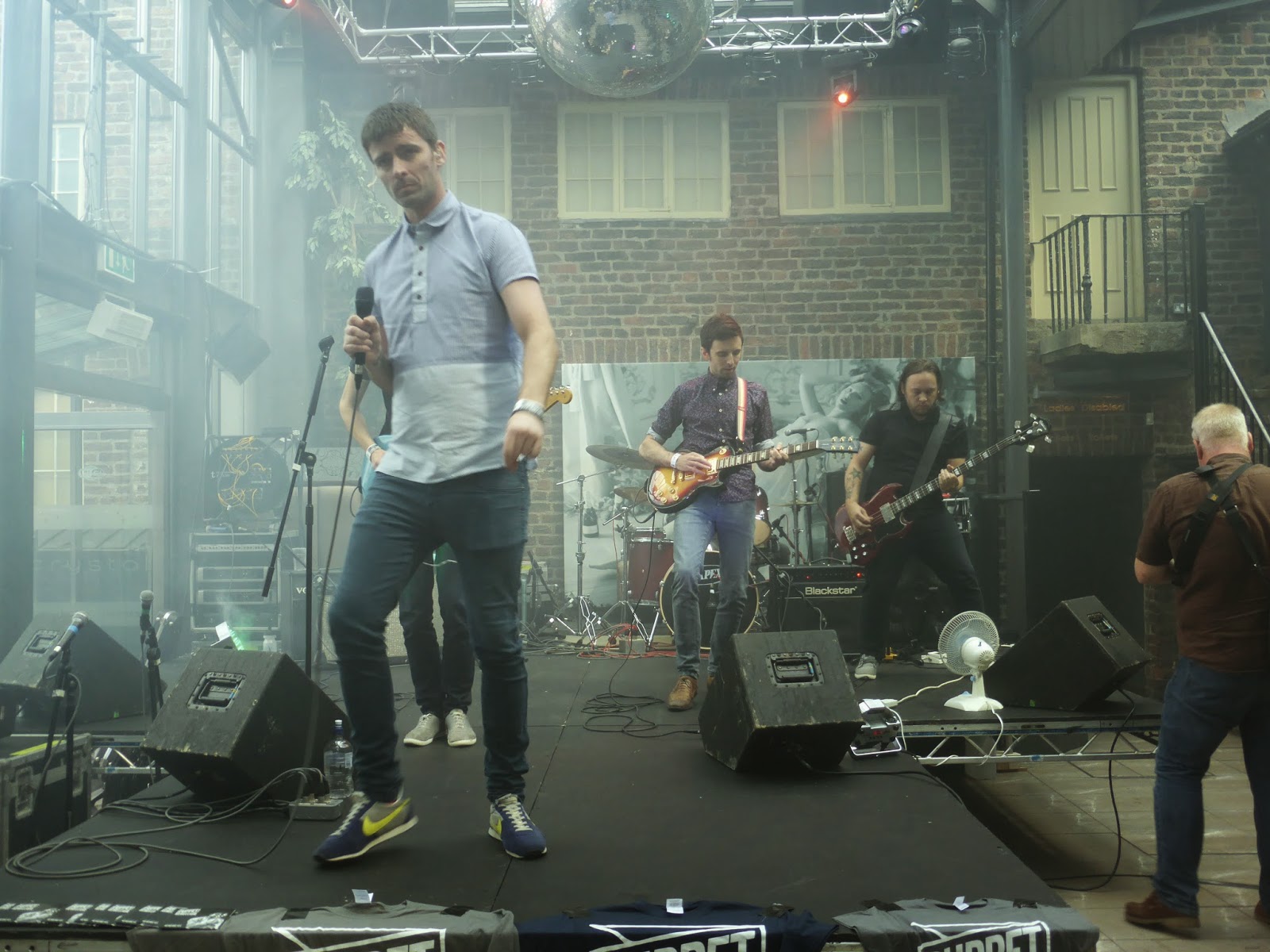 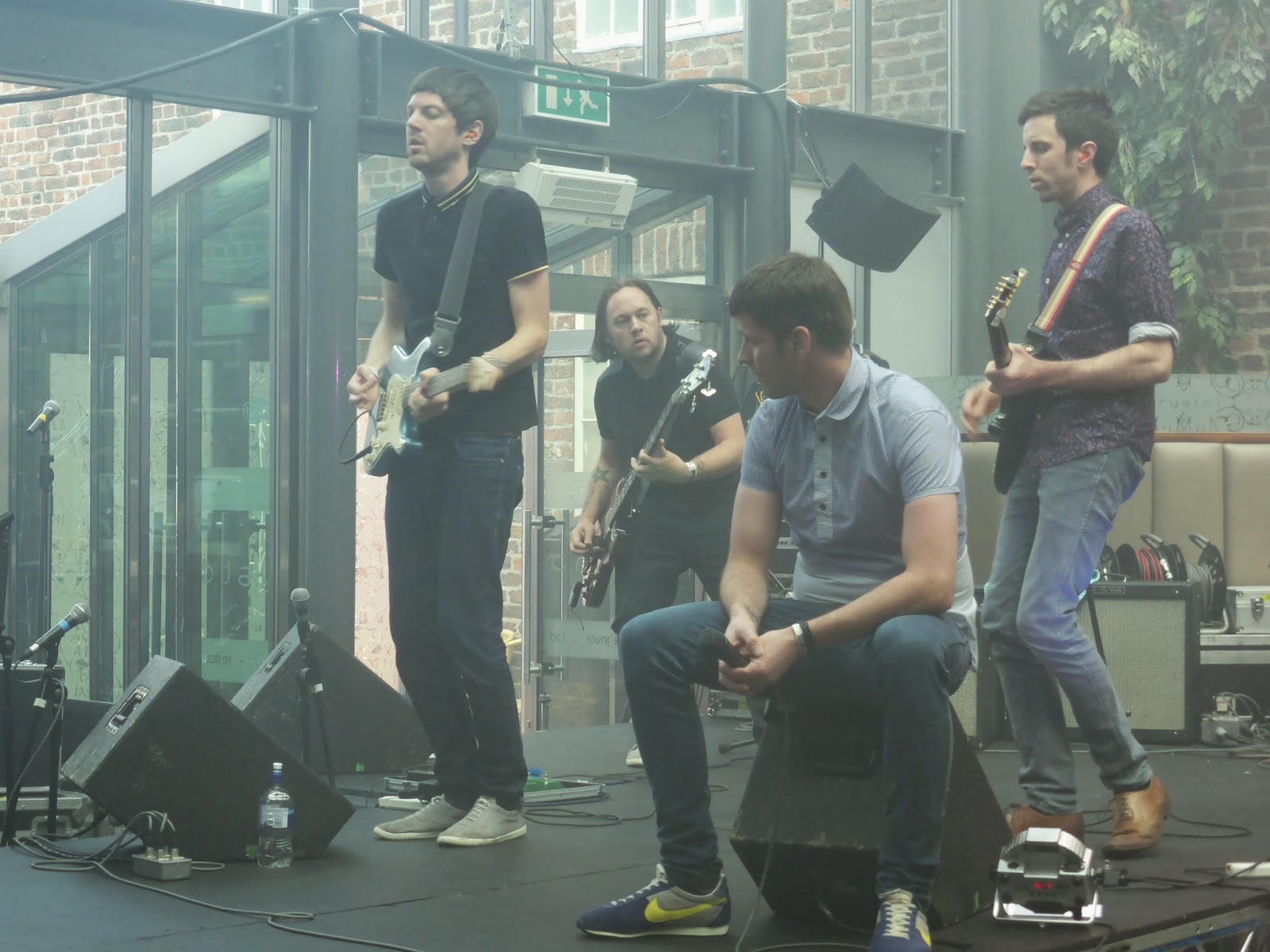 Next up are one of Manchester's finest new bands, Puppet Rebellion. Opening with Chemical Friends, singer Simon Monaghan immediately has a commanding stage presence and sings from the heart. There is a realness to Puppet Rebellion which I find appealing.  Seeing them in the former industrial heartland of Sheffield seems to add to that appeal. They have a harder edge live than on record and play a set of new and old material that the audience lap up. Monaghan is an interesting story teller, and set against dual guitars and a funky rhythm section,  Pirouette, It's Going To Be OK and The New Twenty are the standout tracks today. Puppet Rebellion are destined for further success and bigger stages. 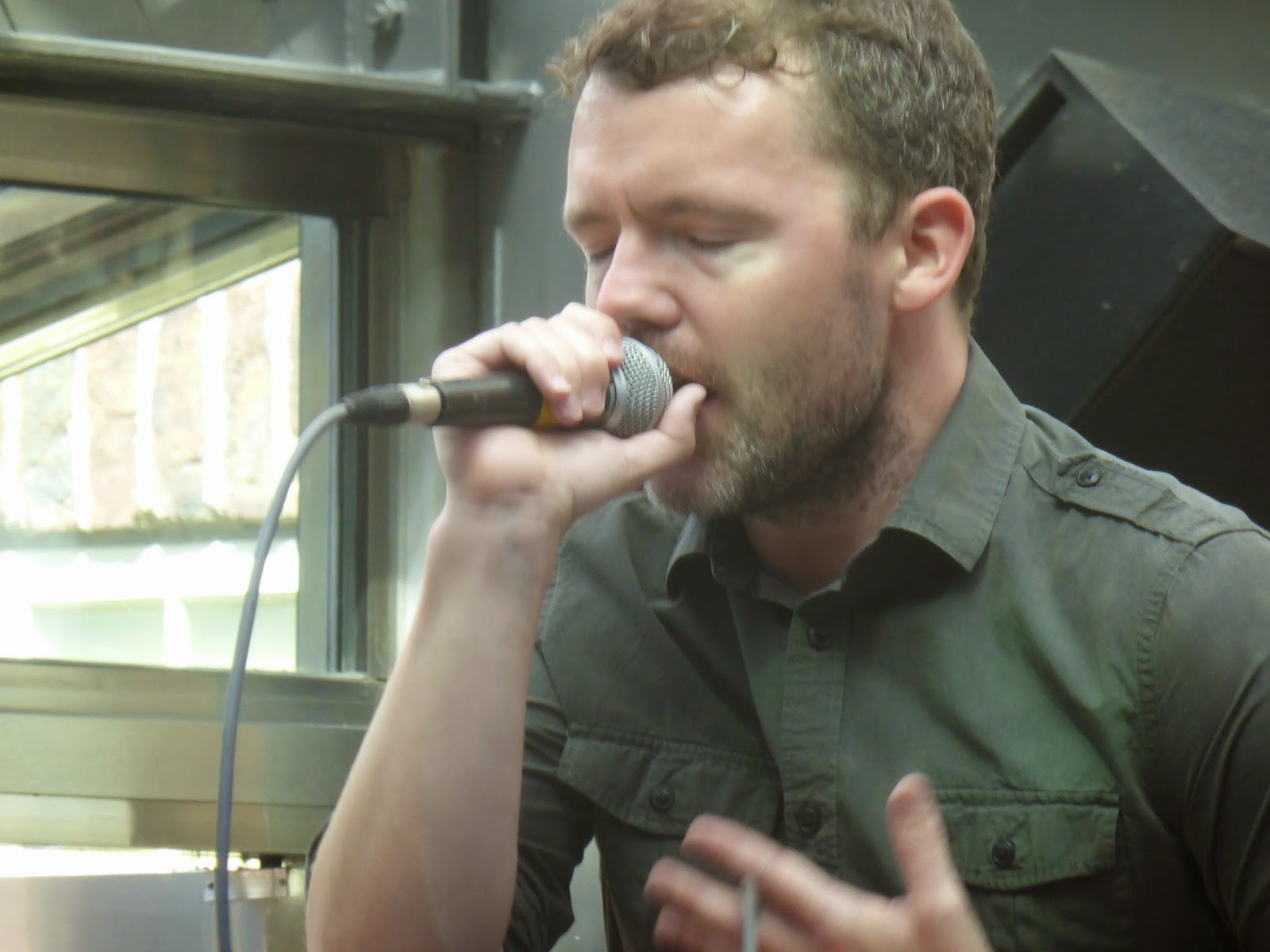 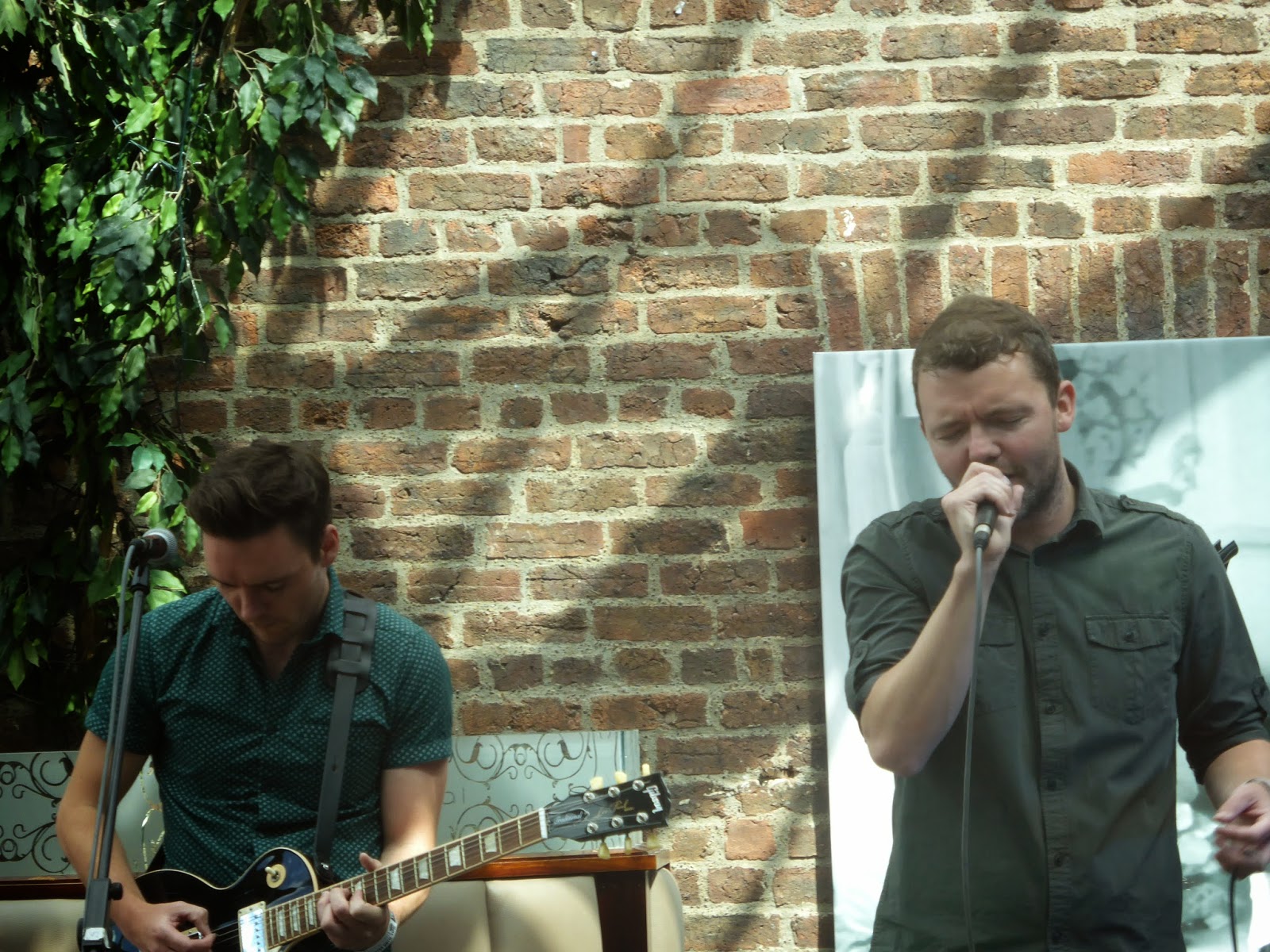 Opening with the powerhouse that is Sirens, The Slow Readers Club are on form. The standout track from the debut album is a perfect introduction to the band for the enthusiastic Sheffield crowd. Keeping the tempo going with the as yet unreleased Fool For Your Philosophy, the band sound as tight as ever.  There is a chemistry between the 4 of them that many bands simply don't have.

Days Like This Will Break Your Heart has a storming baseline from substitute Chris (regular bassist James couldn't make it this weekend). It is hard to believe Chris only had a few rehearsals with the band before their shows this week because he gels with the other three. Sporting a fine Slow Readers Club T-shirt, he fits in well with a band who don't just use the bass guitar to plod along on in  the rhythm section. James' bass lines are a key element to their sound and full credit to Chris for stepping in.  Reuniting with former Bright Kicks bandmate (drummer David) was a great idea and they really nailed it. Playing an up-tempo set including Feet on Fire, the classic Forever In Your Debt and Block Out The Sun is a master stroke when playing an afternoon slot in a new town to a new audience. It means we don't get the forthcoming new single Don't Mind but we are treated to excellent current single Start Again before One More Minute ends their well received thirty minute set.

The Slow Readers Club are one of the finest bands I have heard in a long time. They don't have any gimmicks or stage theatrics. They walk on. They plug in. They play. Delivering a set of classic, sometimes heart wrenching, sometimes uplifting, intelligent, modern pop songs. 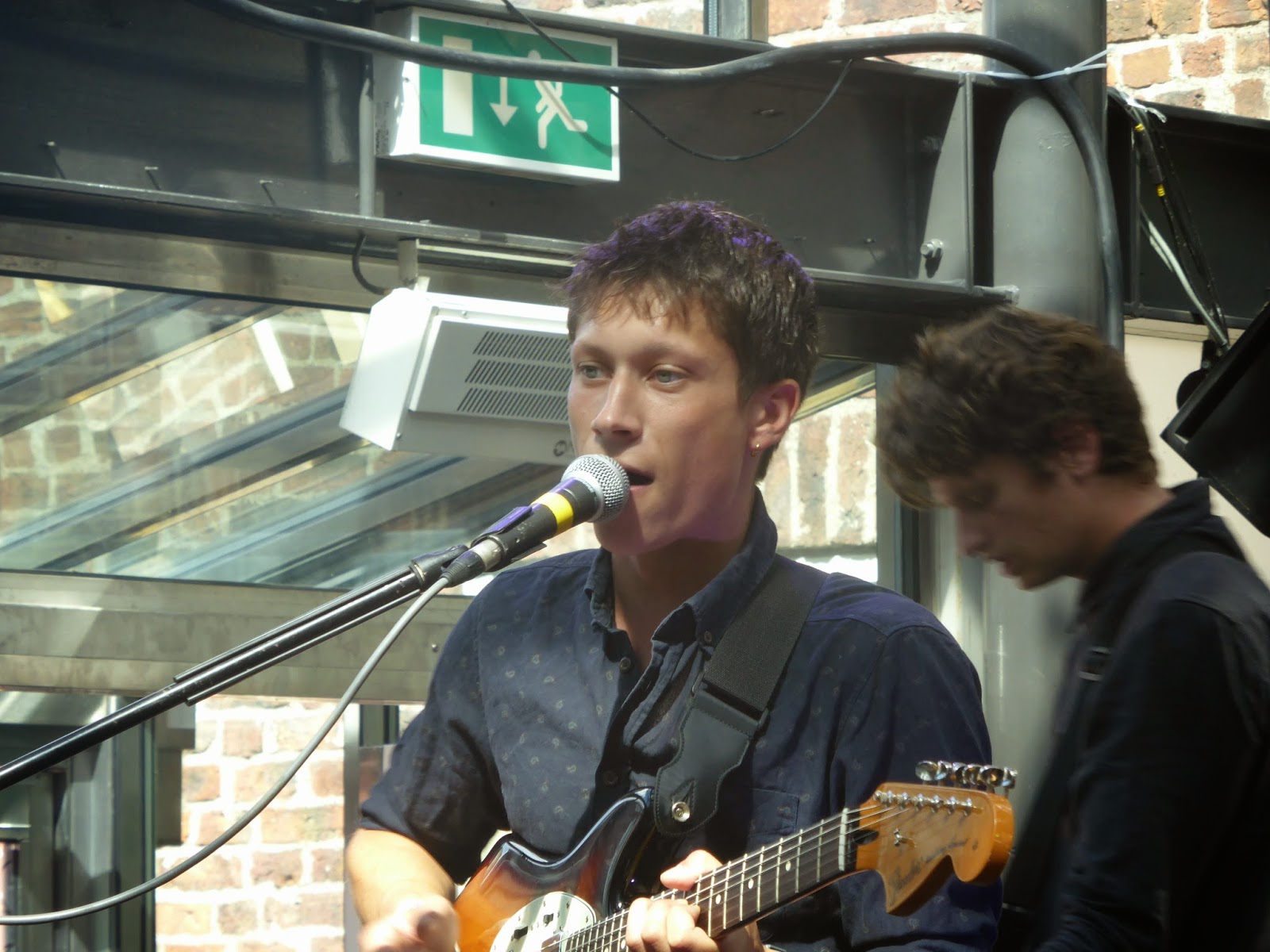 Local heroes The Darlingtons are up next.  I caught them in Leeds a few months ago and have since aquianted myself with their back catalogue. Sounding not unlike early 90s shoegazing pinups Ride, they make an impressive noise, particularly on recent EP There's No Beach In Doncaster.

Playing their second Tramlines gig of the weekend, the band play a well received mid afternoon set opening at breakneck speed with Rotations. For me the highlight was Don't Give Me Hope but I didn't come away feeling as excited as I did on seeing them back in April. When guitarist Dan decides to take his Fender Jazzmaster off stage and out the door mid song one photographer goes in hot pursuit to capture the moment.  It is as if this is a classic rock moment. It isn't. Legendary '90s pop combo Thousand Yard Stare had a T shirt slogan which read "fast cars and loud guitars do not impress me". How apt.

The Darlingtons have a fine collection of songs and whilst their healthy fan base appears to be growing, I hope they manage to tone down their on-stage antics and let the music speak for itself.

Unfortunately we can't stay to see The Minx who were on late into the evening as we are spending the evening in Weatherfield (yes, seriously).  Full credit to The Crystal Bar / Club for organising this stage, the impressive line up and having sufficient bar staff to cope with the crowd. We will hopefully be back same time next year.