Zhongshan, China is a place you've probably never heard of, let alone know anything about.  It's home to a wonderful new band called Summer Can't Fall Asleep. We've had a copy of their debut EP called ZZZ sent to us via Hong Kong and we're rather excited by them and are delighted to present them to the western world. 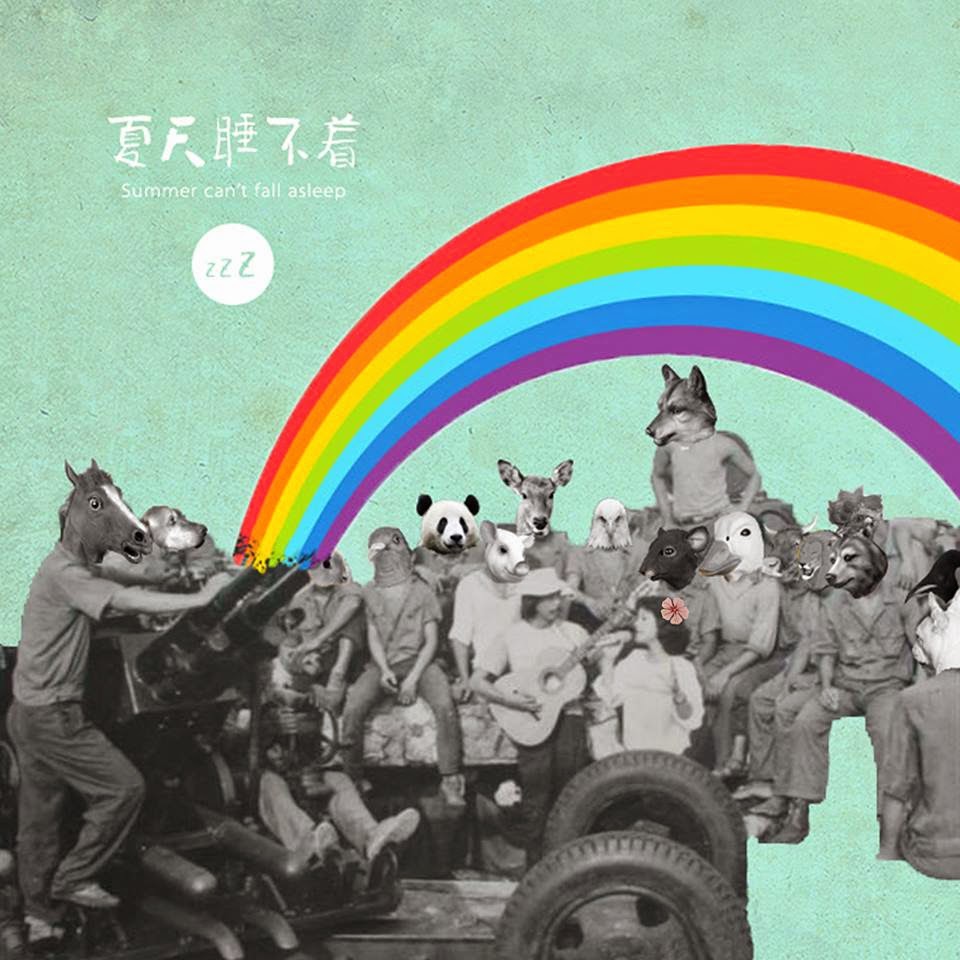 Obviously we know very little about them at the moment.  They're a four-piece with vocals, guitar, drums and bass and the band members are from left to right above Sun, vocalist Kwan HK, Wen and M. They've been causing a stir in their hometown, situated about 1 1/2 hours drive from Hong Kong.

The EP's production is very stripped back with shades of early Wedding Present guitar work and theYeah Yeah Yeah's and The Sugarcubes' more reflective moments. There's refreshingly none of the tendencies of current bands to try and cram as much into a short space as possible giving the instruments space to breathe without fighting each other in the mix and Kwan to take centre stage as well as some Einar-esque backing vocals from one of the guys in the band. Yet on five-minute plus instrumental title track, which starts with an acoustic strum, they demonstrate they're not afraid to mix it about and turn up the amps and let go either.

Their recent gig at the Sun Livehouse has found its way onto Youtube.


Summer Can't Fall Asleep are on Facebook (run from outside the country as FB is blocked in China).