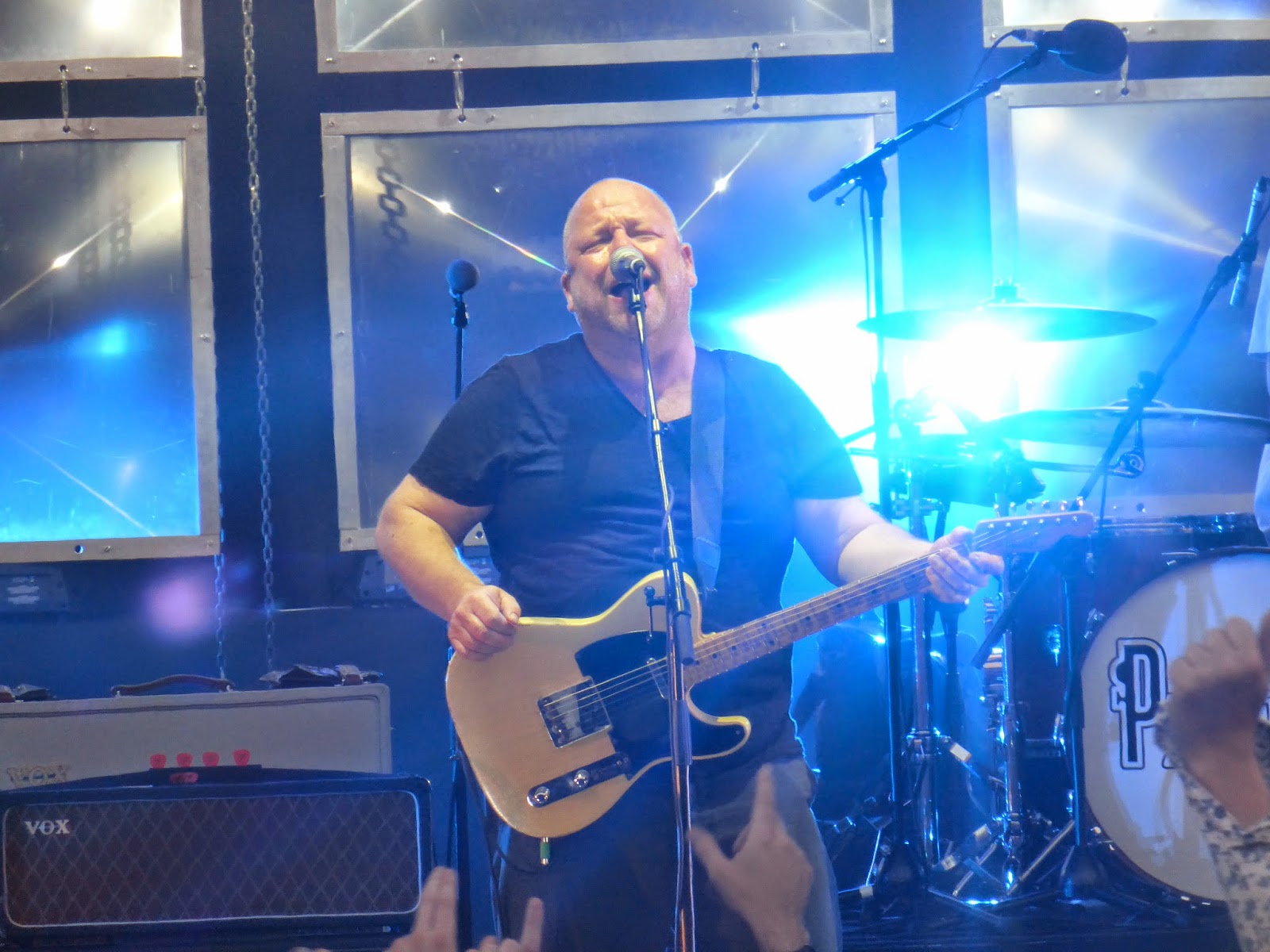 We caught indie legends Pixies run through a set of classics and tracks from their comeback album Indie Cindy on a hot summer Manchester evening.

It's a second trip in under twelve months for Pixies to Manchester and the bowl, whilst reasonably full, isn't close to capacity.  There is a good mix of ages though which suggests that the legacy of their great early records, particularly Come On Pilgrim, Surfer Rosa and Doolittle, isn't diminishing with time and they've surprisingly produced a new album that stands up at least against their later work.

There's very little interaction with the audience as they barrel through a 27 song set in under an hour and a half.  They finish with Vamos, there's no encore, they just disappear into the night.  Doolittle, their most accessible and best-known album, is the focus of the set, with 10 of the 15 songs from the album and they get the best reaction.

The rest of the set is a mix of the rest of their career and we only get four songs from Indie Cindy, which is slightly disappointing given that Pixies don't really have a series of greatest hits to pull from and their audience had been crying out for new material since they got on the reformation cycle in 2004.  The crowd don't mind, singing along to everything and thrashing around reliving their youth, even with little encouragement to do so coming from the stage.

The obvious question and one we were asked a lot was how Kim Deal replacement Paz Lenchantin fitted in.  Whilst noticeably different vocally (and let's face it no one is going to be able to ape that Kim Deal growl), which probably meant certain favourites were non-starters setlist-wise, her bass playing fitted in well and given there's never been a great deal of band interaction on stage for years, it doesn't change that dynamic greatly.

Having seen Pixies play quite a few times back in the late eighties and early nineties, it had been easy recently to focus on the Black / Deal relationship without recognising the contribution of Joey Santiago, who finishes the set using his guitar jack and effect pedals to create noise without his guitar, having used three of them during the course of the song and Dave Lovering on drums, whose robust, direct style high up in the mix is perfect for the wall of sound they create, but which also generates the dynamic and leads the likes of La La Love You.

They do seem far more together as a band without Deal than any time since they got back together, which can only be a good thing if it means that their contribution to the annals of guitar music is properly recognised by future generations who can witness these songs live.