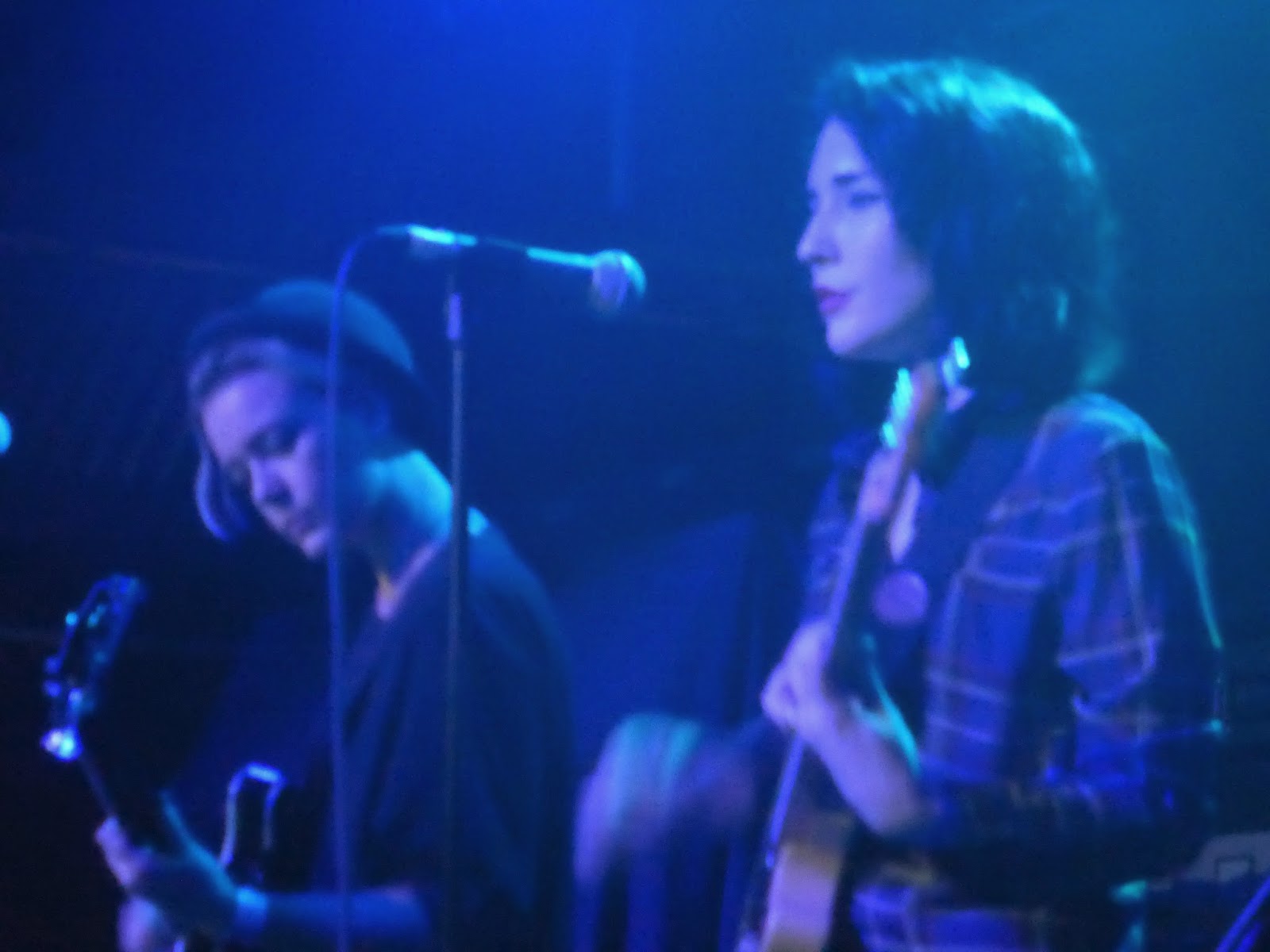 PINS are at that difficult point in a band's career, where their first album has been out a while, they've been playing those songs constantly to an audience that knows and loves them for a couple of years.  It's time for change though, to introduce new material and see how it's received.  They should have no such worries on the basis of tonight.

A late addition to the Sleigh Bells line-up at Gorilla, not one of our favourite venues in town, PINS take to the stage fashionably late and immediately crash into Lost Lost Lost.  Through the slightly muddy sound what's immediately clear is that in the eight months since we last saw them PINS have morphed into a supremely tight live outfit without losing any of that gang mentality and obvious joy in playing together in a band with friends that marks them out from many of their contemporaries.

They introduce three new songs into the set and if these are the fruits of the writing sessions post the album recording then they mark out a new path for them, moving away from two minute short blasts of angst to brooding darker places. Oh Lord is a beast of a song close on to five minutes, with chiming, menacing guitars dropping into a number of breakdown sections and showcasing a new side to PINS we hadn't heard before.  Curse These Dreams and House Of Love leave a similar impression, that their songwriting is exploring new avenues as they develop as a band.

There is still the unadultered pleasure of their sharp bursts of the likes of Girls Like Us, Shoot You and set closer Waiting For The End with their infectious vocal harmonies.  There's even time for a rapid fire cover of The Misfits' Hybrid Moments.

Sophie on drums drives the songs and changes their direction without blinking, Lois is jumping around the stage, threatening to fall backwards and topple into Sleigh Bells' speaker stacks, mouthing along to every word, even when she's not contributing backing vocals and Faith has now outwardly shed that nervousness that was evident in early shows to become a beguiling front woman and gang leader, either with guitar in hand or when she moves to the front of the stage to address the audience.

PINS are moving from the gang of girls that would sneer at you on the street corner to one that threaten to kick your head in if you look at them the wrong way. They sound better than they've ever done before.

They played Lost Lost Lost, Curse These Dreams, House Of Love, Get With Me, I Want It All, Oh Lord, Girls Like Us, Shoot You, Hybrid Moments, Waiting For The End