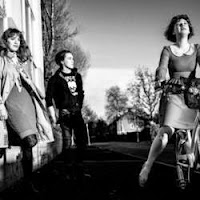 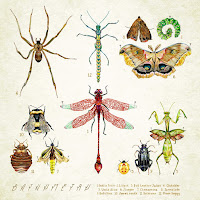 This week's tips on Shell Zenner's Amazing Radio show are Bathymetry.  A three-piece hailing from Warrington, Carlisle and Washington State USA, they've set up camp in the North West. They release their self-titled debut album on Monday and play a launch show at Aigburth Cricket Club tonight. We spoke to Ariel from the band to find out more.

Could you introduce yourselves please & how you got together as a band?

We are Emily, Ariel & Dave and we all come from different places. We managed to find each other via 'want ads' online. Ariel is an American living in Liverpool, Dave is from Carlisle but lives in Manchester, and Emily is from Warrington but lives a nomadic lifestyle mostly in the North.


Do you write songs as a band or does one of you bring the songs to the band?

One of us usually brings an idea – sometimes a flicker of a thought, sometimes an entire skeleton. Then we all play with it together and see what happens.

Songs are tricky things and it usually less a process of writing them and more like stalking a wild creature – throwing it crumbs to gain its trust and study its habits. Or sometimes just a matter of keeping very still so as not to frighten it away.

Bathymetry is an unusual name – where did it come from?

Bathymetry is the study of the ocean floor – plumbing depths and making maps of them. Mostly we just fancied the odd symmetry of the word but it is nice to think of ourselves as mapmakers exploring unknown regions.


Your album is out on Monday. Could you tell us a little about how and where it was recorded?

We recorded the album at a rather hectic pace with just five days to get twelve tracks down, mixed and mastered. Somehow under the wise guidance of Pat O' Shaughnessy we managed that and were also able to take our time collecting noises from around Liverpool and having nice coffees at Donato's. We recorded in Soma Recording Studios in a wonderful building on Victoria St here in Liverpool.

It's coming out on Ugly Man Records – how does it feel to be releasing on a legendary label that put out the likes of Elbow, I am Kloot and The Man from Del Monte?

It's all a bit surreal! Our meeting with Guy Lovelady of Ugly Man was quite funny and completely by chance. Our friend, Sean O'Donnell of Alias Kid, introduced us at a gig and told Guy he should work with us. Happily he actually did give it a go. It's very exciting to be working with a label soaked in so much musical history and with such a fiercely independent way of doing things.

You supported the Jesus and Mary Chain recently. How did that come about and how was that experience?

When we found out about the Jesus and Mary Chain support slot an Ipad was flung down a flight of stairs. We played Alan McGee's Creation Session nights in Liverpool a handful of times (which are always top if you're a music lover) and he just wrote and asked us if we were up for it. To open for such a great band then get to watch their set... It was like a waking dream, had to keep doing reality checks to make sure we hadn't just eaten some bad rye bread.

What are your plans now that the record is out – do you have live dates planned to support it?

We have a smattering of gigs on the horizon and are putting on a big album bash at the local Aigburth Cricket Club on 6th June for the actual release. After that we'll be in Manchester supporting Manmade & Kagoule at the Kraak Gallery 25th June. Then it's up to York to play a benefit for the Healing Clinic on June 27th .

Something we're really looking forward to is going up to the Lake District 18th of July to play Fell Foot Sound Festival. Very excited to spend the weekend camping by a magical lake listening to great music.

Besides that, we are hoping to venture to Scotland & perhaps even journey down south sometime later in the summer with a box of albums.

Finally, how would you describe yourselves to someone who'd never heard your music before?

This question is always mildly intimidating as our sounds are quite simple but still seem hard to put a finger on. We're not a band of schoolmates who grew up together with joint musical ambitions – We're three oddballs that somehow ended up in the same practice room and combined all of our ideas.

The music is a weird hybrid of folk, rock, pop, horror...and probably several other things. You'll just have to listen and let us know!

Their self-titled debut album is out on Monday on CD and download.

Email ThisBlogThis!Share to TwitterShare to FacebookShare to Pinterest
Labels: Bathymetry