Track Of The Day : Purple Merlin - East Is West 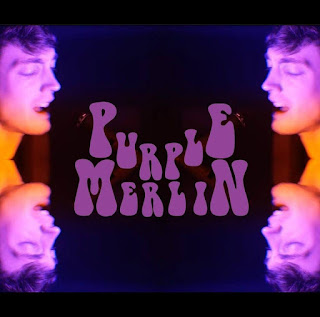 East Is West is the debut track from the mysterious Purple Merlin. All we have to go on this video for the song and the promise of some forthcoming live dates.

The sound of air raid sirens usher the song both in and out with a sense of foreboding and imminent destruction as the video pans over a Northern town before a guitar riff kicks in that grabs the listener by the throat and makes you sit up and take notice. The song itself fuses a whole range of influences and styles but creates something that really stands out from the crowd and has you involuntarily humming the riff hours later.

It has a big chorus, a vocal that drips with the confidence of the likes of Gallagher and Fray without ever wanting to sound like either, a couple of breakdowns that allow the guitarists free reign and drumming that dictates the pace and the direction of the song. For a band's first release it feels like they're perfectly atuned to each other in a way most new bands only manage several singles in, if at all.

They have the following live dates planned - Manchester Soup Kitchen on July 15, Stockport Seven Miles Out on August 11 and Manchester Night And Day Cafe on the 18th.

Tickets for the July 15 Soup Kitchen gig are available here.