Track Of The Day : Ryley Walker - The Roundabout 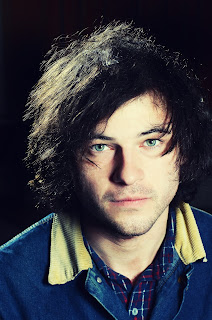 The Roundabout is the second song to be revealed from Ryley Walker's forthcoming third album Golden Sings That Have Been Sung that is out on August 19th. Accompanied by a video filmed on the fourth of July back in Pilsen in Chicago set as blitzkreig celebrations mark Ryley's favourite time of summer.

The song was previewed on Ryley's tour which included a solo date at Band On The Wall back in February and delivers on all the raw promise of those acoustic versions of tracks from Sings that he revealed almost in full that night to an awestruck crowd.

The album is out on August 19th and we're particularly looking forward to the deluxe Deep Cuts version of the record which includes a forty-minute version of one of the tracks Sullen Mind.