TRACK OF THE DAY : NewDad - Blue 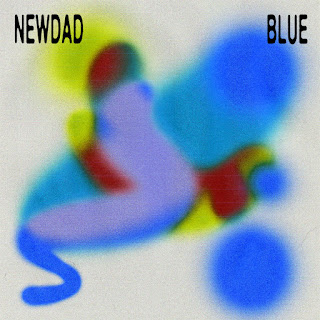 Galway four-piece release their fourth track since March in Blue, a song about different perspectives in a relationship and how they ultimately end in division.

They explain the meaning behind Blue - “The song describes a divide in a relationship. It tells the story from the perspective of someone who wants more, but the other person can’t give it to them. It is the feeling of holding someone back because you feel too blue.”

Lyrically it captures perfectly that situation where despite whatever attraction exists, an incompatibility is hard to overcome if one half doesn't want to change. When Julie sings "we don't like the same things, I want to dance, you just want to drink" it sets the scene for "I tell you every day I don't want things to stay the same, I say 'meet me outside, I want to talk' and you just want to fight" where the cracks really open. It's delivered in an understated undramatic way, both musically and vocally, that it captures perfectly the emotion (or lack of it on one side) in the situation and how it wears someone down.

The single follows on from How, Swimming and Cry - showing a love of one-track song titles - an impressive quartet of tracks from a four-piece that looks set to continue the Irish invasion of exciting new bands into the UK market and beyond.

They play a socially-distanced seated gig at Galway Roisin Dubh on September 10.

Email ThisBlogThis!Share to TwitterShare to FacebookShare to Pinterest
Labels: NewDad