TRACK OF THE DAY : One Little Atlas - Path Of The Sun 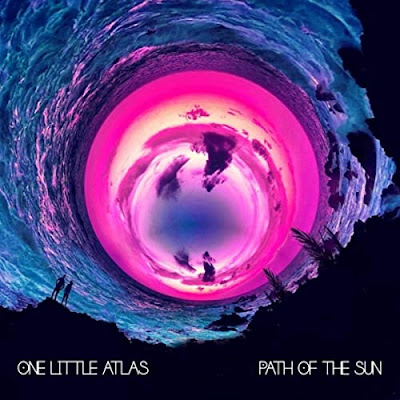 One Little Atlas return with new single Path Of The Sun, their first new track since 2018's single Orenda. Capturing a mix of hypnotic vocals, beats and more traditional instruments, the song feels like the soundtrack to an imaginary film full of mystery and intrigue.

It's seven years since One Little Atlas released their self-titled debut album and Path Of The Sun looks likely to be the first song to come from its follow-up scheduled for release in 2021. In that time they've released a couple of EPs, worked on film scores and delivered rare but warmly received live shows. Experimenting with sound yet still managing to sound accessible and enduring, they've retained their own mystique and independence whilst standing out on the local Manchester scene for their invention and creativity.

Email ThisBlogThis!Share to TwitterShare to FacebookShare to Pinterest
Labels: OLA, One Little Atlas