TRACK OF THE DAY : Test Card Girl - Holds Me Down 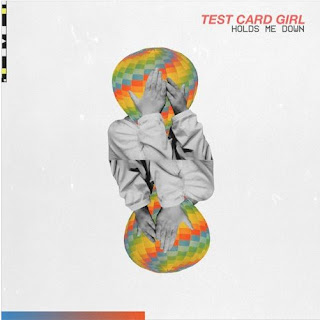 Holds Me Down is the debut single by Test Card Girl (aka Catherine Burgis). The song has already grabbed the attention of Tom Robinson and the evening show at XS Manchester. The song is a glorious mix of 80s-influenced synths, crystal clear crisp lead vocals with some delicious layering of backing vocals in parts and it's tinged with optimism and hope as she sings about the glorious feeling of falling in love and being immersed in it.

Holds Me Down is released digitally and on limited edition cassette from Test Card Girl's Bandcamp page and will feature on her debut album Seven Dolls which she's working on with producer Dave Fidler.

The single has also been accompanied by an interview with Catherine that's very different from your usual artist interview talking about the track, combining her two loves of comedy and music. We won't spoil you watching it by telling you anymore :