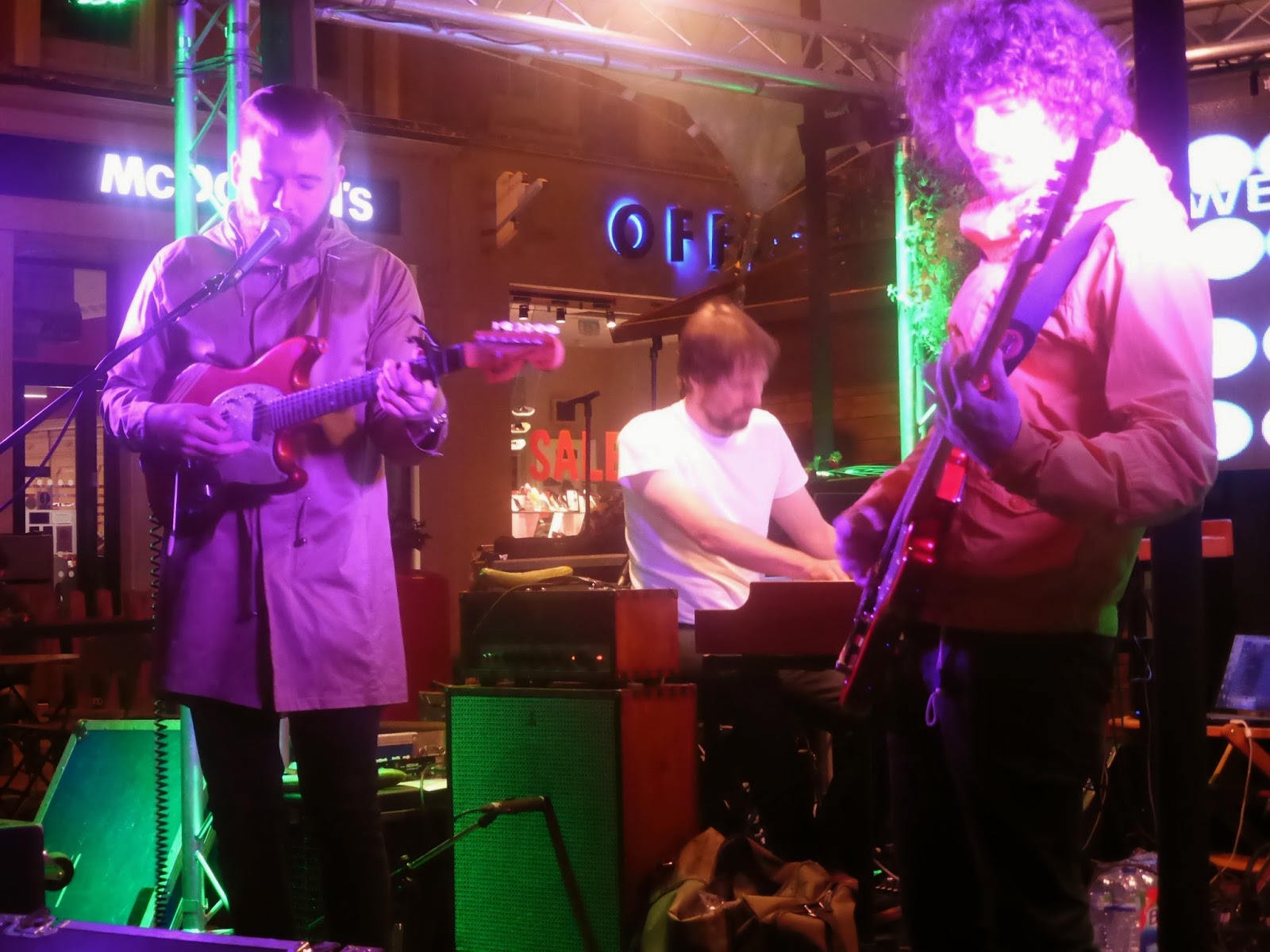 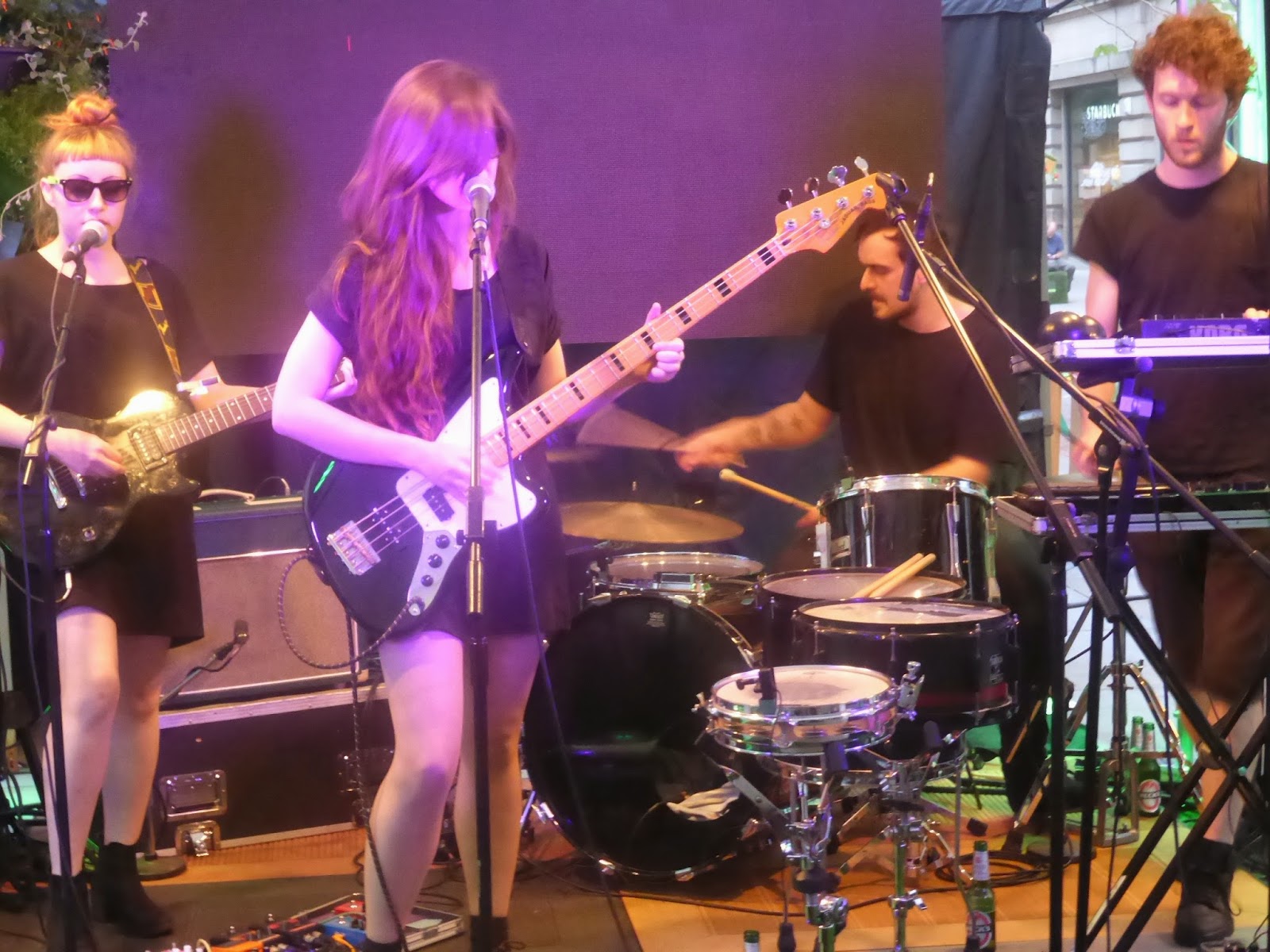 As unusual gig locations go, St Ann's Square in Manchester as part of the Dig The City festival celebrating and promoting urban greenery is up there.  However, Bird and Tokolosh transform it into the perfect setting for their dark introspective art form.

Bird are up first and having publicly sound-checked, they are beset by problems with Adele's bass at the start of their set, having to stop opening track Oh My Love half way through to try and resolve the problem. They battle on though and win over the small but engaged crowd with a selection of tracks from their wonderful debut album My Fear And Me. 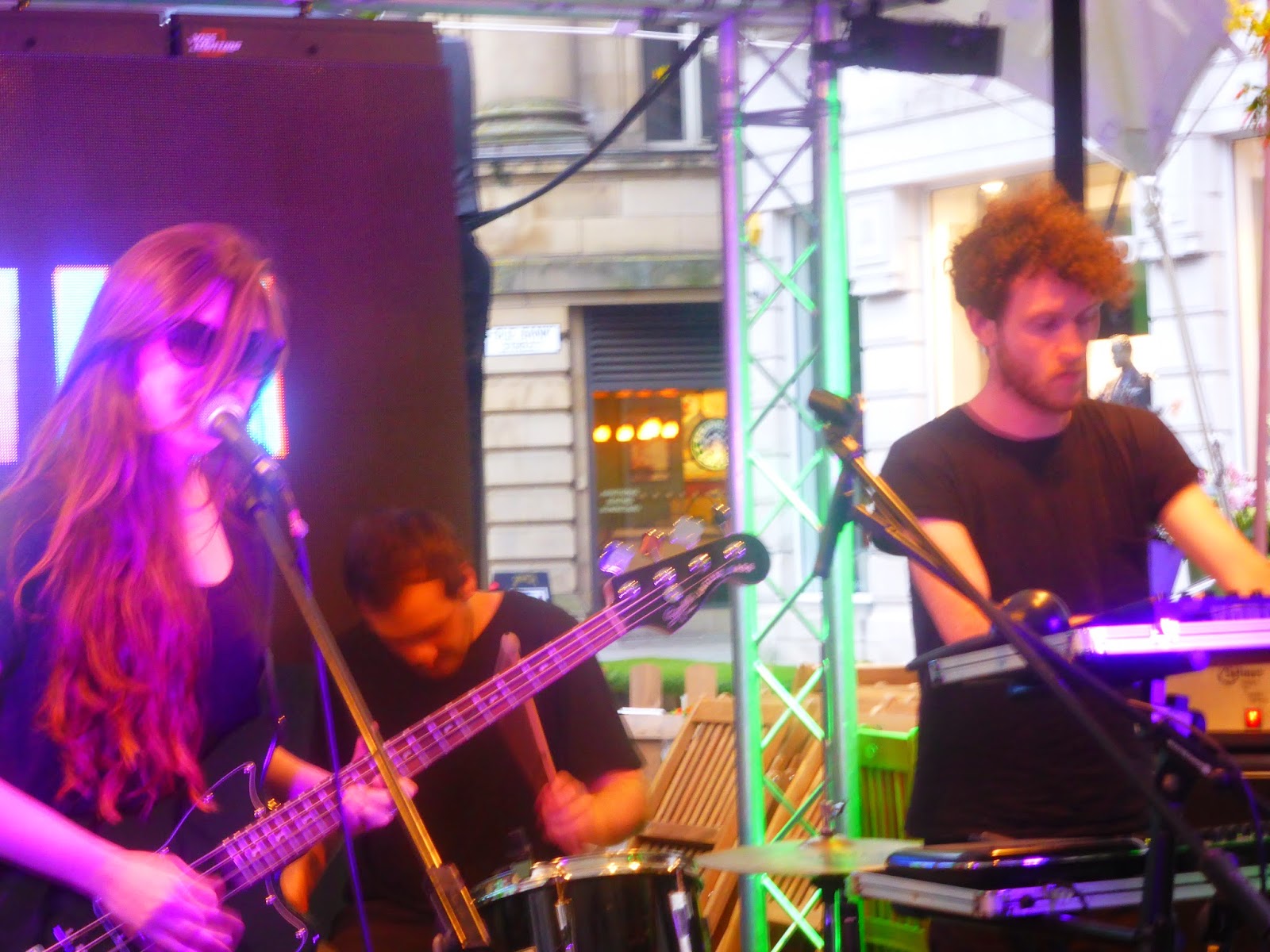 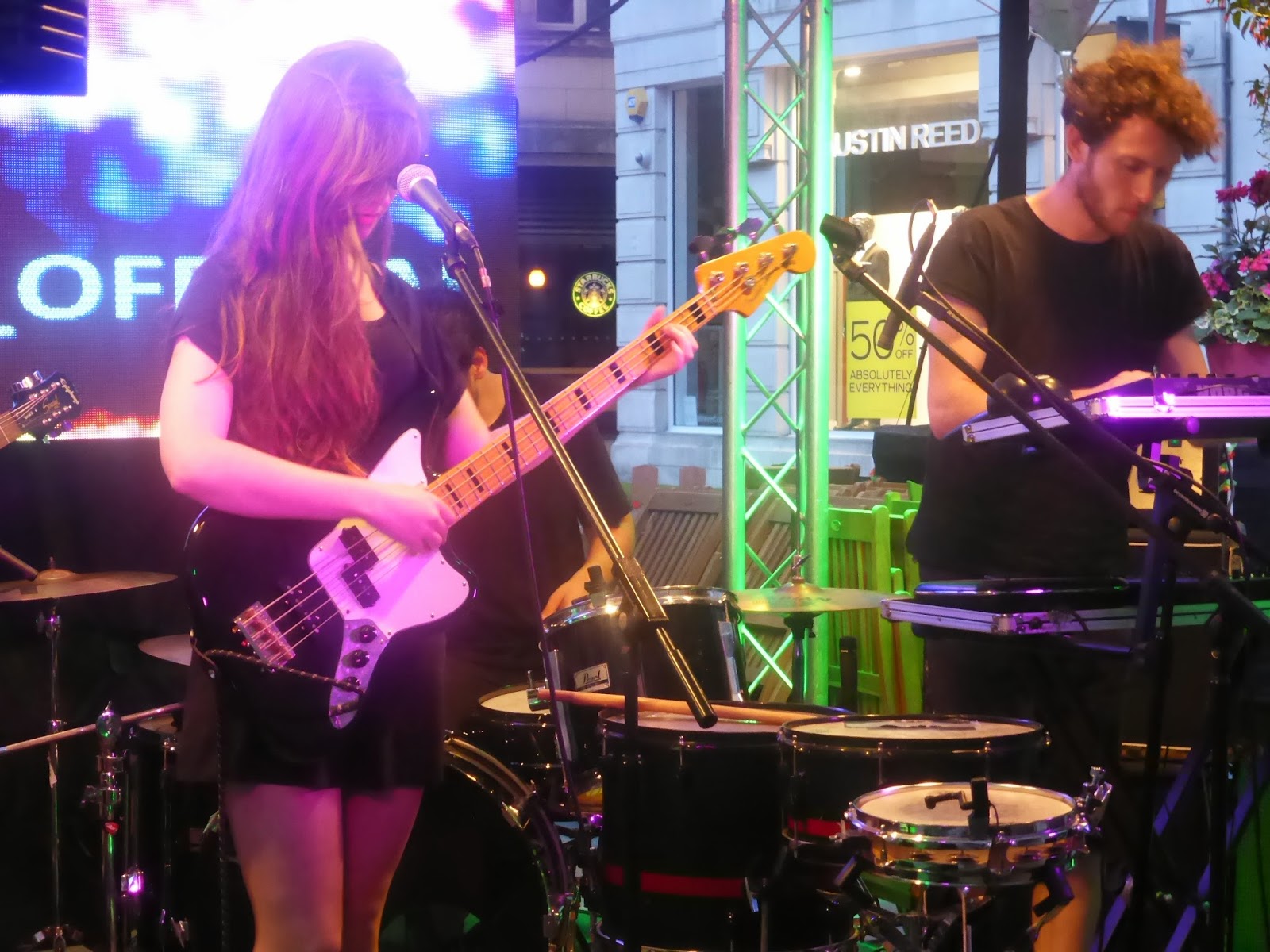 Perhaps a nod to where they are, they also throw in a cover of The Stone Roses' I Wanna Be Adored and it's revelatory to a) hear it sung by a woman and b) hear it sung in tune.  Adele makes it her own, screaming over the outro.

Whereas the darker edges of the album could get lost in the daylight surroundings, the situation actually accentuates the softer edges, the interplay between Sian's guitar and Christian's synths coming to the fore, particularly on set closer I Am The Mountain.  There's no one quite like Bird around at the moment, combining dark and light and mastering the nuances in between.

Bird played Oh My Love, The Rain Song, Bullet, I Wanna Be Adored, The Night, Sea Of Trees and I Am The Mountain. 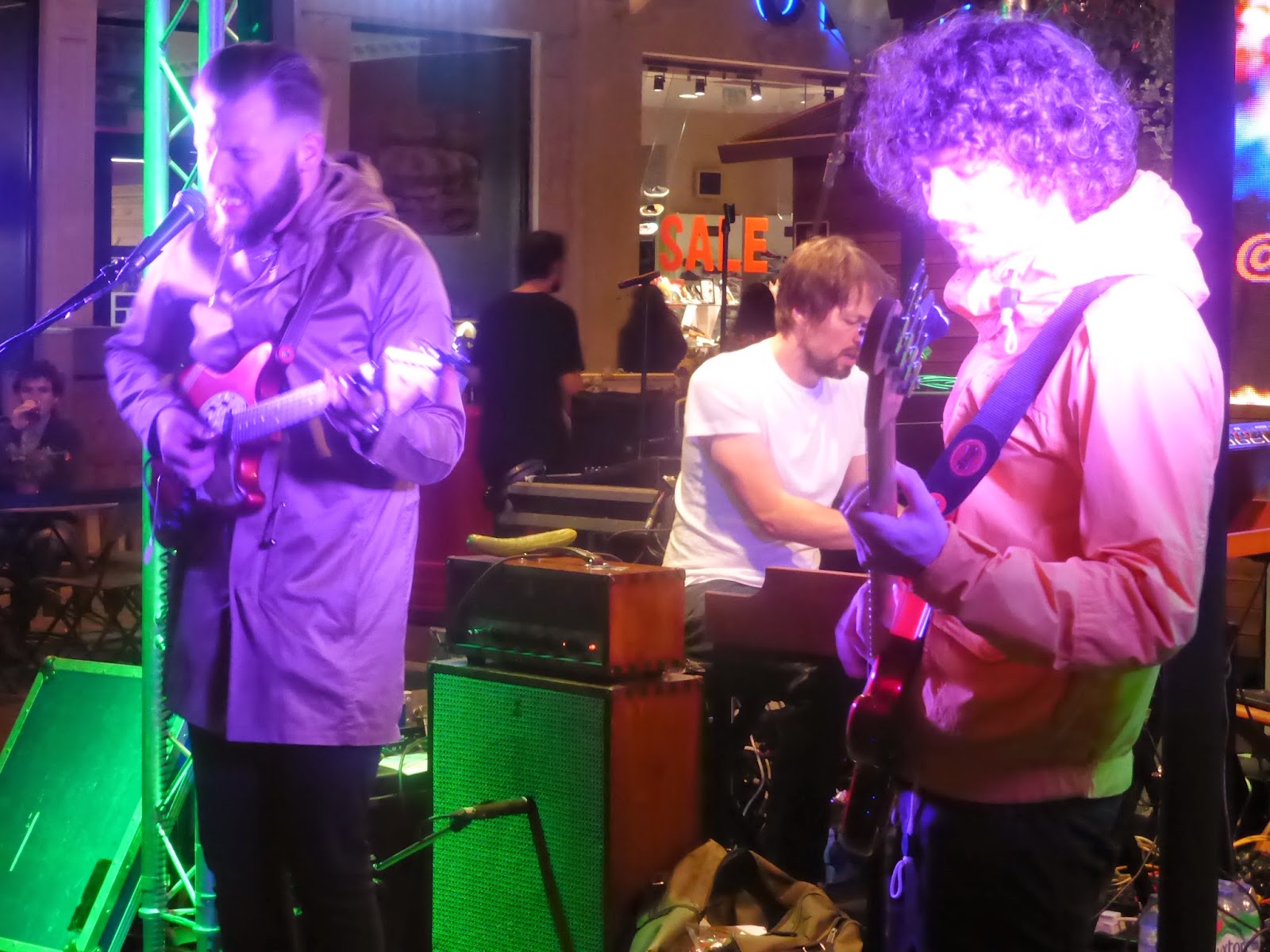 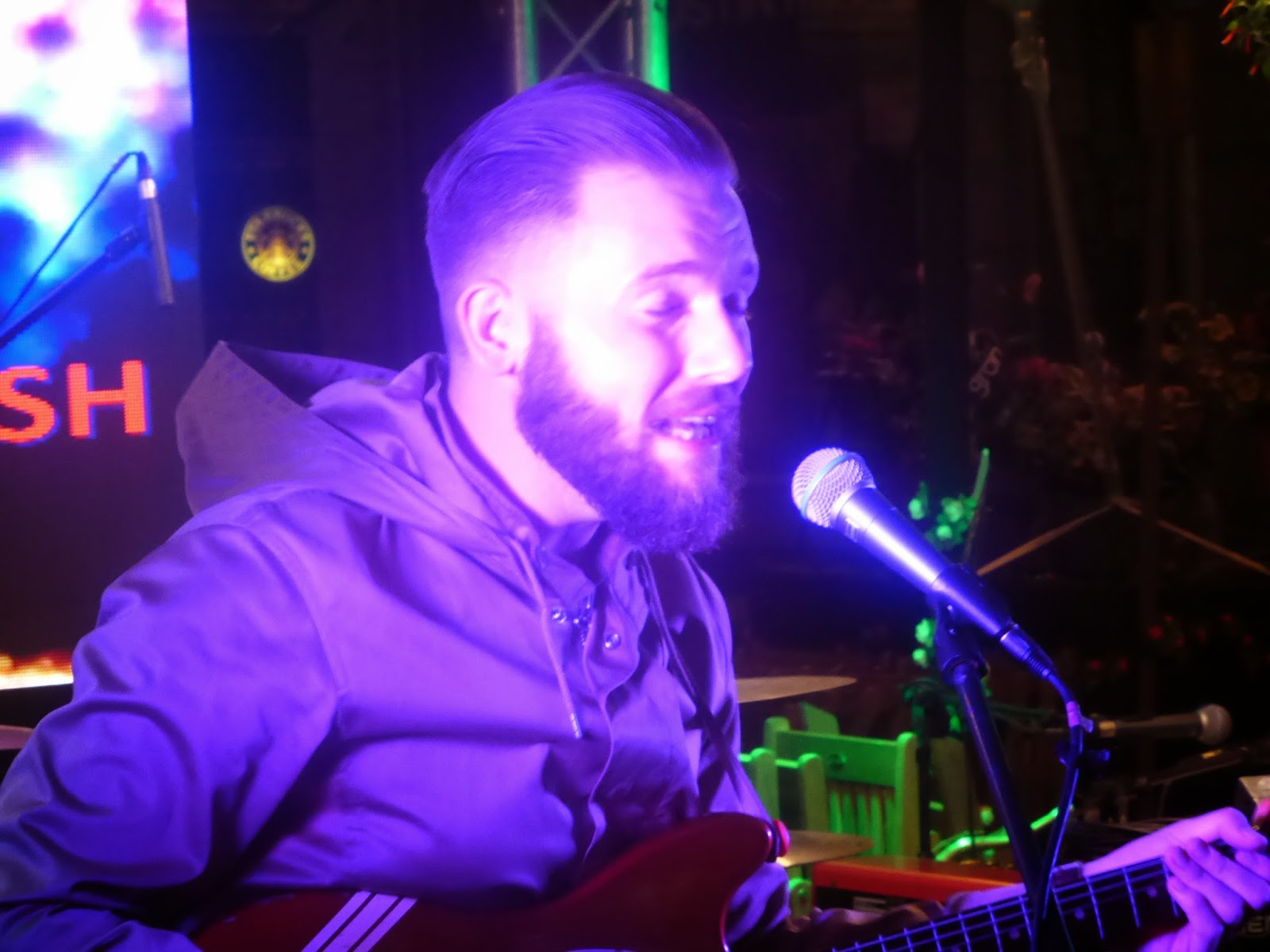 This is Tokolosh's first gig since the release of their debut album Stay Strong this week and once they've got their huge stage kit set up and just about find space for everyone on stage, they start to unveil it in its live form.  The sound is heavy on Christian and Nicky's keyboards and synths, pushed much higher in the mix than on the album, meaning that the opening three tracks and set closer A Great Wave exhibit shades of a funkiness not as evident in the recorded versions, something with that nagging familiarity that you can't put your finger on, but can't help tapping your feet to.

The lengthier, slower tracks such as Tokohorse and Quivering Pines showcase the variety of the band too and how well they've gelled, which isn't surprising as some of them have played with Liam's live band around the time of the last album and they're all well known to each other. It's clearly not Liam Frost and friends though, it's a proper collaboration and the live show emphasises this.
Liam's vocals, more often heard in the context of his solo work recently, work perfectly in the band setting. He also makes strange introductions of the band during the set, at one point calling them Carlton Banks and the Jamaican bobsleigh team and at another point starting to play guitar with a cucumber that someone had left by the side of the stage (it was a gardening festival after all).

As well as producing a genuinely interesting collaborative album in Stay Strong, Tokolosh form a pretty inspiring live proposition as well.  Catch them when they tour it properly.

Tokolosh's official site can be found here.  Their album Stay Strong was released this week and Even The Stars reviewed it. They are also on Facebook and Twitter.