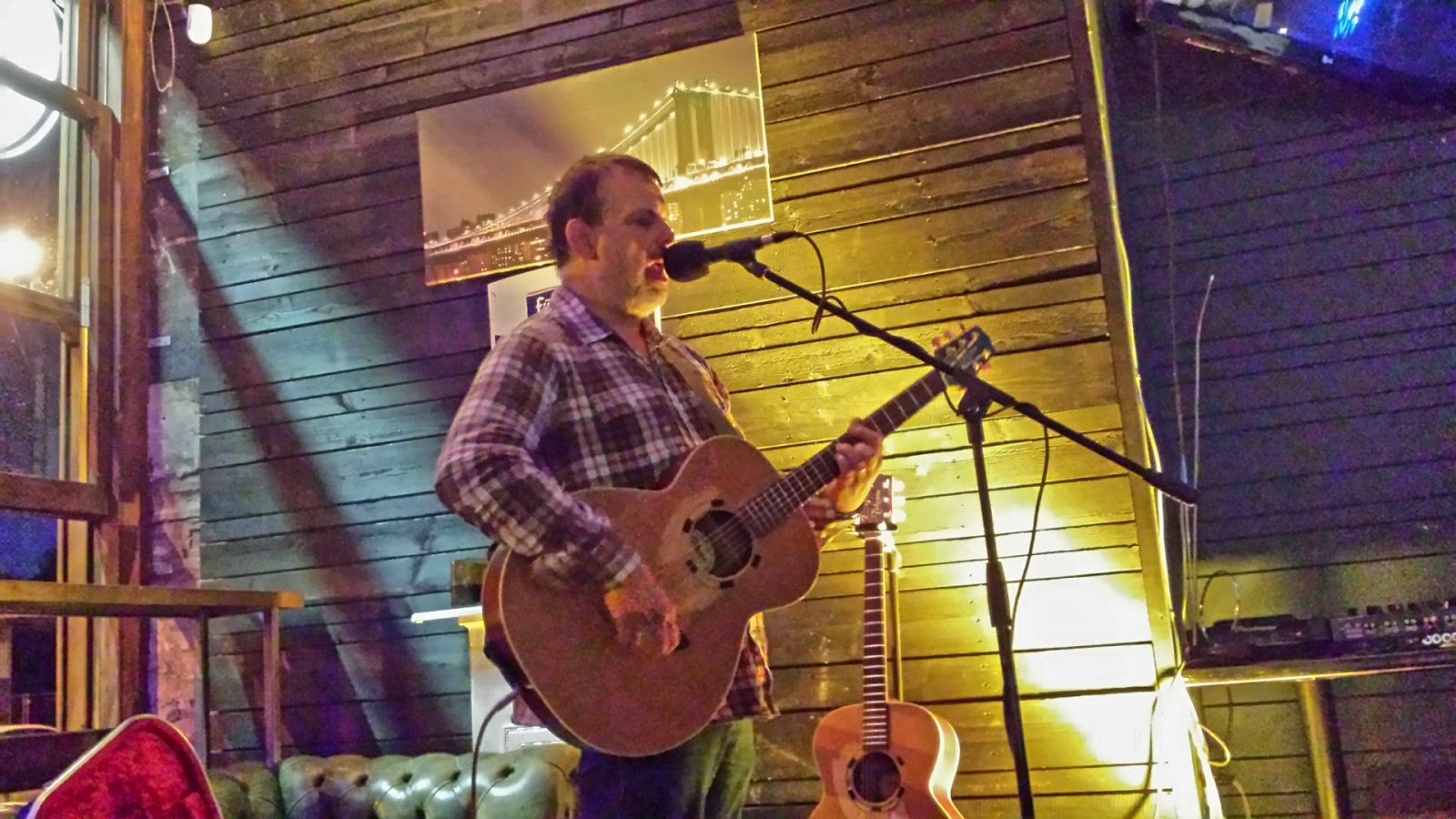 Tom Hingley returned to Scotland with his acoustic guitar (and some bitter) to play two well received sets in Airdrie. Stuart Ralston was impressed again.

Situated 10 miles from Glasgow, Airdrie has a vibrant night life. A busy Saturday night sees popular restaurant / pub / venue play host to an acoustic night, which this week sees Tom Hingley's return to Airdrie after his stunning performance at the Town Hall a couple of years ago.

Tonight's gig is a more intimate affair and opens with Saturn 5, a popular choice with the crowd. Up next is the seldom played Weakness, which still packs a punch despite being stripped back to just vocals and acoustic guitar. The tempo is maintained with a storming Dragging Me Down. Each and every one of these smash hits, including Move, Joe and She Comes In The Fall are enthusiastically embraced by the crowd. For me, the highlight is Sleep Well Tonight. Rounding off with Bitches Brew, Tom announces he will be playing a second set later.

A more unconventional set then follows. Opening with This Is How It Feels and the first of two covers, Sit Down, keeps the audience excited. Sit Down for many in the crowd seems to be their highlight.

For me, the pick of tonight's sets were two post-Inspirals tunes. Leaving It All Behind is perhaps Tom's finest recent song, taken from 2013's Sand long player. A real emotive number with a powerful vocal.

The as-yet-unreleased Beggar's Hand is a new Tom Hingley Band tune which will hopefully be released on an EP soon. Stripped back, Beggar's Hand loses none of its impact and I am sure this is going to be future crowd favourite. The recorded version Tom tells me stretches to seven minutes. I look forward to hearing it with his excellent new band.

Rounding things of with Uniform and Saturn 5, the crowd go home happy, and I go home with a bottle of Tom Hingley's Bitter.

Whilst Tom has every right to play those Inspirals hits that he sang on, it's a little disappointing that promoters want to book him to play these type of sets, when he appears to have moved on musically and is producing great new material such as last year's Paper and Sand albums and the tracks he's playing with his new Tom Hingley Band project.  Those songs deserve to be heard and Tom deserves better treatment than to be seen as simply recreating his past.