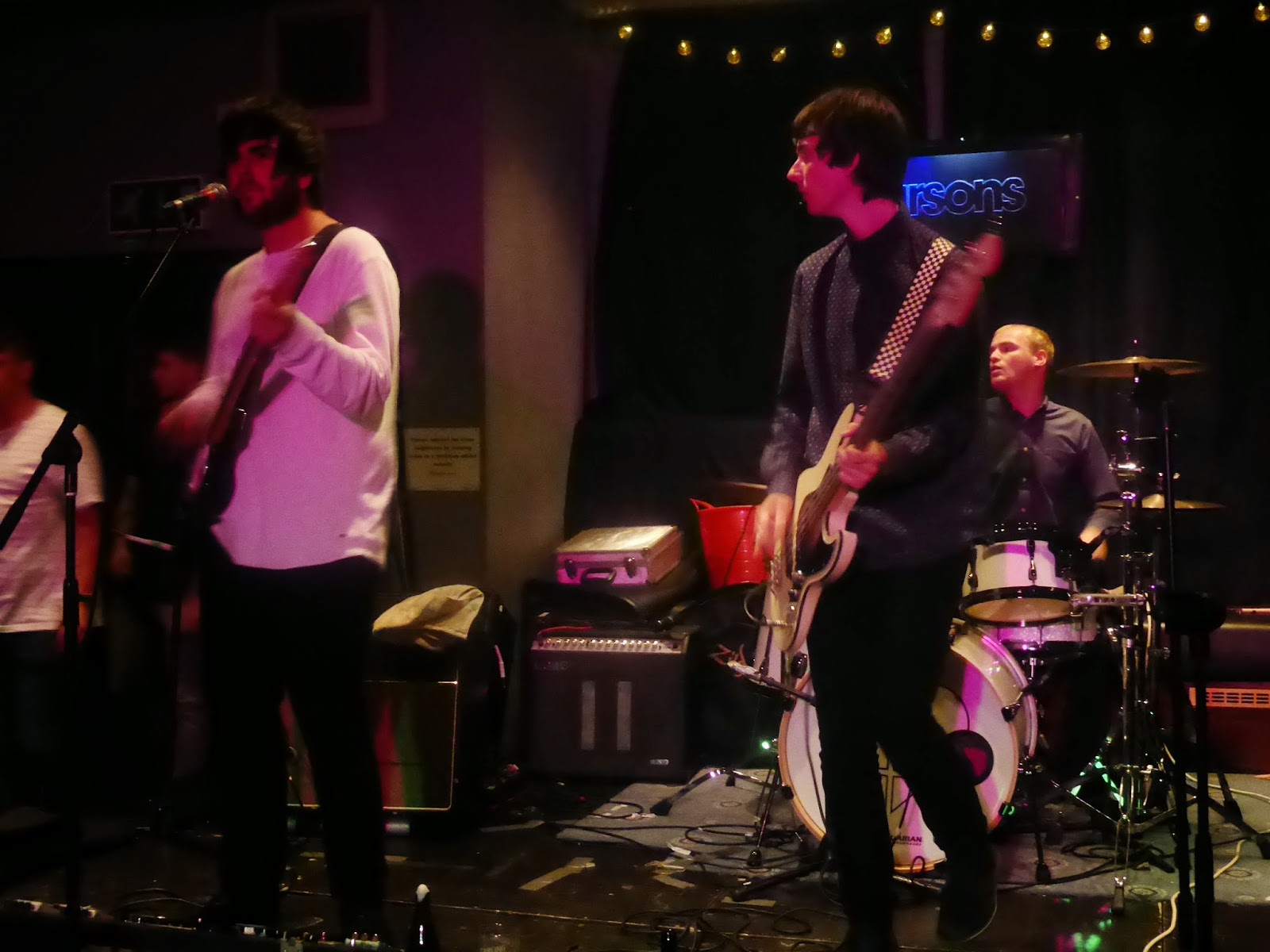 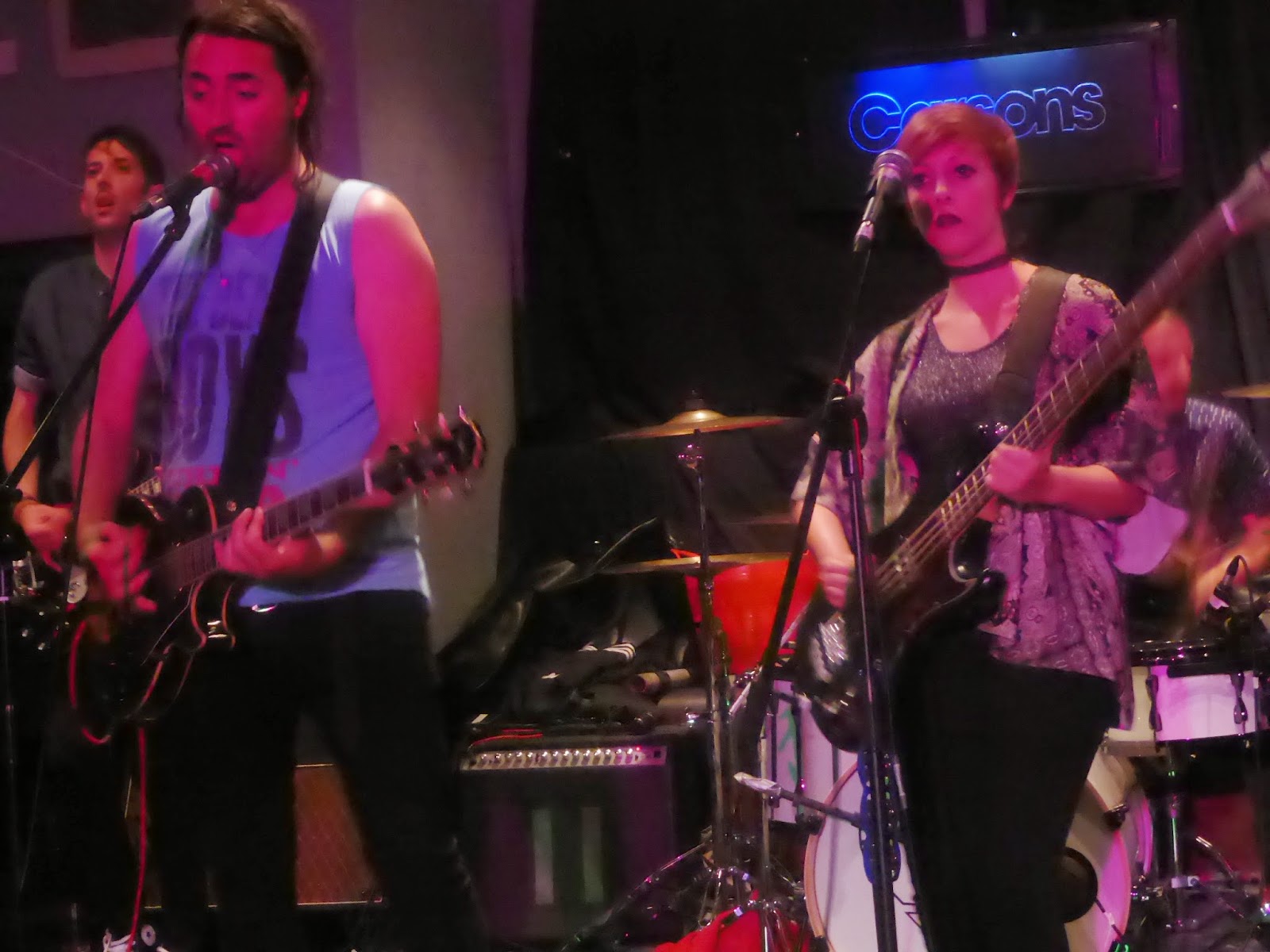 Middleton is more renowned for its famous sons The Courteeners and Paul Scholes than for music venues, but we made the trip up to the hidden gem that is Carsons for the end of the first day of their Well Spotting Festival to catch Déjà Vega  and LVLS. 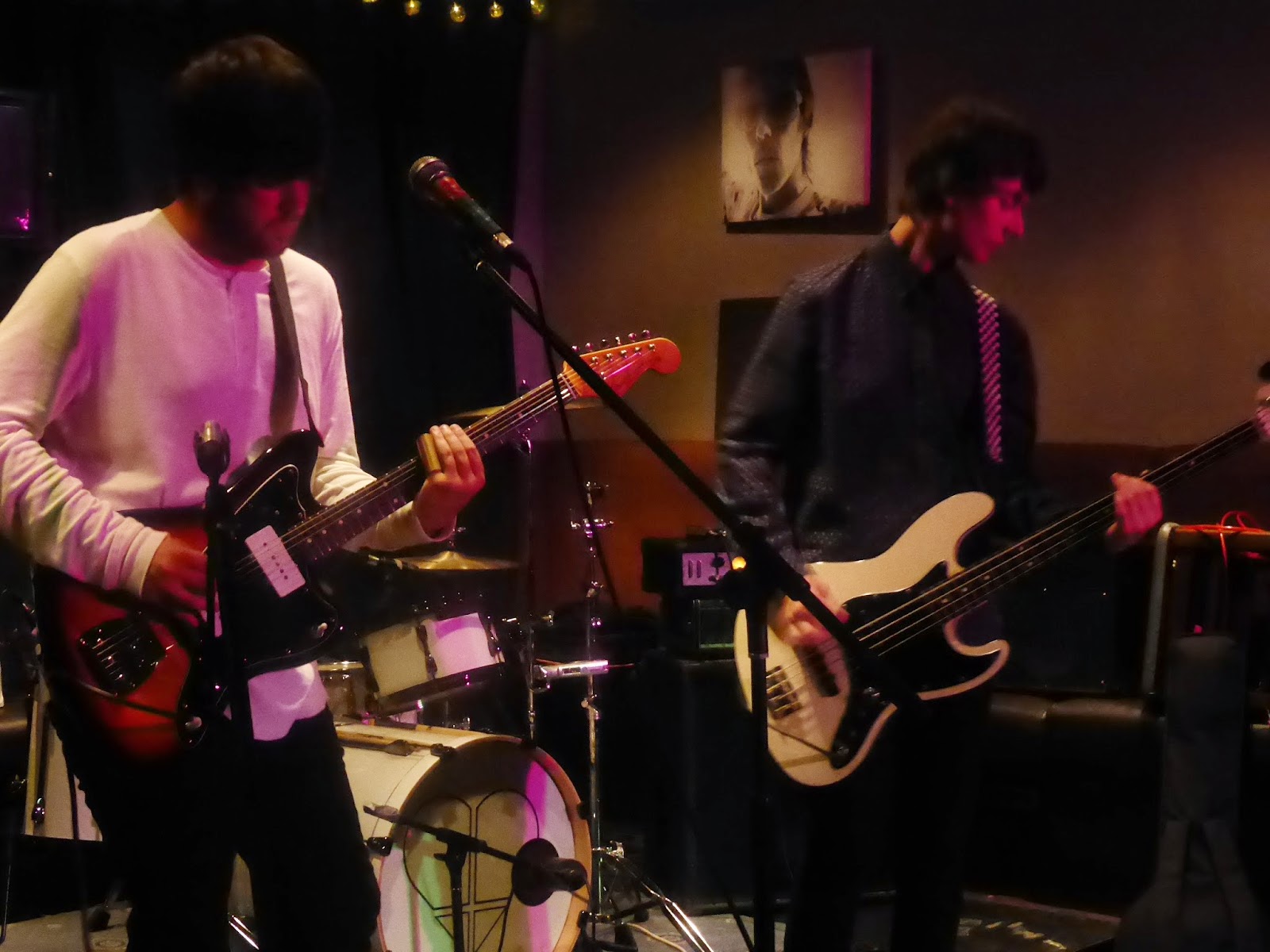 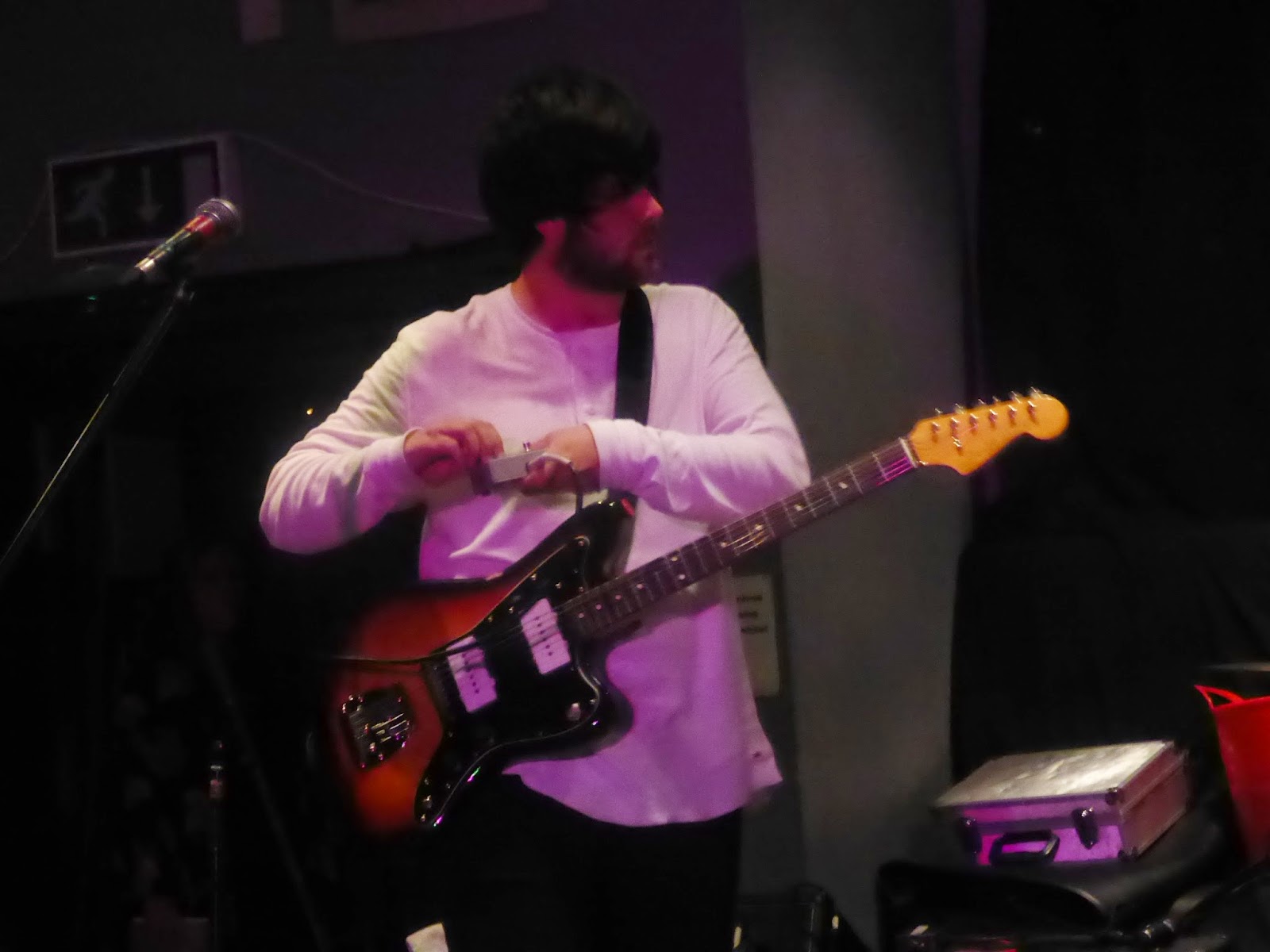 Formed out of the ashes of the short-lived Deadbeat Echoes, Déjà Vega have been around for a while now, yet their only recorded output today is three songs on their soundcloud and they're not pushing themselves on social media.  Consequently, they're building a following the hard way by playing live to uninitiated crowds.

This rather traditional approach to their art is furthered by their no-thrills, plug in and play modus operandi, creating a massive wall of noise around which they carve some ferocious grooves, no more so than on Killer Bee, a six-minute journey with enough ideas for two or three more songs within it.  It's the first time they've played it as it was only written last week.

There's also opener Fun Time Jack, where they waste no time into jumping into a three-pronged aural assault on the senses.  There's no shirking from turning everything up and playing it loud. They end the set with Jack twiddling the effects box to distort his guitar to add even more to their sounds.  It makes everyone sit up, watch and listen, but they'd already won over most of the crowd.

Déjà Vega are a band carving their own identity and not bothering about playing to the cool kids.  It's proper full-on rock and roll guitar music and thank God someone still thinks we need to hear it in 2014. 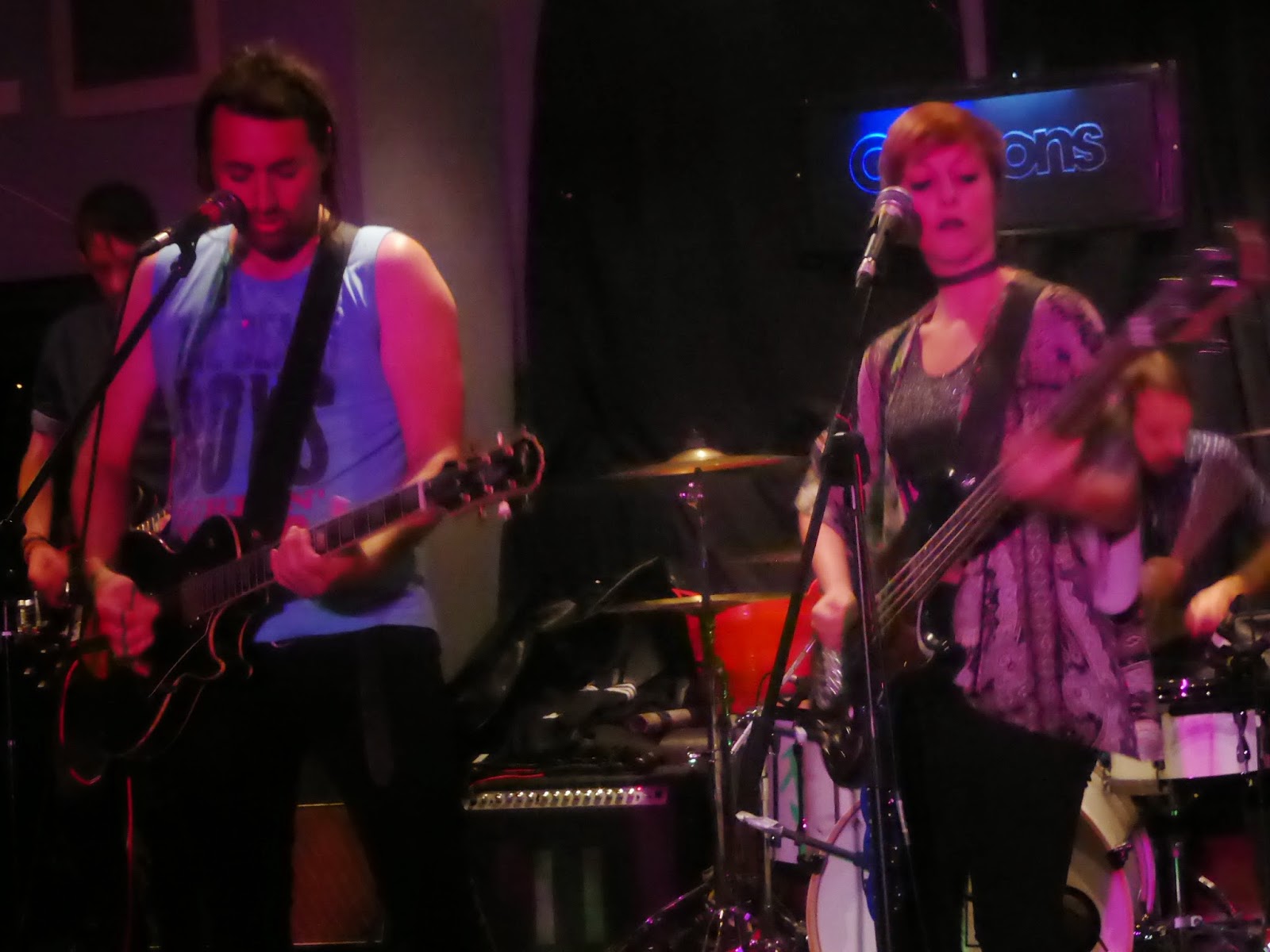 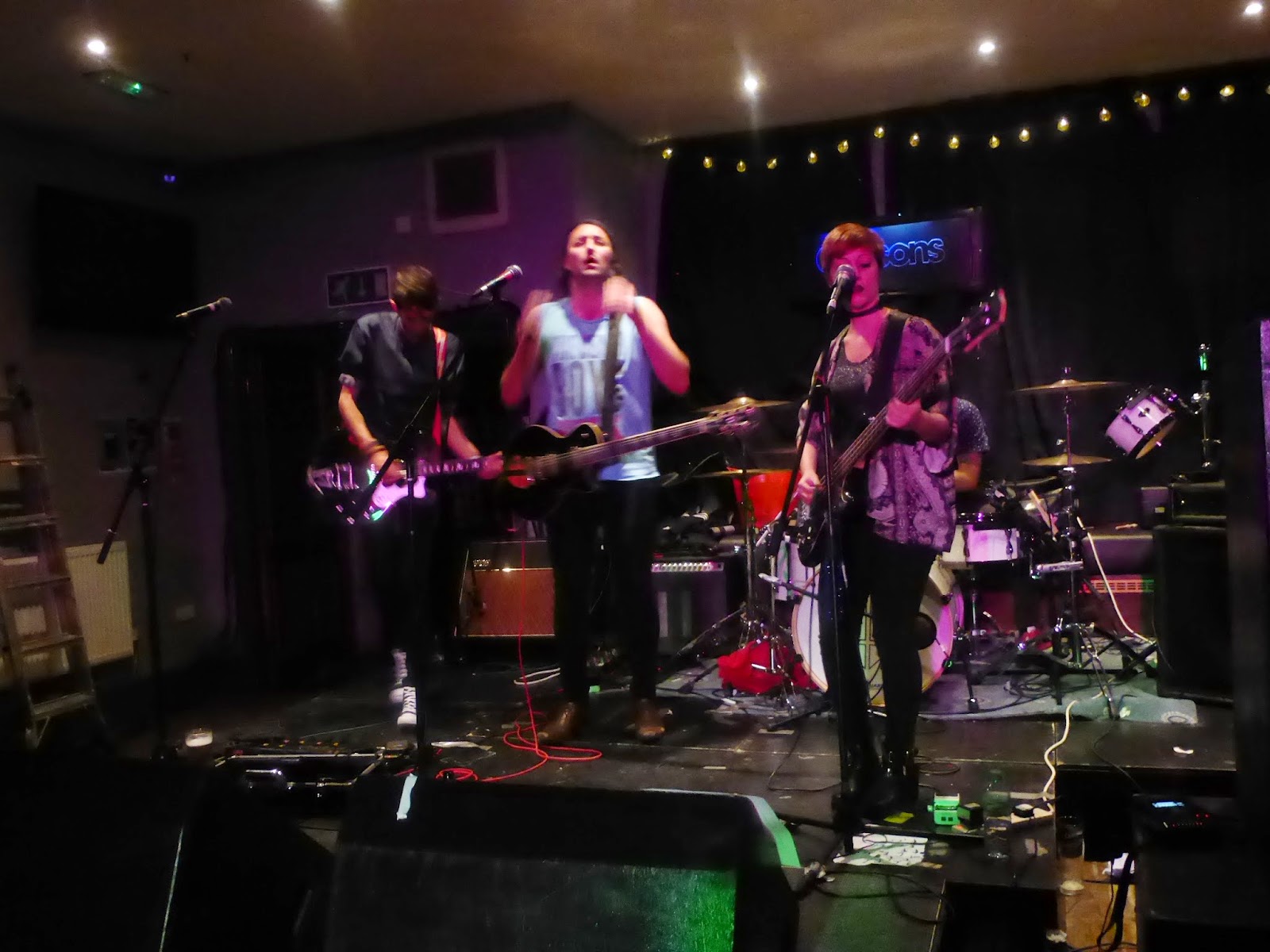 LVLS have undergone a recent line-up change.  They've lost guitarist and vocalist Emily Jane Condon so are now operating as a four-piece.  For a band that thrived on the interaction between front man Jay's style and the harmonies provided by Emily Jane and bassist Charlotte, we're intrigued to see how they have adjusted, but we needn't have worried.

We now get a harder, more direct sound as they play around with the possibilities of their new line-up, mixing five tracks from their first three releases, curiously omitting anything from their recent excellent RIP Joey Fritz EP, with two new songs Hand In Hand and Bastard Song. They fight and beat some sound issues which mean the vocals struggle to get heard early in the set and they win over the locals who've been on the ale all day and therefore may not be the most receptive audience they've played to.

Front man Jay is a natural.  He's not your cool as fuck hipster nor your mod throwback with a tasty suit and a chiselled fringe, but he's very much his own man, from the opening scream of "hey" at the start of opener Echoes through to the end of the set, brash and in your face, just as LVLS are very much their own band. His vocals interchange seamlessly with bassist Charlotte's harmonies and the rhythm section is tight and propels the songs forward.

Their perceived lack of cool may count against them in making a breakthrough, but it, coupled with a set of bold, brash songs, makes them a vibrant and unique live proposition on the Manchester and North West gig circuit.

They played Echoes, Bastard Song, It's Only Love, Blessed, Young And Cruel, Hand In Hand and Glory.