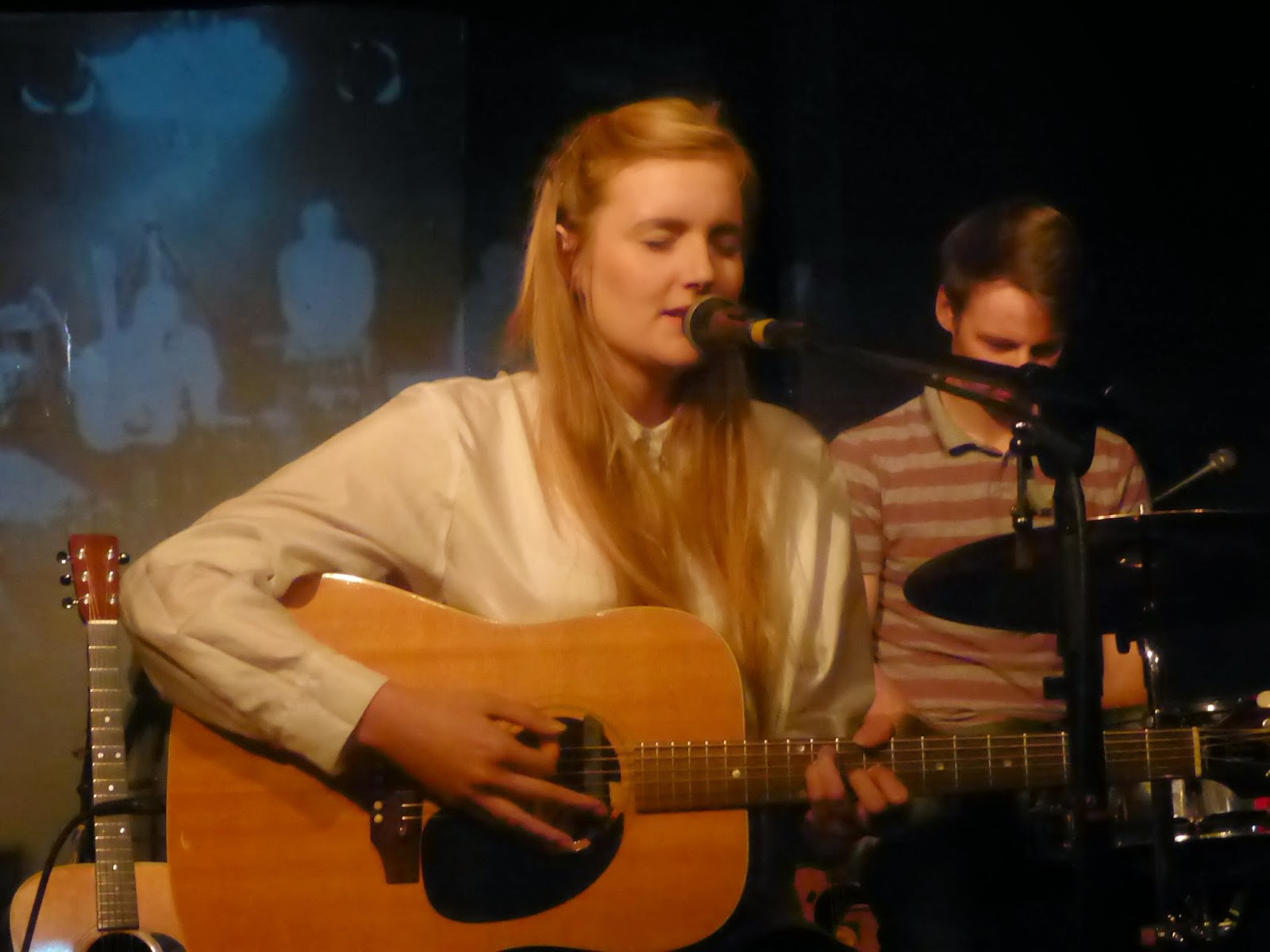 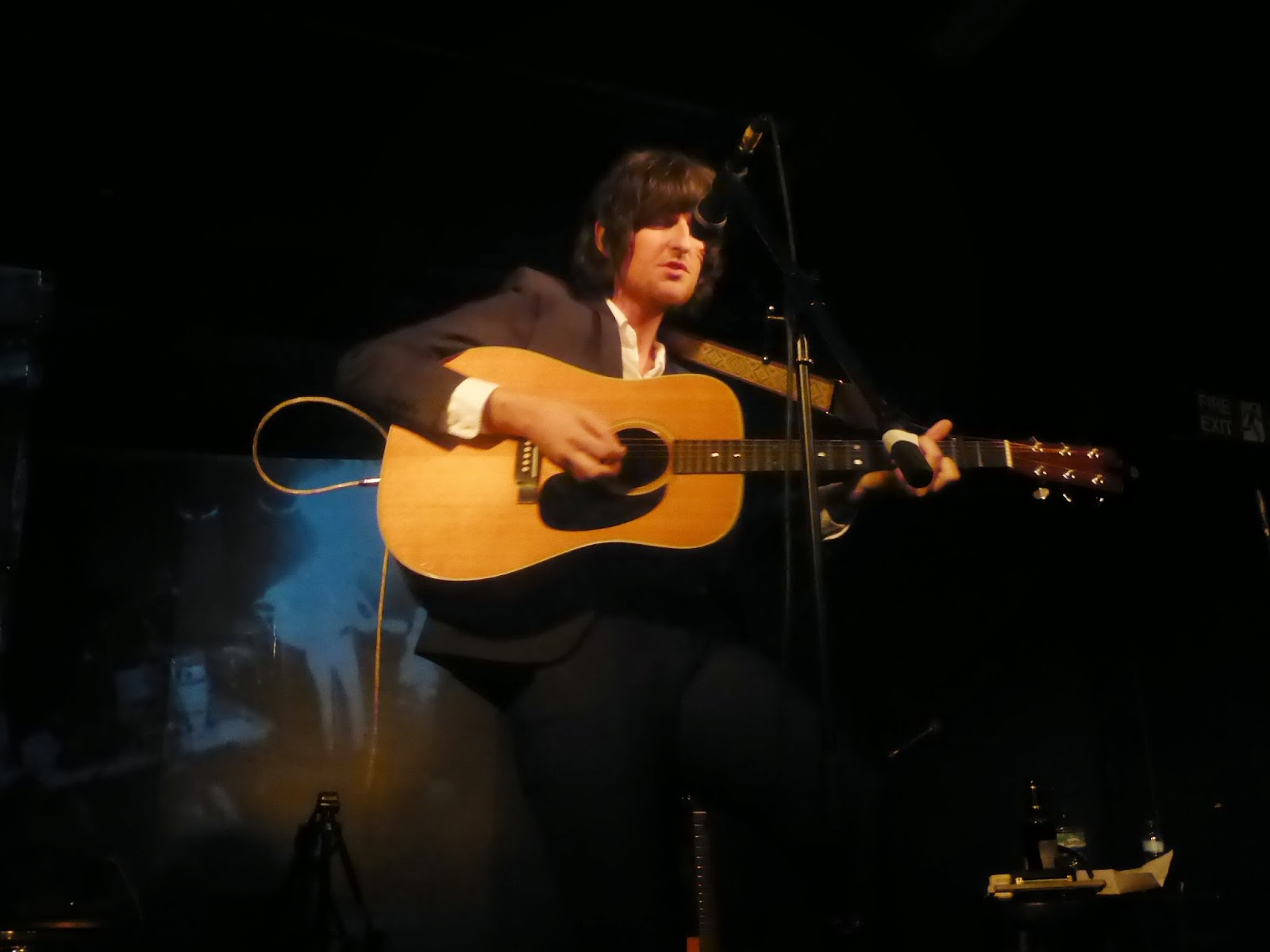 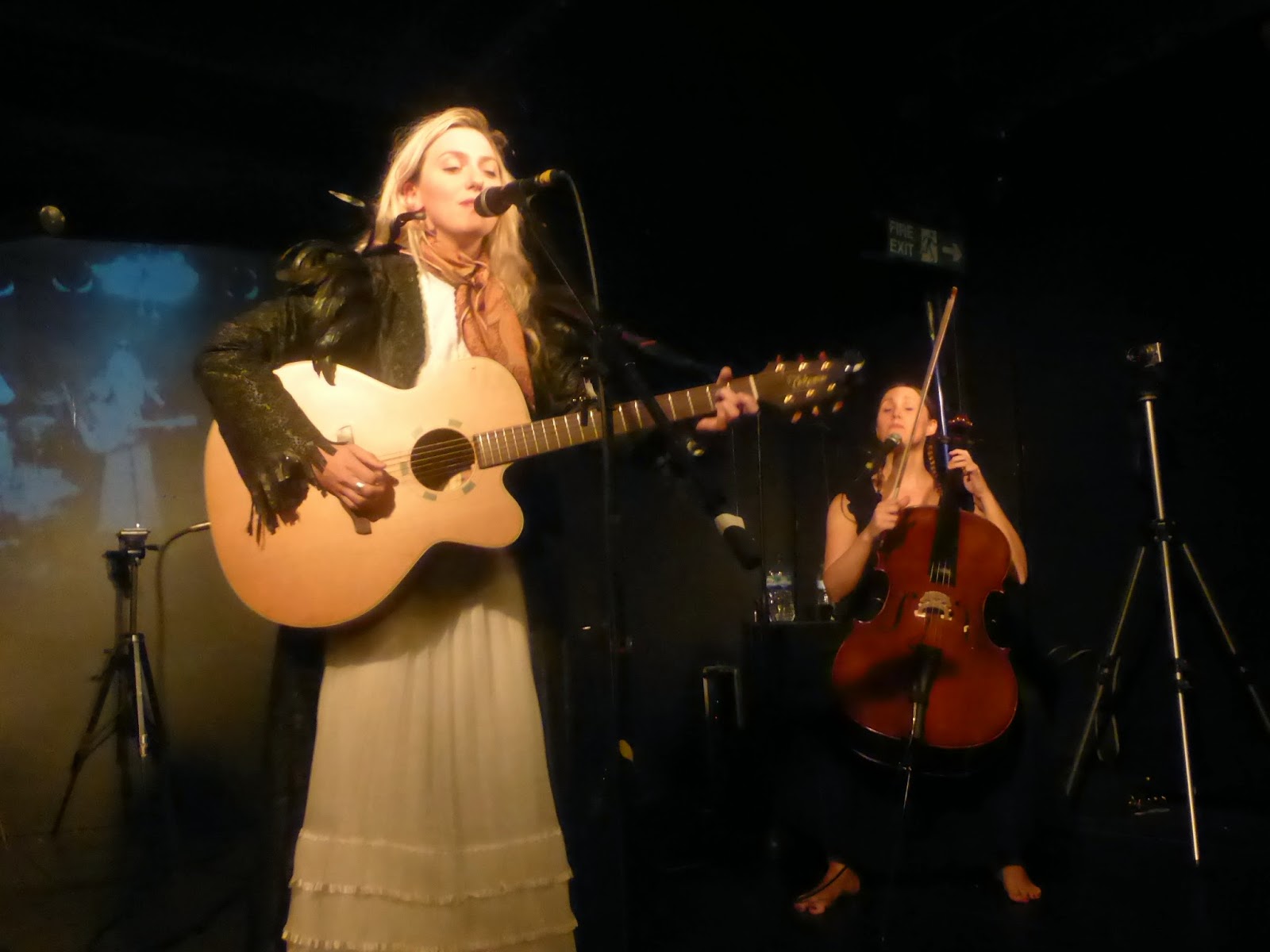 The Three Minute Theatre is one of Manchester' best-kept secrets, a gorgeous, slightly off-kilter rustic theatre nestled in the ground floor of Affleck's Palace.  Last night it was host to three, very different, but equally enthralling artists in Laura James, TG Elias and Little Sparrow. 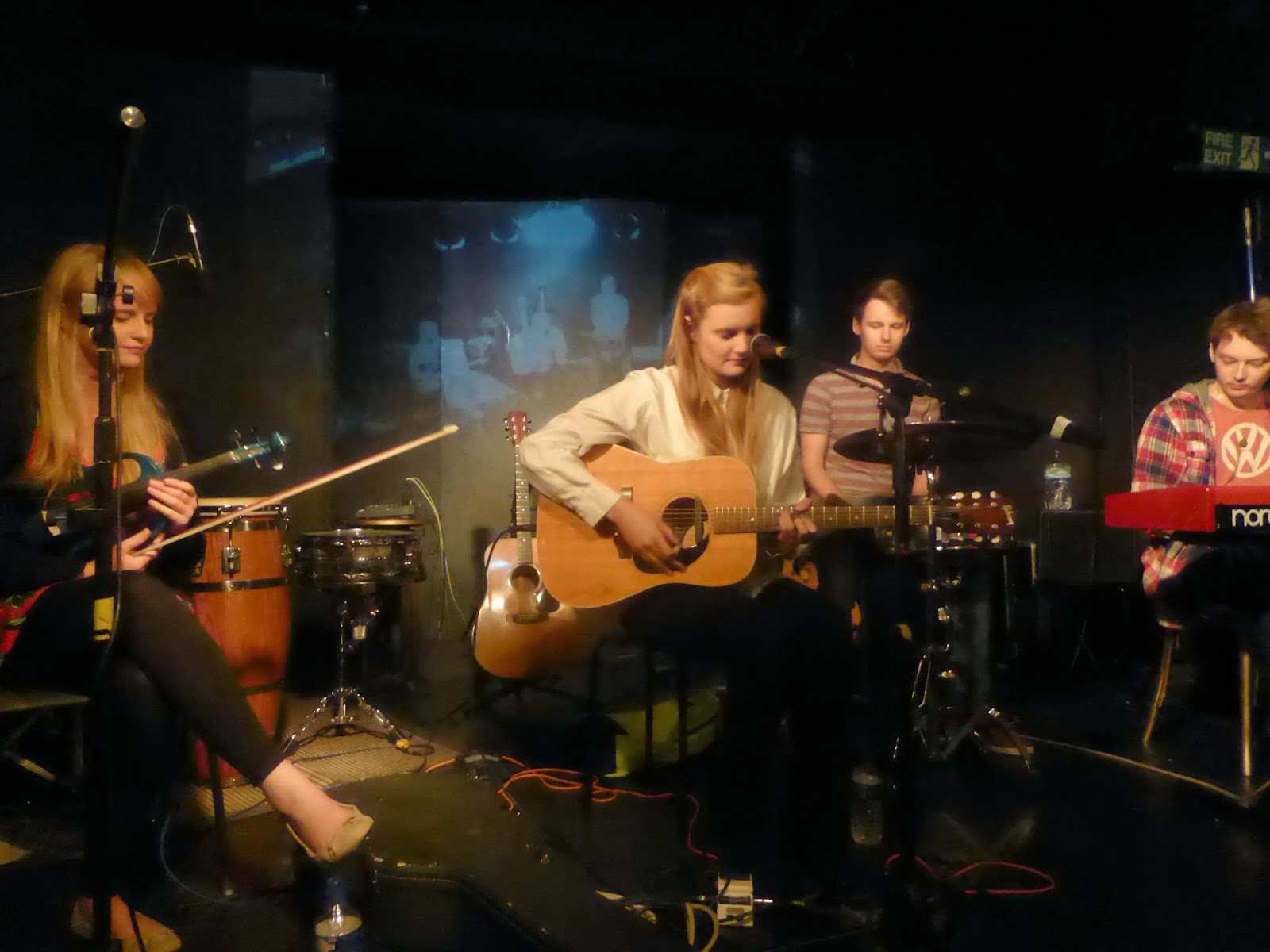 Opening the evening's proceedings is Cumbrian-born but Liverpool-resident singer-songwriter Laura James. She's accompanied by a violinist, keyboard player and drummer.

Between songs she's extremely shy and nervous but this doesn't reflect in her songs. which are bold and confident and with a depth that draws you in and doesn't let go.  The intonation to her voice is expressive and completely contrary to that between song persona.  She does however betrays the innocence she resonates between songs in a song that her Dad, she tells us, describes as provocative, opening with a line "come to bed with me".

Her band provide the perfect backing as well, the flourishes of violin and the more subtle keys and percussion embellish the song in just the right places rather than acting as window dressing, but are pitched just right as to not take attention from her voice.

Her songs deal with many of the themes young singer-songwriters cover, subjects such as the ex-boyfriend in Strangers, relationship uncertainty of Raindrops and characters she's observed such as The Captain, although she introduces a new song called Kites as the first positive one she's written.  However, the real positivity here is a fantastic young talent growing into her craft with enough to set her apart from the fierce competition for attention in a very crowded genre.  She has a new EP out next month which we look forward very much to hearing. 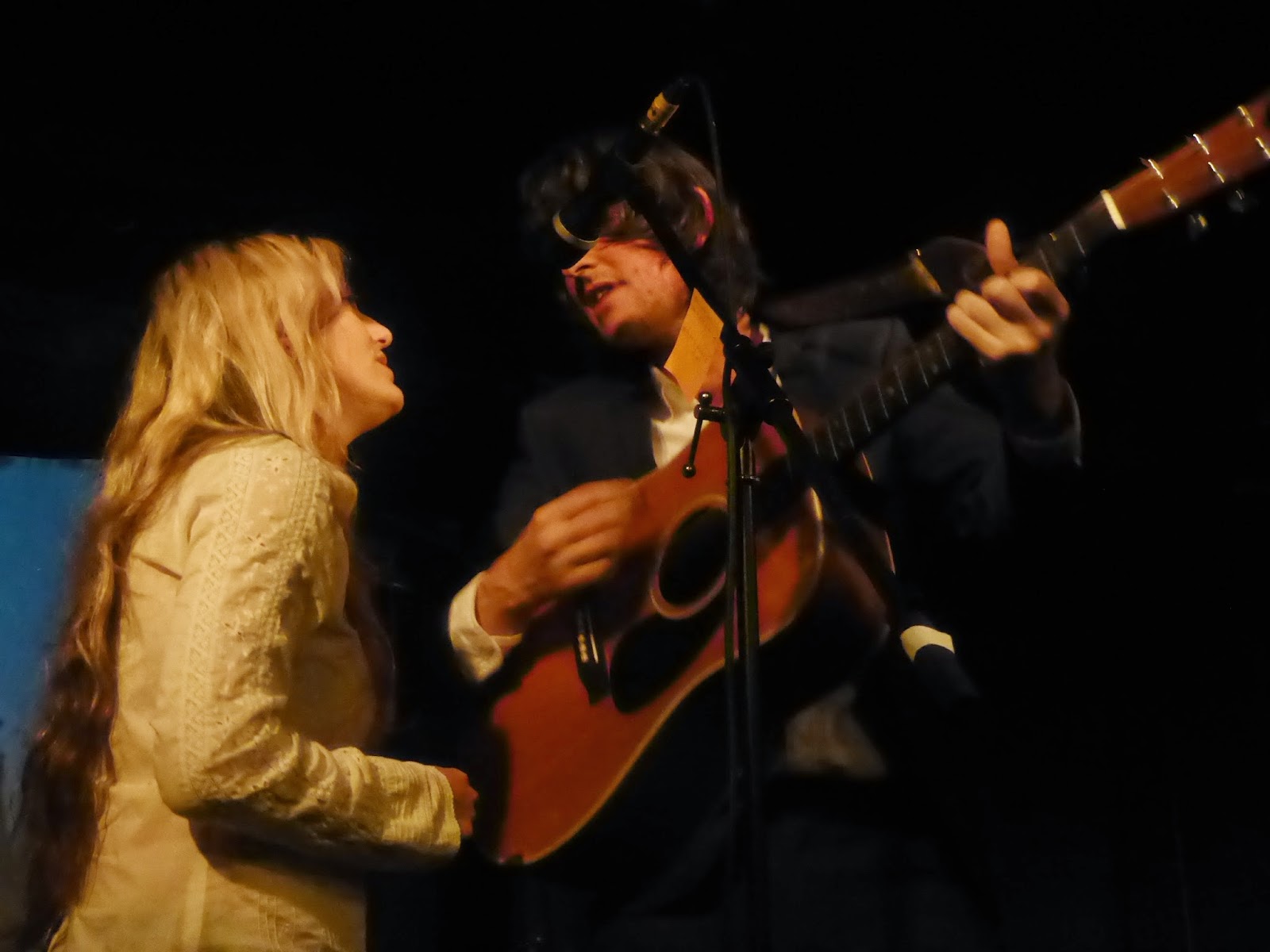 TG Elias has been to America recently and came back having written twenty songs, of which he plays a set full of them to us tonight. We've seen him a few times before, admittedly in small urban festival environments, and never really got him.  It wasn't his songs, because we loved his albums, it just didn't feel like he let go live, but tonight we're astonished by a fire and passion we hadn't recalled from before.

He's blessed with rough edges of a world-weary troubadour with his voice having the gravelly husk of Tom Waits yet retaining his own unique sound and a charm that makes you want to sit down and drink beer with him for hours on end whilst he tells you stories.  He engages the audience with tales of bus stations in Stoke and Plymouth, his new girlfriend making him a packed lunch for the journey from London, takes the mickey out of a mate who turns up just before the end of his set and jokes with Katie (Little Sparrow, who is at least a foot and half shorter) about being Sam Fox and Mick Fleetwood when she joins him for Tales Too True To Tell, which he describes as a "cheesy bollocks" love song.

The songs vary in style from the simple acoustic strum of Bound To Fall and Raven's Eye, the slightly unnerving tales of The Venetian Bullfrog and Low Down And Dirty, the dark bluegrass tints of love lost in The Belle Of Bushwick, through a countrified Broke, Bruised And Busted that you could imagine a room clapping, singing and hollering along to.  He concludes with a completely unplugged cover of Hank Williams' I'm So Lonesome I Could Cry.

We want to go and see Tom (to give him his real name) again and we want to hear these songs recorded and released soon.  You can't give a higher recommendation than that. 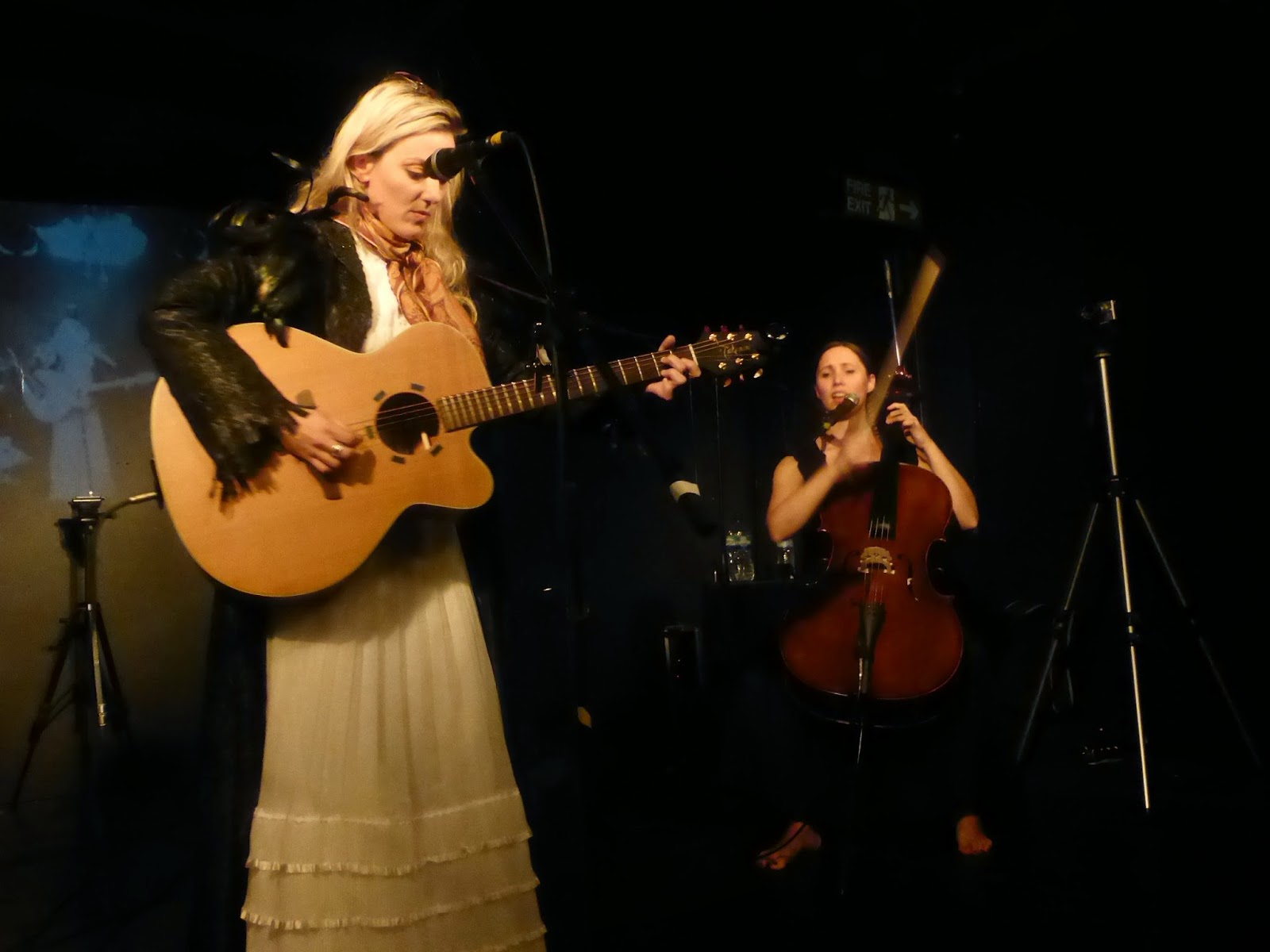 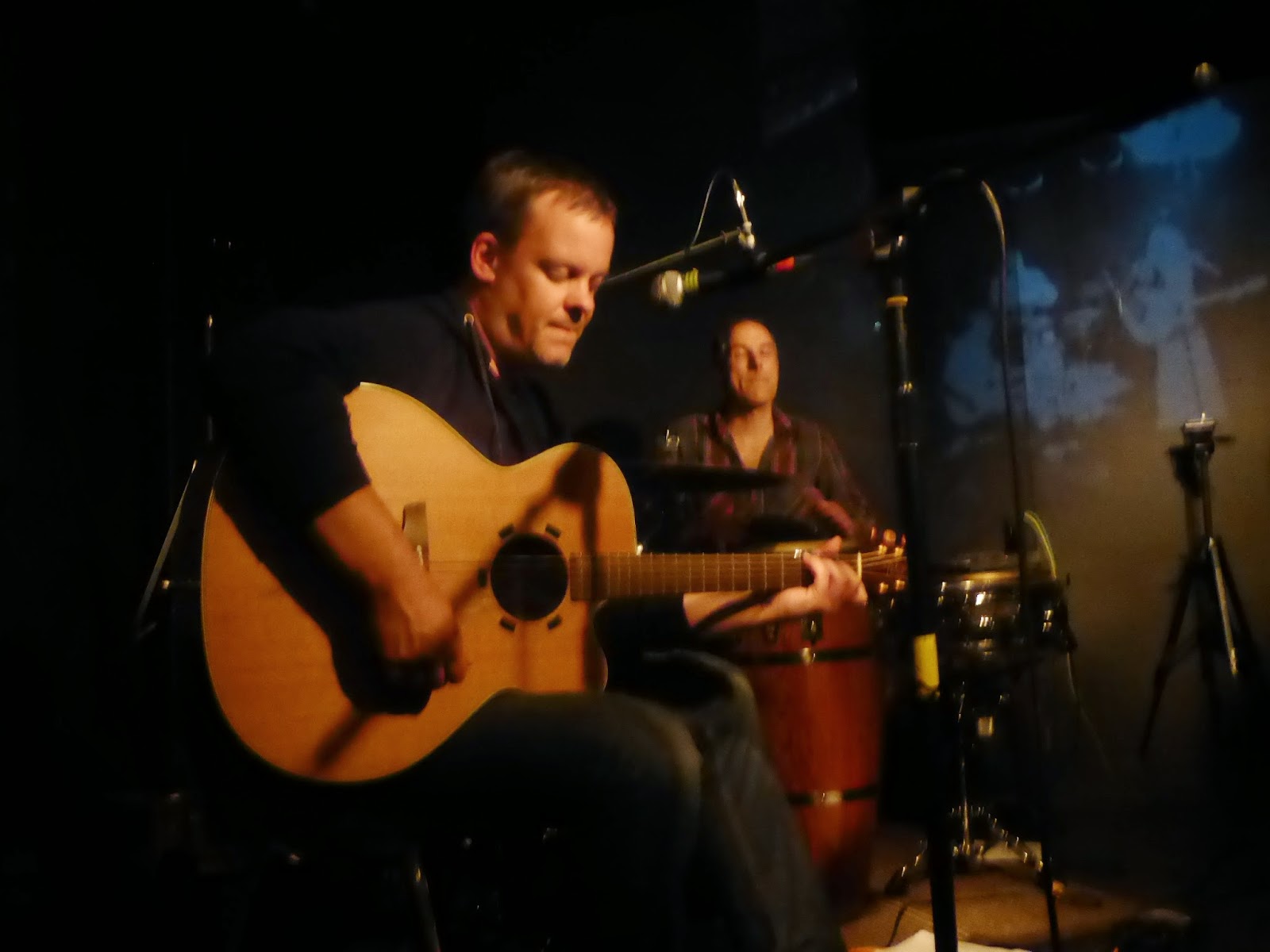 The 3MT is a perfect venue for Little Sparrow (albeit she should be playing much bigger stages than this). Accompanied by Sarah Dale on cello and backing vocals, Mitch Oldham on percussion and Paul Heaton and Jacqui Abbott's guitarist Johnny Lexus, they set about recreating her magnificent debut album Wishing Tree.

For a band that gets so little time together due to other commitments, there's an intuitive connection between the four of them that you only get with accomplished professional musicians.  Whilst staying true to the recorded versions, the live performances enhances them, bringing into stark focus the teasing interplay between Katie and Sarah's vocals, particularly on By My Side and Sending The Message, two of our favourites from that album.  Next single, Wishing Tree, which has already gathered acclaim and airplay from Radio 2's Janice Long, is sure to win her new fans and spread the word still further.

The songs peak at the right time and in the right places, whether that be through cello, Johnny's acoustic guitar, Mitch's wide array of interesting percussive instruments or a combination of the three, allowing Katie to show off her incredible opera-trained voice that draws so many into her nest.  Her inimitable Cockney turned Mancunian charm oozes out between songs as she explains stories behind most of them whilst engaging with both her band and the audience.

In all, a most entertaining evening with three top notch artists, each different in their own way, but whom fitted together on a well-curated bill in a fitting venue.