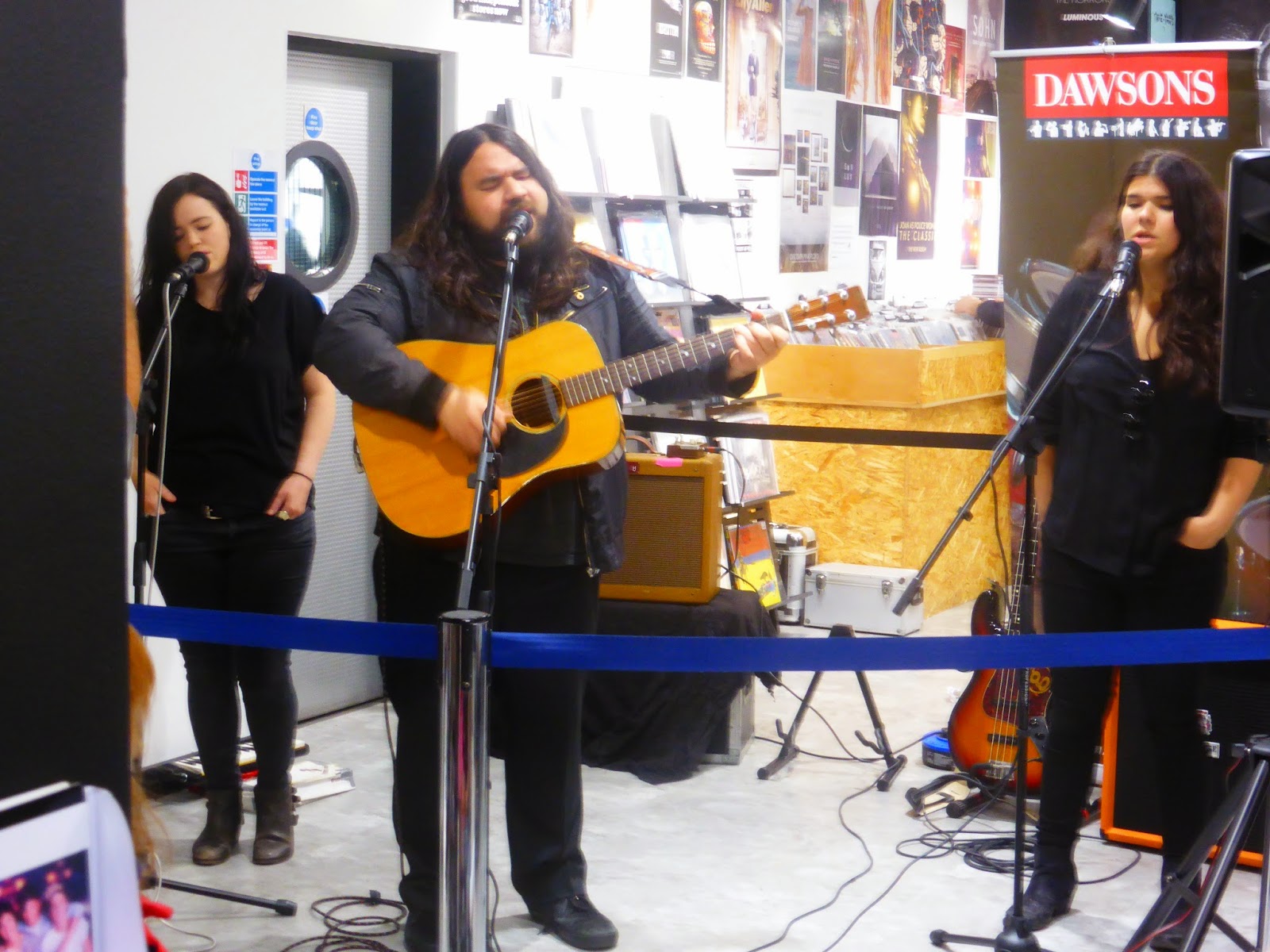 In-store gigs are coming back into fashion as bands recognise that going and meeting their public is a sure-fire way of getting them to buy physical product.  We nipped up to Warrington to catch the Magic Numbers charm the locals with songs from their new album Alias, out this week.

Fashionably late after a drive up from Bristol which was yesterday's last stop on their whirlwind 10 store 5 day campaign to promote their wonderful new album Alias (review here), three quarters of The Magic Numbers plugged in to play to a mix of fans, curious locals, kids on school holidays and a few snatching a glance during their lunch hour. 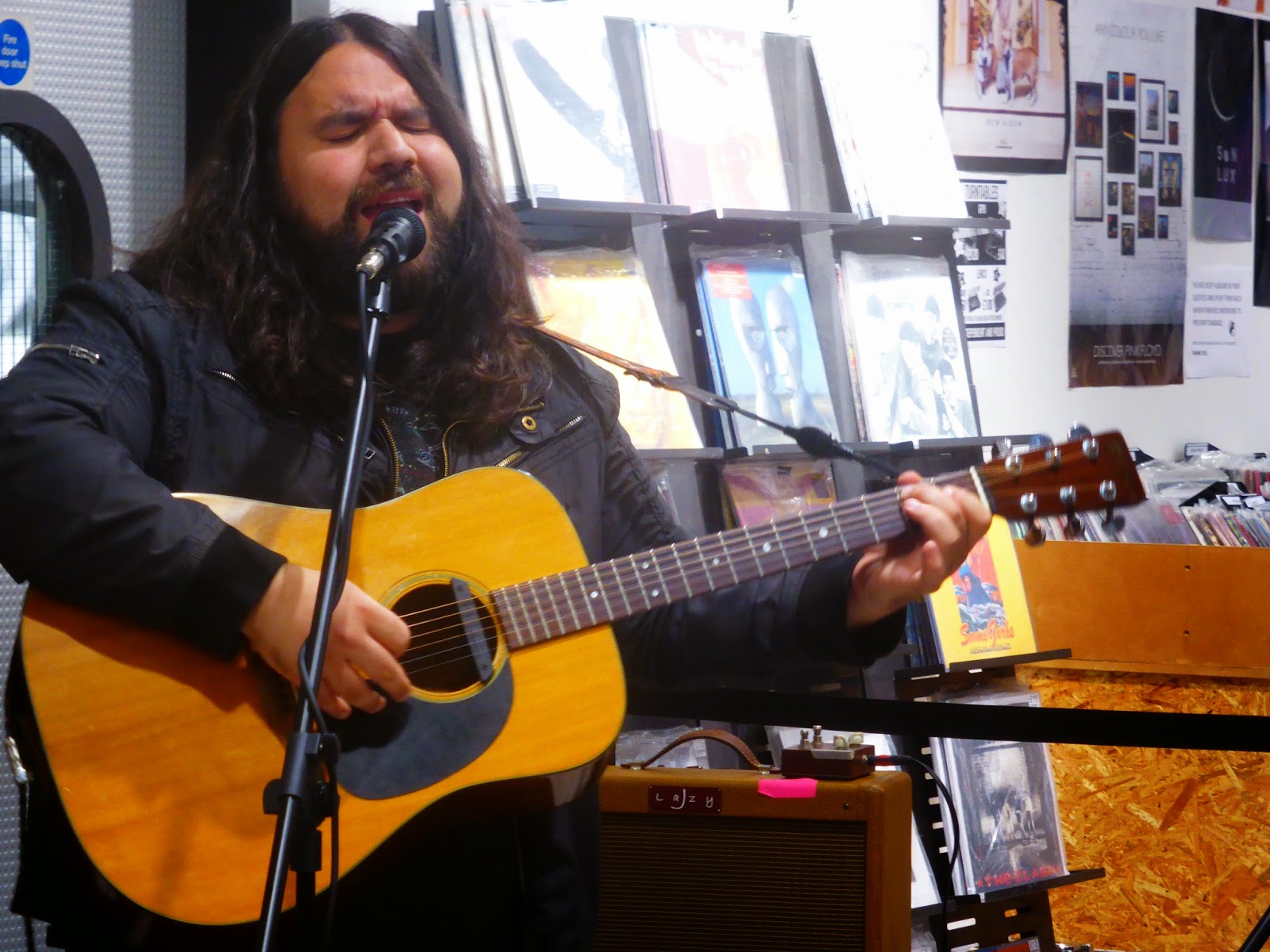 One of the great things about The Magic Numbers is that they're genuine lovely people and this shines through during the set and the signing that followed, both Romeo and Michele asking if kids were alright and Romeo high-fiving some of them who stuck around for the signing, ensuring everyone got what they wanted signed and treating everyone like they were old friends, even joking that they'd try and cover any song shouted out to them.

They play four songs in total from the new album plus a classic single and a cover, opening with lead single Shot In The Dark, one of their most accessible radio-friendly singles for years and one that works perfectly in this slightly stripped back environment.  One of the great things about them live has always been the interaction between Romeo, Michele and Angela's vocals and this song is no exception to that.

They encourage audience participation in the next song Roy Orbison, also from Alias, as Romeo asks the crowd to cheer when his name is mentioned in the song, and repeats the section when he decides it's not loud enough.  The song has all that gorgeous melody and harmony that you expect from them, even in the unnatural environment, and it must be in contention for the next single. 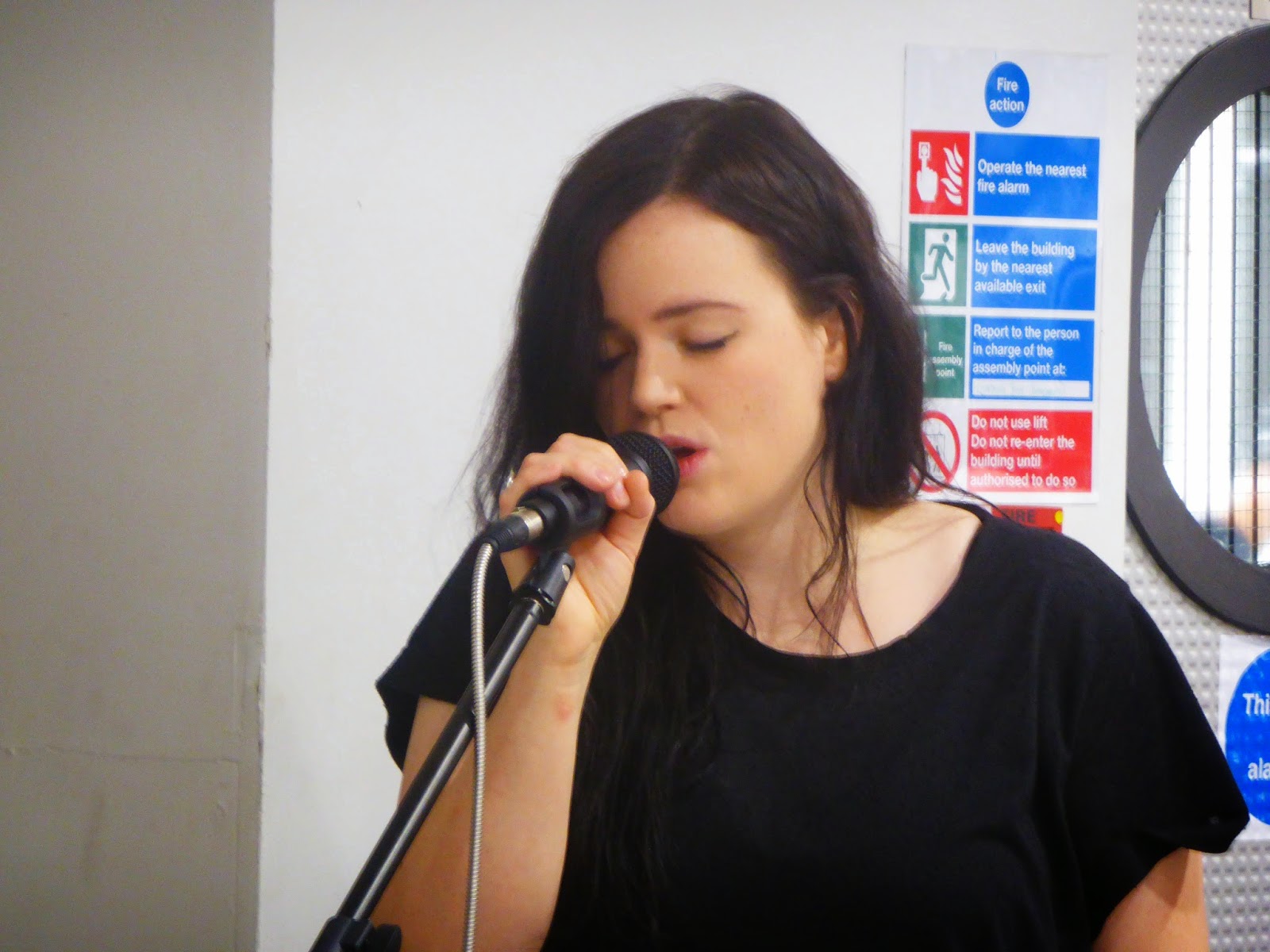 Angela takes over lead vocals on the next song Thought I Wasn't Ready after some gentle ribbing from Romeo about her not talking on microphone.  Whilst she might be a little coy in that respect, she isn't vocally. With Michele having done a fabulous solo album Wide Eyed Crossing last year it was a real surprise that Angela hasn't branched out and made her own, especially as the songs she sings with the band are ones that often go down the best live.

Romeo talks about the tour they've just done with Neil Young in Europe and how he was one of their idols. They are great believers in not being afraid or embarrassed about having influences, having covered both Harvest Moon and Cowgirl In The Sand** of his in the past as well as the likes of Magnetic Fields, Ian Brown, Bob Dylan and Bruce Springsteen.  Today they cover Skeeter Davis's End Of The World, complete with Angela doing the spoken word section.  It's true to the original, but with their own stamp on it.

Next, Romeo asks for requests and before he can even finish his sentence, a lady at the front has shouted Forever Lost.  No one seems to mind as it's their best known song and it induces some of those around us to sing along, some better than others we hasten to add.  It's a reminder of how just how big they were, selling out the 2,000 capacity Forum before having released an album on the back of this single. 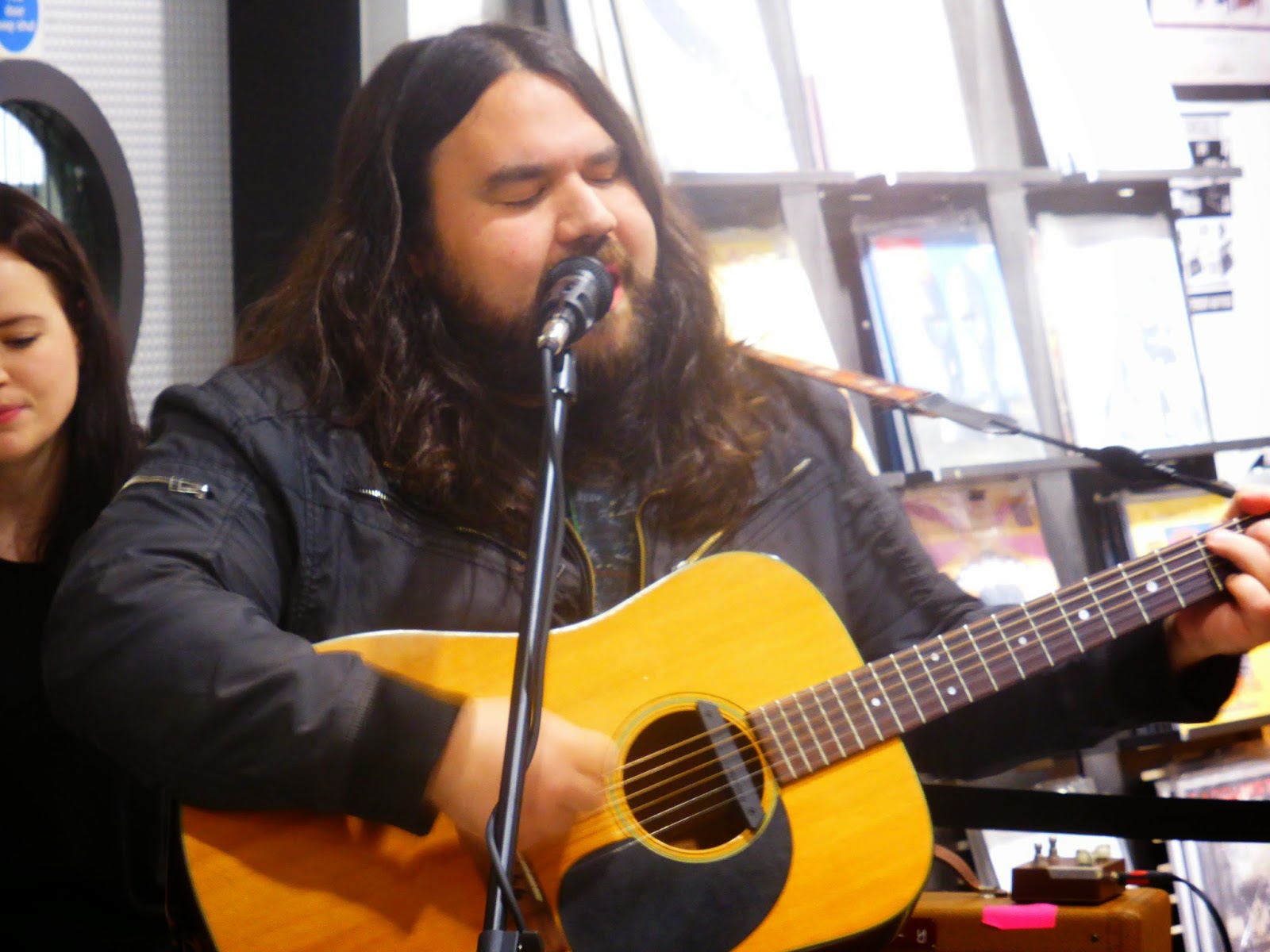 It also allows us to contrast this with their final single E.N.D.  Like Shot In The Dark, it's perfect for that Radio 2 audience that ten years ago picked up Forever Lost, and if you put the two together in a darkened room with a stranger, they might not be able to tell which one was the big hit.  It's a sad reflection that music has moved away from great hooks, classic harmonies and tunes to being more fixated by reality TV and some bloke (it's usually faceless blokes) pressing buttons on a laptop.  But it's refreshing and reassuring to know there's bands like The Magic Numbers keeping those traditions alive despite it being a much harder slog these days.