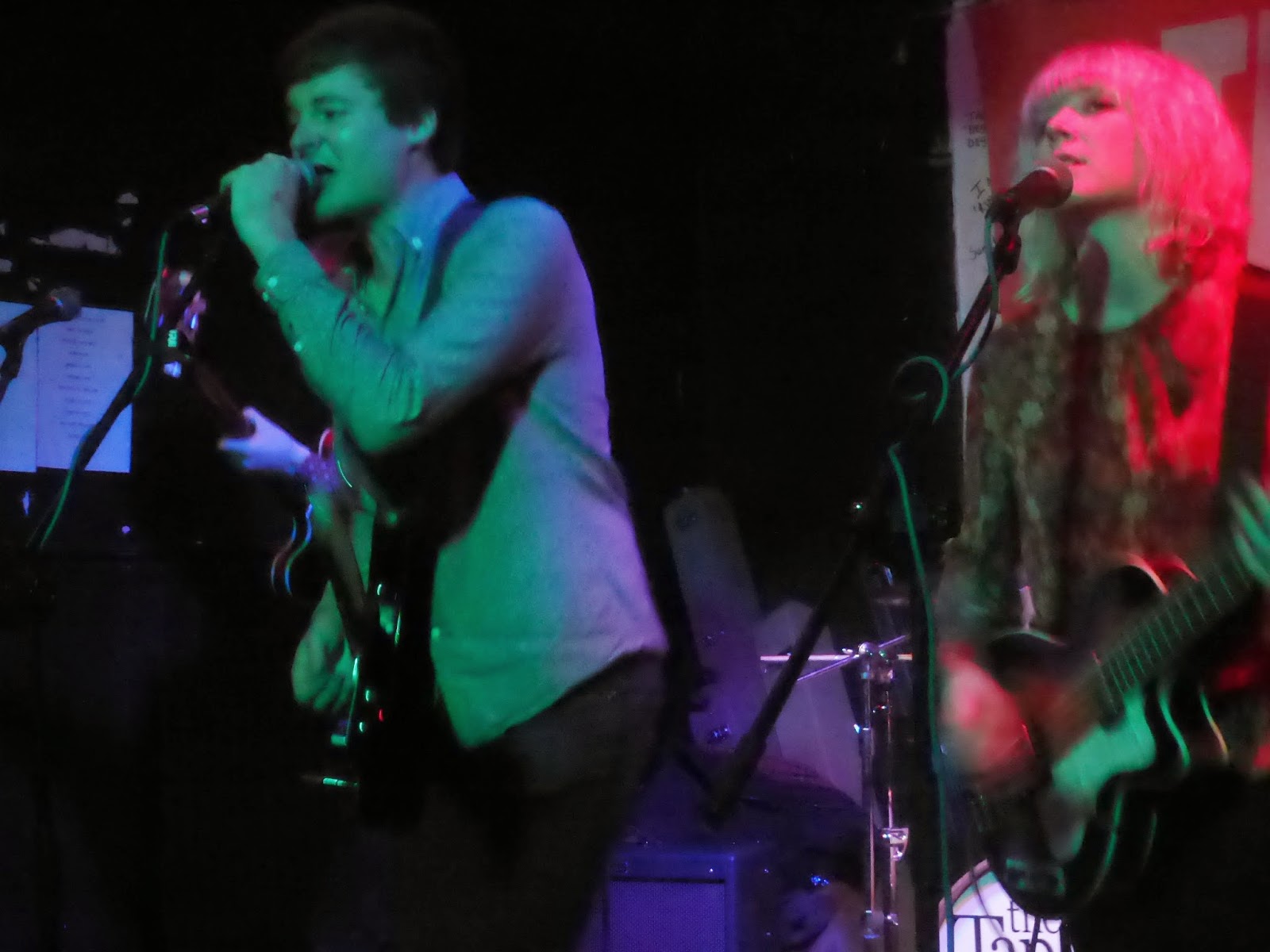 Ahead of going into the studio to record some new tracks, The Tapestry helped relaunch The Moon And Sixpence in Glossop as a music venue with a short set of their soon-to-be huge anthems.

For long-term fans of The Tapestry, it's been frustrating to see them build a fabulous set of songs and not do much with them other than gather a growing band of admirers in Manchester and further afield.   But with the release of Right As Rain earlier in the year and studio time booked it looks like their time may be coming very soon. 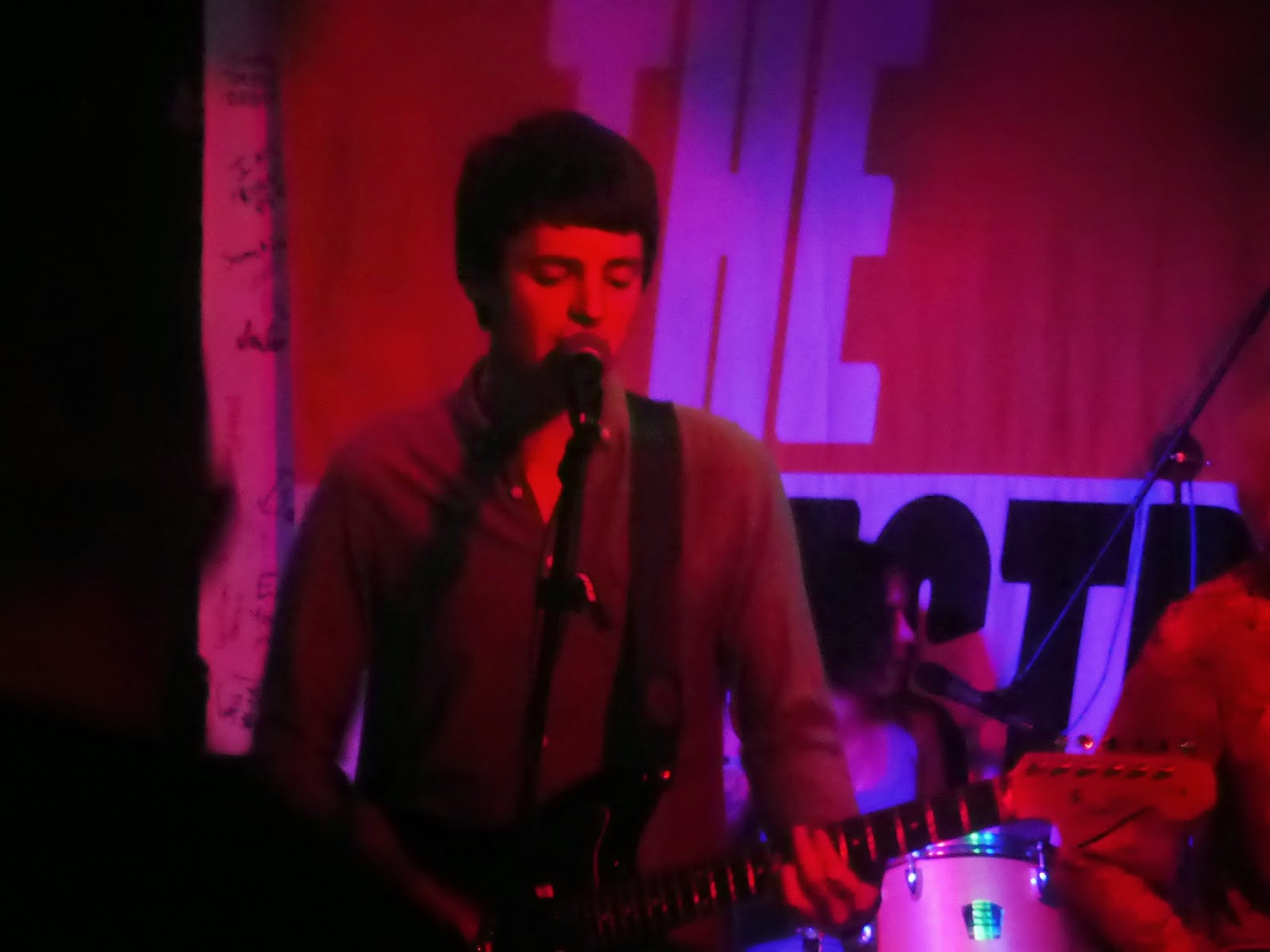 Everything that's so great about The Tapestry is encapsulated in their opening song Beating Heart, its furious pace driven along by Zara's drumming and Dyna's guitar, Liam developing the star quality, both vocally and in demeanour, of his more famous namesake without the empty gestures and Katy, strutting as cool as f**k, adding backing vocals which bounce off Liam's perfectly as well as holding the whole thing together with her bass lines. 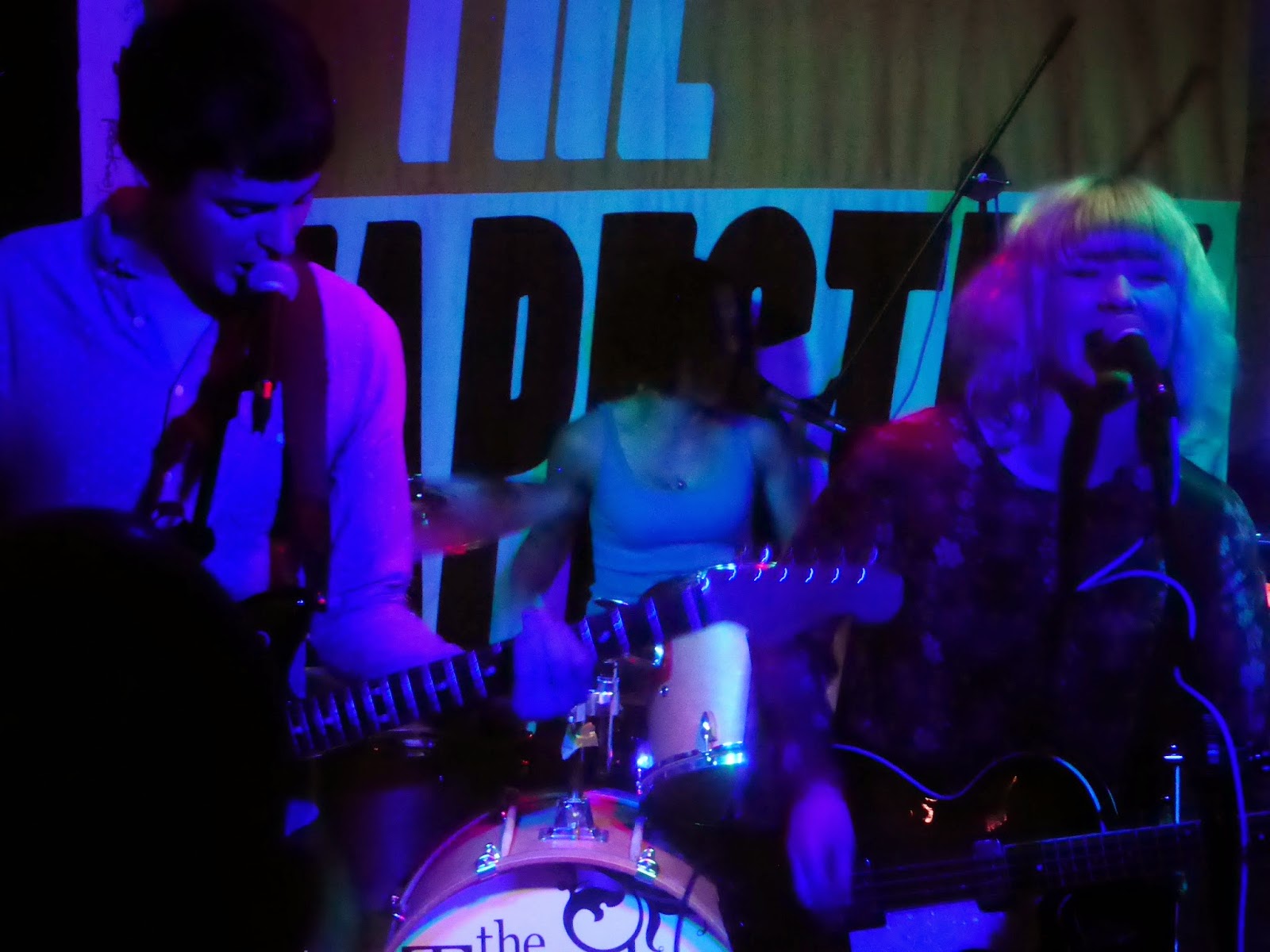 Next up is the relatively new Look Out, which is a massive marauding monster of a song. It grabs you by the throat and makes you listen to it, demonstrating that their songwriting is developing rather than standing still. Infatuation is in a similar vein, but whereas you can watch a guitar band and songs are indistinguishable, every Tapestry song has an identity of its own.  Right As Rain, with its impossible not to sing "woo hoo" section and chorus was the first recorded output of this line-up earlier this year and is a taster of greater things to come.  It's a sound made for big spaces and it feels like it's a matter of time before they grace them. 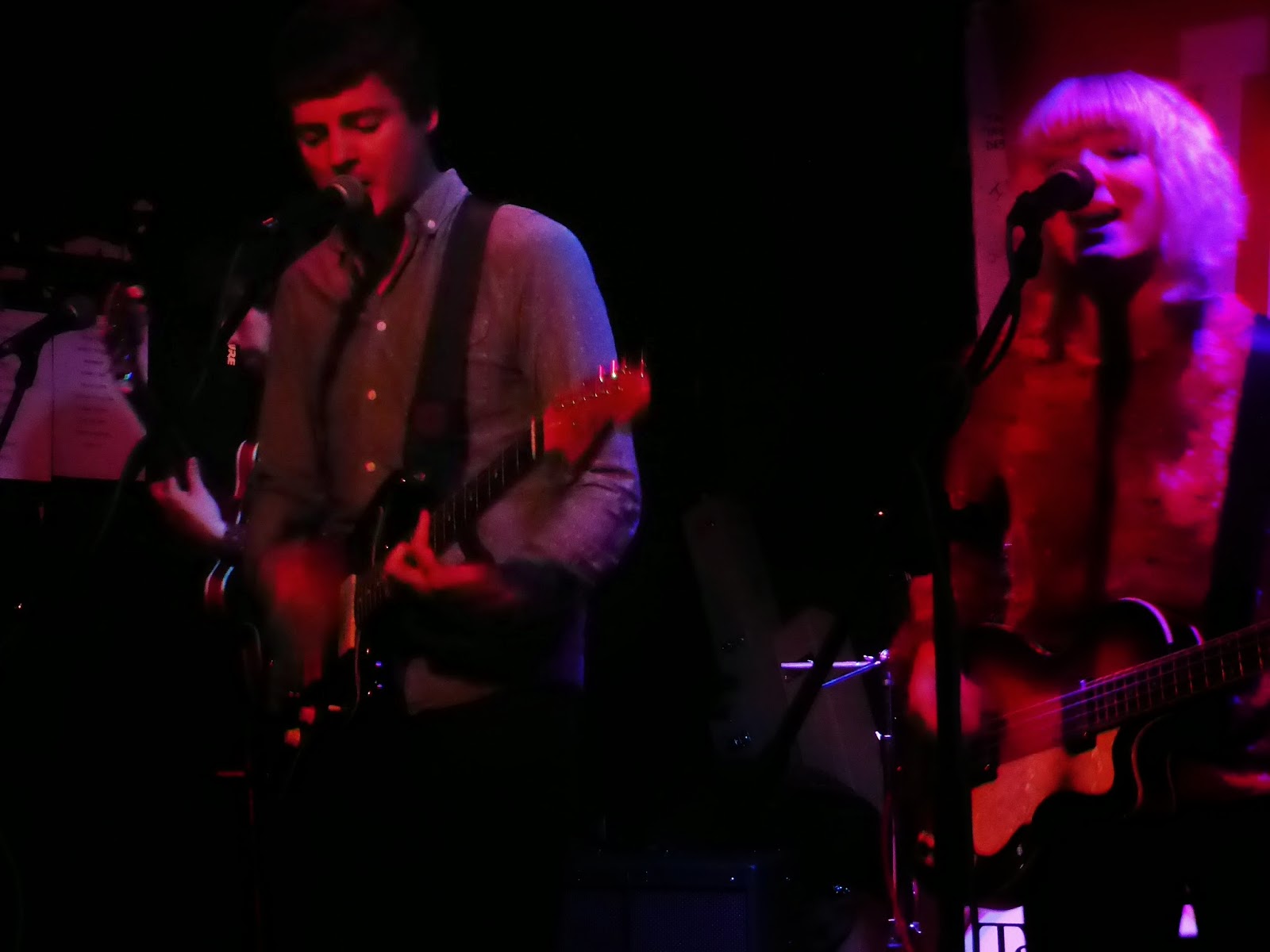 Their older material, such as We Talk, My Phoney War and Rode Your Luck have all developed as the band have got more confident and the relationship between them is far more intuitive but it'll be interesting to see if they actually make it when we finally get a Tapestry debut album, such is the quality of the new material.

Their crowd as ever is entertaining.  Whilst there's none of the audience stripping naked and climbing on stage that we witnessed last year, one of them insists on high fiving the band at every opportunity. Fortunately, they're used to such shenanigans so it doesn't put them off.

The eighteen months since Zara completed their jigsaw have seen The Tapestry move from one of a raft of indistinguishable four pieces knocking around the Manchester gig circuit to something quite special.  We expect big things in the next year or so.

They played Beating Heart, Look Out, We Talk, Take Turns, My Phoney War, Infatuation, Right As Rain and Rode Your Luck.