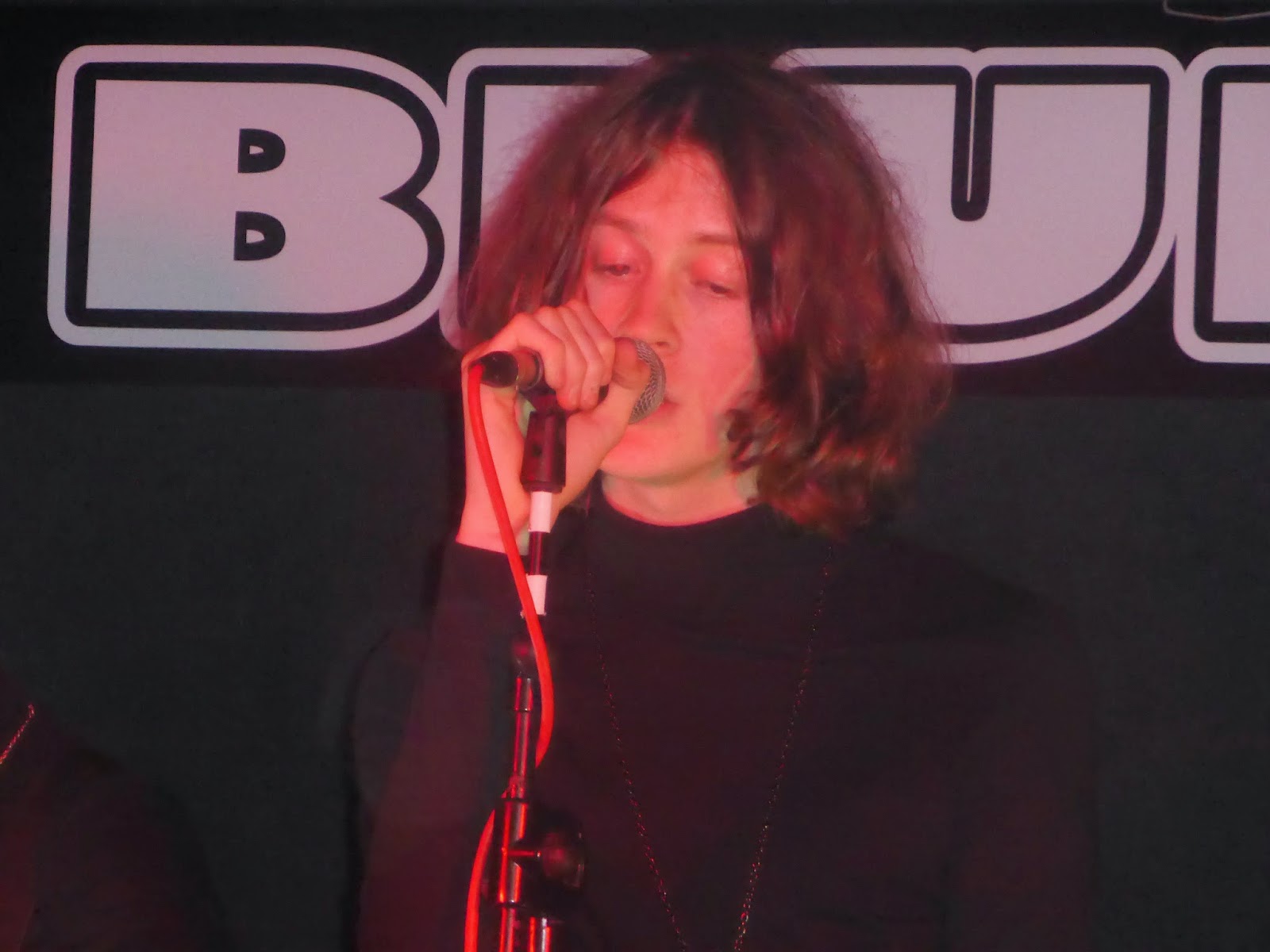 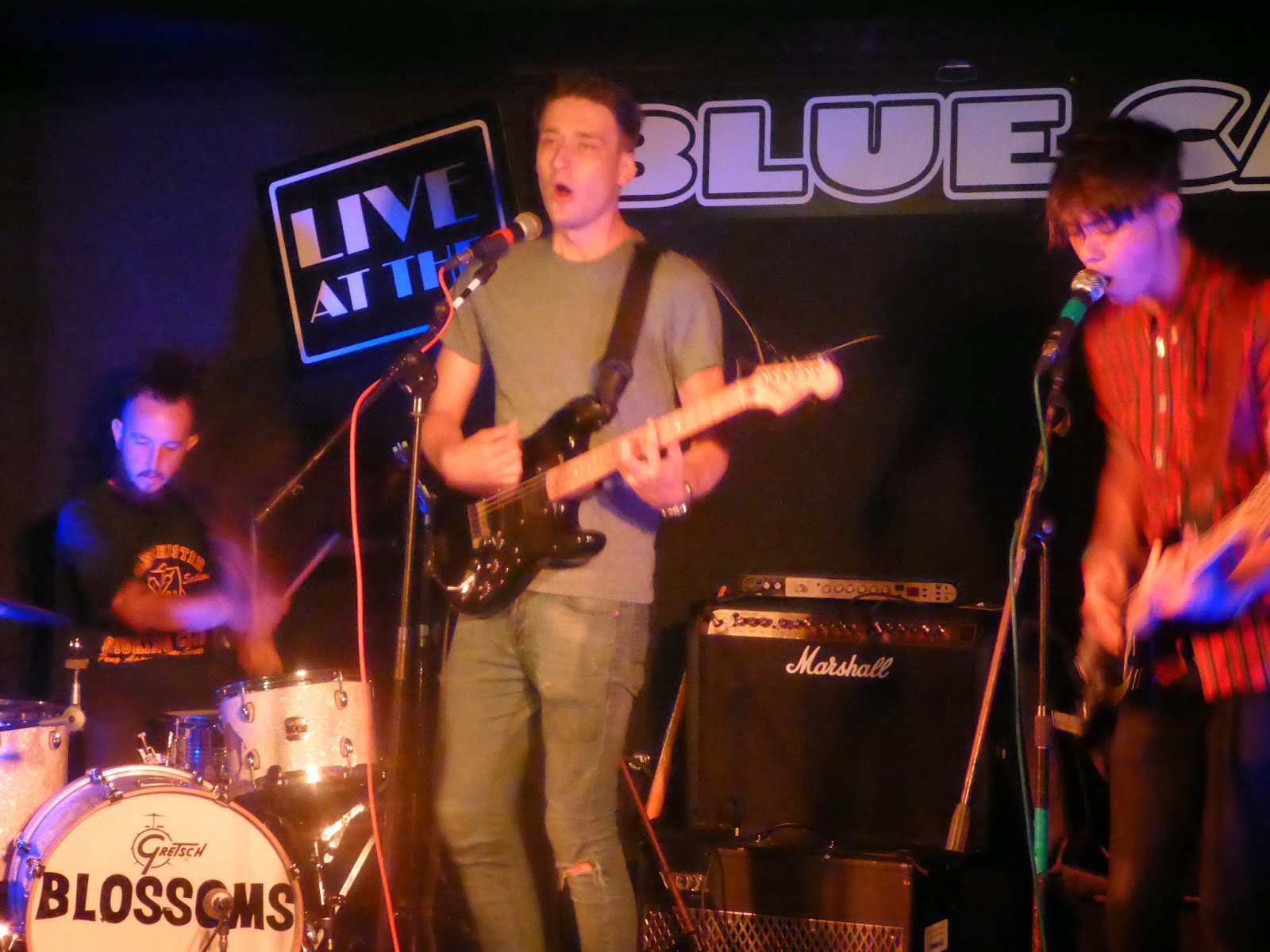 To play in front of 8,000 people before your debut single has even been released is something special. Blossoms did that the other week supporting James, but they've now booked in a more intimate residency at the legendary Blue Cat Cafe in Heaton Chapel, close to their hometown of Stockport.  It's full to the rafters and Even The Stars went along to see them justify the building hype around them.

Tonight is Blossoms' night.  The venue is packed by the time they come on, people are standing on seats to get a better view, pushing their way forward as the band make their way through the crowd to the tiny stage that they've already outgrown, literally and metaphorically, for a forty minute journey through songs that are going to be setting the musical agenda in 2015. 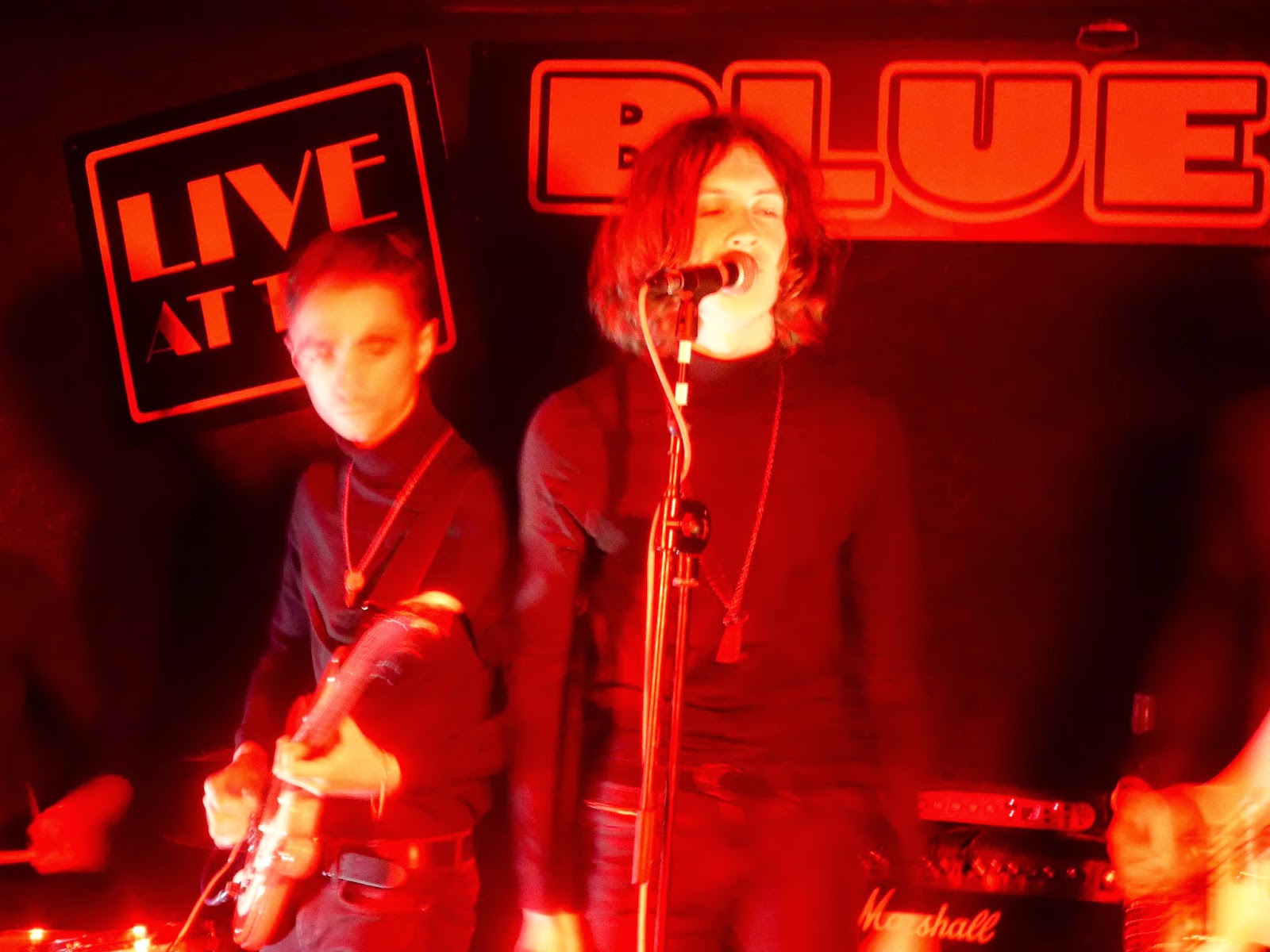 This is a band that already has everything it needs to be huge.  They're a gang of mates who've found their way via various other bands to be together.  They dress as one in black turtle necks in the way bands used to.  They tip their hat to all their influences, but fuse them together to create something that sounds original yet comfortingly familiar.  It's a mean trick to pull off and the mark of a really special band.

Even their intro tape marks them out, coming on stage to the strains of Blue Velvet.  They recently described themselves as Ethereal Nostalgic Sonance, which sounds extremely pretentious. However, when you listen to them live you hear it, in Myles's organ which takes you back to elements of the very best of The Doors fused with the garage sound of early (and new) Inspiral Carpets but which isn't allowed to dominate the sound in the way lesser bands allow one instrument to define their music.  They tip their hat to an incredulously wide spectrum of bands and genres but their finished sound is uniquely theirs.
The set features all three tracks from their very limited gig-only EP that circulated at the start of the year and which started the buzz around them.  Whilst Madeleine, Cut Me And I'll Bleed and You Pulled A Gun On Me started the crescendo of love for them, their songwriting is still progressing as the rest of the set already sounds like the basis of a classic debut album.

Scattered Rain and Come Sunday show off a fiercely tight rhythm section of Charlie's bass and Joe's drums, which are as comfortable dictating the tempo of the song as they are supporting Myles's organ sprawl.  Josh provides lead guitar, accompanied on some songs by front man Tom and they are given rare freedom for guitarists to either paint subtle patterns over songs or let loose.  In front man Tom they have an accomplished vocalist and future pin up for teenage girls with his slightly shy on-stage persona contrasting with his direct vocal style. There's an intuitive feel to what they do, something that comes with a band being best mates as well as band mates.

Lava will be their I Am The Resurrection, not in how it sounds, but how the eight minutes plus with breakdown in the middle will be that defining song at the end of the set that lets the band cut loose and sends people home buzzing as it did the Blue Cat crowd.

People are going to fall head over heels with this band. From the minute they strike up to the closing notes of Lava you can't help but tap your feet, you want to sing along too because it feels like you know the songs already, but that will come soon. Catch one of their three remaining residency shows before they're on the big big stages in town.

Blossoms played Goodbye, The Urge, You Pulled A Gun On Me, Scattered Rain, Come Sunday, Cut Me And I'll Bleed, Madeleine, Blow and Lava. 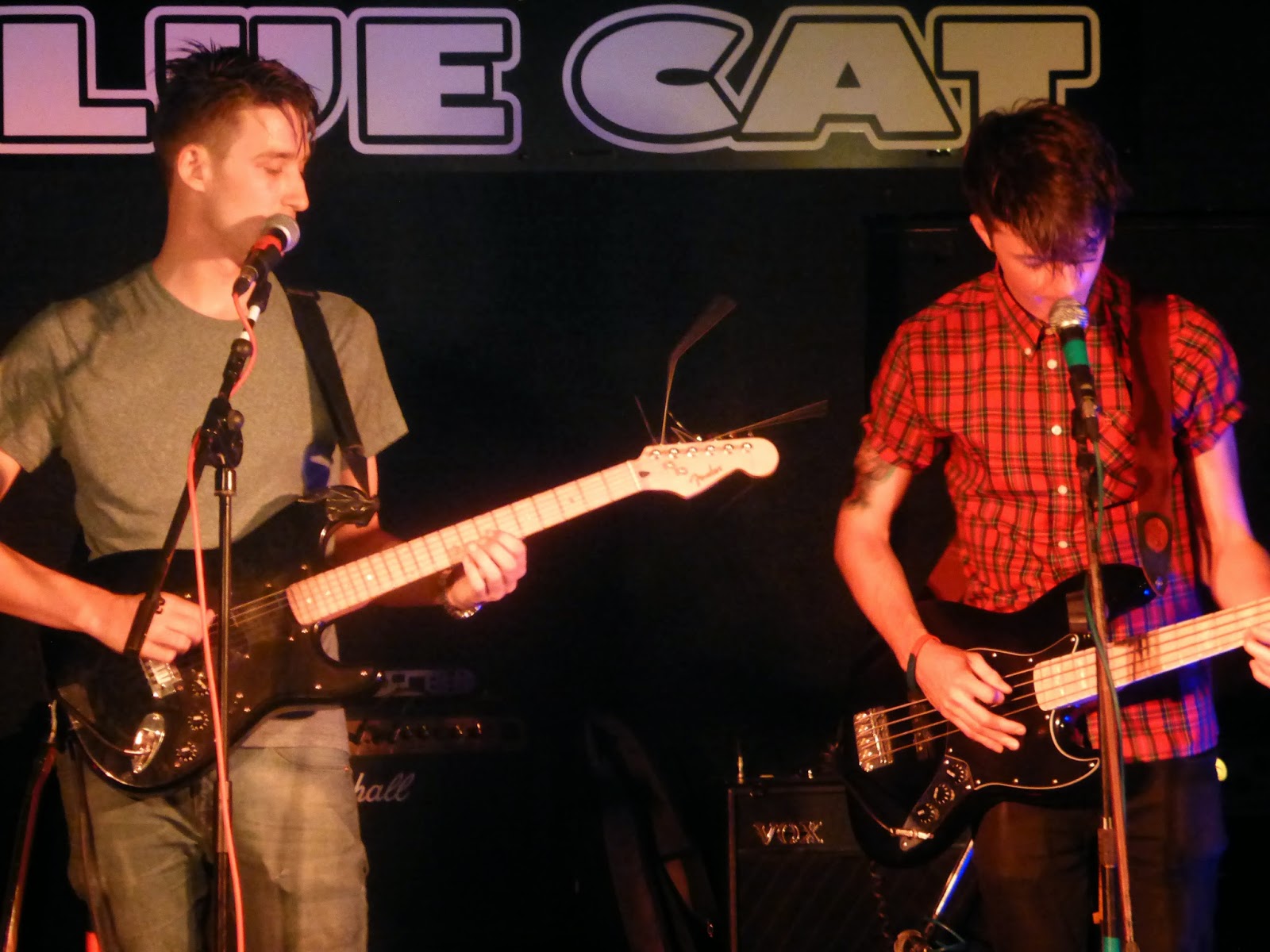 Before Blossoms took the stage, Velocets played a short six-song set that piqued our interest.  They've been around the Manchester scene for a couple of years now but without making a major breakthrough.

There's plenty of all-male guitar / bass / drums bands around town and it's difficult to stand out and get noticed.  They've spent the past few months though writing new material and it's two songs tonight, introduced as new ones, called Hold On and India, that suggest that greater things are on the horizon for them.  Their new drummer has developed a healthy obsession for using that much-maligned under-appreciated cowbell, whilst Adam and Elliott share vocal duties.  Whilst we weren't there for them, we'd definitely check them out again.


Blossoms' official website can be found here.  They are also on Facebook and Twitter.  They play further shows as part of this residency on August 15th, September 5th and 26th.

We interviewed Blossoms before the show and this will be published next week.  Follow us on Twitter using the button on the top right of the page to get notifications of when it's up.