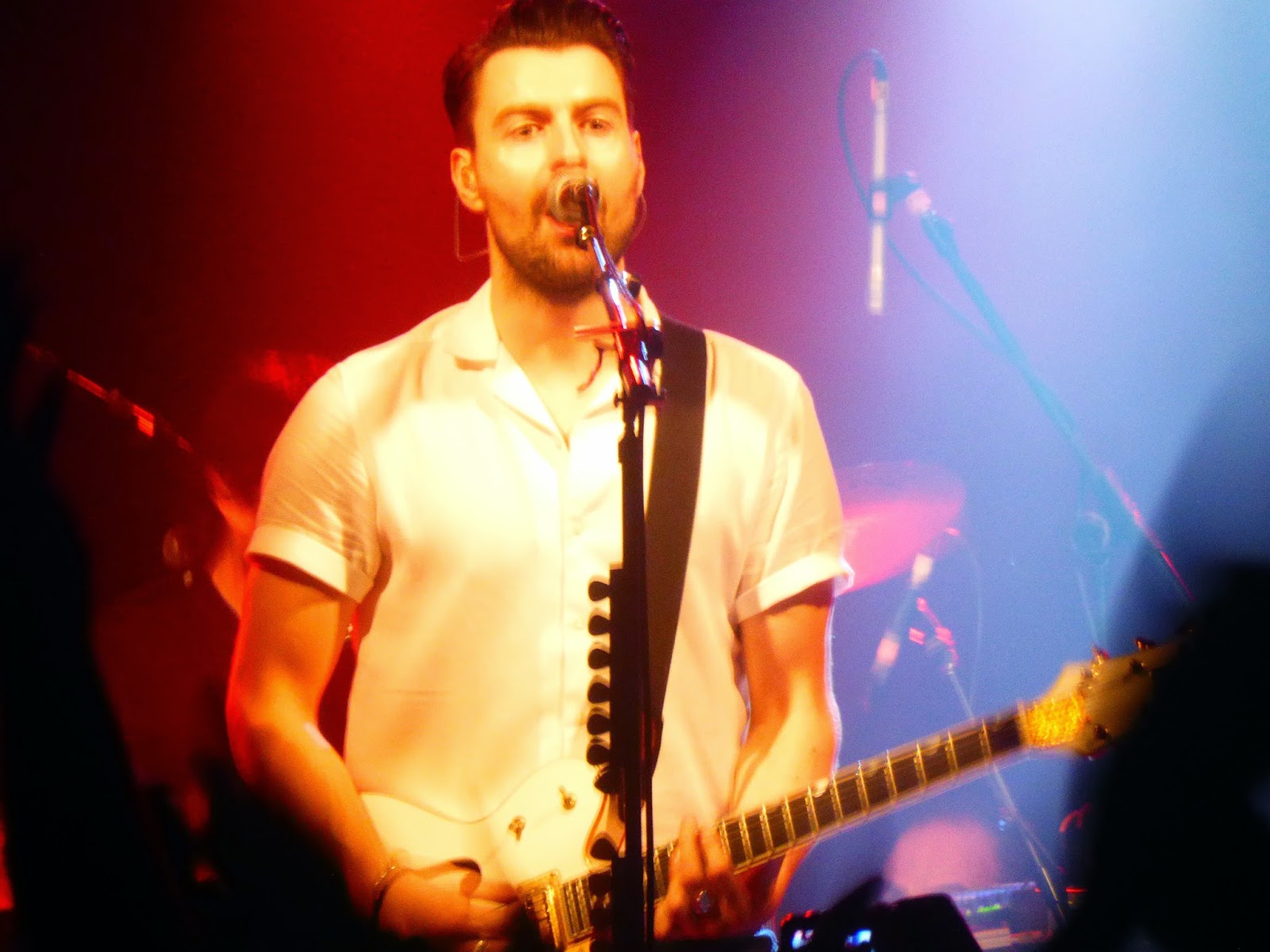 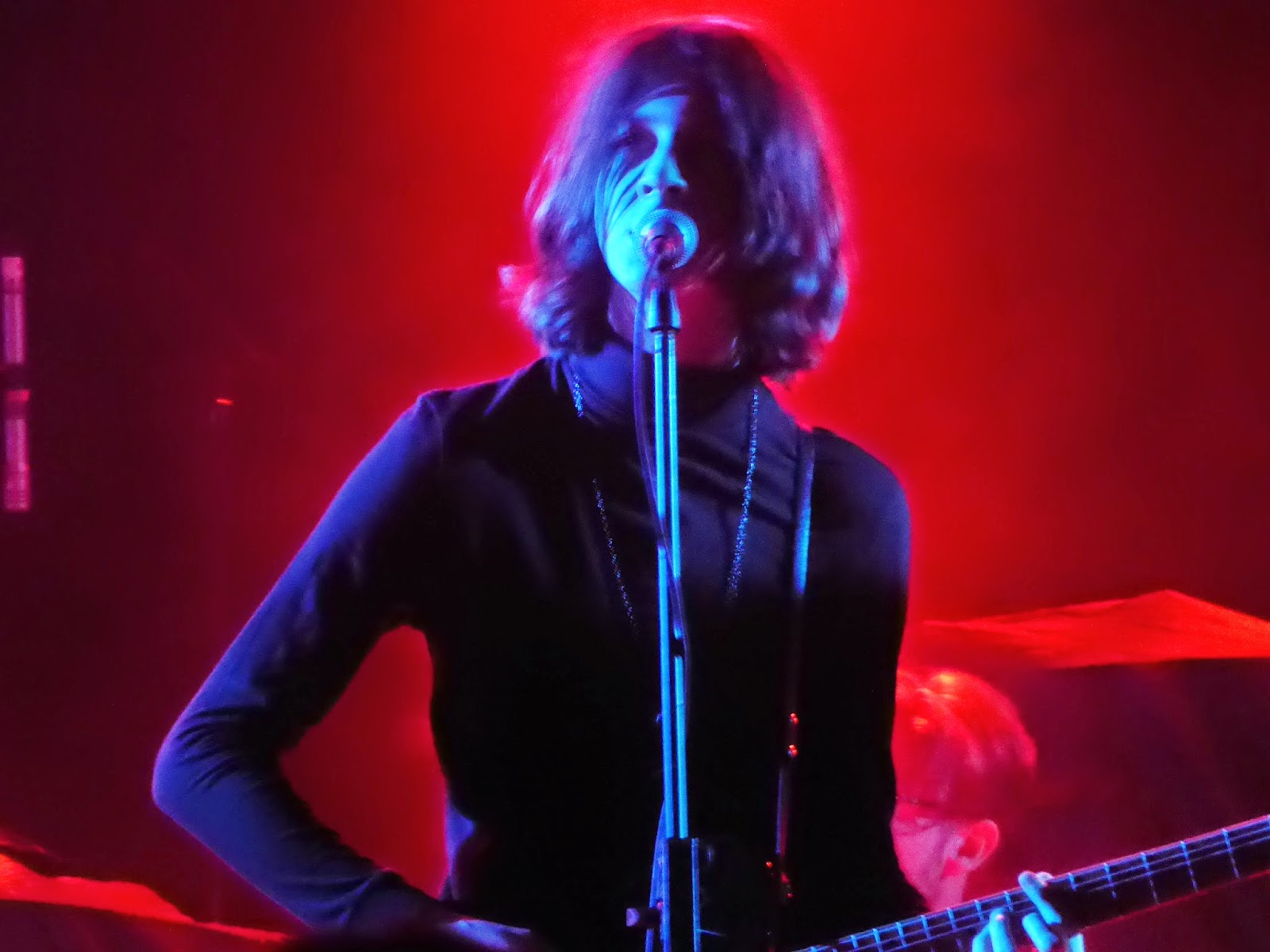 On the day of the release of their fourth album Concrete Love, Courteeners, accompanied by half of Manchester, went thirty miles up the road to Liverpool and reduced the O2 Academy to a heaving, sweaty mess.

Prior to Courteeners coming on stage, as the heat built up in the venue, there's a huge chant about Manchester goes up, the sort that you only feel safe doing in the middle of the away end of the football grounds of this city. No one bats an eyelid, Manchester has decamped to Liverpool to celebrate their favourite band coming of age and that tribal football nonsense is put to bed as the "Northern cousins", as Liam so eloquently put it, come together and celebrate a band that belongs to the North, sings about the North and allows us to celebrate the North.  Yet, they've now developed into a band worthy of far more than that parochial view of the world.  London can harp on about The Libertines and whatever band the NME is shoving in our faces as the latest saviours of rock n roll from the leafy suburbs, but this is the real band of the people. 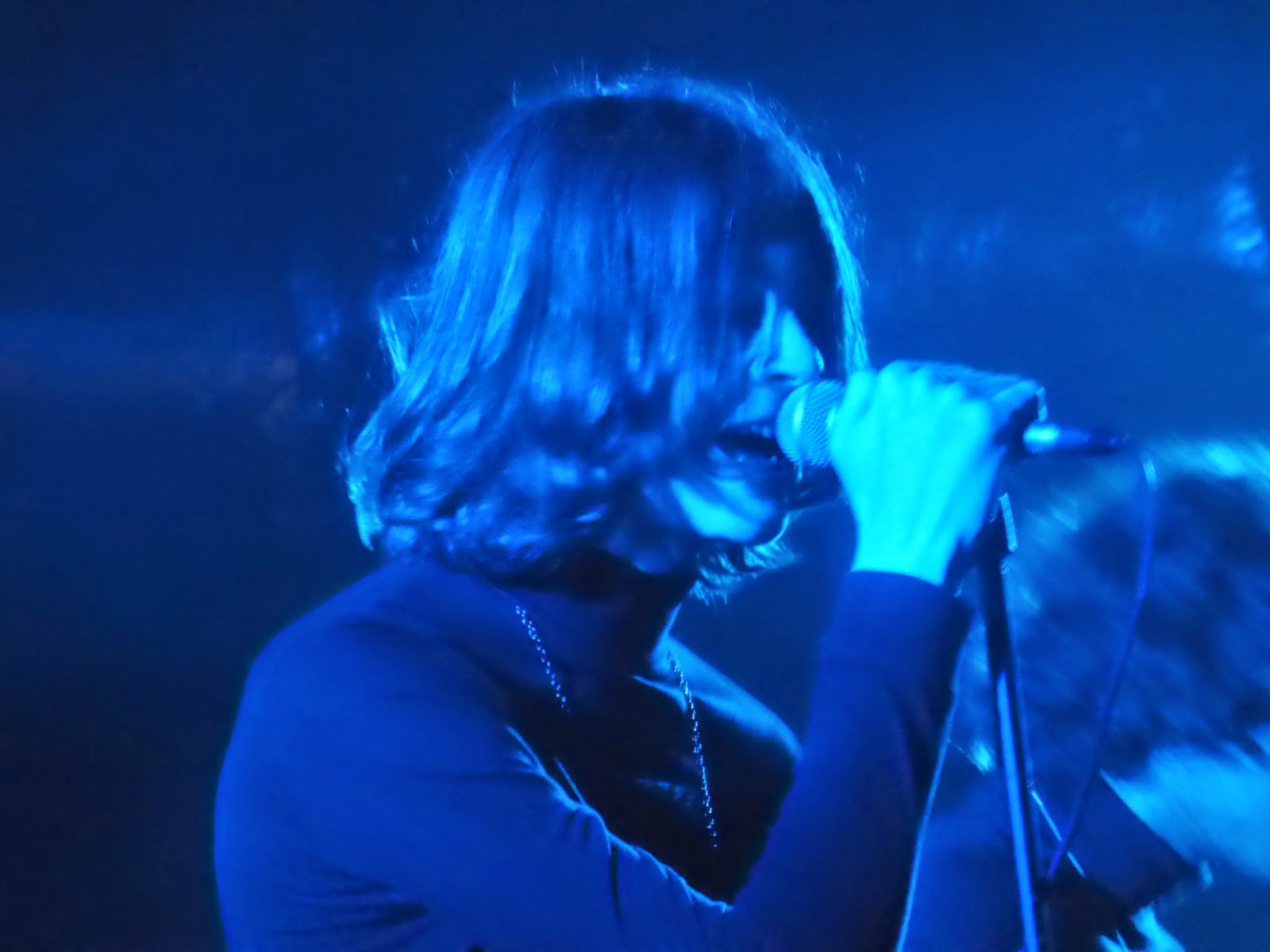 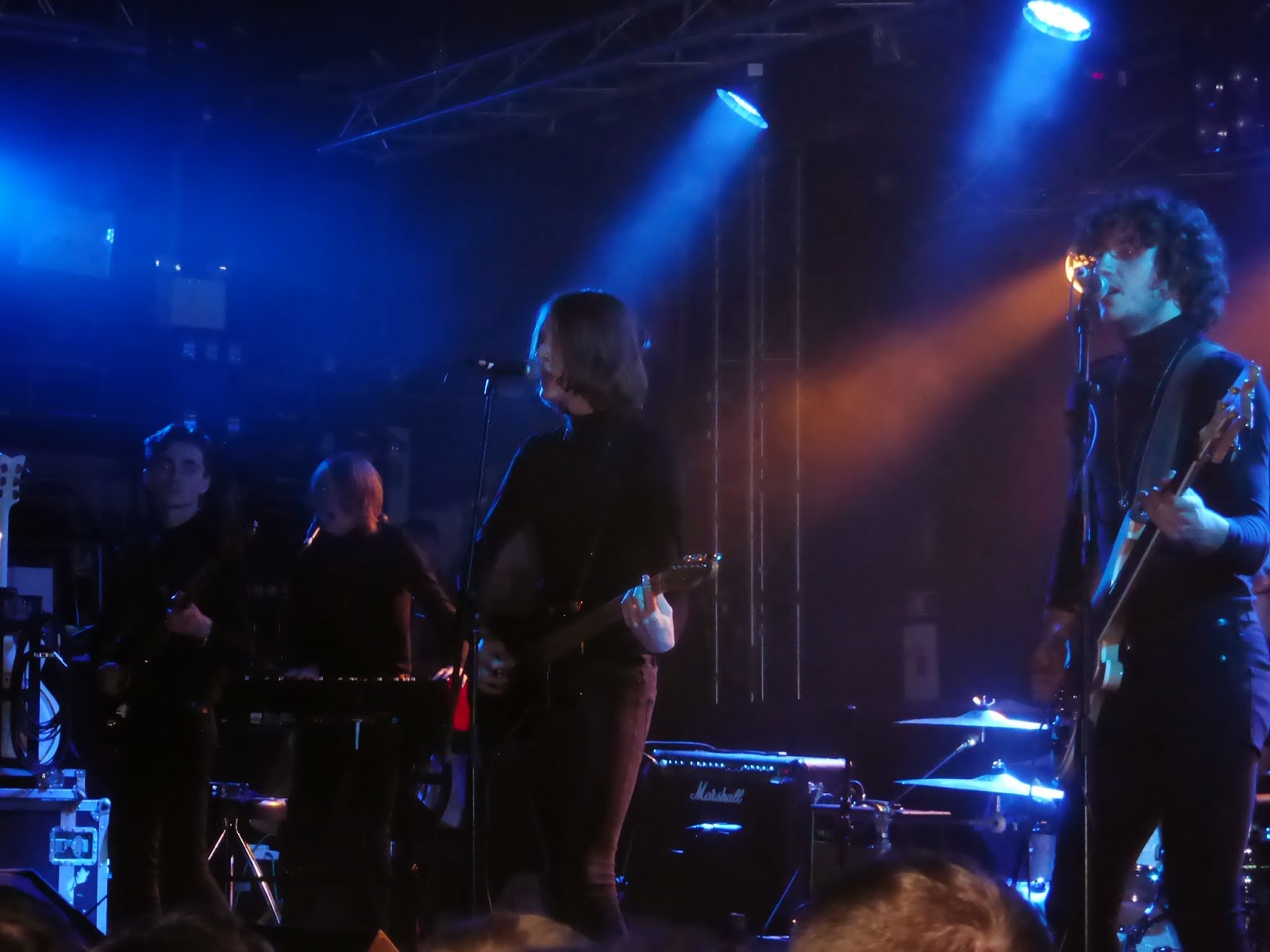 Blossoms open up proceedings and demonstrate yet again that they're a band on the rise. Arrogant, slightly cocky, full of self-belief, they believe they belong up on stages like this and they have the songs to back it up. Tight as a hunter's trap, they possess the confidence, in Tom Ogden a charismatic frontman, and all the tunes they need to be make the breakthrough in the next year or so.  You Pulled A Gun On Me is already destined to be a classic, fusing Doors organ with classic indie sensibilities.  It's a formula they tweak the variables on and always come up with a different answer - Blow, Madeleine and Come Sunday are already etched in our minds and in Scattered Rain they have a stone cold classic complete with false ending in the middle and a nagging reassuring familiarity within its original take on their melting pot of influences.  They look, they talk and they sound the part.  Mark our words. 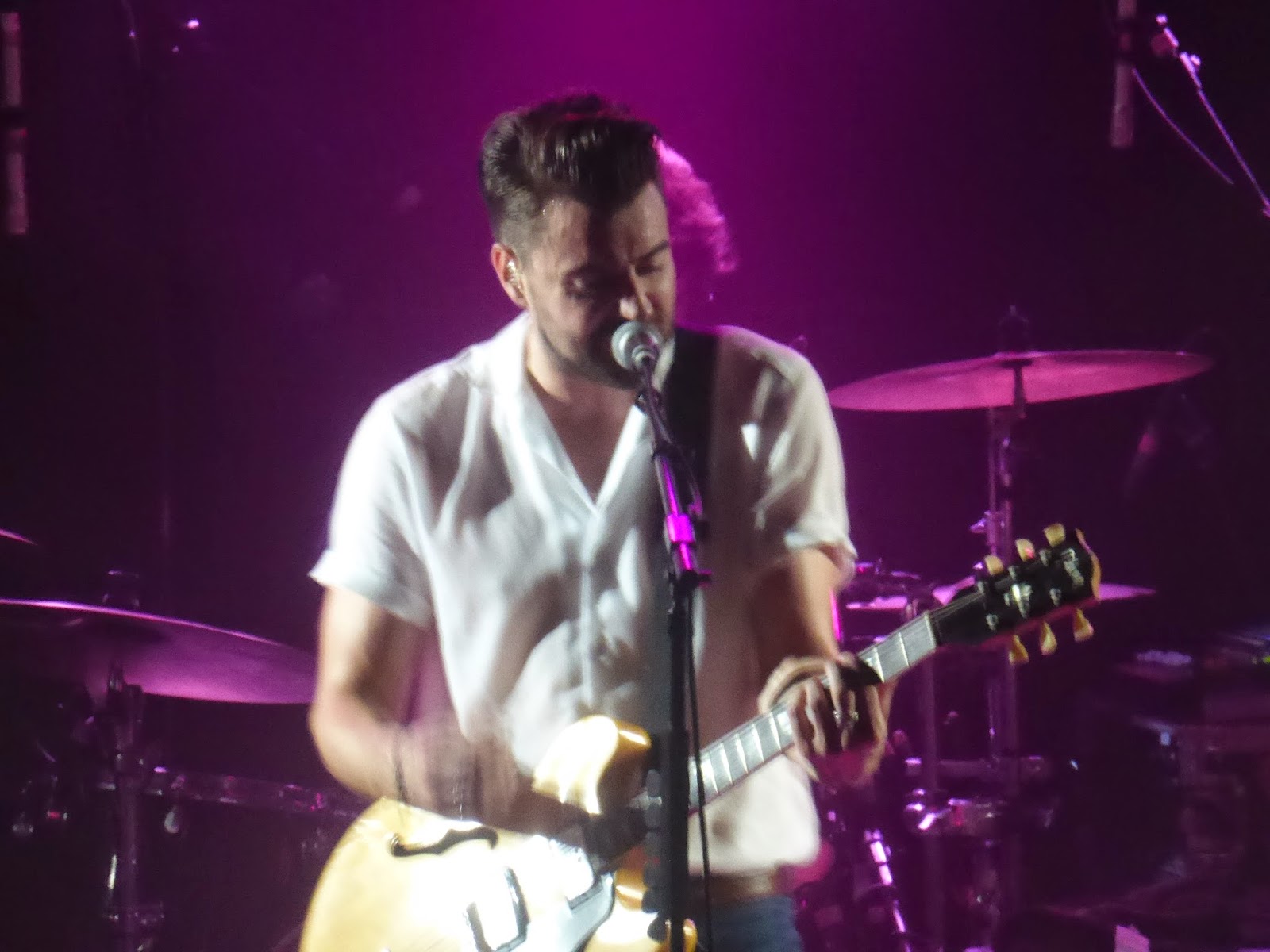 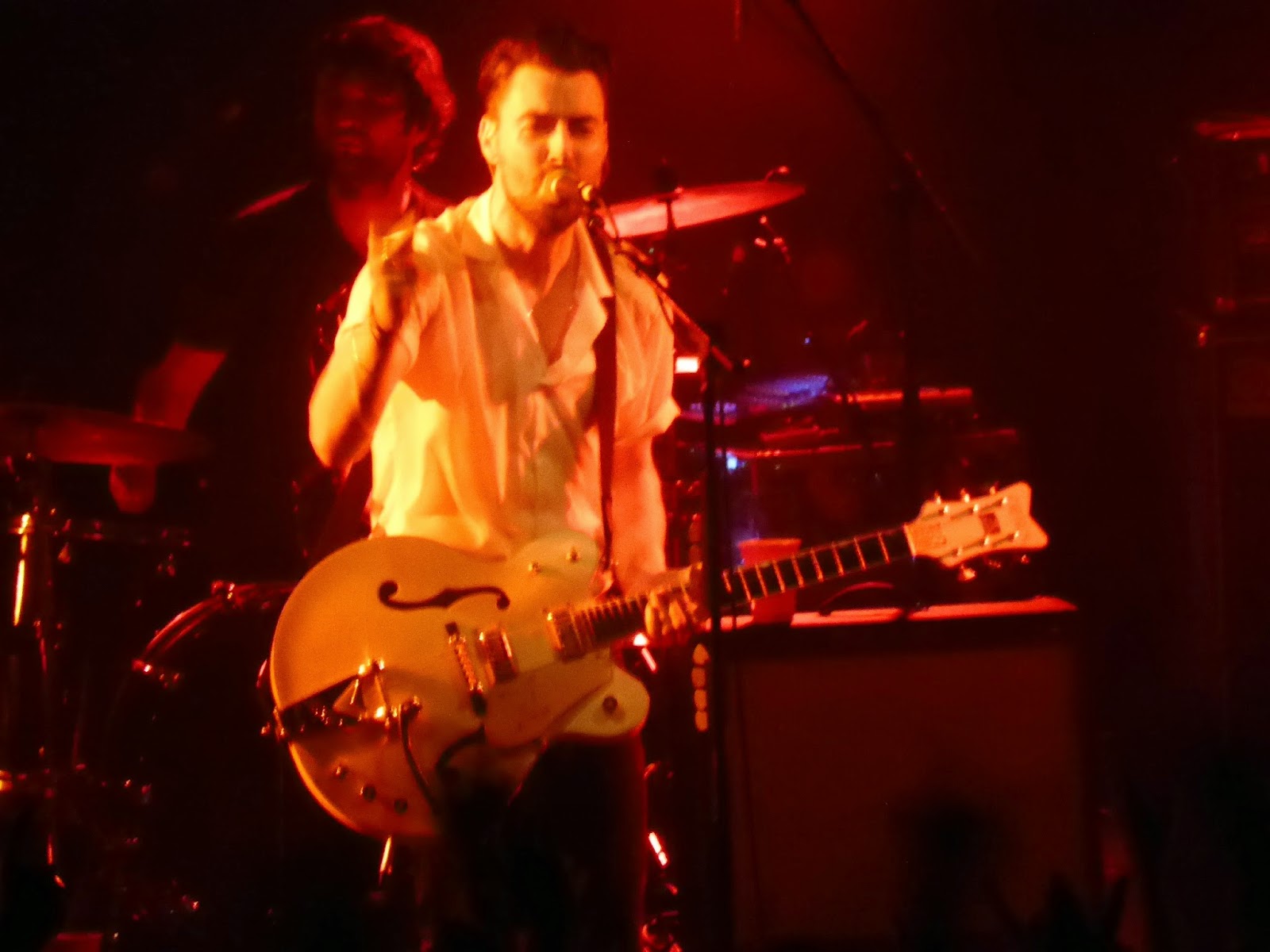 Whilst it's a launch gig for Concrete Love, tonight is also a warm-up for Tuesday's Killers support slot in Glasgow and their second stage headline at Reading and Leeds at the weekend, so the set mixes the more accessible tracks from the new album - four in total - with a series of tracks from across their back catalogue. It ranges from those early singles Cavorting and Acrylic, which see the Academy erupt in a sea of bouncing bodies, raised hands and flying glasses of beer and piss and through most of the Falcon and Anna singles. The new songs are selected to fit in with those, so we don't get the more reflective moments of Dreamers and The International but there will be a time and a place for those.

That's just a precursor though to a rampaging end to the gig, opening with Why Are You So In Love With A Notion into band anthem Here Come The Young Men.  Not Nineteen Forever, potentially a troublespot given its use as a Manchester United anthem, brings the house down, fortunately not literally despite some idiot thinking it's a good idea to light flares indoors.  It's all brought to a finale, as all Courteeners gigs are, with an ecstatic What Took You So Long where the crowd take on the roll of backing vocalists as the song powers its way to its finale, via a snatch of James' Tomorrow, the second nod to their Manchester roots after a section of The Stone Roses' Standing Here during Please Don't. 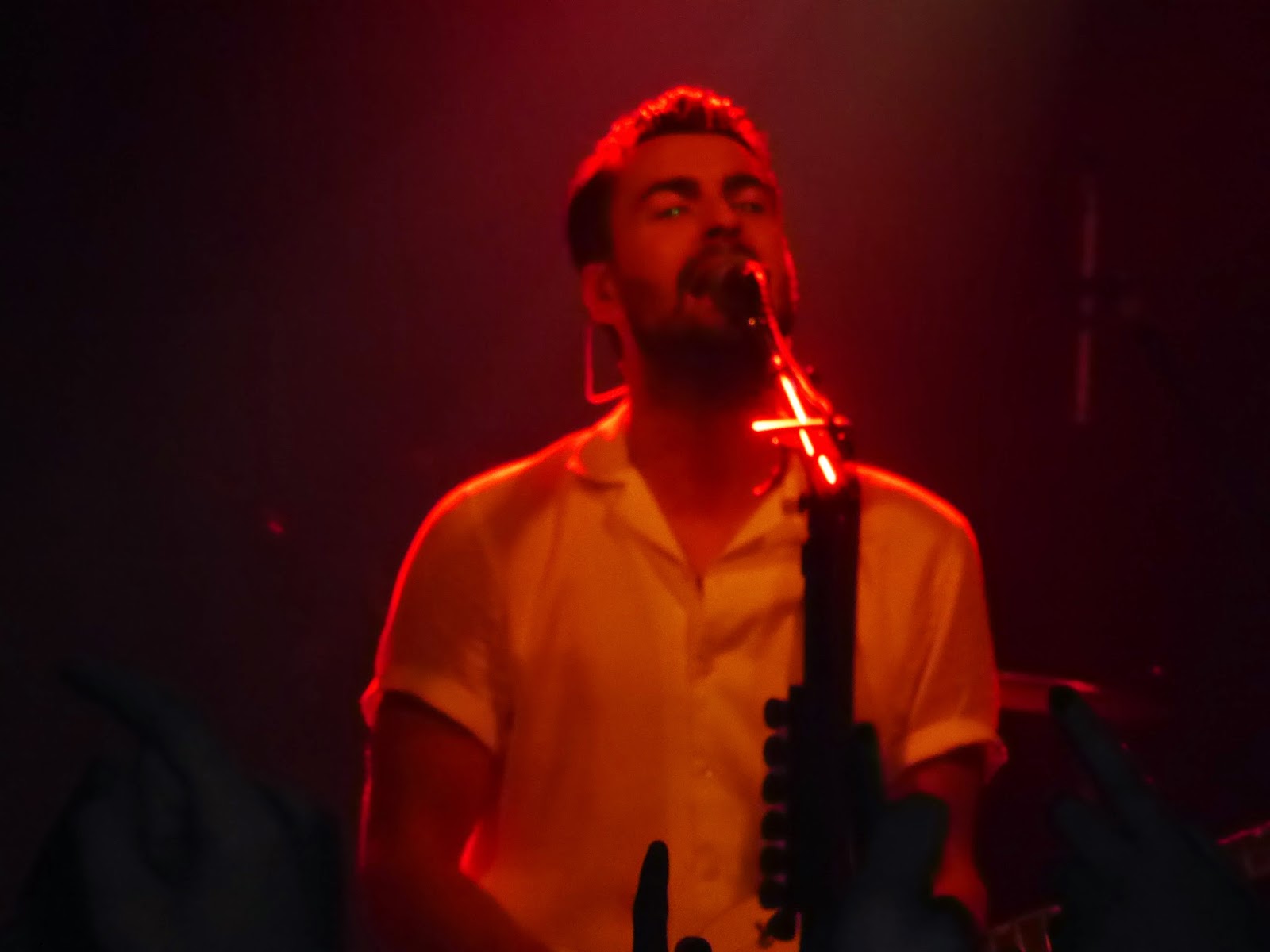 They will be back in October and November with a full UK tour where they promised to play more of the new album, but tonight was about a celebration of the new and the old, a gathering of old friends in an intimate environment you'll feel privileged to see them in again.

Courteeners played How Good It Was, Push Yourself, Cavorting, Acrylic, Summer, Please Don't, Next Time You Call, Lose Control, Sycophant, Small Bones, Take Over The World, That Kiss, Whites Of Her Eyes, Cross My Heart And Hope To Fly, Bide Your Time, Why Are You So In Love With A Notion, Here Come The Young Men, Not Nineteen Forever and What Took You So Long.

Email ThisBlogThis!Share to TwitterShare to FacebookShare to Pinterest
Labels: Blossoms, Courteeners, The Courteeners