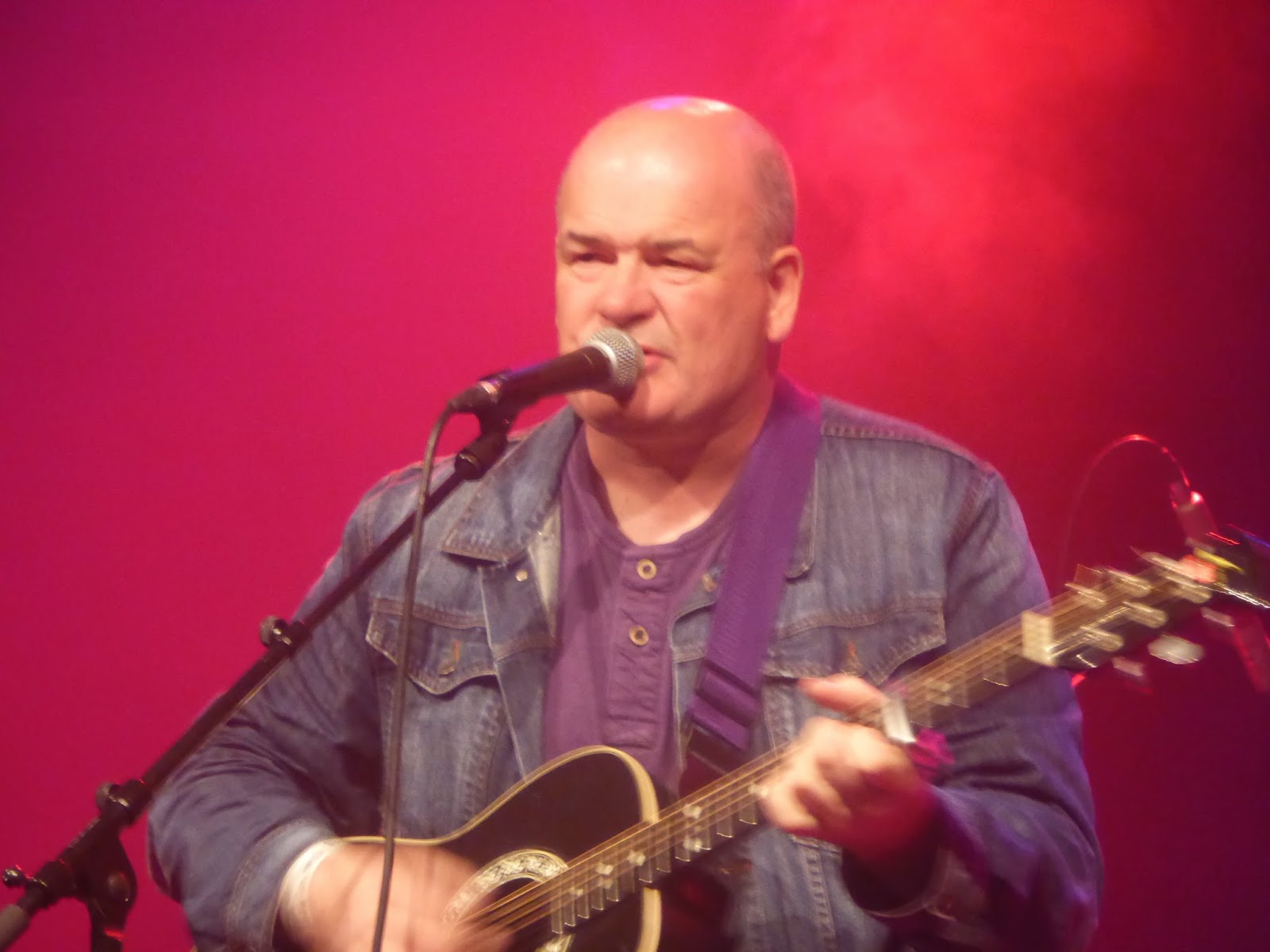 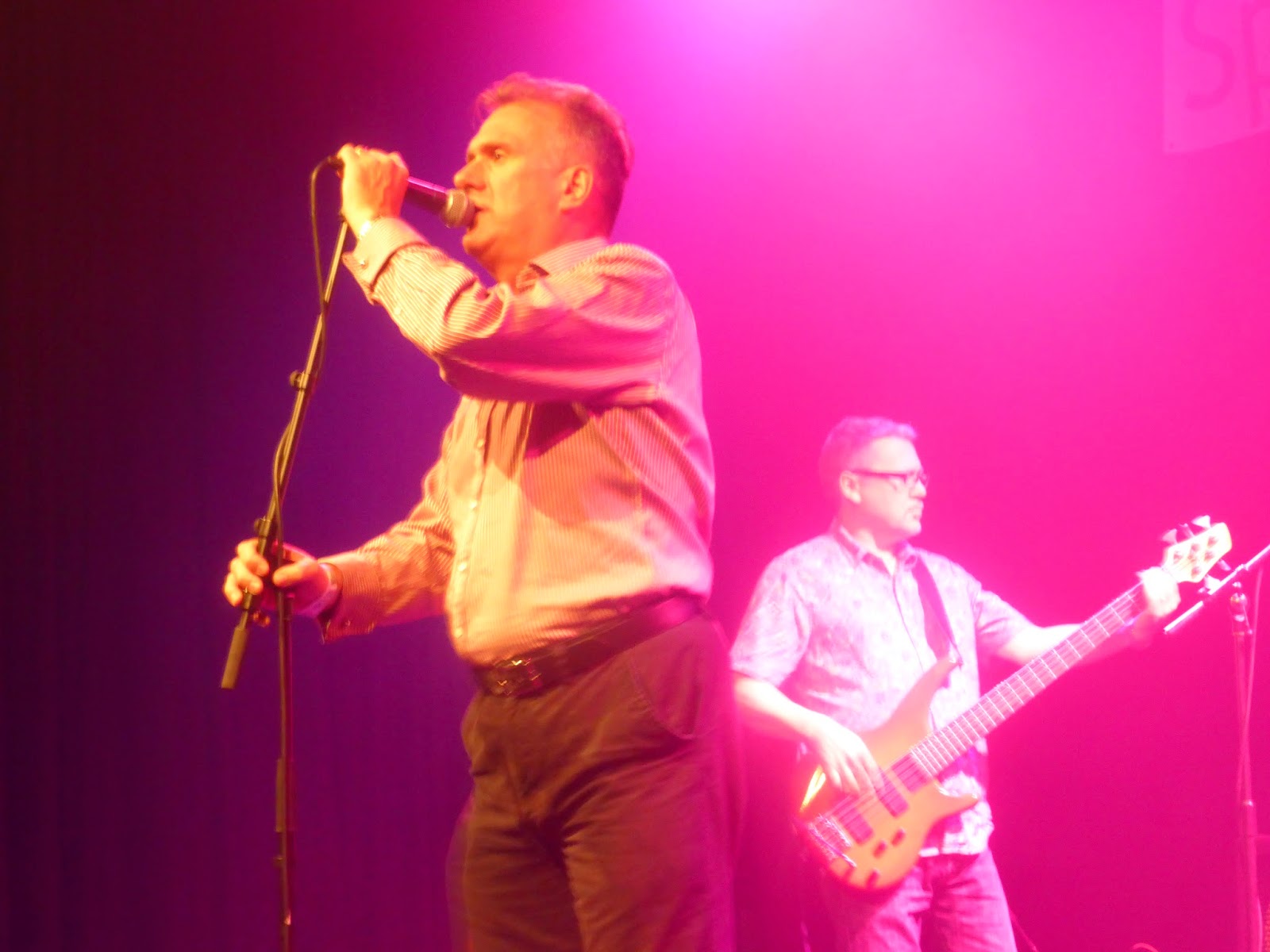 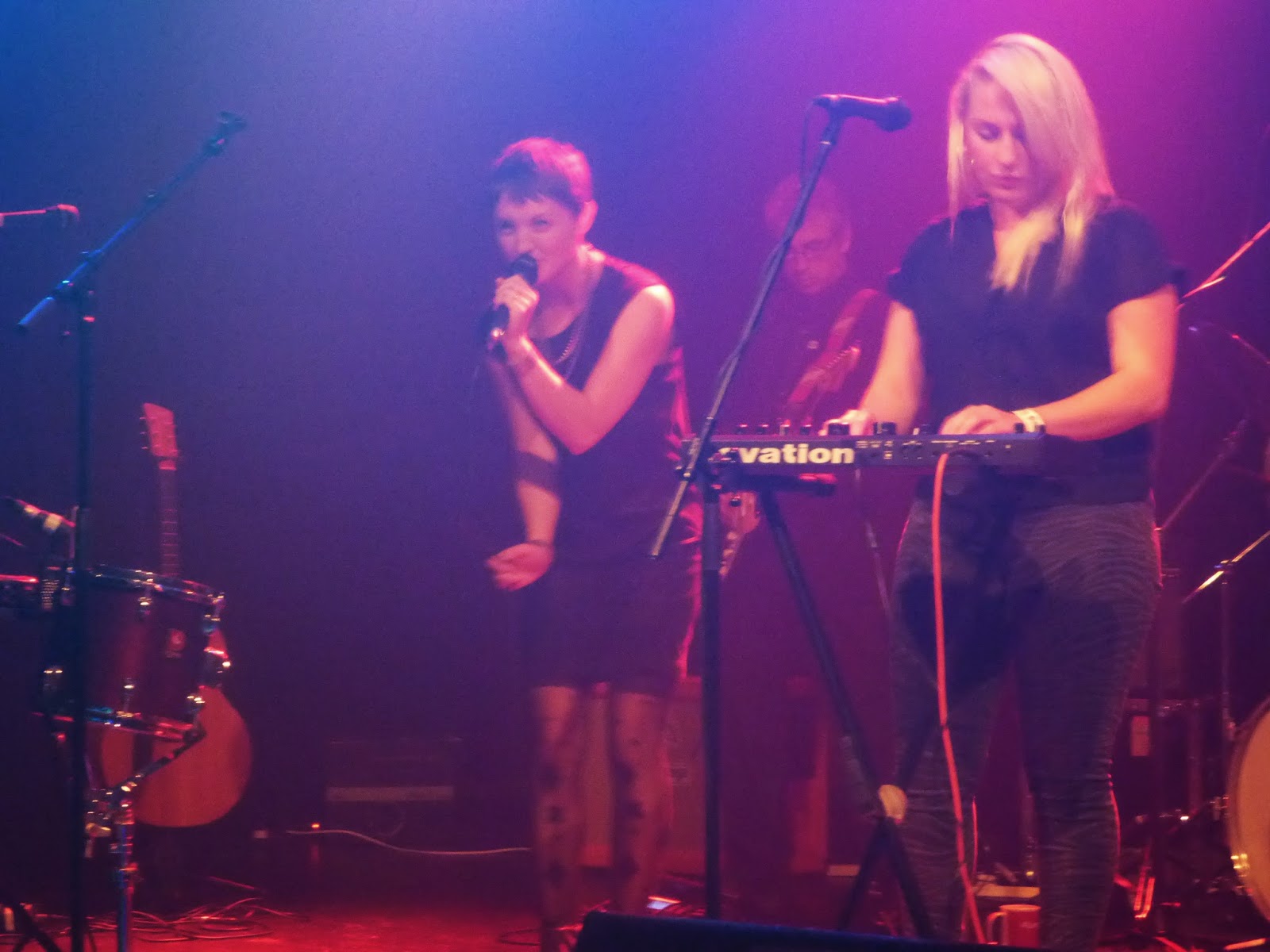 Three Factory stalwarts, reformed, still producing music, joined forces with some special guests, for a stage at Bury's Glaston-bury Festival.  There was no riot this time, but the hardy few that attended were treated to a mix of some of the best of their back catalogues.

April 8th 1980 saw a legendary gig in this theatre.  Called the Derby Halls at the time, Joy Division headlined with Section 25 and Minny Pops on the undercard.  Due to Ian Curtis's well documented medical issues, Crispy Ambulance lead singer Alan Hempsall sang a couple of songs with Joy Division before Ian took to the stage.  The gig ended in a riot as Joy Division completed a short set, some skinheads threw bottles on stage and chaos ensued.  Read more about that evening here. 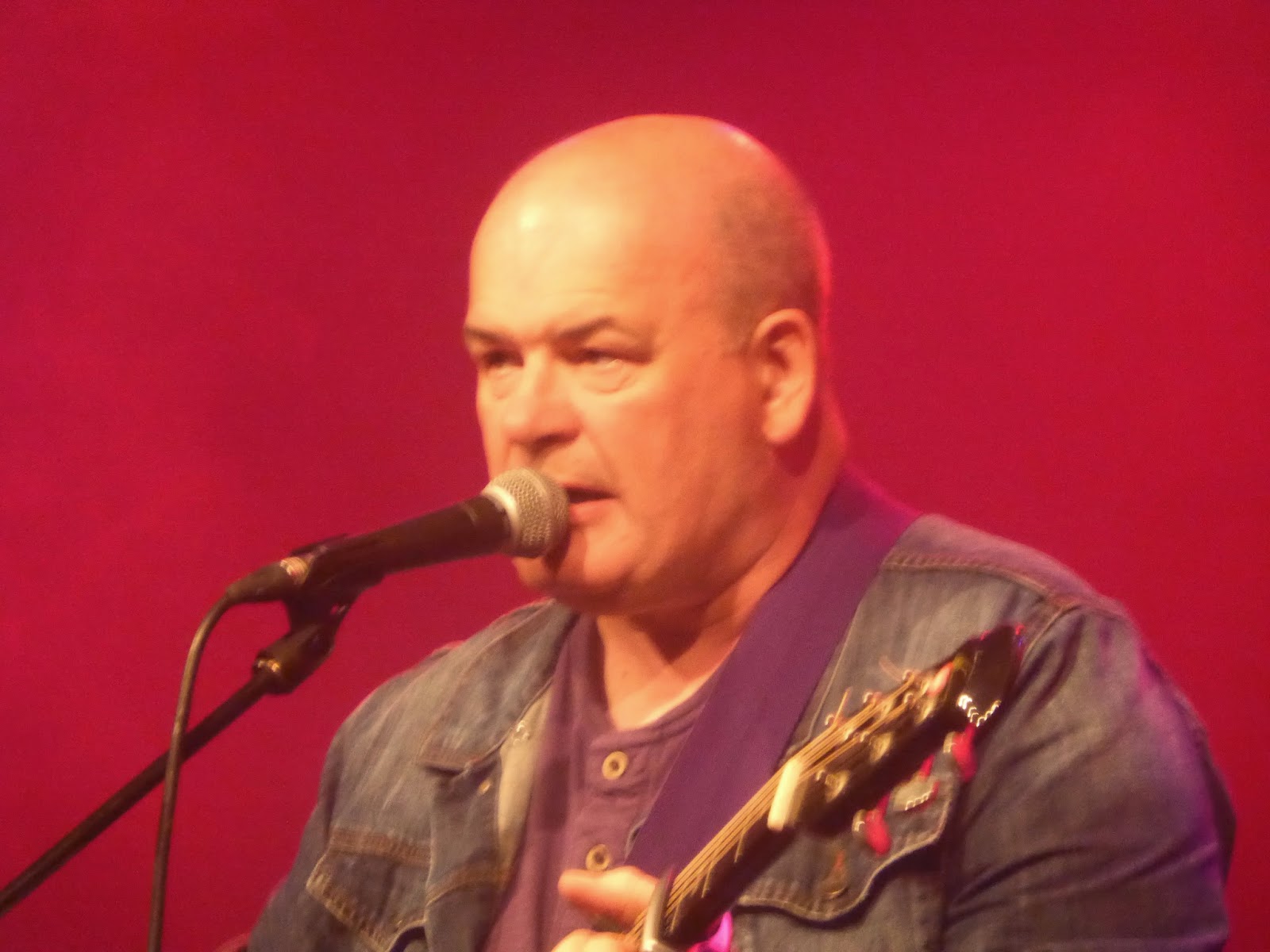 Kevin Hewick opens up proceedings and whilst he professes immediately not to have been at the gig where the riot took place and that the coolest thing he did whilst signed to Factory was not turn up at a gig at the Hacienda, he's a welcome addition to the bill.

Like the artists playing after him, he doesn't play the Factory heritage card.   His set is based on two tracks from his 2012 All Was Numbered and two from his more recent The Heat Of Molten Diamonds plus two new songs.

He writes intelligent, observational lyrics that could put many of today's troubadours to shame, touching on some of his musical heroes, such as Lennon and Curtis in Now And Then and satirical looks at both Spotify and Facebook.

He's also incredibly engaging, interacting with the crowd explaining the thoughts behind his songs, commenting dryly on the atmosphere at the gig compared to 1980 and you end up wanting to go and have a pint with him the minute he finishes playing Americanta, which ends with the refrain of can't sounding ruder and ruder every time he repeats it.

He played Memory Stone, A Young Man's Dream Of Revolution, Forgotify, Freakbook, Now Is Then and Americanta 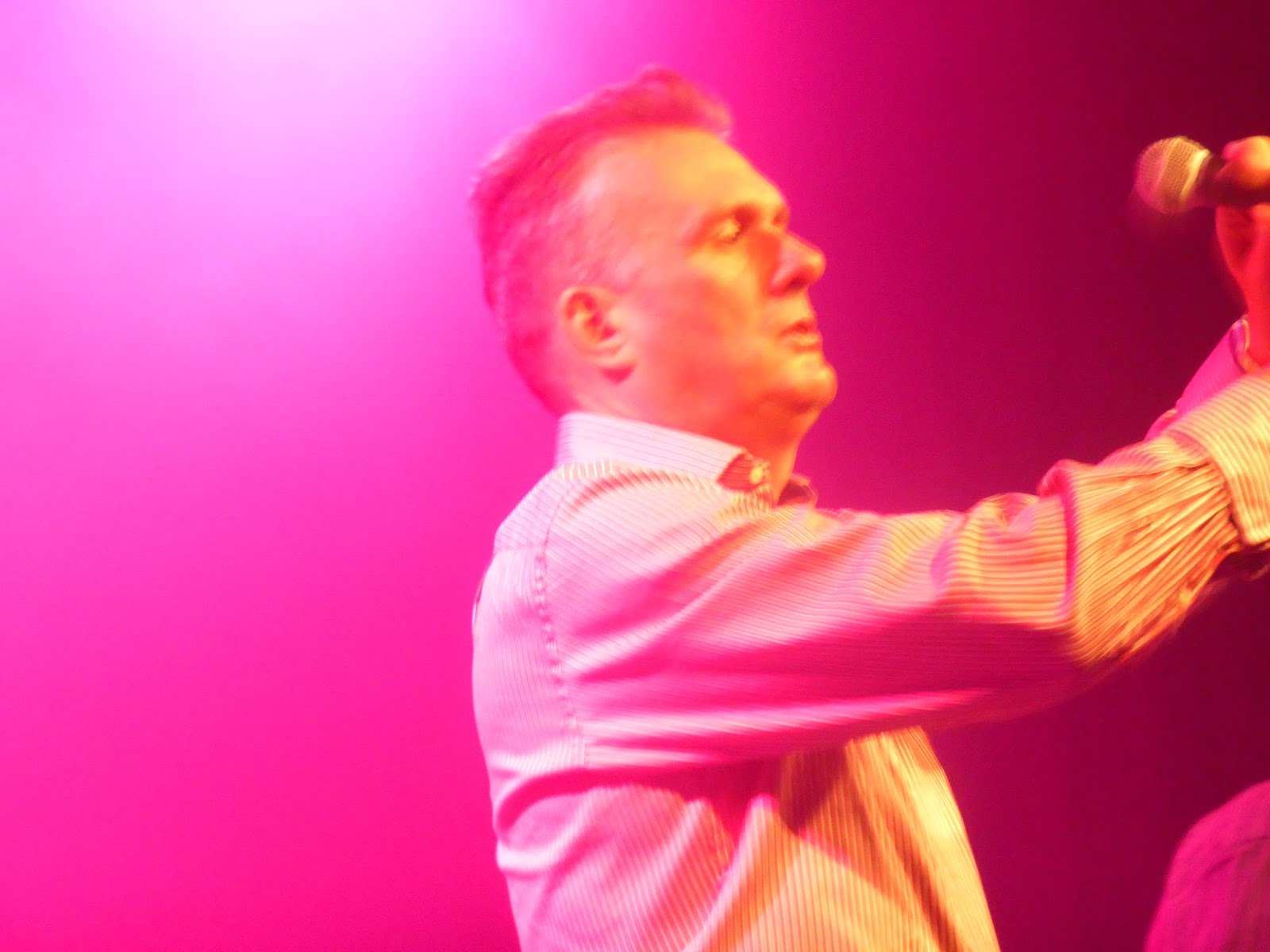 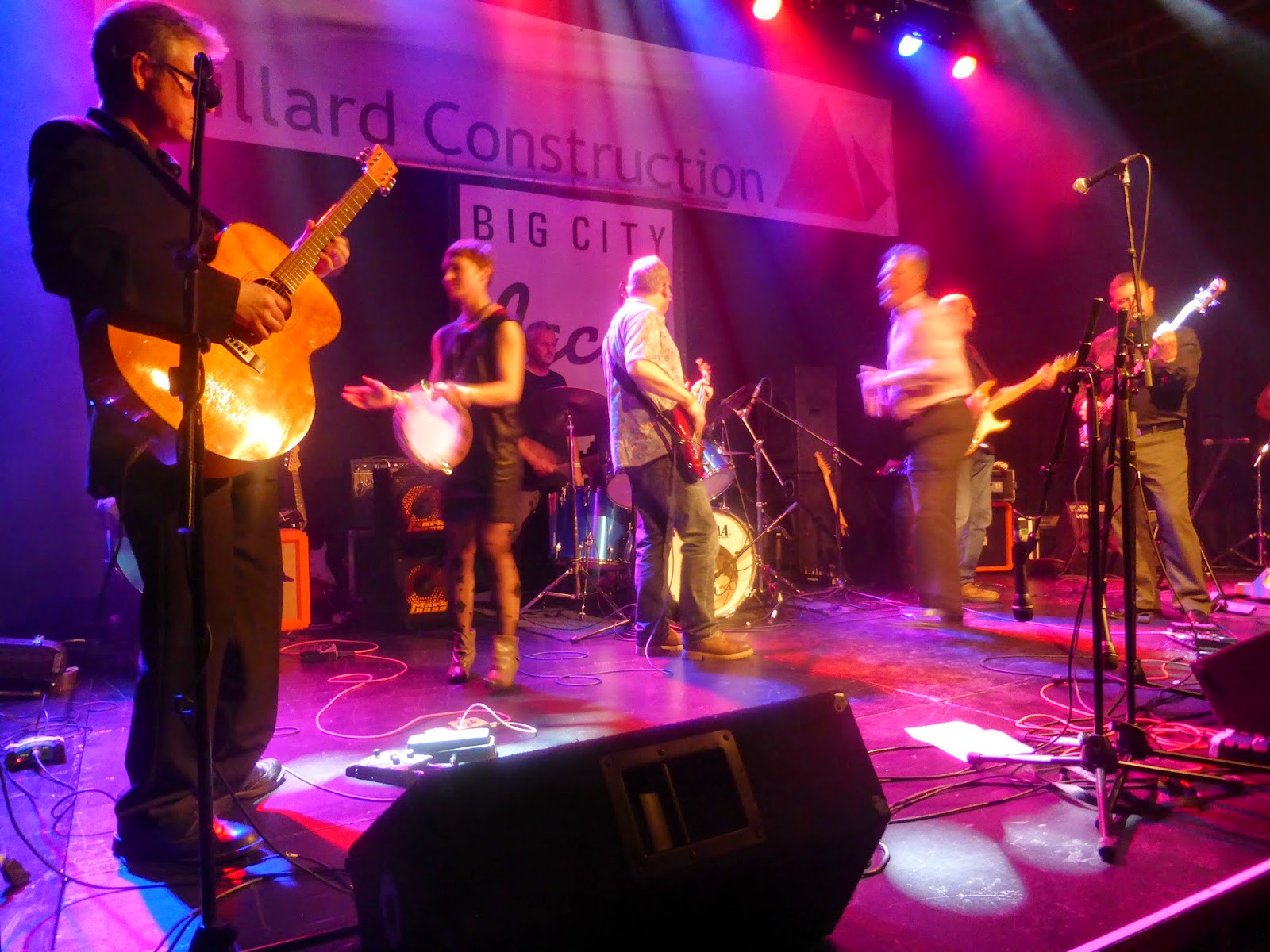 Second up are Crispy Ambulance and they've done very few gigs since they decided to get back together again and play some shows recently.  Whilst they've aged, they've still got the post-punk spirit that made them ideal bedfellows with Factory over three decades ago, their sound still full of dramatic staccato drumming and tension between bass and lead guitar.  Alan's more casually dressed these days, as someone tells him from the audience, but he's still an eminently watchable electric front man with those inimitable early eighties Manchester dance moves.

They're joined on stage by 808 State's Graham Massey who produced their two turn-of-the-century comeback albums Scissorgun and The Power Blind Dream and the latter is heavily represented in the set with four of the nine tracks coming from it with two coming from the former.  The biggest nod to their Factory roots is their 1980 single Deaf.  They also throw in a cover of Iggy Pop's Mass Production for good measure.

For their finale, they're joined on stage by Section 25 for a cover of The Velvet Underground's Sister Ray, the final track played on that fateful night in 1980.  There's no such recurrence of the riot tonight due to the onset of middle age and the introduction of plastic glasses.

It'll be interesting to see if this latest reunion will lead to another album, but for now they're ploughing their own furrow playing limited shows to those that remember them over the more celebrated bands of their time. 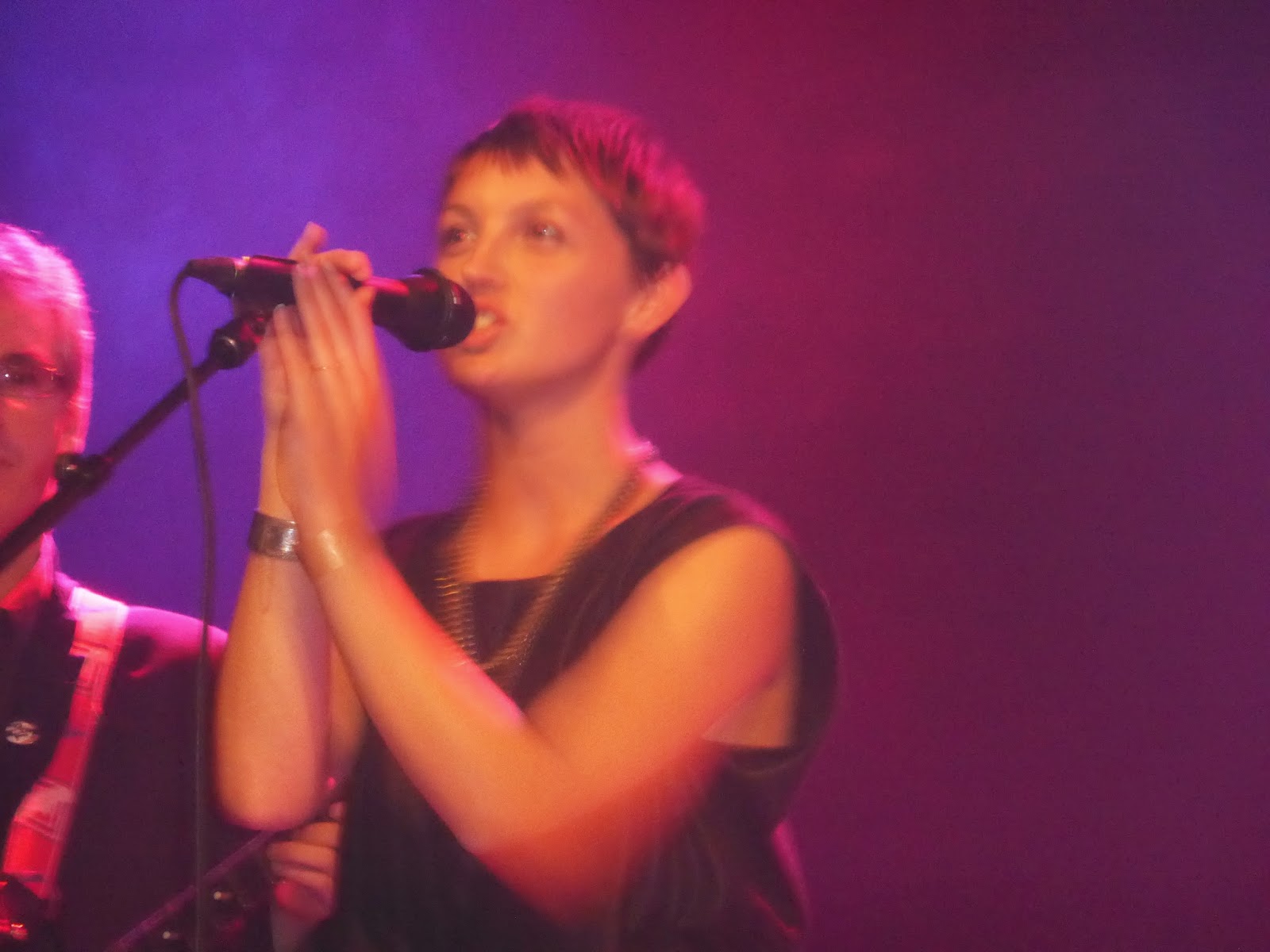 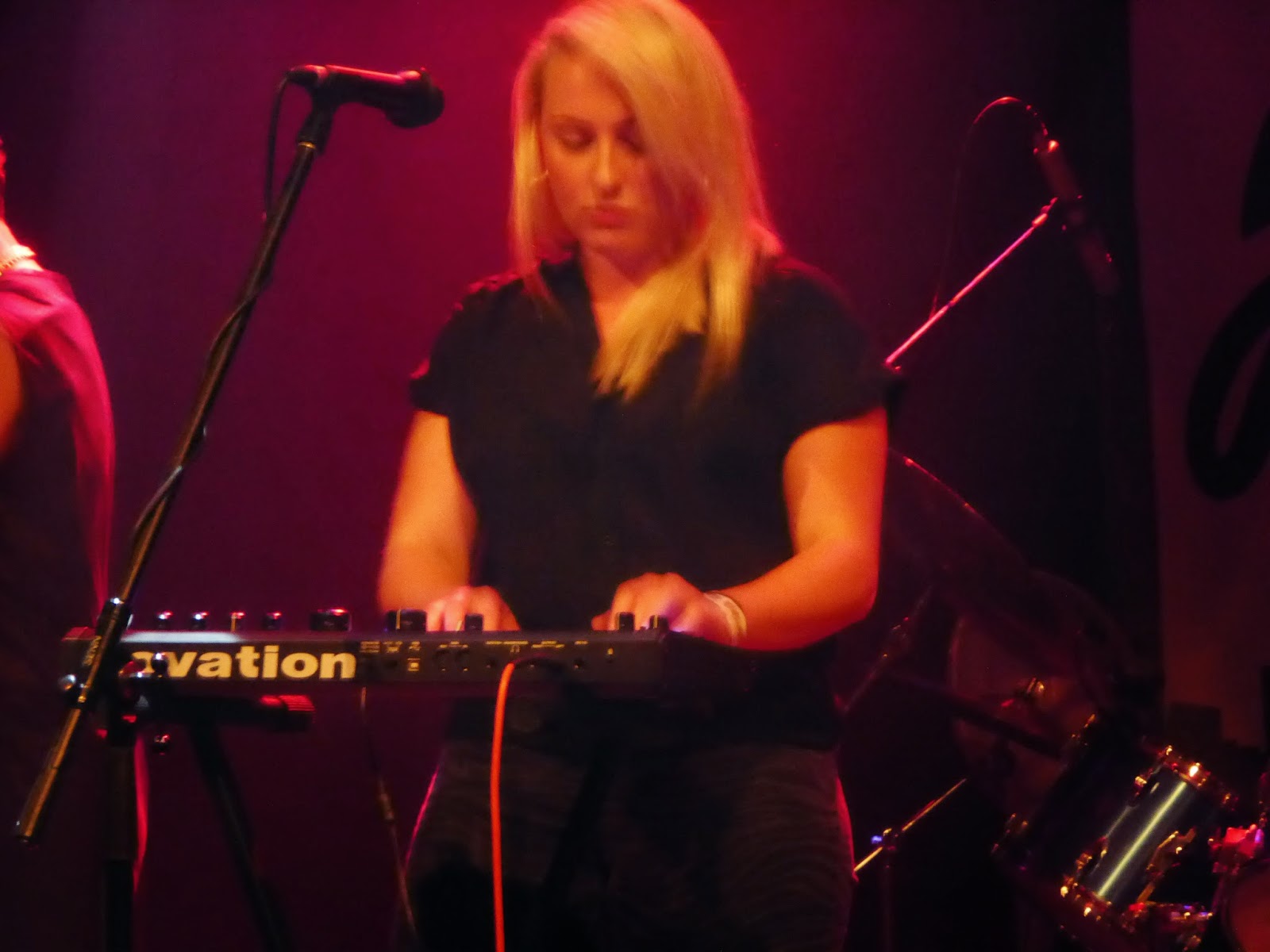 Section 25 are in a process of continual reinvention. Their tragic history with deaths of Larry and Jenny Cassidy is well-documented.  What's less so has been their reinvention into quite a formidable studio and live act, with Dark Light incorporating some of their best material to date with lead vocals from Larry and Jenny's daughter Beth and fellow Cassidy Jo added to provide extra vocals, keyboard and percussions.

They're joined today, in the spirit of the event, by A Certain Ratio original member Simon Topping.  Their set is a mix of their Factory back catalogue and tracks off Dark Light.  The uninitiated may struggle to tell the difference, such is the way they've emboldened the sound of the early recordings and brought them up to date without losing the intrinsic spirit of them.  They slow down opener Beating Heart, whilst Dirty Disco and encore Looking From A Hilltop are brought right up to date.

Jo's integration into the band has allowed Beth to develop as a front woman and gives her someone to bounce off up on stage.  Jo even takes over lead vocal duties on a much-revised version of Dark Light stand out Colour Movement Sex and Violence.  But for the rest of the set Beth demonstrates real star quality, bringing an energy to the band that should really see them playing to bigger crowds than what Bury gives them.

They cover ACR's All Night Party and Joy Division's Shadowplay, as a nod to Simon and to the events of 1980, but it's their own songs, the unique blend of youth with the original line-up that makes them truly special.  Their live appearances sadly are few and far between at the moment and they've suffered from Factory die-hards refusing to accept the new line up, but they stand on their own, in the here and now irrespective of their past, as a great live and studio band.