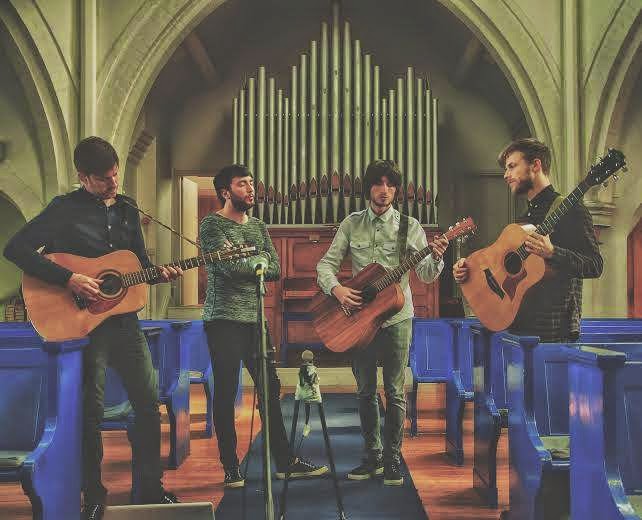 We stumbled across Cavalry by accident, a brief mention and recommendation of them whilst trying to find some information on another band.  We liked what we heard though and tried to find out more.

Cavalry are a five piece band hailing from Liverpool.  They're fronted by Alan Croft with Austin Logan and Steven Taylor sharing guitar and backing vocal duties, Paul James Jones on bass and Gareth Dawson on drums.  Their Facebook profile describes their sound as "an intimate and anthemic brand of Alt-Folk, laden with disarming harmonies and texture", but we don't think that does them justice.
So far they've only aired two songs via their soundcloud page, but Lament has already been picked up and played by Janice Long on Radio 2 and Huw Stephens on BBC Introducing and most of the knowledgeable voices on the Liverpool scene seem to be talking about them too, which is good enough for us.

They're preparing their first release and starting to get some high-profile support slots such as their August 30 date with Stephen Malkmus and The Jicks at The Kazimier in their hometown as well as having supported British Sea Power earlier in the year, but it's only a matter of time before they start playing these stages in their own right.


We look forward to catching them live soon so we can see if they deliver on the promise of the two demos they've shared to date.

Email ThisBlogThis!Share to TwitterShare to FacebookShare to Pinterest
Labels: Cavalry