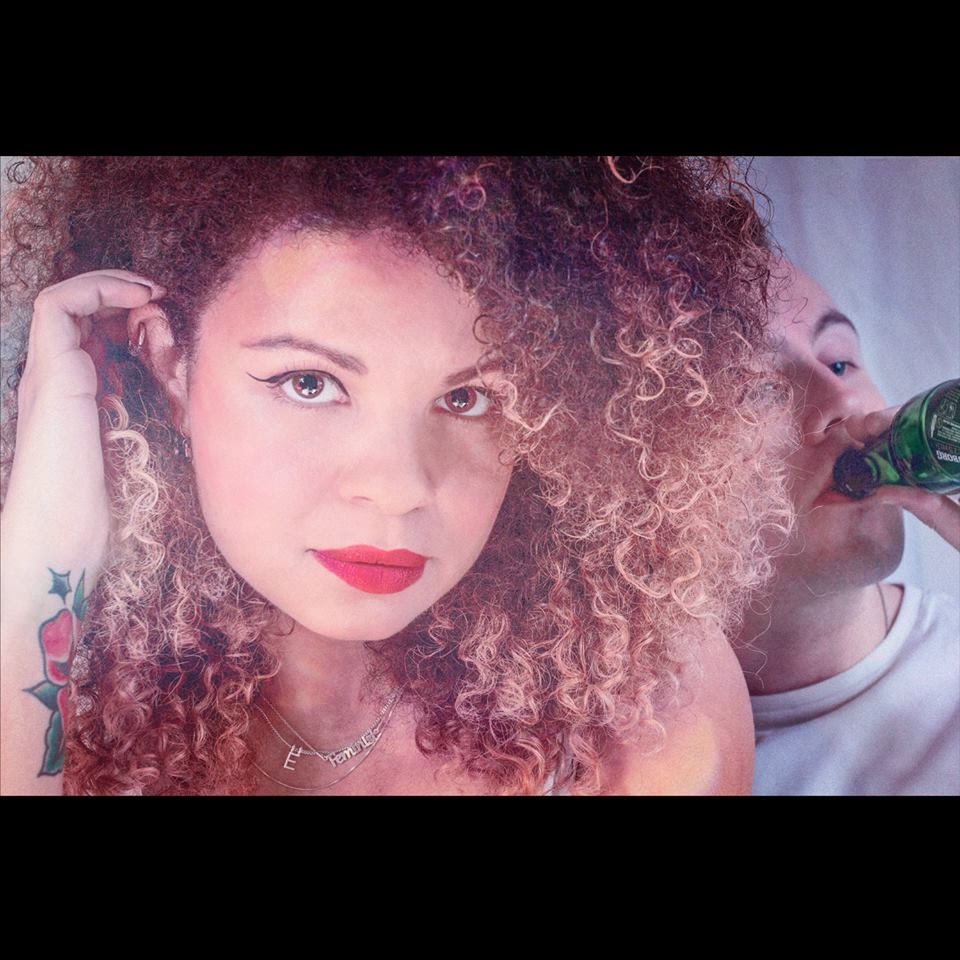 Emmy's Unicorn are a girl/boy duo featuring Emmy-Lou Kay and Mr Ronz.  They've just released their debut EP, which was written in Nashville, entitled Not Dead Yet.

The EP came about as a result of a writing session on a porch in Nashville, Tennessee.  The duo had travelled there with little money and wrote the songs on the EP with a borrowed guitar from a guy they met whilst there.

It's a beautiful EP that showcases Emmy-Lou's voice which has an expressive soulful range, demonstrated across four songs that appear to tell a story that delves into a heart-wrenching story of a doomed relationship.

It starts with the feeling of being "scarred and bloodied since we started this" yet holding on what's left in Not Dead Yet and moves on to the reflection and self-evaluation of Yeah Yeah Yeah "I'm such a fool, I love you way too much", into the defeated resignation of Save Me From Myself "I lie awake, holding my breath, drain my blood till I'm pale" and the final tragic conclusion of I Had A Gun which Emmy opens with "if I had a gun, you'd be dead, one to the heart, one to the head"


They say they don't just write acoustic songs, and they already have remix credits for Guillemots and Everything Everything and have played live with a drummer and a string quartet, so it'll be intriguing to see where they go next.

In fact, digging a little deeper on their soundcloud page, their breadth of material is quite stunning, from the electro-punk of A Death In Paris and Waiting through the dancefloor stylings of Tokyo to the more radio-friendly poppier edges of Singular.  It'll be intriguing to see what path they go down.

But for now, their EP is available to buy digitally on iTunes and Amazon.