Erland And The Carnival - Closing Time 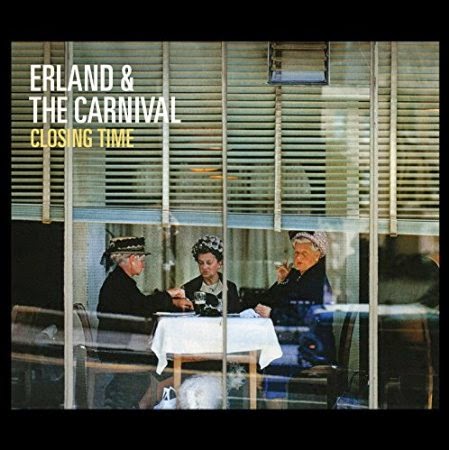 Erland And The Carnival return with their third long player Closing Time. After a tip off from a hardcore Kloot fan, Stuart Ralston checks them out.

Opening with title track Closing Time, singer Gawain Erland Cooper tells us of a failed relationship and whilst he states that he never wants to feel this way again, the band maintain an upbeat mood with a lavishly produced, somewhat triumphant tune. Lyrically, the theme continues on Wrong with Erland singing again about his former love. Set this time to a beat almost bordering on trip hop, it demonstrates a versatility to the band. Quiet Love is a more downbeat, reflective number.

This is an incredibly diverse record with the only constant being Erland's vocals. Stripped back to just multi-tracked vocals and piano, Radiation is one of the most powerful compositions on the album.

On vinyl, Radiation closes side one and the triumphant Is It Long 'Til It's Over? marks the start of the flip side and this air of optimism continues with the most uplifting track on the album Birth of A Nation. I could see this being a big festival favourite next summer.

That's The Way It Should Have Begun has an infectious beat, and a real feel of euphoria. As tempted as I am to skip back and immediately listen again, I resist and instead listen to the penultimate track They're Talking About You Again, with Erland now singing about a different kind of love. Daughter ends the album and is a beautiful, stunning, reflective ballad with only Erland's vocals and a muted, lullaby-like piano for accompaniment.

This is the first Erland and the Carnival album I have listened to. There is a real diversity and richness to the LP, with a track listing clearly selected for vinyl. On the strength of this, I would definitely delve into their back catalogue and explore further. Fans of The Miserable Rich and Mostar Diving Club wouldn't be disappointed. Whilst others have the band pigeonholed, I will refrain from giving Erland and The Carnival a pointless label. In "Closing Time" they have produced a fine collection of songs. Let's leave it at that.

Closing Time is out now.

Email ThisBlogThis!Share to TwitterShare to FacebookShare to Pinterest
Labels: Erland And The Carnival