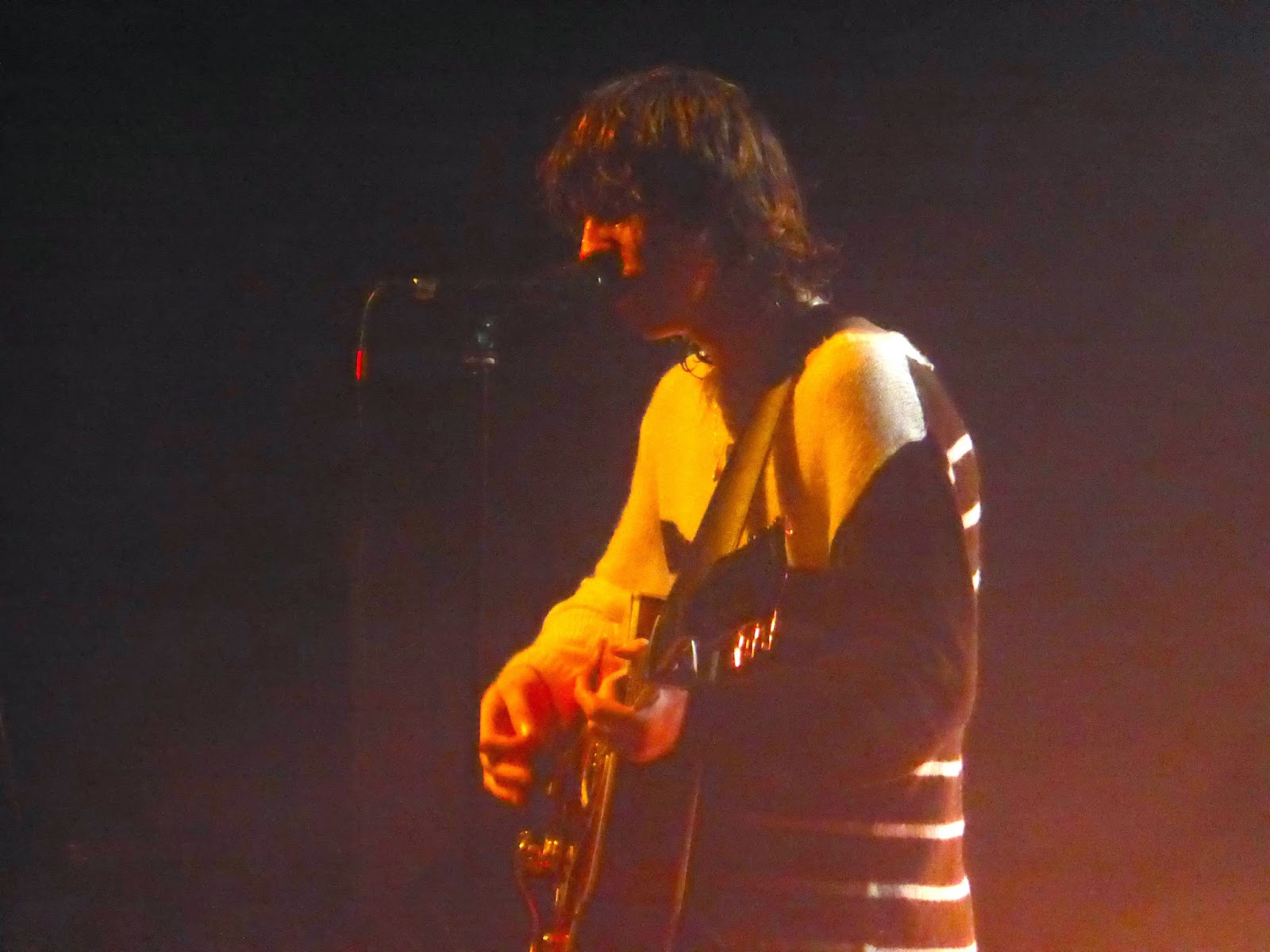 It's been a meteoric rise this year for Catfish And The Bottlemen, who've gone from playing FAC251 and the Night And Day just over twelve months ago to selling out The Ritz tonight and the much-bigger Academy in March.  We caught them with an audience that didn't stop bouncing from the moment they came on stage.

It'd be easy to be cynical about the rise of Catfish And The Bottlemen.  They're tied in with Communion Music, linked to Mumford And Sons, XFM and Universal Music and you might think they've been groomed for this moment.  That said, looking at the faces of joy of 1,500 people, most of them half our age, going absolutely wild for 55 minutes, even the most cynical would have to admit that those links gave them a rope and instead of hanging themselves, they built a ladder and climbed out of the toilet venue circuit they'd been frequenting for years onto these stages and the bigger ones that await them next year. Catfish And The Bottlemen are the real deal.

It's also easy to see why they've suddenly exploded in a way no one would have imagined just a year ago.  In their debut album The Balcony they've produced a record that speaks to the youth of today in a way that a million X Factor winners or boy bands never could.  They have loud guitars, they have a front man in Van McCann with effervescent non-stop energy that girls swoon over and boys want to be and they have written songs that deal with love, sex and friendship that people can relate to.  Everyone in this room is a Bottleman or woman.

They play The Balcony in full, nothing else, no attempts at throwing in some new songs that the audience don't know.  They're savvy enough to recognise that there's a lot of people in the room tonight seeing them for the first time and that first time you see a band is important in whether you follow them or not, so there's no recourse to their early EPs that most people don't know exist or a throwaway cover.  It's songs that people have taken to their hearts and their heads in the past three months since The Balcony came out from start to finish.

They've taken to the bigger stages like a fish to water.  Van is as charismatic as ever, he has a great love of Manchester which he tells us at every opportunity (and the response is a deafening chorus of Manchester la-la-la, a little cringeworthy at the best of times and a bit more so given they're not Mancunian) and he loves his audience.  The other three say nothing all night, but they don't need to. Near the end where there's a girl in the crowd with a Catfish sperm t-shirt on (don't ask) and as the song changes key, Van points at her and says "nice t-shirt", making said girl's year no doubt.

Catfish now feel like an unstoppable juggernaut, there's that same buzz about them in the room that first album Arctic Monkeys and Courteeners generated and watching the exhilarated sweat-drenched faces piling out of the Ritz and thinking this will be multiplied threefold when they play the Academy  and similar sized venues around the land in March, that there's no stopping them.  It's refreshing to see a band get success that's so free of pretence and their only aim is to ensure everyone including themselves walk out of the room buzzing.

For now, that success is utterly and totally deserved.

Our review of The Balcony can be found here.

We also caught Catfish at XFM and HMV on the week of the album release.  Read about that here.