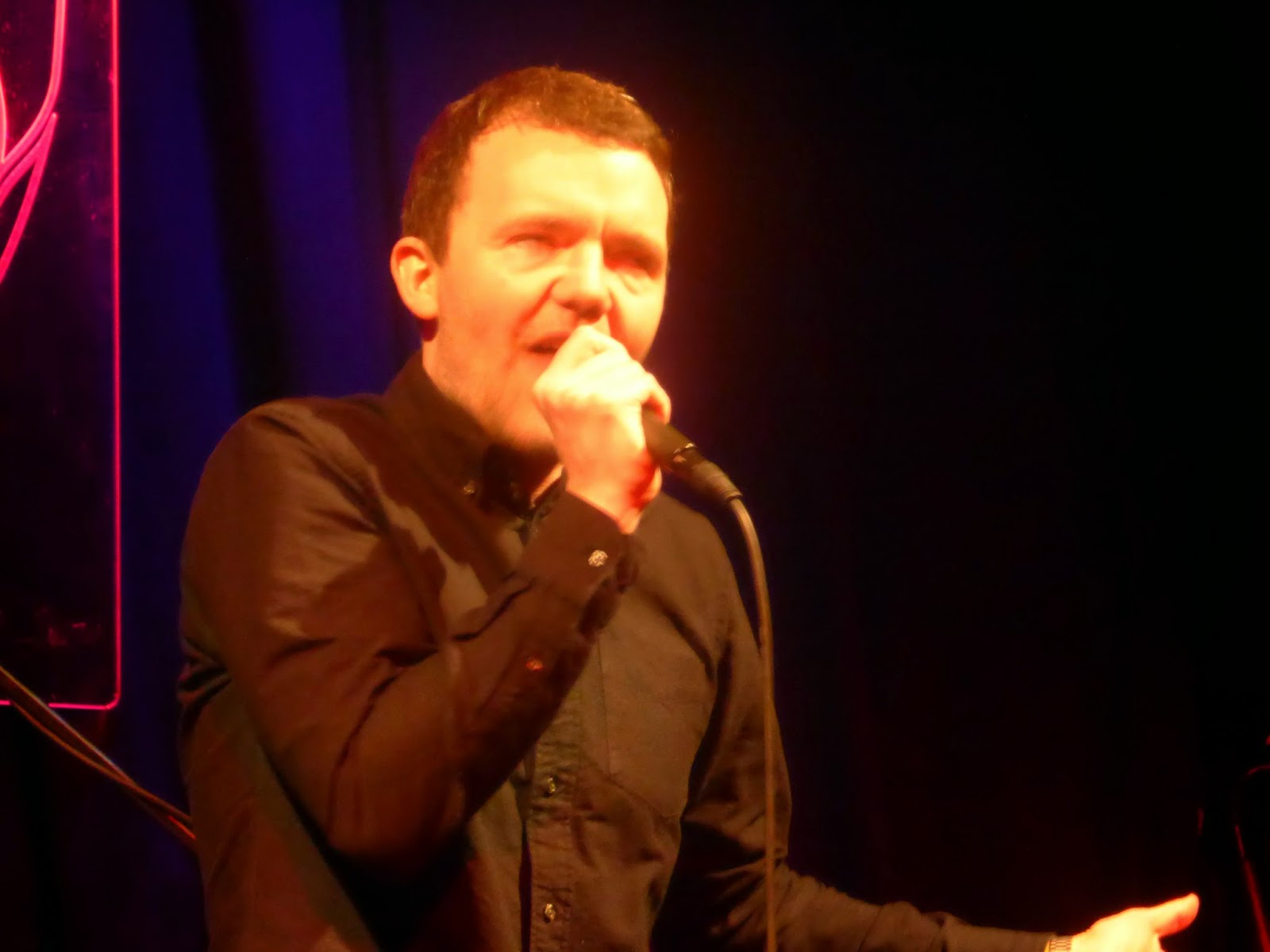 The Slow Readers Club rounded off a year that has seen them start to get critical radio and blog support ahead of their second album early next year with a headline slot at XFM's First Friday.  We went along to help see off 2014 with them.

It's been a big year for the band, cumulating in this headline slot at XFM's monthly night at Band On The Wall on the back of increasing airplay on that station for their reissue of Forever In Your Debt this week as they finish off the recording sessions for their as yet untitled second album.

The live set is what has helped The Slow Readers Club build their following around Manchester. Tonight's set is a mix of the old and new (and sadly nothing brand new as they're keeping the new new material for the album launch), so we get those three classic singles from their first album that should have made them huge.  Sirens, Block Out The Sun, Feet On Fire and, in particular, One More Minute were made for rooms much bigger than this and the crystal clear sound accentuate the subtleties of both Kurtis Starkie's guitar and James Ryan's bass. 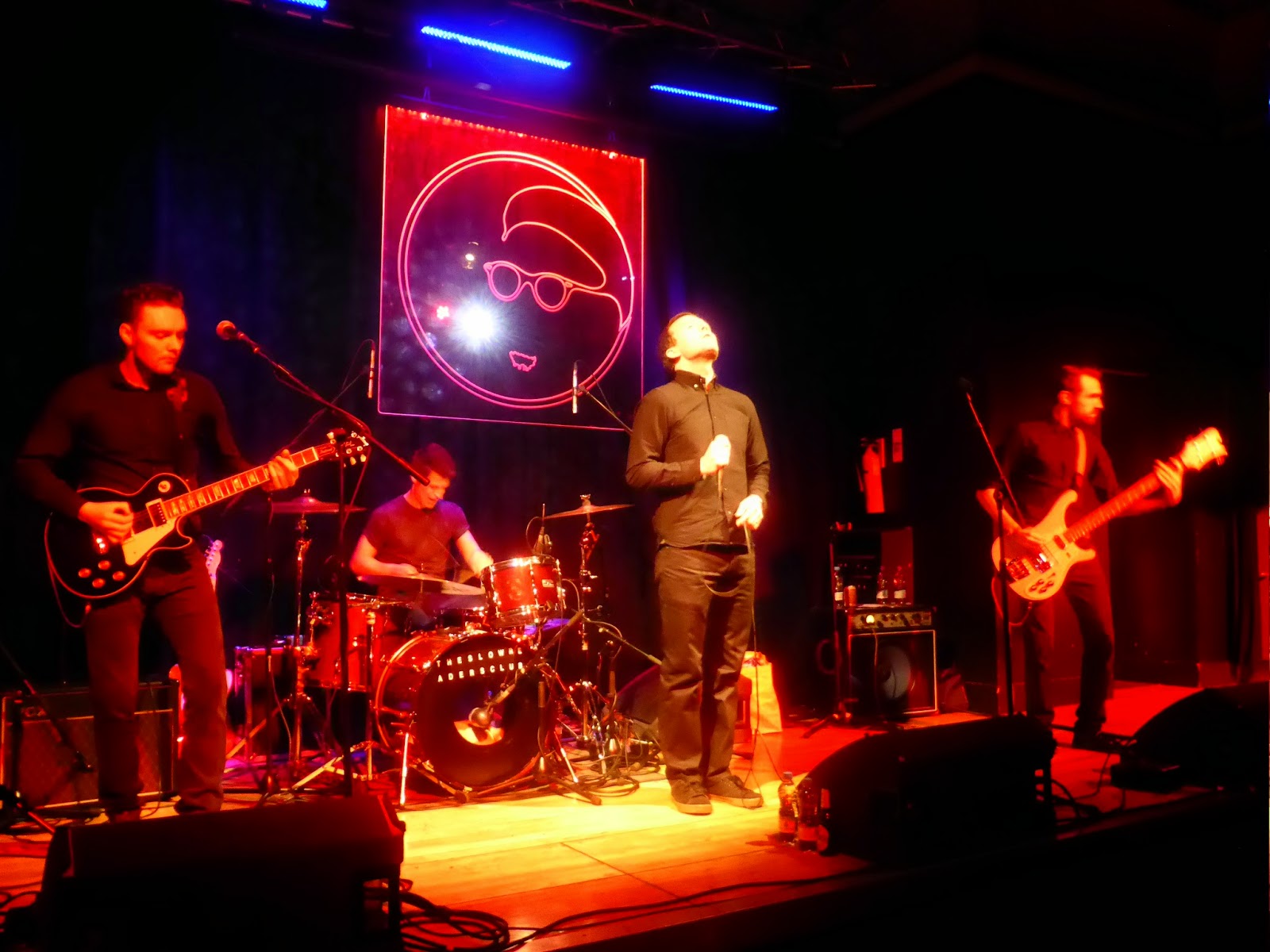 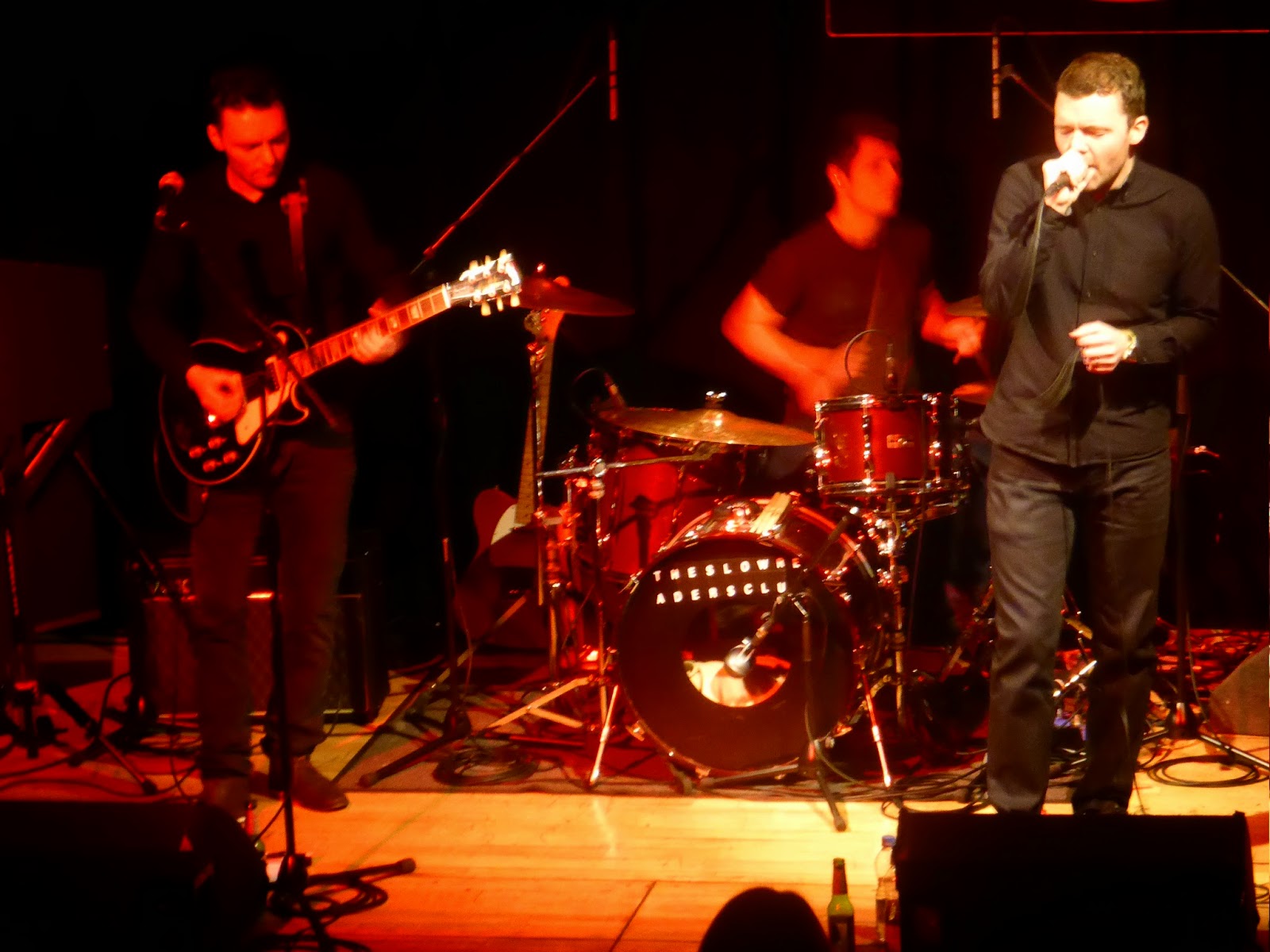 It's the newer material that has excited so many this year.  They open with the unreleased live favourite Fool For Your Philosophy, a potential single, with its driving drumbeat and guitars that Aaron's vocals gatecrash through.  There's the classic single combination of Days Like Will Break Your Heart, cruelly cast in the supporting b-side role to Forever In Your Debt, when it's a song that in its own right that many bands around Manchester would kill to have as their lead track.   But when you consider that this year they've released Forever In Your Debt, which closes the set tonight and would probably be Even The Stars' single of the year if we did such a chart, the more contemplative Don't Mind, which tonight demonstrates the range in Aaron's voice and the stomp of Start Again, you see exactly where that excitement for the new album comes from.

Lost Boys sees star of guitar and screen Kurtis (due to an appearance at Carla's wedding on Coronation Street) share vocal duties with Aaron.  It's great to see the camaraderie as Aaron mouths every word Kurtis sings off-mic.  They also play a new song Cavalcade, debuted at their September Night And Day headline show, another song where the guitar and bass create a huge wall of sound around which Aaron wraps his vocals, it's obviously a Slow Readers song, but they've managed the mean trick of creating a distinctive sound of their own whilst ensuring that every song is different to the last song and not merely repeating a formula as so many bands have done.

In a sense this was a transitional gig, playing songs that have served them so well over the past few years with the gradual introduction of new songs before launching a series of new material on us next year.  As a farewell to 2014 and possibly some of these songs from the set, tonight cemented their position as a band set for bigger things in 2015, particularly now tonight's hosts XFM have come on board as well as the longer-established 6 Music support.  But at the end of the day, it's the quality of the songs and the strength of their live performances that has made an increasing number of people fall in love with them.

The Slow Readers Club played Fool For Your Philosophy, Sirens, Days Like This Will Break Your Heart, Don't Mind, One More Minute, Lost Boys, Block Out The Sun, Cavalcade, Feet On Fire, Start Again and Forever In Your Debt.

Video by Mancmusic - check out other songs from this set as well as plenty of other live footage on his You Tube channel.