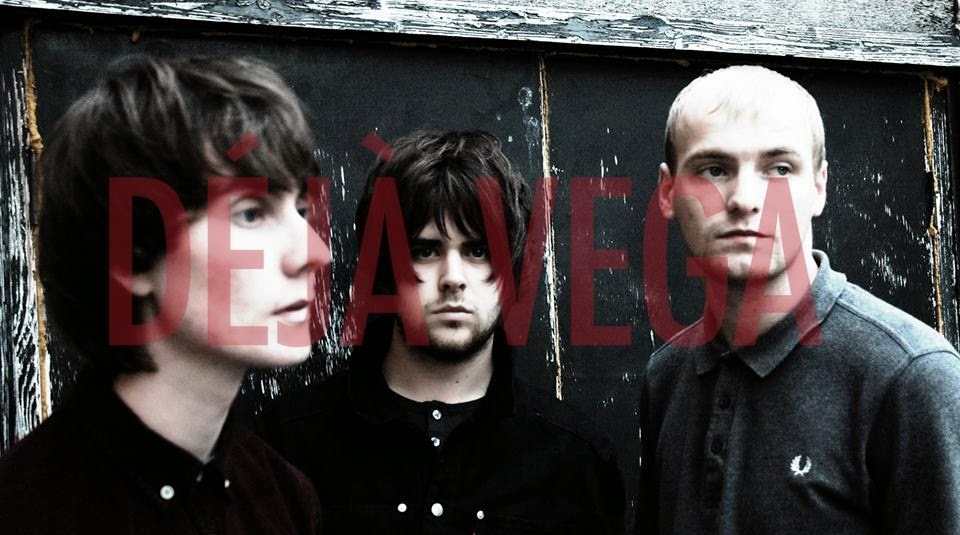 A couple of weeks ago, we tipped Déjà Vega on Shell Zenner's Amazing Radio show.  We caught up with front man Jack Fearon shortly after to find out more about them and their plans for 2015.

Hello Déjà Vega, please can you introduce the members of the band?

Hello Dave. Déjà Vega are Michael Newton on the bass guitar, Tom Webster on the drums and I'm Jack Fearon on Guitar and vocals.

Your name is quite interesting - where did you come up with it?

Thanks, the name was thought up by Mike. When it came to thinking of name's we had loads of ideas running around from old Sci-Fi references and stories. The name made an appearance from those clash ideas.


The track we tipped on Amazing Radio is Fun Time Jack, can you tell us a little more about what the song's about?

The story of Fun Time Jack came from the short time I spent at university. I made some friends from my halls and the course I was on, and planned for a house share in the second year. Sadly, I failed the course and so the lads had to find someone to replace me, and along came another Jack. To say the least, he wasn't very fun. So when I used to go and visit, my mates would tell me all that had gone on with this guy and they use to call him "No Fun Jack" and I was "Fun Time Jack". But I personally think, even after all their horror stories, he was a lot more fun than me...

We've been following you since you formed and you now have quite a large catalogue of songs and seem to be constantly adding new ones.  What are your plans to release these?

No particular plan as of yet, just writing and recording the songs and see what feedback comes from them. Keep getting better, keep playing gigs and hope more people like it.

How do you write your songs?

A lot of the songs are written as a group. Most of the time I will start off with an idea for a song and I will quickly grab my guitar and record it on my phone or if I'm in work I will sneak off and do it vocally. Whether its a guitar, bass, drum beat or a vocal hook, I will send it to the rest of the band and they will take it away and work on it, then when it comes to practice we all put our efforts in and try make something of them. Sometimes though it can just come from having a jam and us three liking it and working on it for the next three hours. We're writing loads though, we get a new song every week

Live, you're incredibly powerful both aurally and visually and your shows are never the same.  Do you plan what's going to happen or do you just let rip and see what happens?

No particular plan. Just go on stage and play the songs. If it feels good, it will be good. Tom and Mike play really tight which lets me try new stuff, but we always get back to the tune.

You've been lazily lumped in with the psyche scene, but you're different to most of the other bands that have been labelled that.  How would you describe your sound to someone without playing them any songs?

Déjà Vega play two Manchester shows soon - The Zombie Shack next Tuesday, December 9 and then the Deaf Institute on January 30.