Stockholm Monsters - All At Once 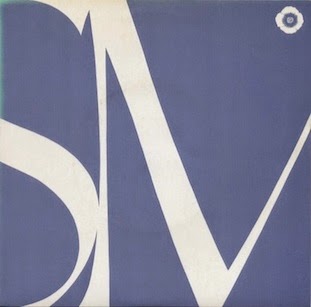 
Any true fan of Factory Records or Manchester music already knows the story of Stockholm Monsters. Formed in Manchester in 1980, they were signed to Factory in 1981. Discovered at a show in Manchester when the band were still in their teens,  Peter Hook took the young band under his wing and went on to produce the majority of the band’s catalogue under his Be Music alias. New Order were themselves still young yet all the band members were tutored either consciously or subconsciously by their producer Martin Hannet. Barney and Stephen worked with "those clever bastards from Blackpool " Section 25 whilst Hooky was responsible for overseeing Stockholm Monsters.  By 1987, they were on the verge of national acclaim but despite recording some promising demos, they disbanded. They left behind just one LP and some classic singles. Vampire Weekend seem to have spent their entire career copying them.

Their small back catalogue commands healthy prices on the second hand market. At long last, they are available again here on vinyl. Debut single, produced by Factory stalwart, the aforementioned Hannett, Fairy Tales appeared in 1982, and is included here as a 7" with B-side Death Is Slowly Coming. The remainder of their catalogue is presented as a double LP set, and presents Alma Mater as it was originally conceived for the first time.

Opening with Terror, there is a Pistols influence to Karl France's bassline yet an electro influence on the band too. Despite the title, Terror is an upbeat opening before the poppy cowbells of Where I Belong take over and they sound like their Factory companions James. Decalogue is a slower, stripped back number. It is stunning. Singer Tony France delivers a powerful, heartfelt vocal.

Whilst Stockholm Monsters were clearly influenced by local heroes Joy Division and to some extent Kraftwerk, they had a sound all of their own. Alma Mater is a real mix of pop songs like Life's Two Faces with some darker moments, such as Winter. All At Once is another great pop song featuring a funky rhythm section and trumpet. The original LP featured 10 tracks but this new pressing adds Your Uniform and Life's Two Faces. Like the very best bands, Stockholm Monsters are impossible to pigeonhole, and don't appear to have any contemporaries. Alma Mater stands the test of time. A well produced collection of songs and deserves to finally be heard by a wider audience.

The second LP gathers up their singles and B sides, although not presented in any kind of order. The Longing, a B side from March 1983 has a bass line which a young Jim Glennie must have heard and admired. Militia, from 1987 has a harder edge before the highlight of the second disc, Partyline.  The recording and release of Partyline was much delayed. It was generally considered to be the record that would lead to their breakthrough. They even promoted it on Granada TV, with a young Richard Madeley interviewing them. The quality of their B sides was apparent too with tracks like Kan Kill.

Drawing early praise from NME and Melody Maker, along with touring with New Order, the band seemed set for success. However, they never quite made it. Their recorded output was far better than the C86 movement of the time. The 'Monsters seemed far more innovative, creative, real and determined than that scene. For me, they were easily one of the finest bands to emerge from Manchester. They were clearly ahead of their time and, dare I say it, they could have been as big as The Smiths. Everyone who heard them loved them. Tony Wilson loved them but couldn't sell them. Now is the time for you to fall in love with them too.