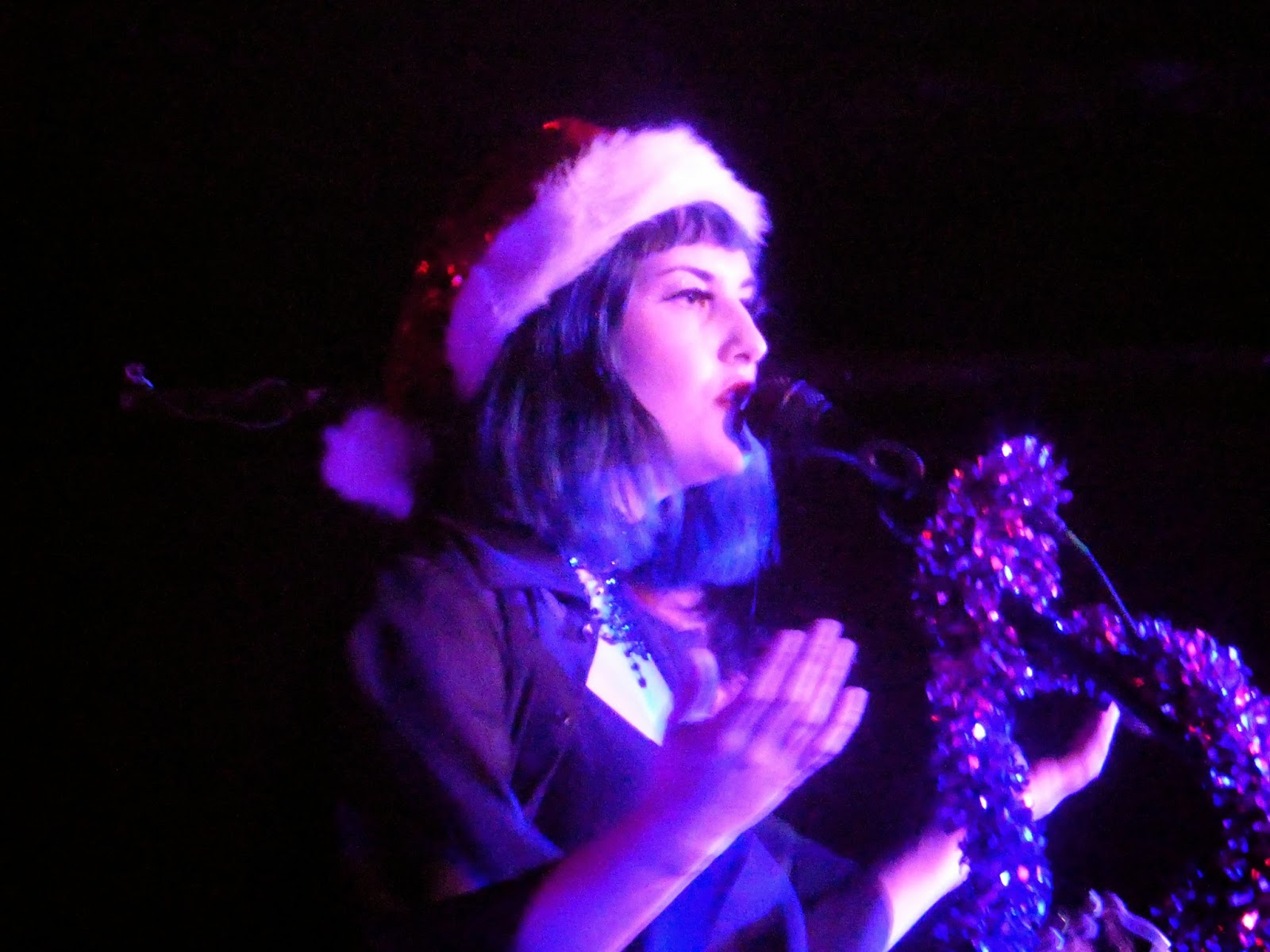 It feels a long long time since Ren Harvieu stunned the music world with her debut album Through The Night and we're still eagerly anticipating the follow-up.  Tonight though she makes us all fall back in love with that voice as she performs a selection of tracks from her debut as well as a series of Christmas songs.

There's a festive atmosphere in the Ruby Lounge tonight for this show billed as Ren's Christmas special.  There's a few ladies who've consumed a few too many sherries before coming in who insist of gabbing away whilst Ren's singing, clapping badly out of time, providing commentary, whooping at stupid moments or worst still trying to impress us with their attempts at matching her, but thankfully even they are silenced for most of the show and we're left to enjoy and marvel at possibly the most stunning female voice this country has produced in decades.

The band come on stage dressed in Santa hats (as does Ren) and strike up the opening bars of The Train Song before Ren makes her entry, dressed in a stunning black dress, and from the minute she opens her mouth to sing, we're utterly captivated by her.   She still has that nervous giggling Salford charm, that sense of wonder that so many people appreciate her voice and come to see her, but she seems far more confident than she did back when she first came on the scene, giving a shout out to her mum and dad at one point and explaining the story behind how Love Is A Melody came to close the album.  Her backing band, featuring at different parts of the show keys, drums, sax, violin, bass and guitar are excellent too, creating the pallet for her to let go and show the range of her voice, both when singing and harmonising.

The first part of the set is a mix of tracks from her debut album as well as the stunning For You, which somehow didn't make the cut. The music is more upbeat than at her shows in the summer and this works perfectly with her voice, particular the sax when it combines with Ren to great effect to give a classic music hall feel to the sound, particularly on Walking In The Rain and set closer Open Up Your Arms, something that many have strived for over the years, but not with this sort of success. 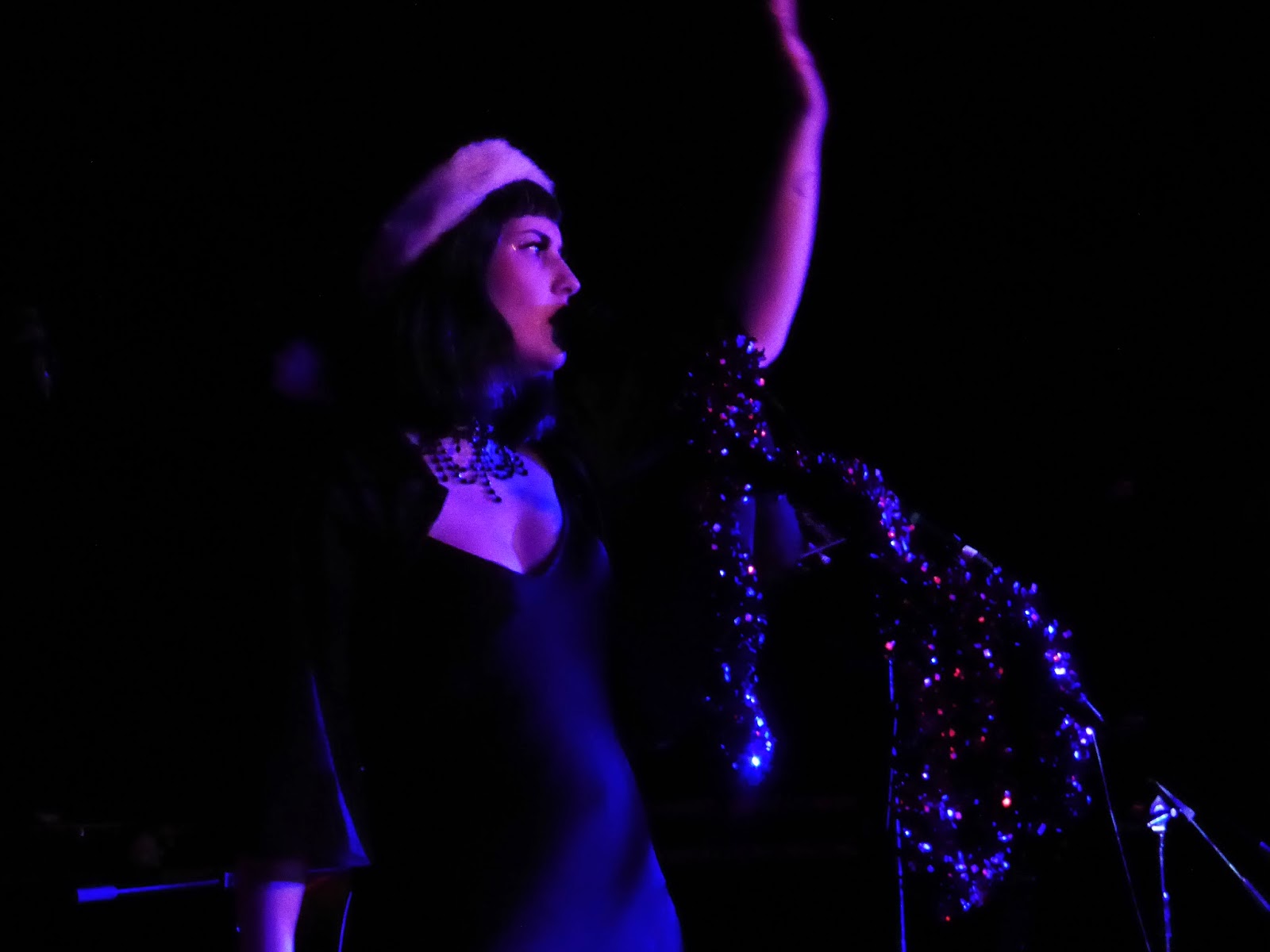 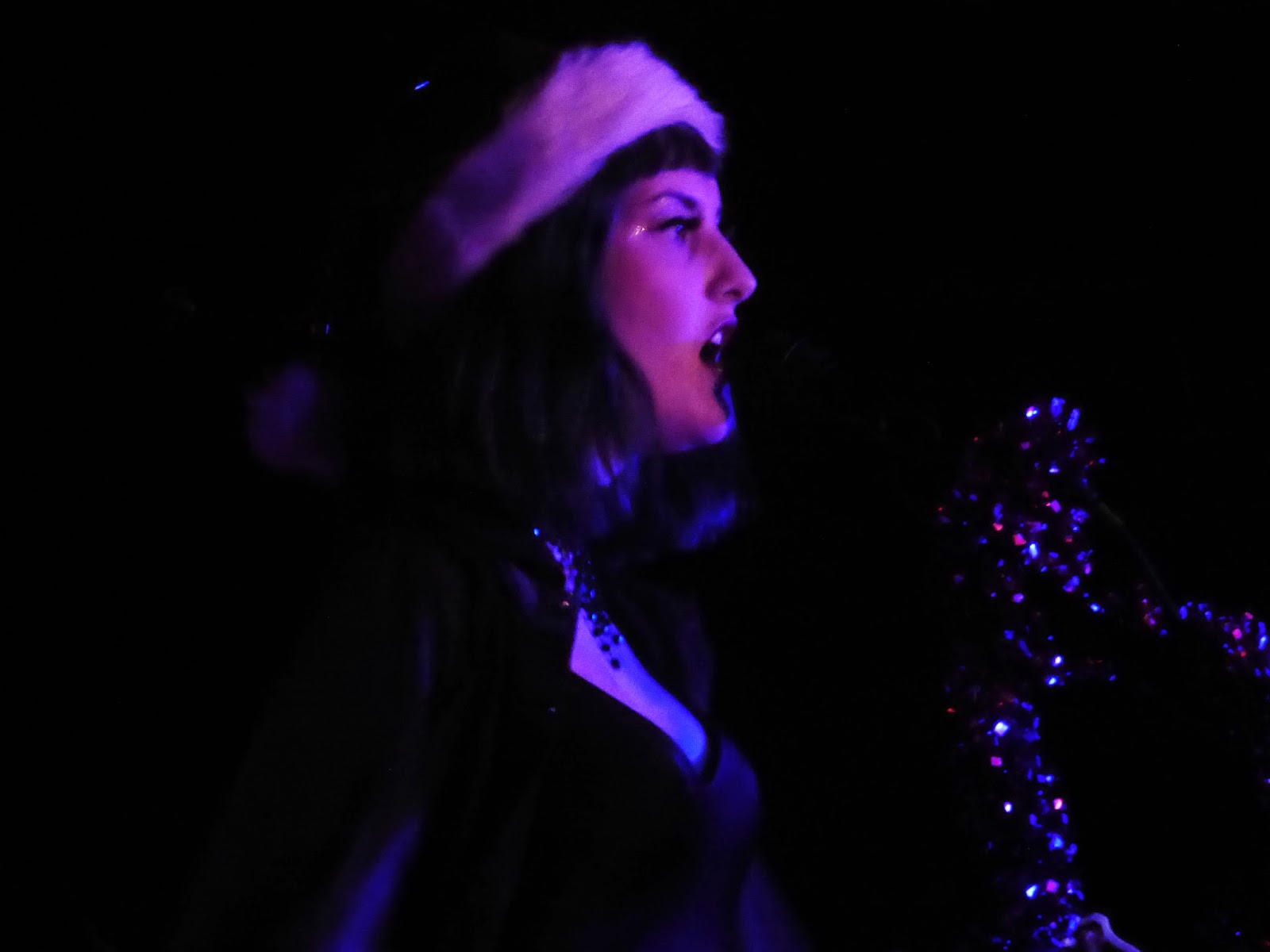 We also get the first taste of what might her second album, a song called Play The Fool written with The Magic Numbers' Romeo Stodart and promisingly it allows her to demonstrate the range of her voice as well as being a beautiful song in its own right.  She tells us to great applause that the album's nearly ready and that's she's written sixteen songs for it that should be with us next summer.

The traditional Christmas songs, which in other hands could be seen as a bit of a stunt, simply underline how stunning and evocative her voice is as well as giving her the opportunity to duet with her keyboard player on Baby It's Cold Outside and Fairytale Of New York and to get the audience to participate on the latter as well as seasonal standard Deck The Halls.   She also covers Joni Mitchell's River, capturing beautifully the depth of the song with just her and keyboards, so much so that she turns away herself at the end, almost overcome with emotion.

2015 promises to be a great year for Ren with the eventual release of her second album. It's very rare that a voice like hers comes along and it's about time that she got the proper recognition for it that didn't quite come first time round.

Ren played The Train Song, Walking In The Rain, For You, Forever In Blue, Do Right By Me, Holding On, Love Is A Melody, River, Play The Fool, Baby It's Cold Outside, Deck The Halls, Open Up Your Arms, Have Yourself A Merry Little Christmas and Fairytale Of New York